On Saturday we decided to wake up super early and drive up along the 212 to Lamar Valley so we could see the early-morning herds of bison. It was definitely one of the highlights of the trip. Sammy was so in love with the bison that he got a nano-block bison set and put it on display in his bedroom. We were out so early that we hardly saw any other cars - after the crowds of Friday it was definitely a nice change of pace.

On the way back (it was still really early in the morning) we stopped by Tower Fall which was amazing as well but the kids were pretty tired at that point.

We spent most of Saturday just driving around the loop and enjoying the sights. The kids were starting to fade and were tired of hiking so we just decided to take it easy and hang out at the campsite and do some easy driving. 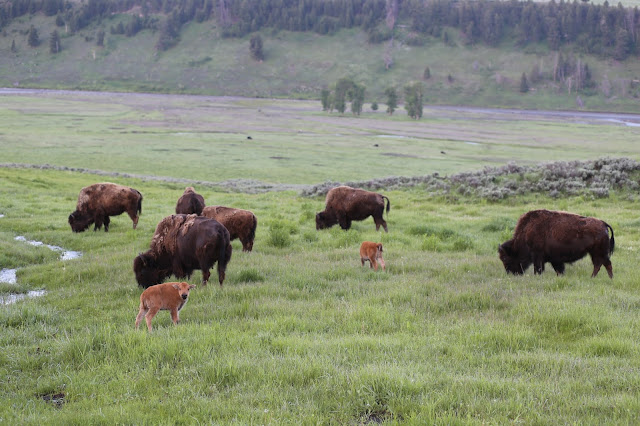 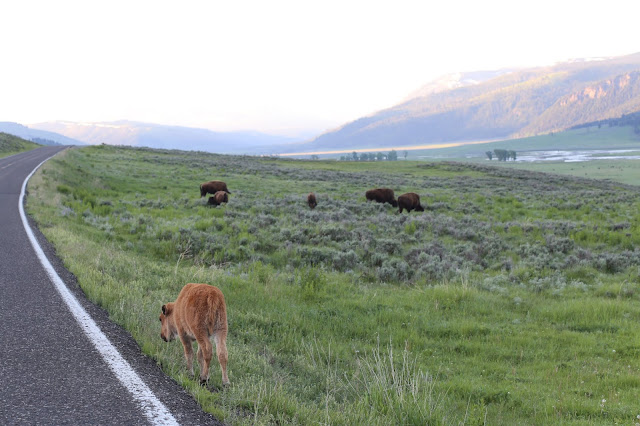 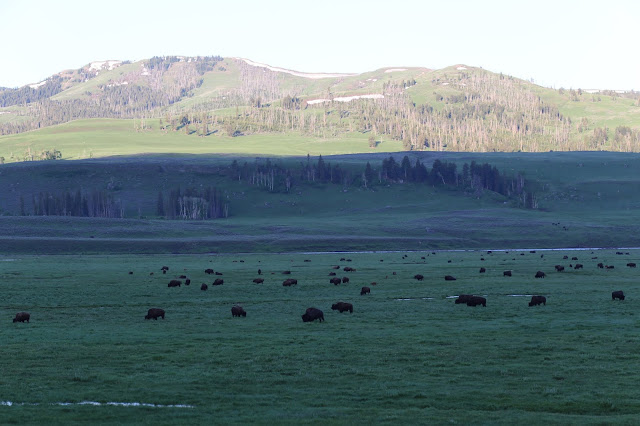 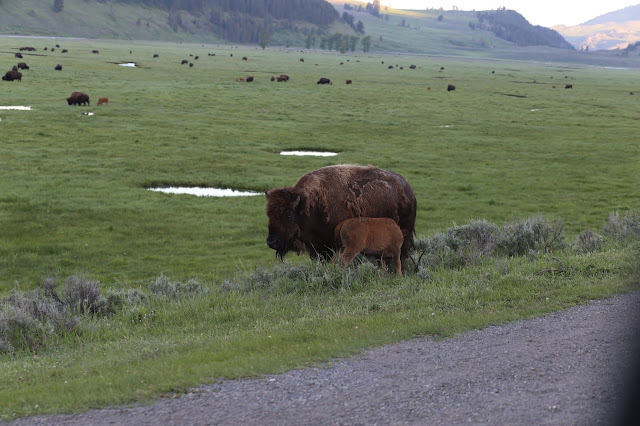 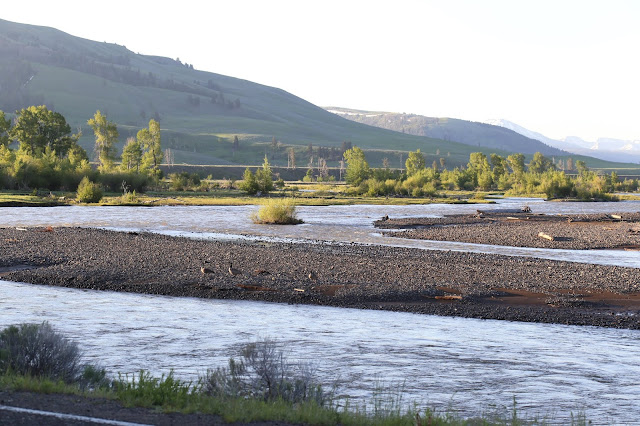 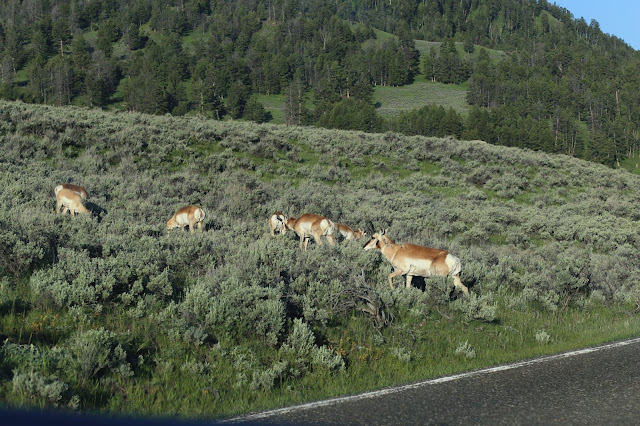 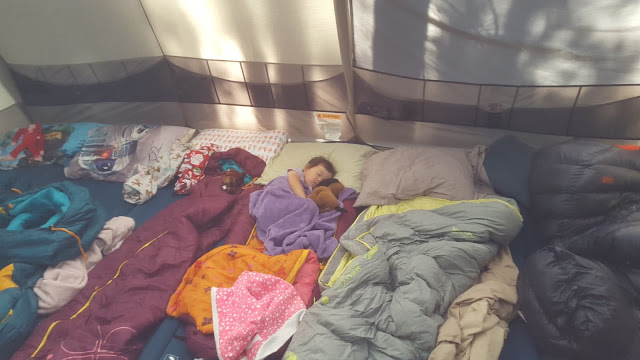 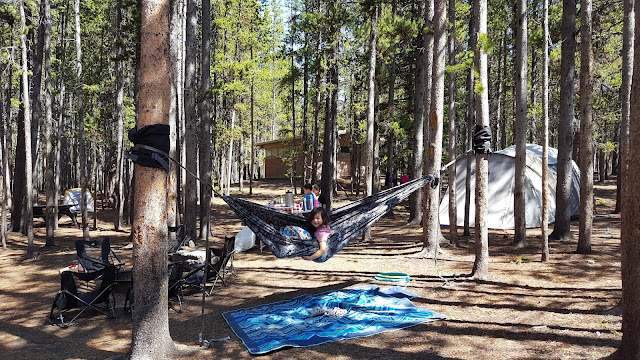 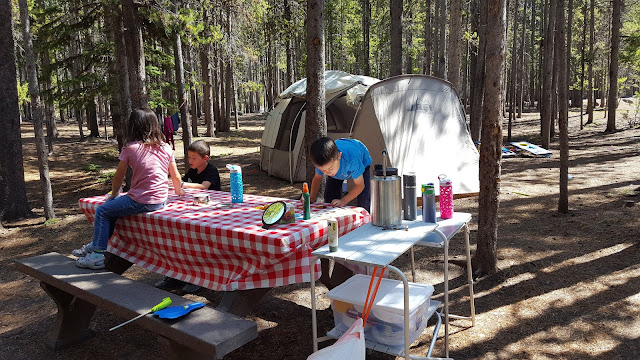 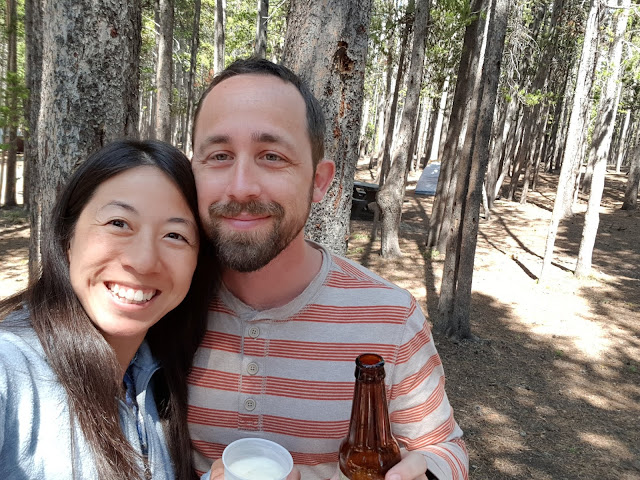 Posted by provoloner at 9:00 PM