They recently opened up a new Harmon's over by Sheena's house and about 10 or so minutes from us.  It's a magical store and on the second level they have a bunch of tables so I came up with the idea of taking the kids there for a cheap and easy outing.  I let each kid pick out any treat from the store they want and we bring a board game or two and just sit and play and chat.  It's been really fun and I highly recommend it as a cheap and relaxing way to spend some quality time with your kid.

The first time we did it I took Isaac and he brought a board game he had invented based on a video game called "Plants vs Zombies."  It was surprisingly a really well-thought out and fun game.  Isaac has been getting into board games lately and we play a lot. 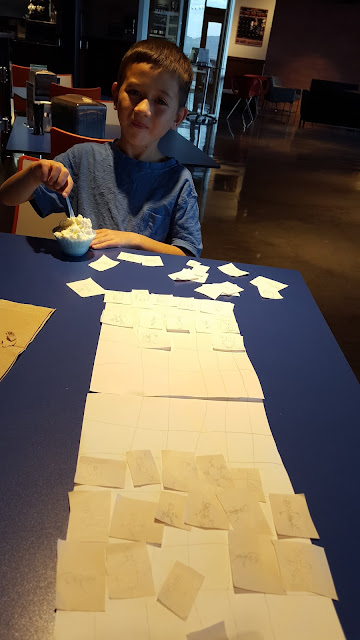 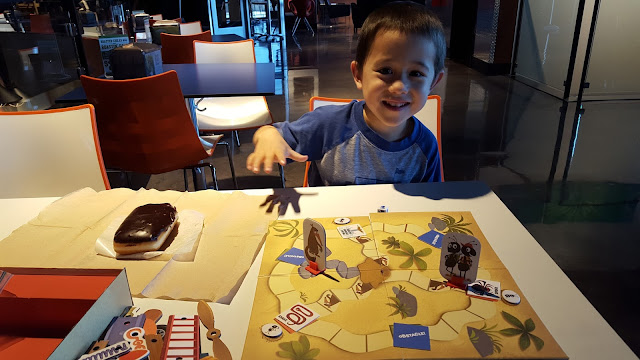 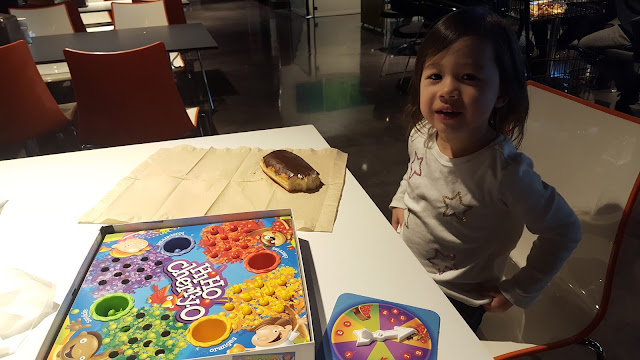 My outing with Sammy today - Chess. 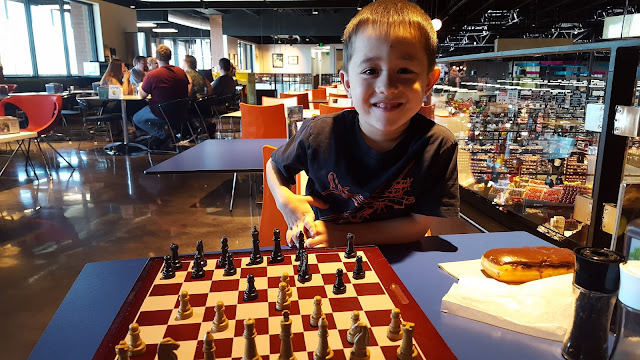 My outing with Ellie today - again with the Hi-Ho Cherry-O.  We also played Candy Land.  :) 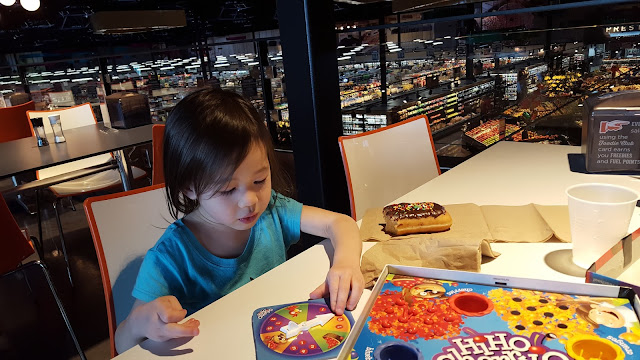 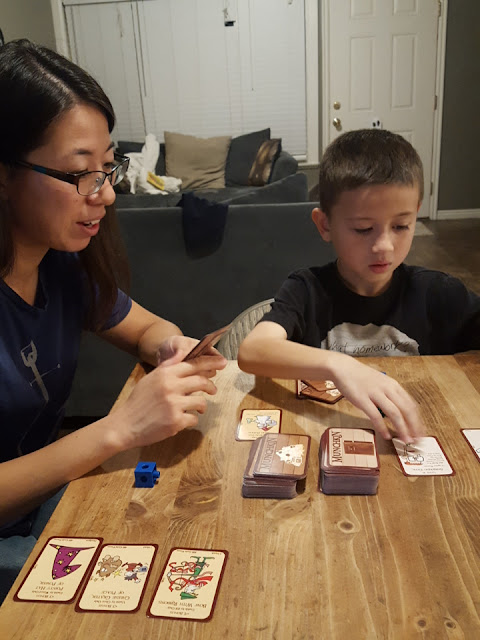