Earlier this year Elinor had a fascination with Tinker Bell.  Every story we told her had to involve Tinker Bell in some way, and she even had a Halloween Tinker Bell shirt that lit up and she wore it a lot.  So of course when she saw the Tinker Bell costume a couple months ago she just had to get it.  And then right before Halloween the Tinker Bell craze wore off.  But we made her dress as Tinker Bell anyway.  And Isaac and Sammy wore their same costumes they've been wearing since 2014:
http://www.maxsquared.org/2014/10/halloween-2014.html

Yeah, they're kind of outgrowing the costumes now.  Anyhoo, we kept with our tradition and went to Sheena's neighborhood for trick-or-treating. 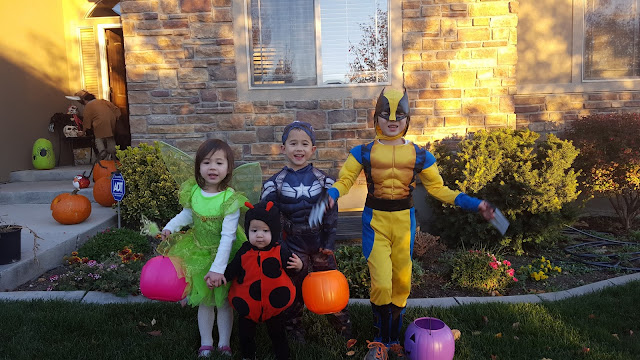 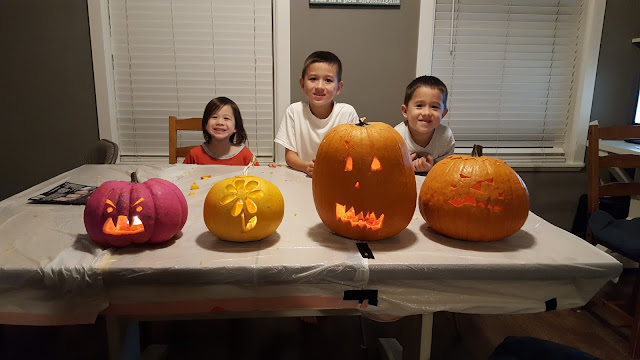 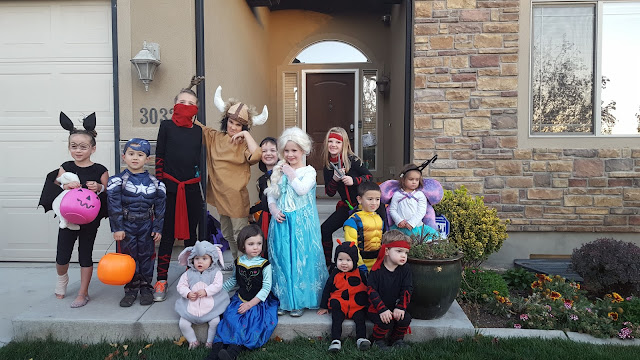