Life's been busy, so we're playing catch-up.  Which is better than playing with ketchup.

Every summer each city in Utah has its Week of Celebrating Itself, which often culminates in a parade.  Saratoga Springs' week of fun included a carnival this year, which was pretty exciting for the kids.  I remember the awesome carnival that I went to as a kid every Memorial Day weekend.  This carnival wasn't nearly as epic as the one from my childhood memory, but the kids still loved it (especially Ellie!). 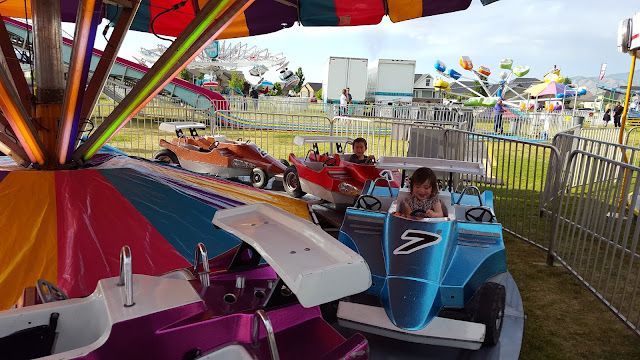 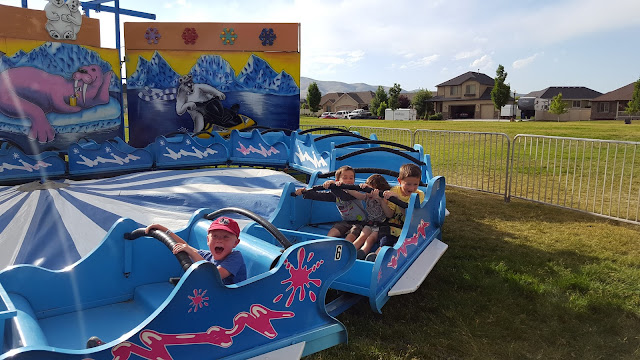 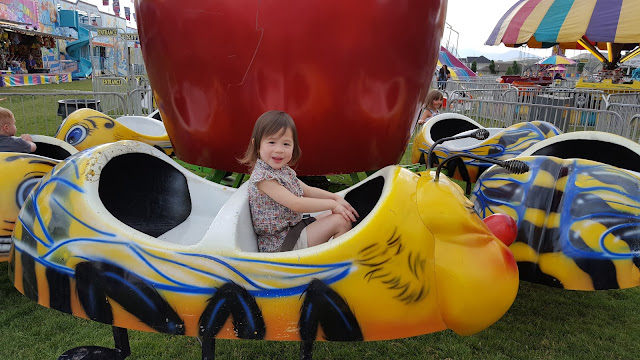 We skipped our own city's parade because of some light rain and heavy laziness that day, so I made up for it by taking Sammy and Ellie to the Lehi city parade, which is bigger anyway.  Isaac missed it because he was sick. It was super looooong this year, but at least we got a ton of parade swag out of it! 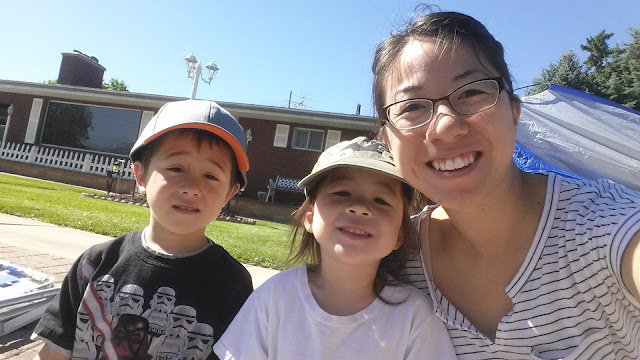 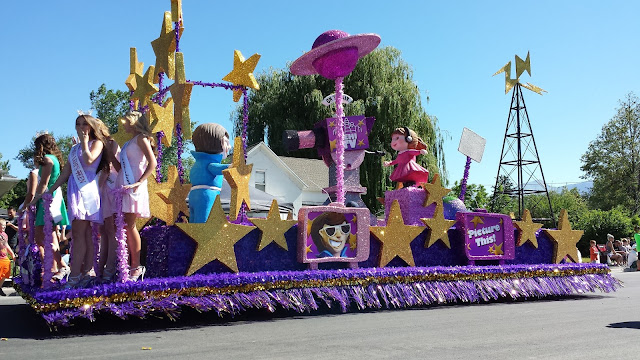 Collin took Sammy on an outing to The Leonardo, an awesome-if-small museum in downtown SLC with all the learning things.  They loved it so much we ended up getting an annual membership for the family.  Sammy especially loved this optical illusion - this mirror made it look like you were touching an upside-down 3D hologram of yourself. 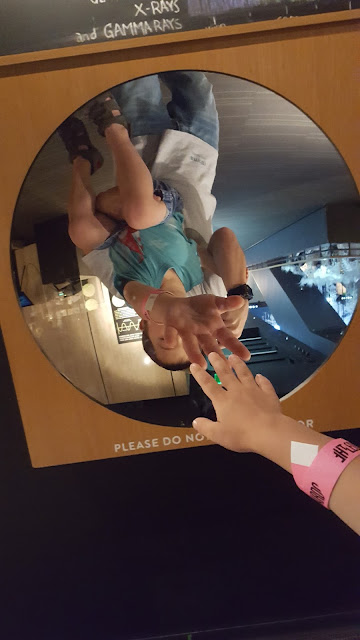 We spent a lovely Sunday afternoon in Big Cottonwood Canyon in a nicely secluded spot.  It was gorgeous and green, and the kids loved rock hunting and throwing rocks and sticks in the river.  They tried sticking their feet in, but the water was too cold to play. 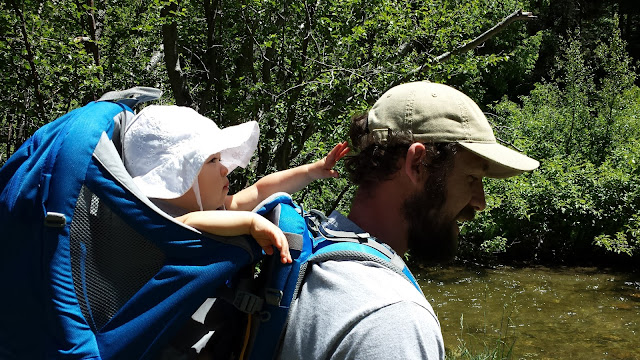 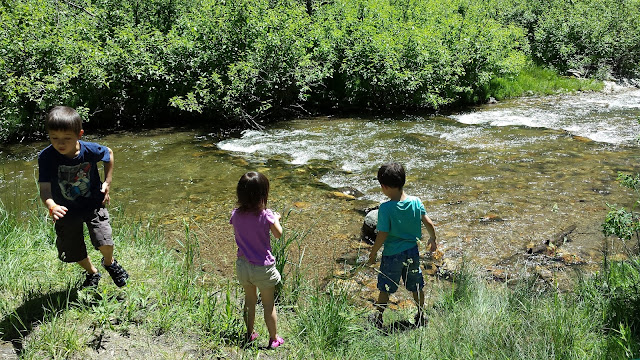 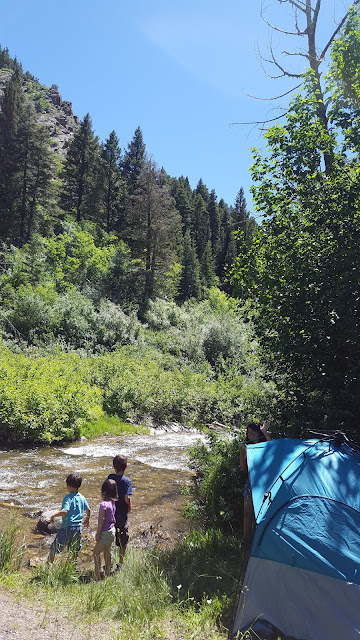 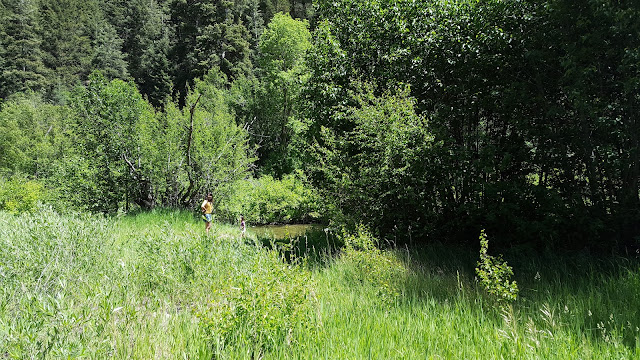 Baking happened: blueberry nectarine pie with a star-shingled crust, and a test cheesecake for an order. 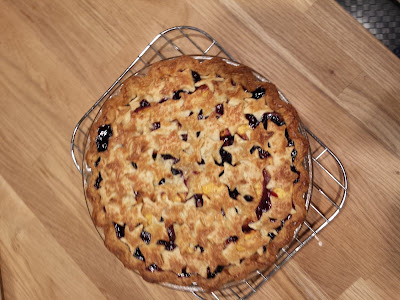 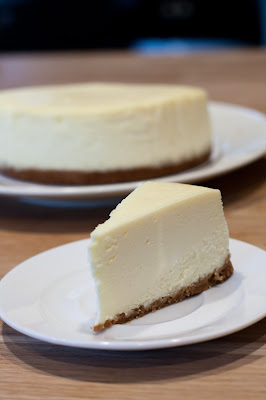 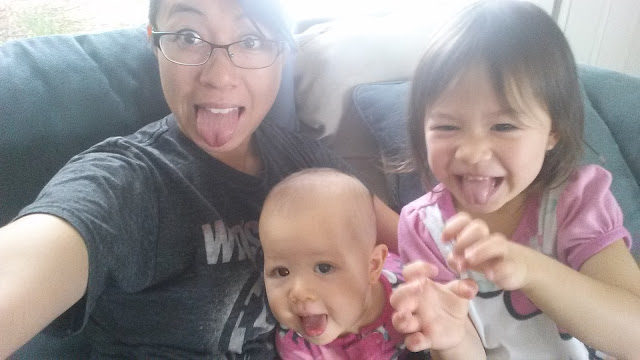 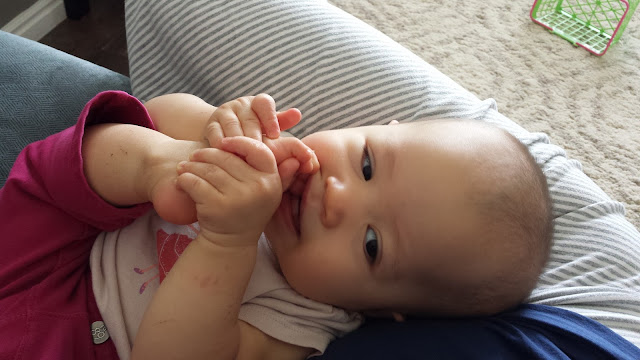