I'm two weeks behind and it's picture overload time!

We had parent-teacher conferences a couple weeks ago.  Both boys' teachers were thrilled with their progress.  Isaac is reading at well beyond benchmark level, so much so that his teacher stated she needs more advanced books for him in the classroom.  He still prefers to stick to the Captain Underpants, Jedi Academy, and Notebook of Doom series.  And Sammy is officially a reader now!  He can read most simple and many medium words. You can catch him quietly whispering words to himself as you read to him or as he's reading something.

Sammy went to the dentist on Feb. 25 for a cavity filling.  He was so brave and didn't so much as twitch the entire time the dentist was working on him.  They gave him laughing gas and a shot of Novocain while he watched a movie up above.  When things started to go numb he asked me, "Why can't I feel part of my mouth?" To which I replied, "Because the dentist just gave you a numbing shot." " What!?? They did!?? Cool!"  Only the amount of slurring prevented him from sounding quite as impressed as he really was. 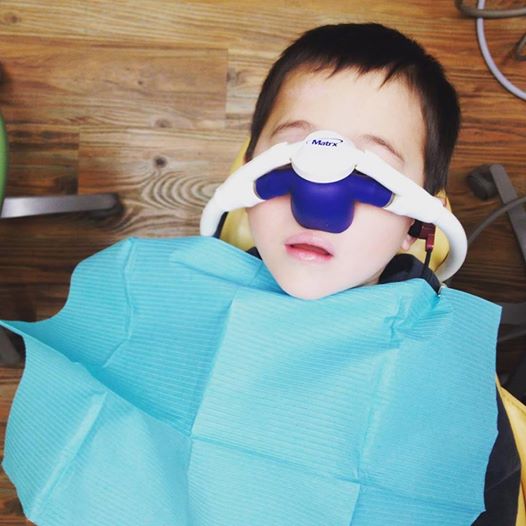 The weather has been gorgeous for the past week, reaching up to the mid-60s.  The whole neighborhood has come out of hibernation. Why, just the other day it was so warm (read: 65 degrees and partly sunny) that I put Ellie in her new springtime dress and she had an impromptu dance session (that happens a lot with her).  This girl is so full of light and life!  Sometimes I just watch her and marvel at her joie de vivre.  The last picture is super blurry, but I think it perfectly captures Ellie's essence. 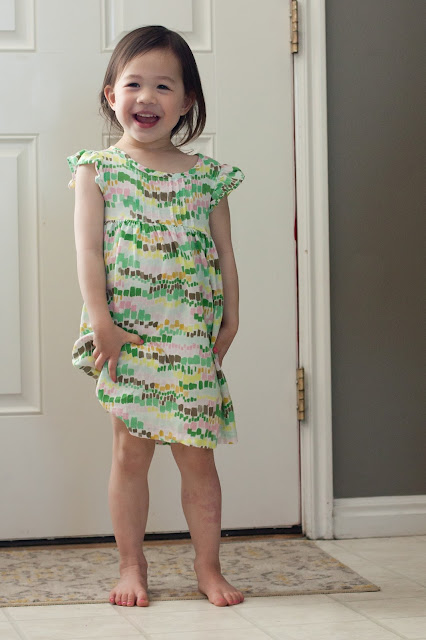 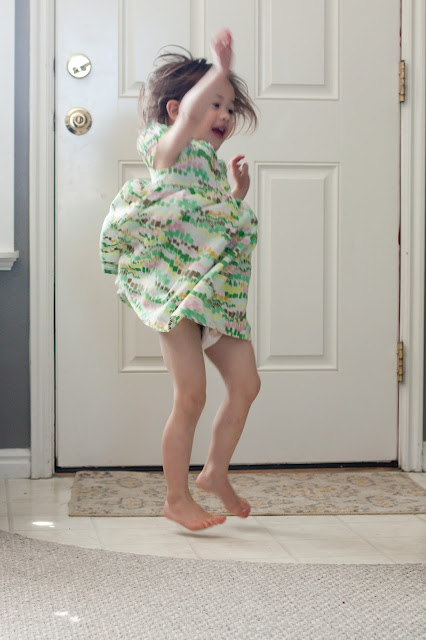 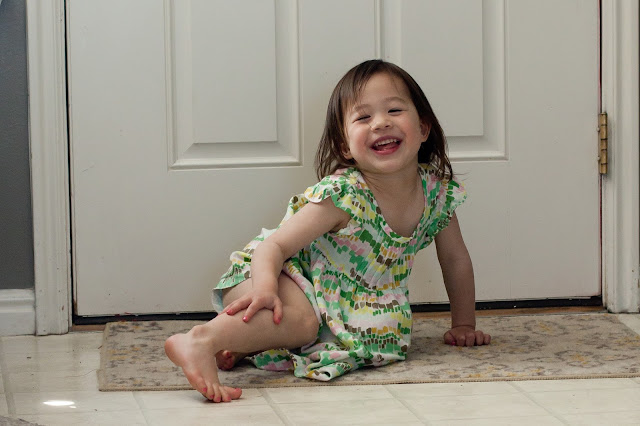 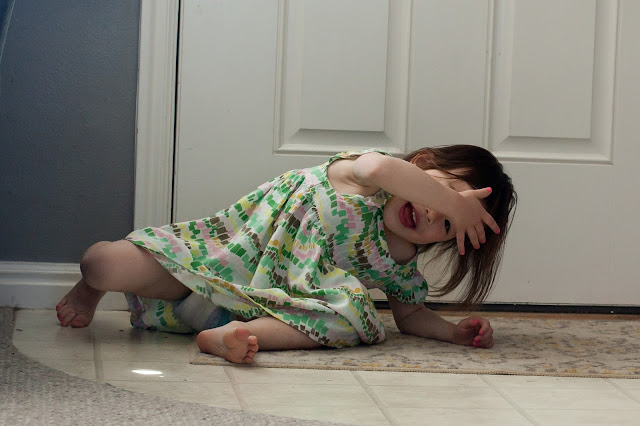 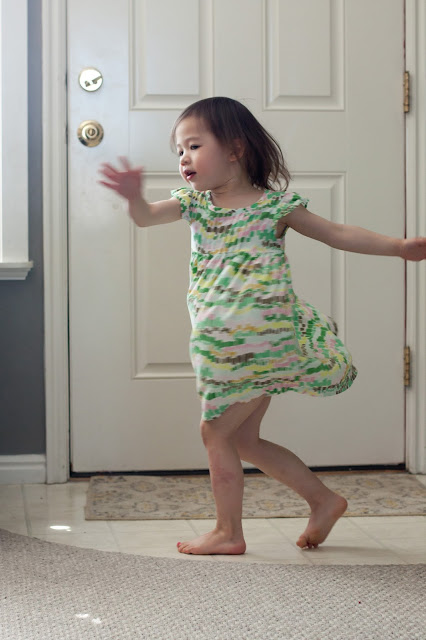 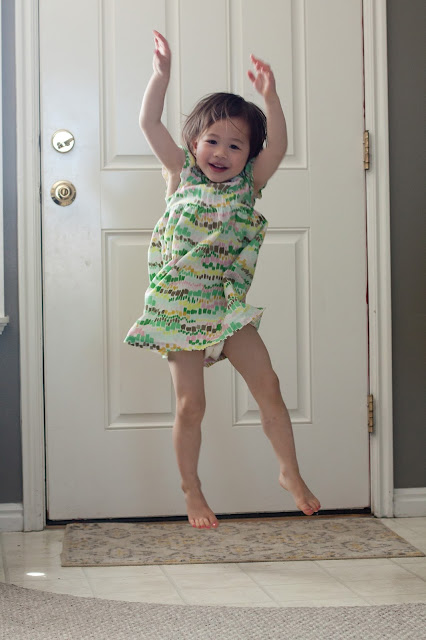 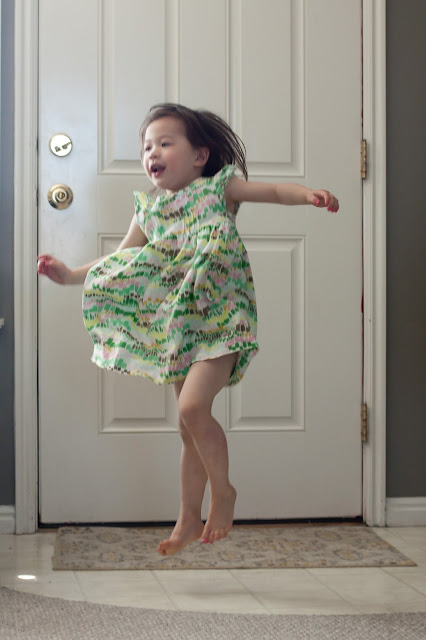 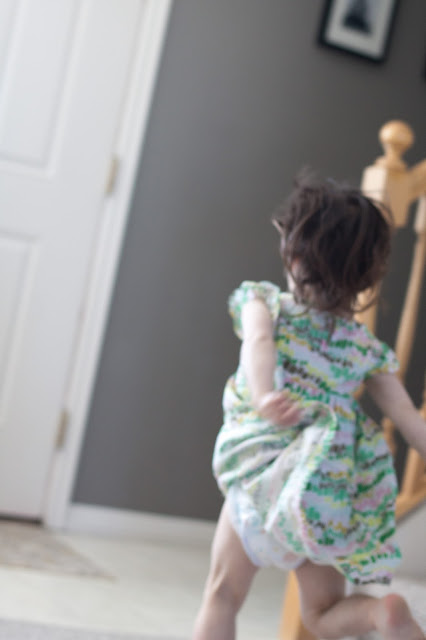 Daisy continues to be super cute and sweet.  She has no problem sitting up on her own and rolling onto her stomach now, though rolling back to her back is still a no-go. She happily munches on anything within reach.  She loves to eat, nurse, jump, throw herself violently backward, nod and/or shake her head emphatically (especially when Sammy acts silly near her), smile, and babble (though I could swear she only says "ma-ma-ma" when she wants me).  She hates tummy time, other people holding her, and sleeping at night (it's gotten worse again!).  The whole family sure loves her, and her siblings completely dote on her. 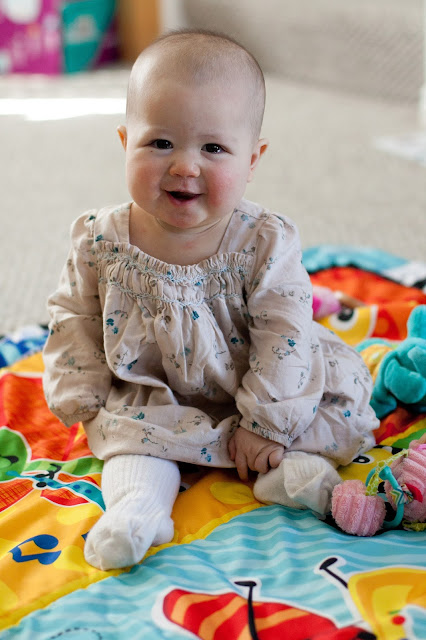 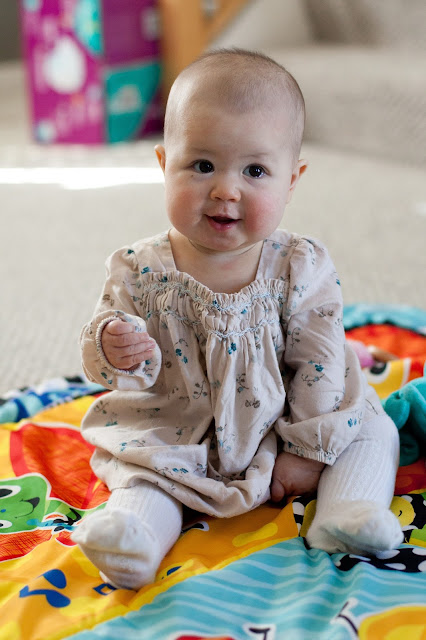 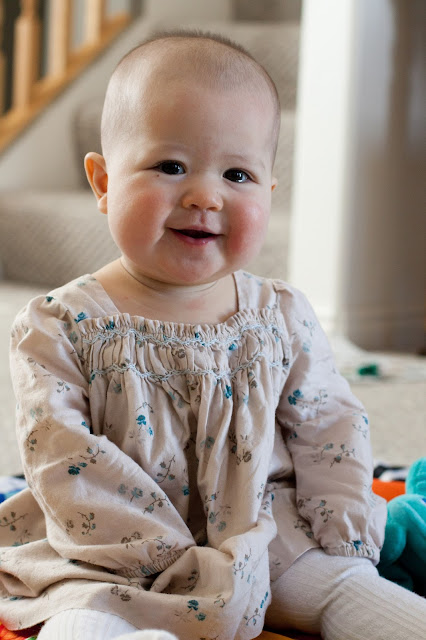 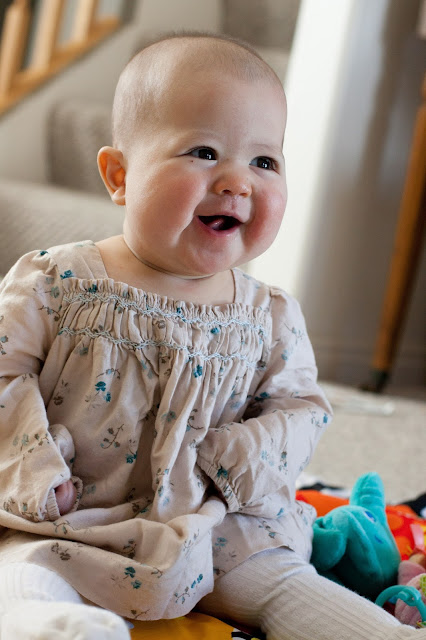 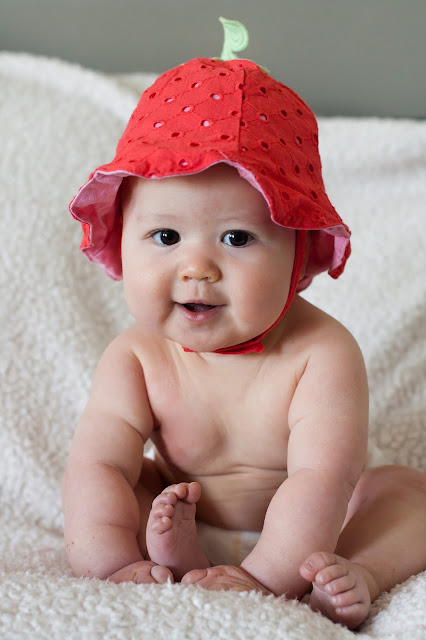 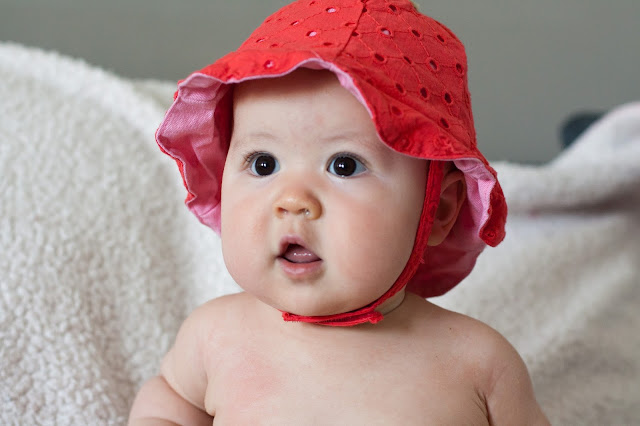 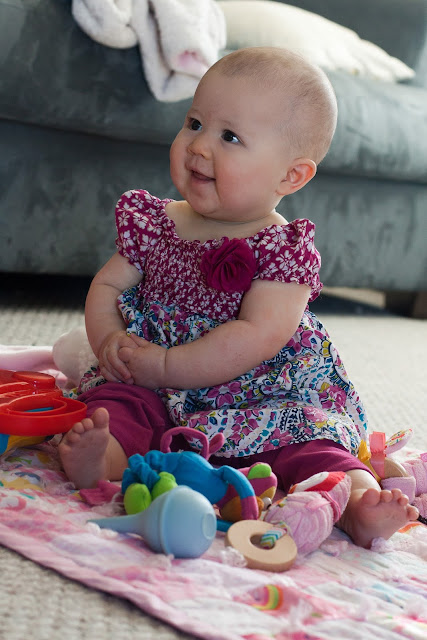 I'm a fairly lazy parent, but I'll occasionally manage a burst of non-laziness/creativity.  The other day Sammy requested that I make ooblek, a crazy viscous/solid/liquid cornstarch and water mixture that is super fun and terribly messy. I obliged and he and Ellie spent the next long while happily playing "Zombies" together (my children are super wholesome like that). Those two getting along for more than 5 minutes made the mess completely worth it! 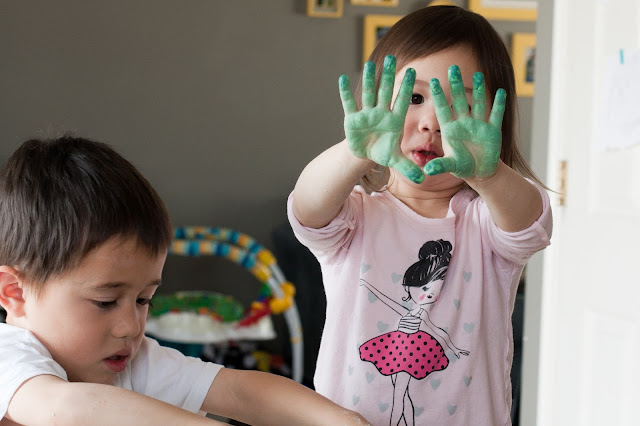 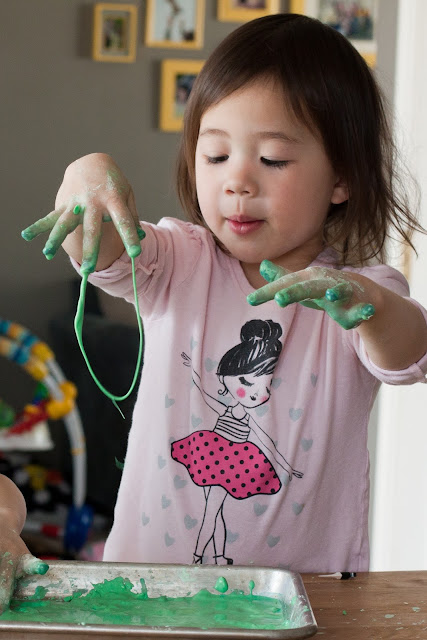 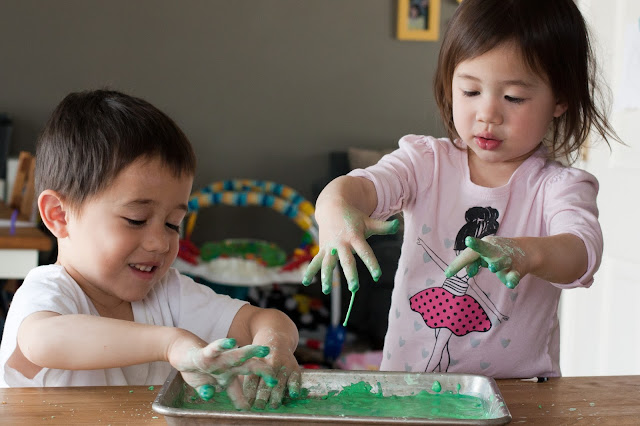 Ellie is 3, which means she says some pretty funny things.  She's been in the habit of talking with her hands a lot lately, and is very inflect-y in her tones. She gets dog-whistle-high-pitched by the end of her questions. "We're going to Farm Country???" If she had a catchphrase right now it would be "Yeah! Sure!" (spoken in an enthusiastic staccato.)   And she's been using Eeny Meeny Miney Moe a lot to choose which shoes she'll wear, only she says, "Eeny. Meeny. Miney. Moe. Ketchup tigers. By the. Toe." Slays me every time! 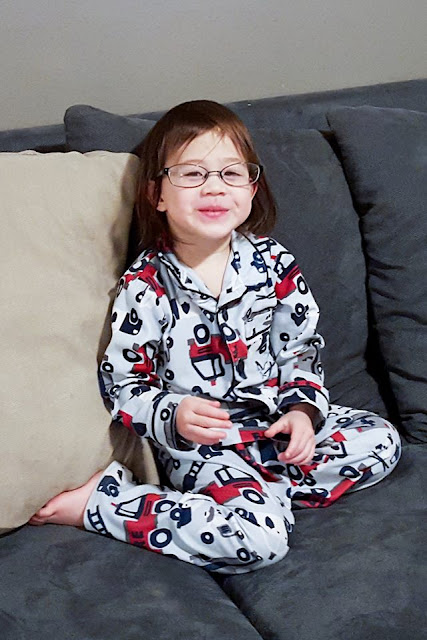