Tuesday February 2nd was Grandpa's funeral.  It was also really really freezing but at least the crazy snowstorm from Monday let up.  It was actually a very nice and peaceful day.  The funeral began at Grandma's chapel near her house.  There was a viewing and then we met in the main chapel at 11:00 for the funeral itself.  First Sheena and Winslow spoke together, then Jeannette, and then a friend of Grandpa's.  The female grandchildren (and Maxine) all sang "I Know that My Redeemer Lives."  Then we all drove over to the cemetery for the interment.  There was a military ceremony and flag-folding.  It was really cool. 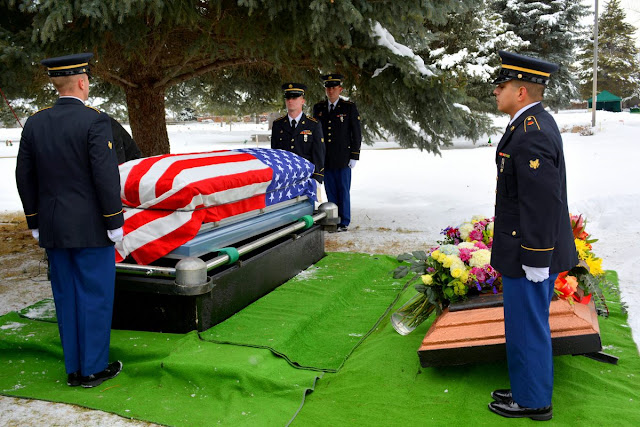 The guy on the right played Taps.  It was beautiful. 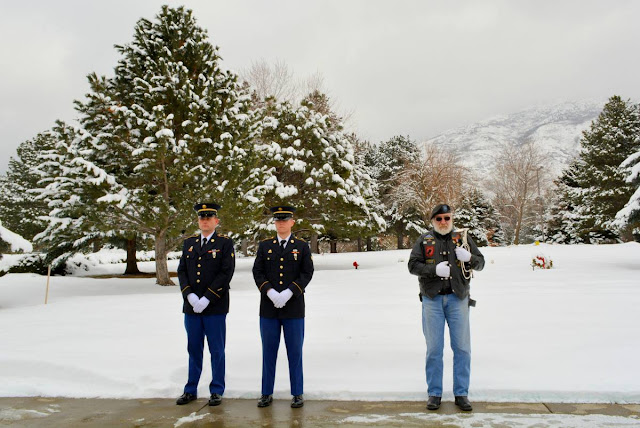 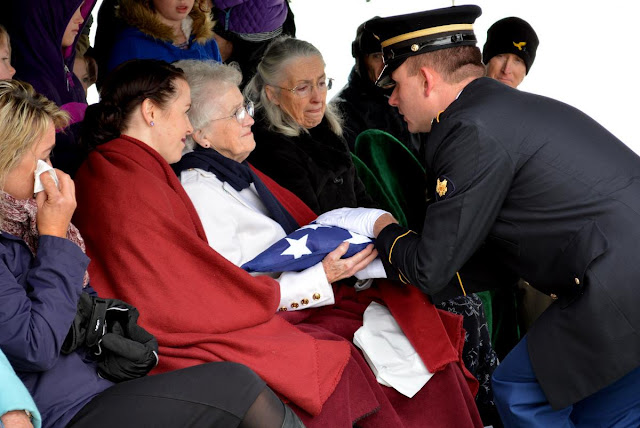 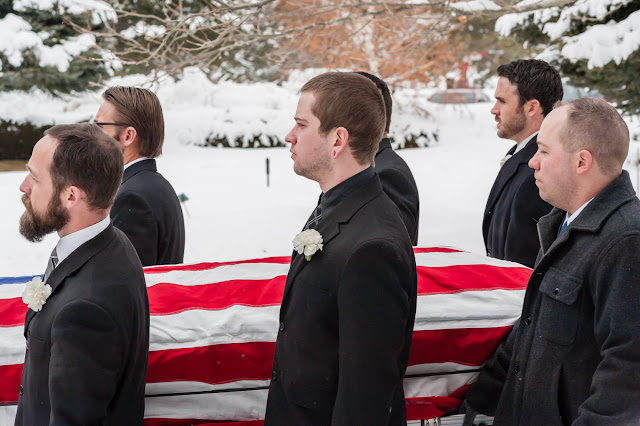 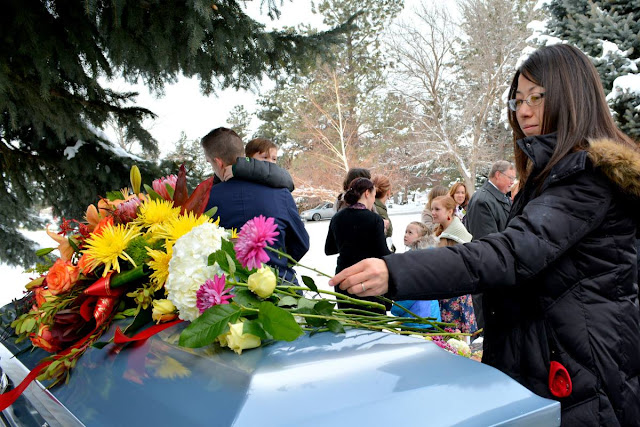 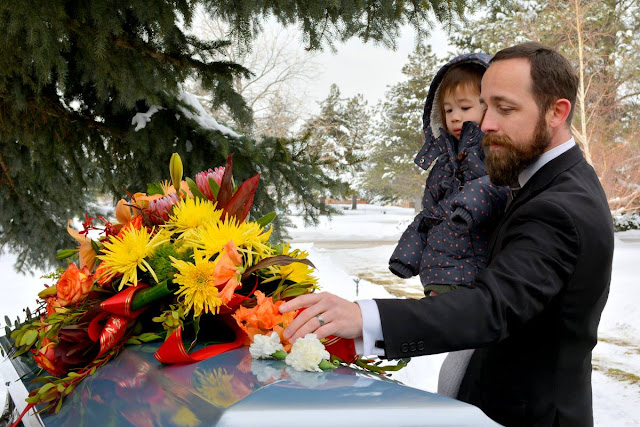 After the funeral we met up at the chapel and had a potluck.  The kids all had fun playing together and it was neat seeing the entire family together in one room.  We are a gigantic family. 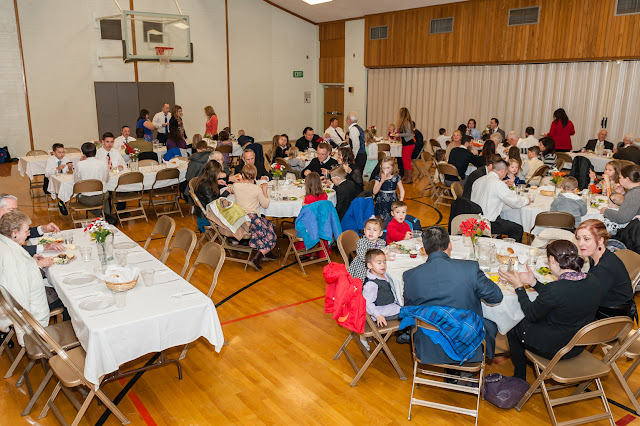 Grandma and her remaining children. 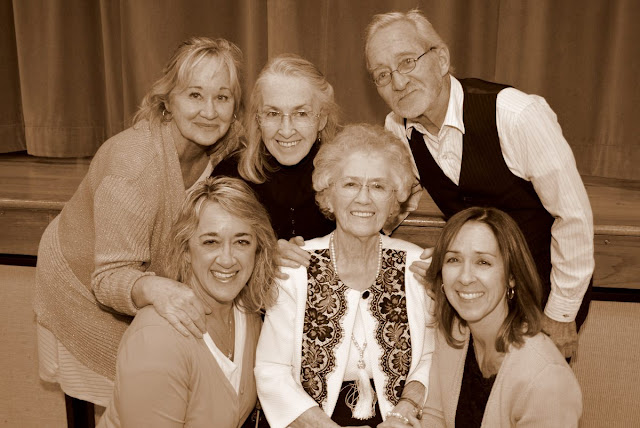 Grandma and her grandchildren.  There are five missing from the photo. 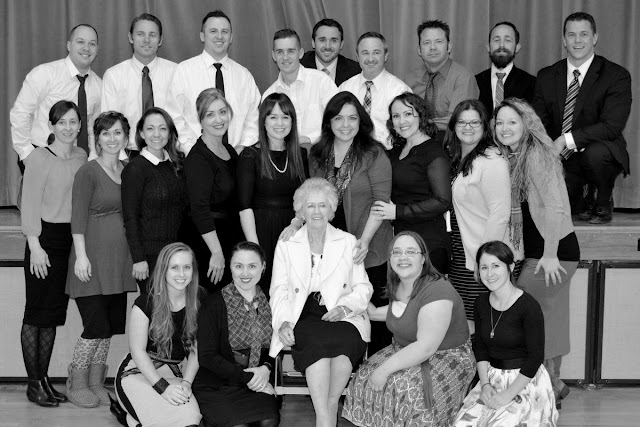 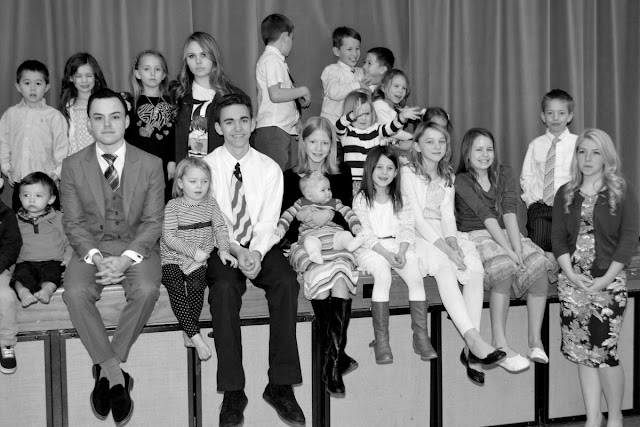 Ellie and Daisy are on the far left.  Daisy is on Ashton's lap. 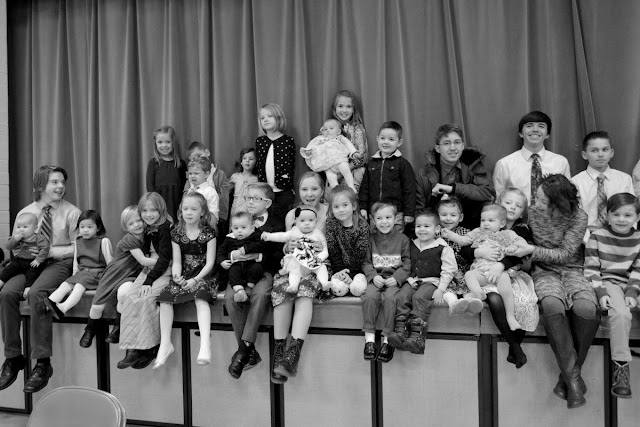 Otherwise it was a pretty normal week.  Except for the insane snowstorm on Monday - I worked from home because it was too terrifying to drive in.

Last night we had our greatest Family Home Movie Night ever.  We drove up to downtown SLC and went to the Gourmandise Bakery and got some fancy pastries.  Then we stopped by Chinatown and got take-out Chinese food from "Ho Mei."  When we got home we put a blanket on the floor and ate our takeout picnic-style while watching "Tangled."  This may have been the first time that Ellie watched the entire movie with us without complaint.  She actually liked it! And the food really hit the spot - we got a half roast duck (Sammy's request), veggie chow mein, and sweet and sour chicken.

I snapped these pictures today.  Nothing big, just tried to capture simple moments. 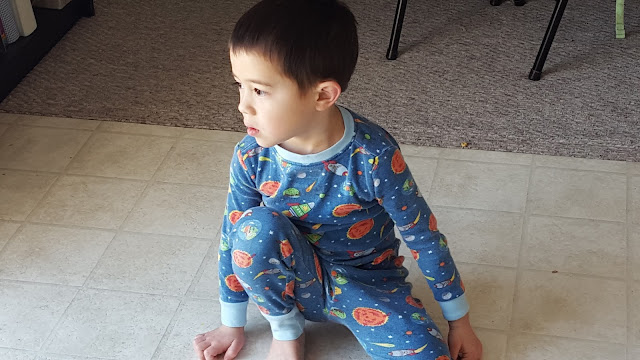 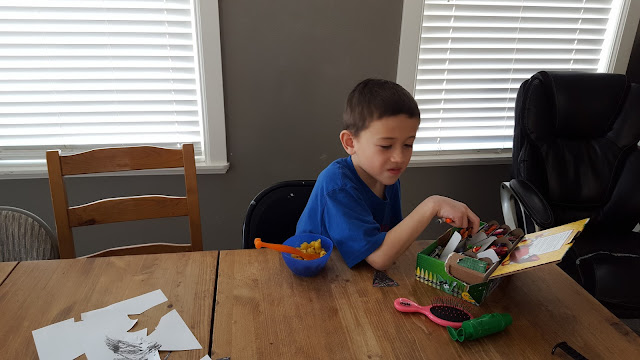 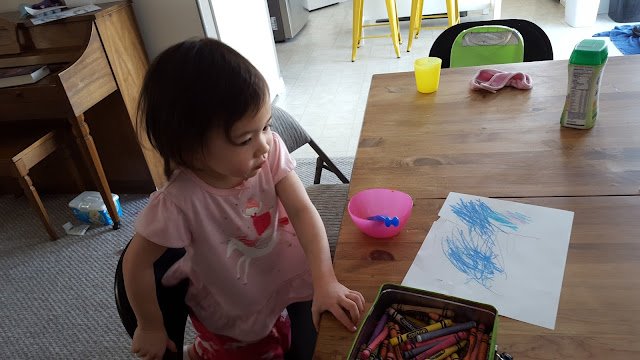 Posted by provoloner at 9:55 PM