February 8th was the Chinese New Year!  Welcome to the year of the Monkey!  We celebrated by having an *authentic Chinese dinner complete with a whole fish, noodles, whole chicken, potstickers, and tong yuan for dessert.  The Menkes joined us and we gave all the kids red envelopes with cash inside.  They used the cash to buy these really cool Hexbug "Warriors" which battle each other and have a health meter and shut down when their meter drops to zero.  Don't worry - Daisy was the referee to make sure there was no cheating. 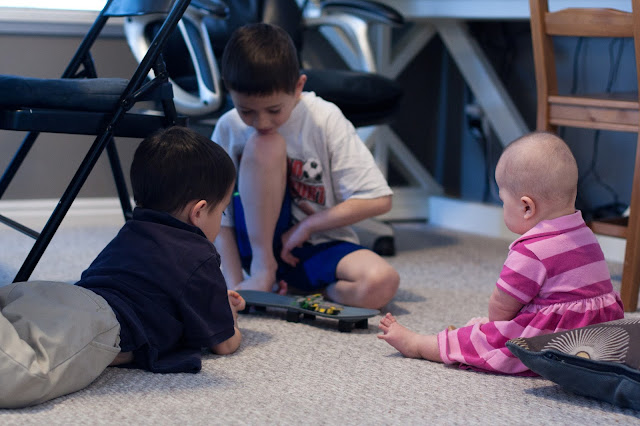 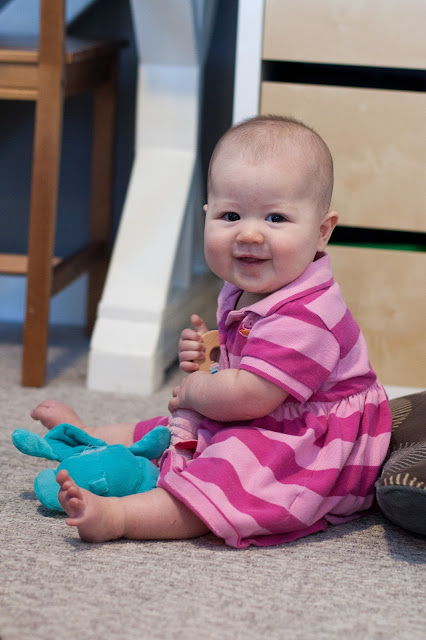 Oh and Daisy can sit up like a champ now!  We just plunk her on the ground, put a pillow behind her for when she inevitably falls backward, and give her some toys and/or her little laptop which she loves so much. 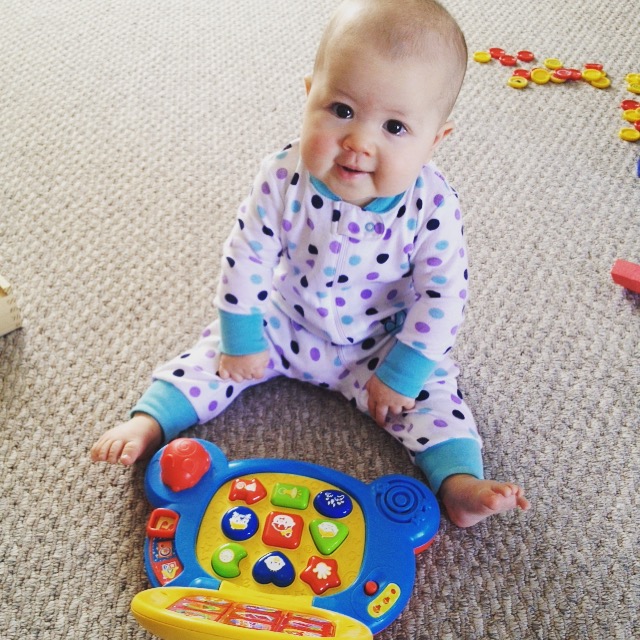 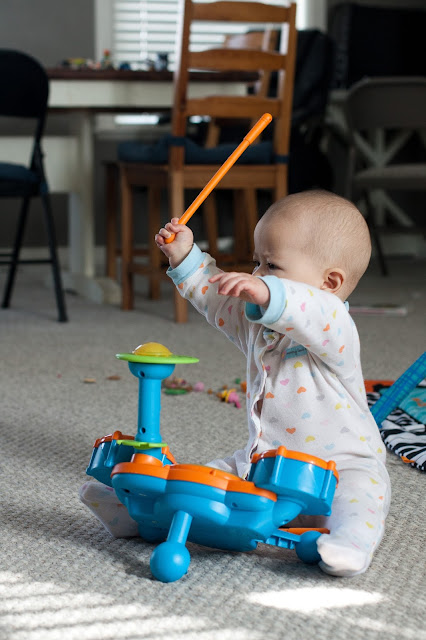 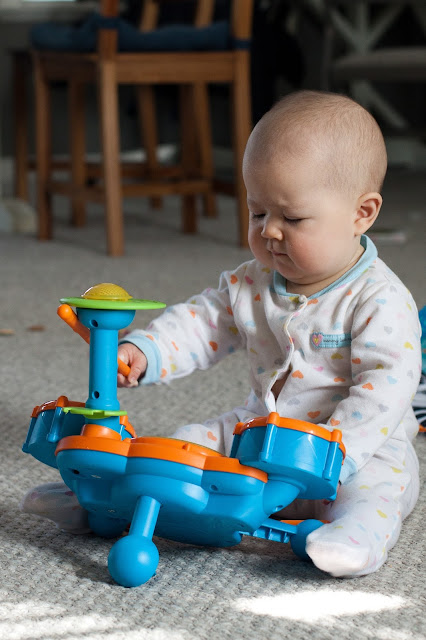 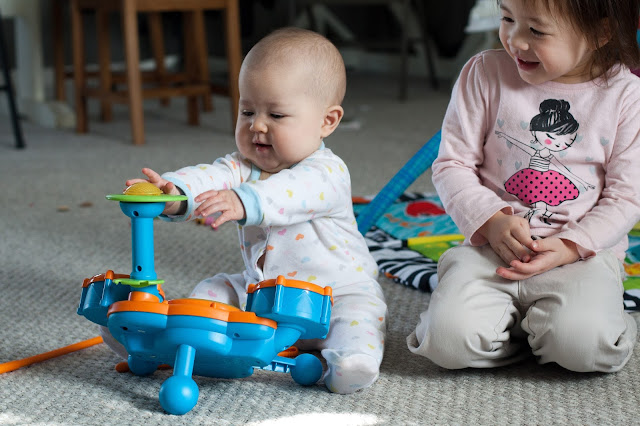 On February 13th some of the kids got sick.  By Monday the 15th they were all sick.  Daisy is still sounding pretty crappy and congested almost a week later but she's still in really good spirits.  She's such a smiley baby! 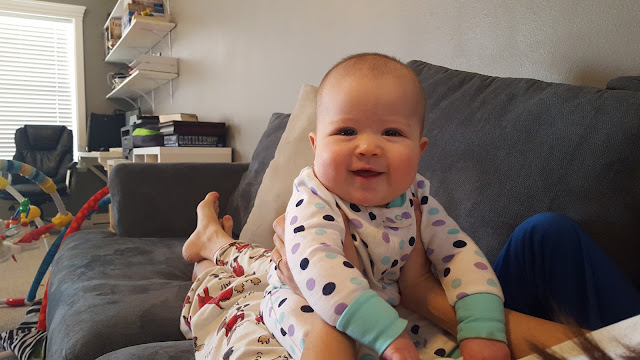 We've been trying to include Elinor in more of our cooking and she's really been loving it.  She loves wearing the apron and stirring things.  And there's always fantastic kitchen conversations with her. 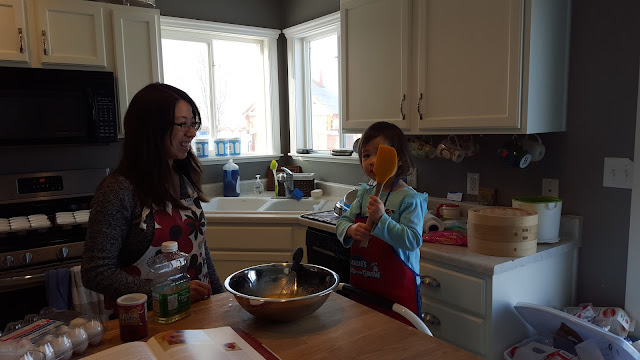 On Friday the 19th Sammy's class had a career-fair type of event.  the kids got to write up a board about what they want to be and some of them even dressed up for that future career.  Sammy wants to be a monster truck driver.  It's pretty fitting. 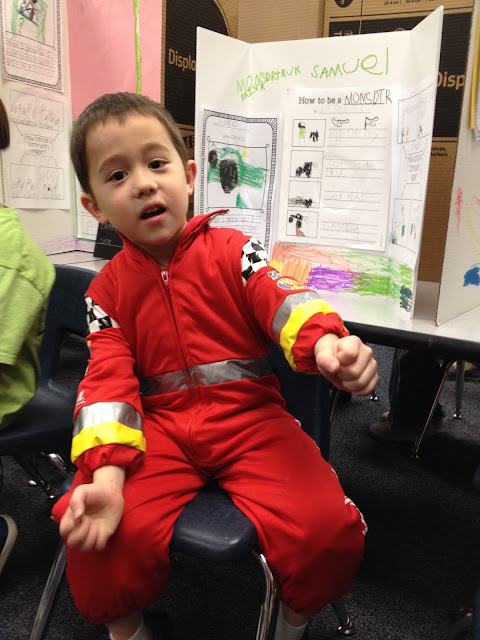 Yesterday we drove up to Salt Lake for a family outing.  We stopped by Tony Caputo's for some fun little treats and then went over to the Gateway mall.  We went to the Planetarium and then walked over to Barnes and Noble.  On the way home we stopped by at Harmon's for some takeout so we could eat it picnic-style to our Family Movie Night like we did two weeks ago with "Tangled".  It wasn't quite as magical (Ellie was afraid of the "Secret of Nimh") but it was still really fun. 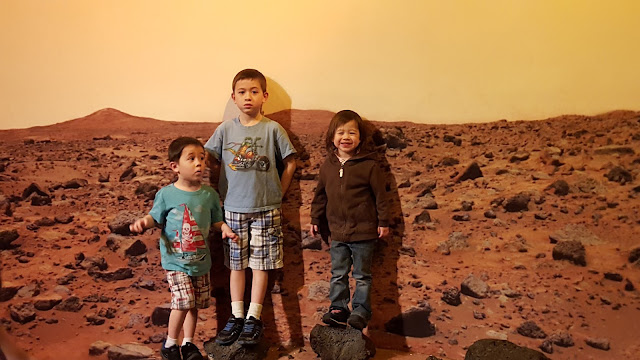 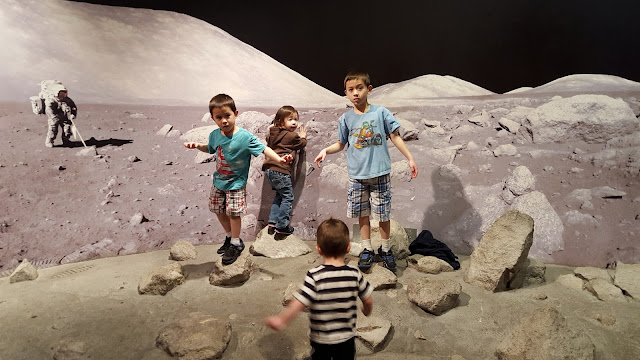 So this week the weather has finally begun to warm up!  The snow is actually almost fully melted!  The kids got to ride their bikes yesterday and today - Isaac said that yesterday was pretty much the most perfect day possible.  You wouldn't know that looking at these pictures of him at the Planetarium, but he was having a good time.  :)

I'll just leave this here.  Ellie being a little goofball with Maxine's glasses. 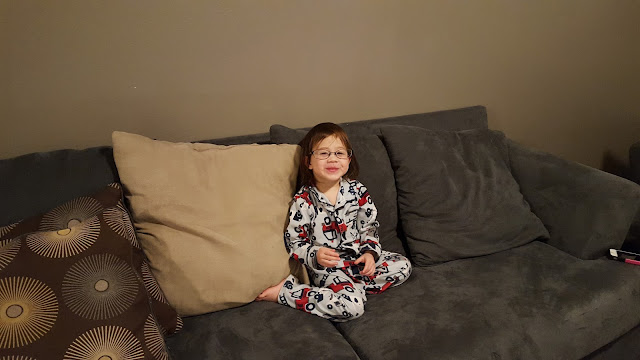