We, along with much of Utah County, kicked off the Christmas season on Dec. 1 with our annual drive through the Thanksgiving Point Christmas lights display.  Thankfully, we got there early enough to avoid the worst of the line. The kids love the lights display, even if it is a little underwhelming and downright confusing at times to the adults (try not to think too hard about this one): 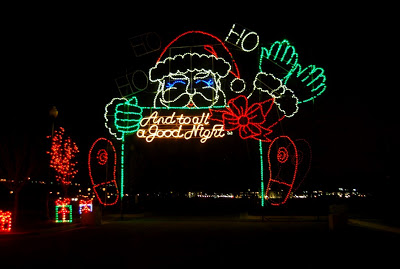 I took some cute pictures of Daisy in front of the Christmas tree one night this week... 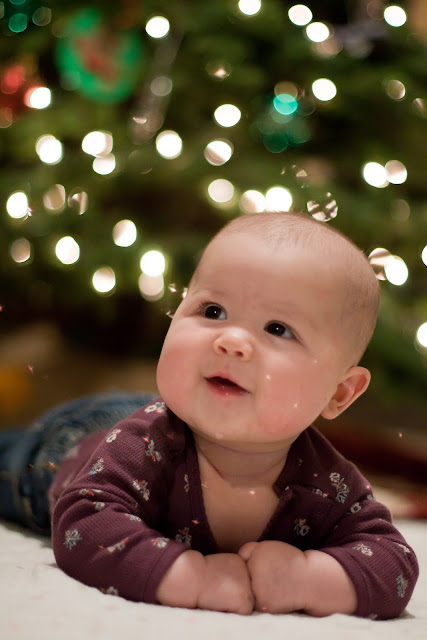 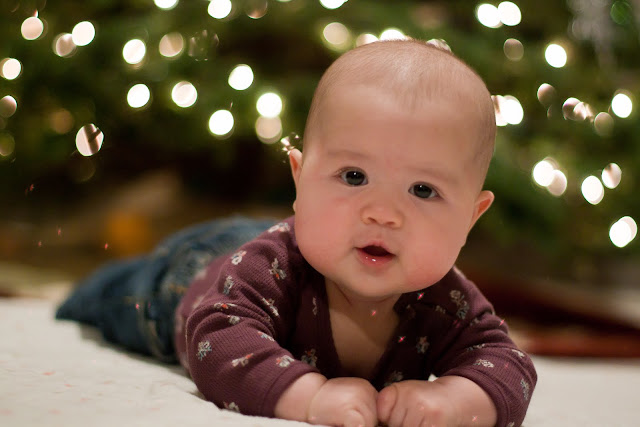 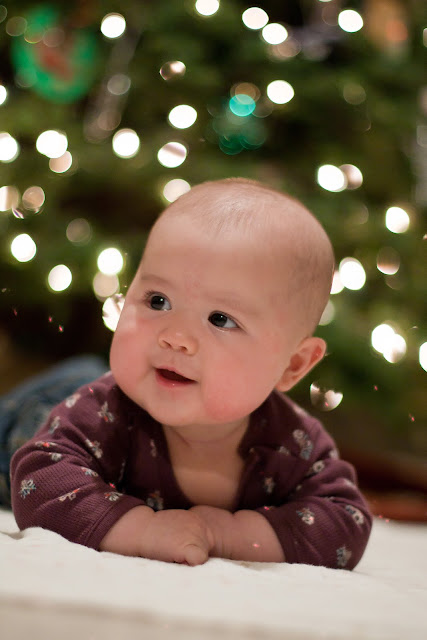 Then I had the brilliant idea to take pictures of all the kids together in front of the tree.  As is the way of these things, Sammy decided that Nature called right that instant, then Daisy decided she had had enough, then Ellie decided that she had had enough.  And Isaac was, well, Isaac.  Here's what I ended up with.  Maybe someday I'll get them all together in the same picture.  (And maybe someday after that I'll get our entire family together.) 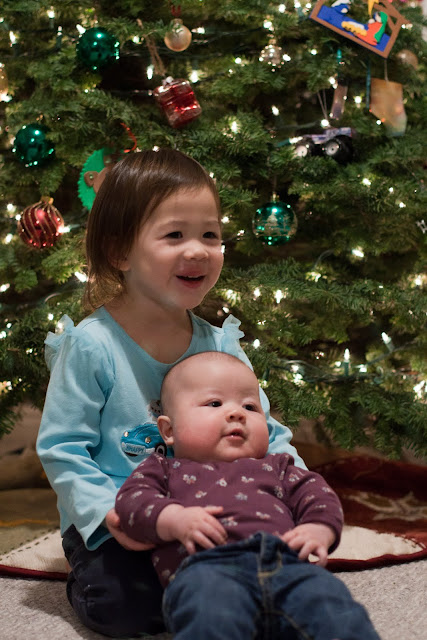 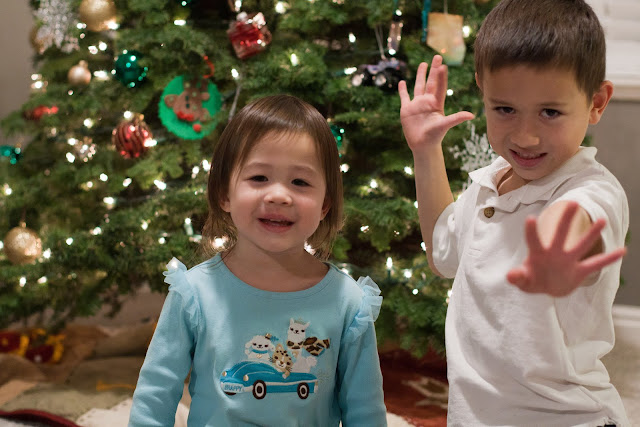 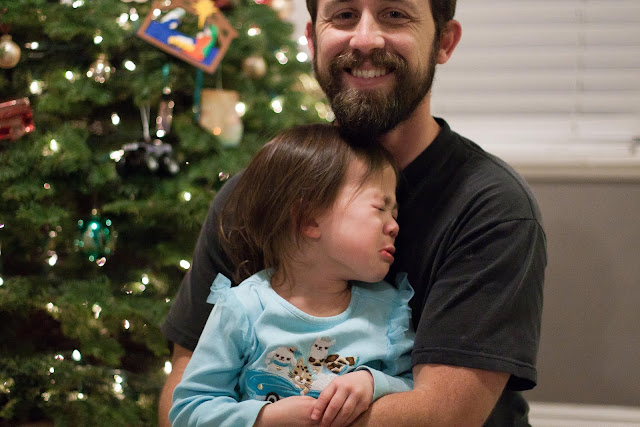 Here's another one of most of our little monkeys from this week: 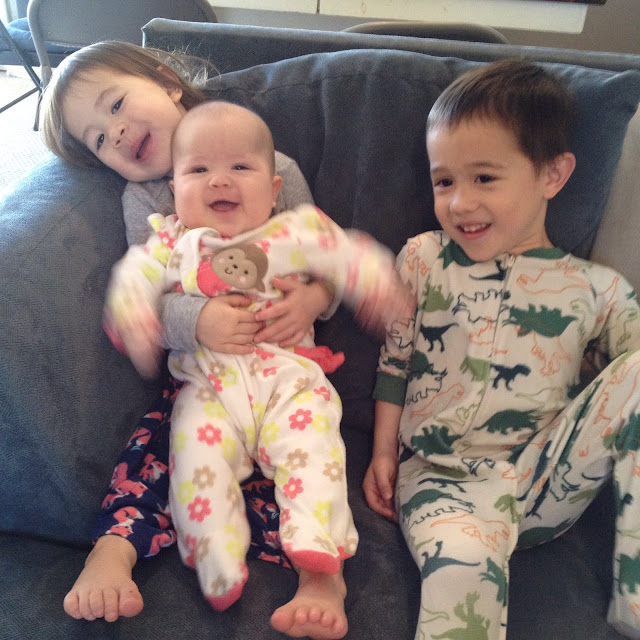 We threw the 2nd Annual Chrazy Crusader Christmas Party this Friday.  There were hors d'oeuvres, mulled cider, ugly sweaters, and gingerbread cookie decorating.  Also, fun people that we like. 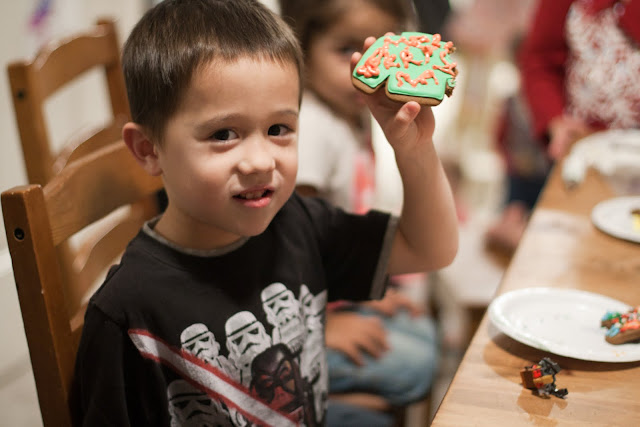 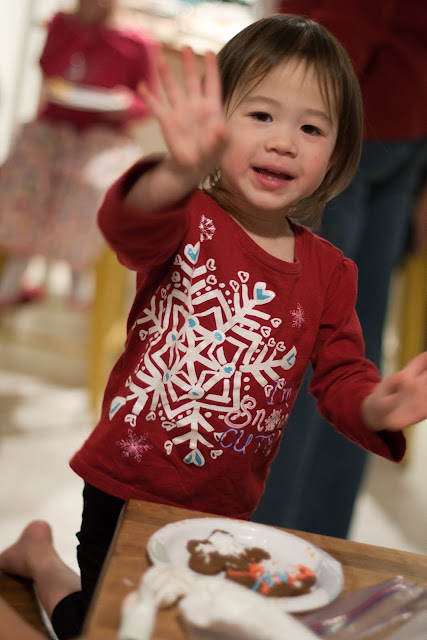 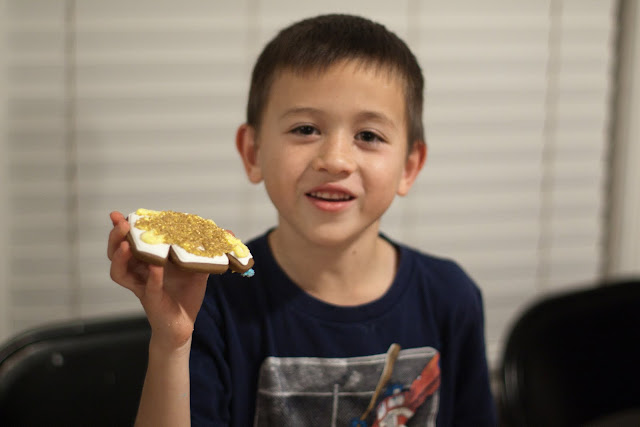 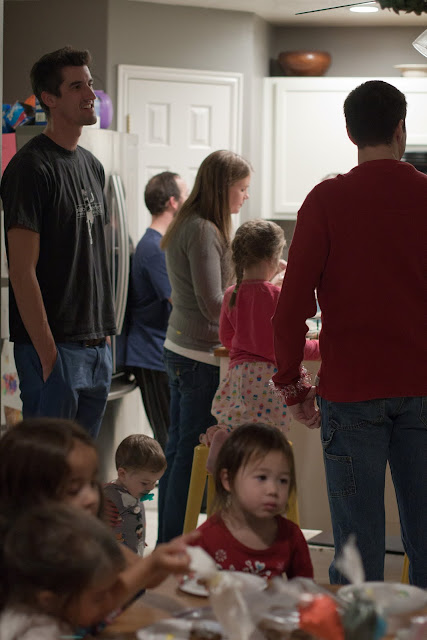 Collin took the boys to see their school's production of The Lion King yesterday.  That's normally my territory, but he took one for the team so that Daisy wouldn't have to go.  The boys had a fun time - Isaac loves seeing the shows and Sammy loved getting a treat during intermission. 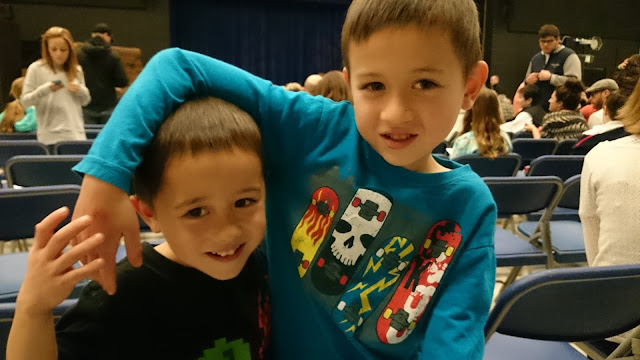 Sammy has been fascinated with stop motion videos recently and has been making a slew of his own with their little point-and-shoot camera.  They've gotten quite good, too.  There's a video compilation of their masterpieces below. 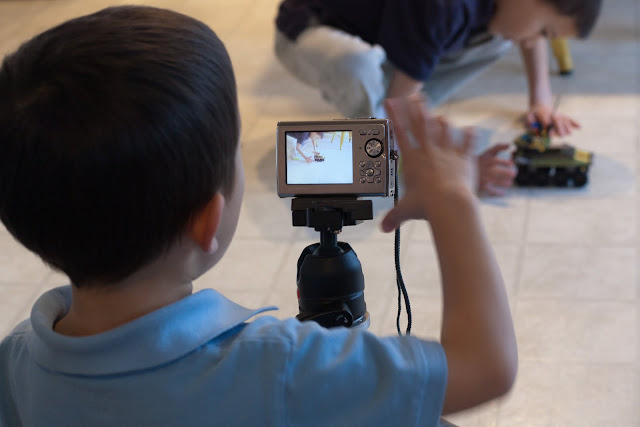 Posted by Maxine Parrish at 9:42 PM