The boys had this entire week off from school for Thanksgiving break.  They went to the Children's Museum at Thanksgiving Point on Tuesday and did Science! 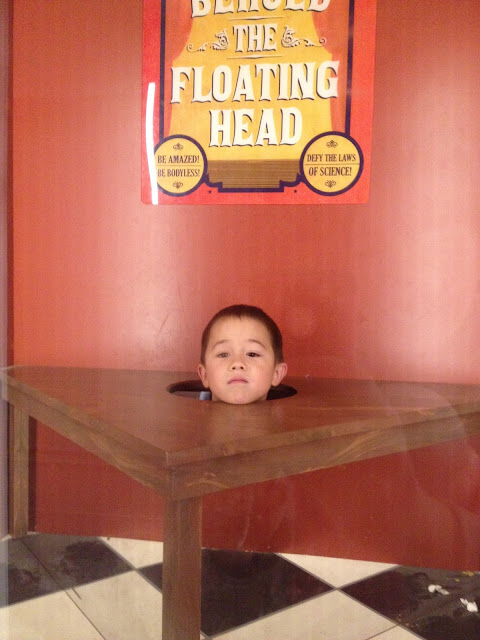 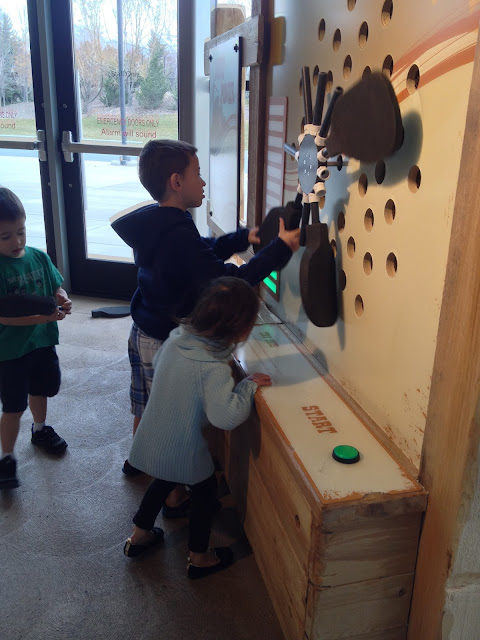 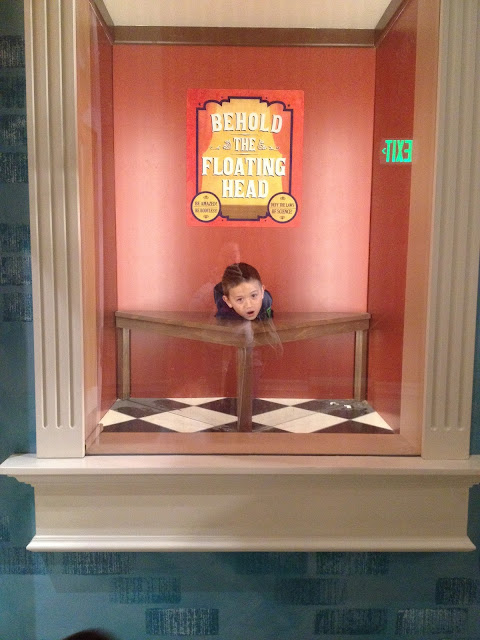 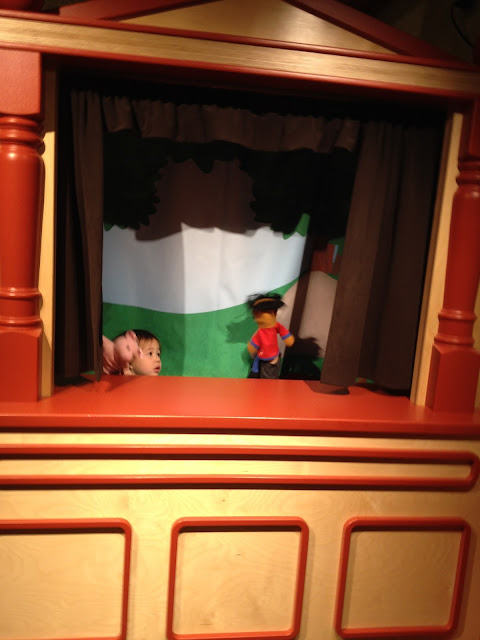 Isaac got the game Qwirkle for his birthday and it didn't take long for the boys to realize that they make (sort of) great dominoes. 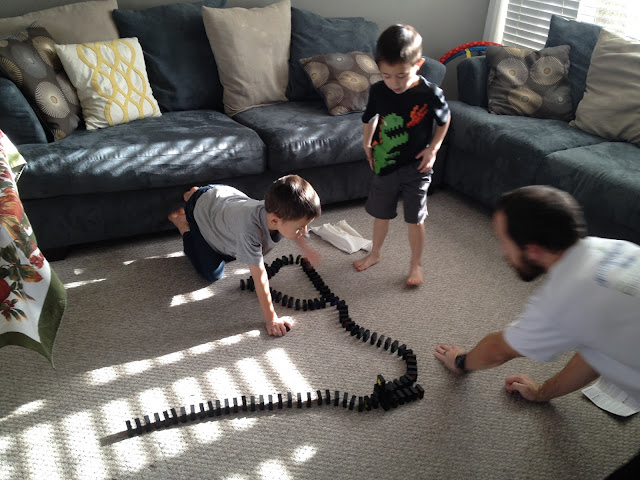 Thursday was Thanksgiving.  The Menkes, the Sharps, and the grandparents came and dinner was amazing.  Maxine's turkey was perfect and Mike brought a smoked turkey that was also just about perfect. 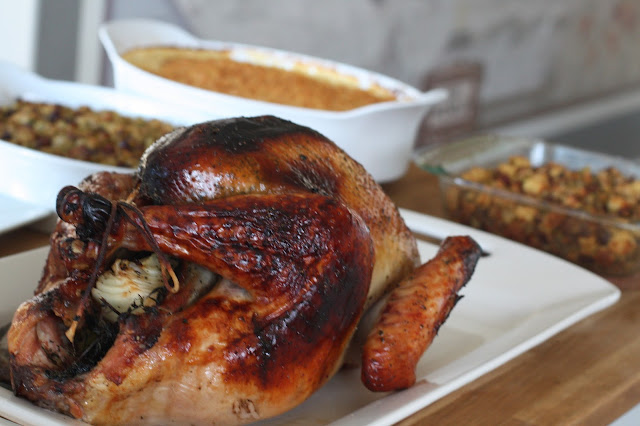 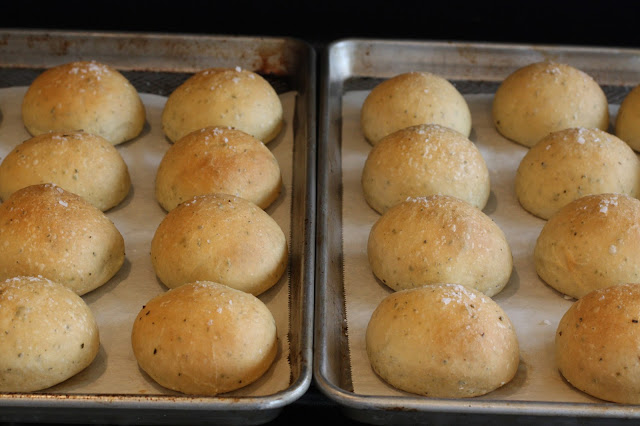 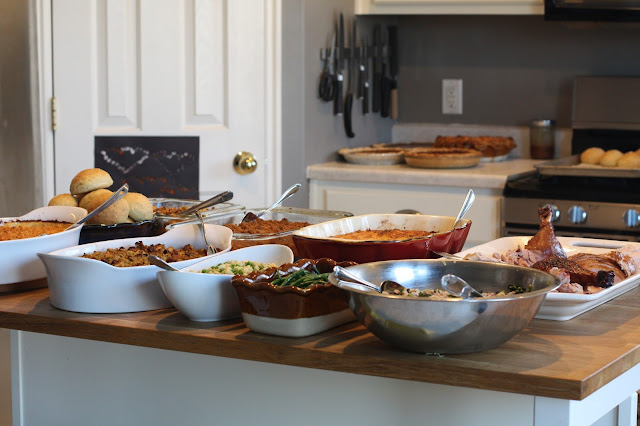 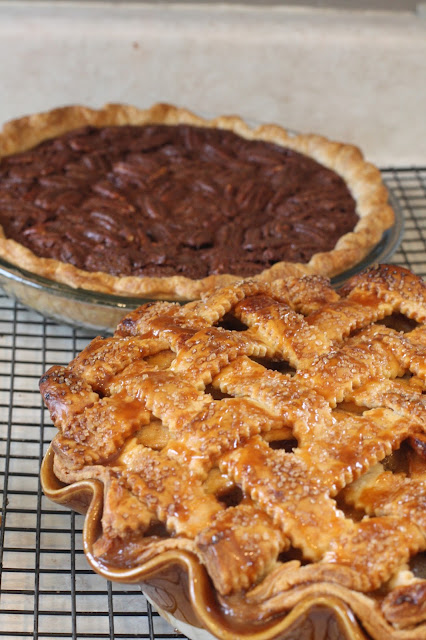 Our annual tradition is to get our Christmas tree the morning after Thanksgiving.  The kids helped pick it out this year, and we got right to decorating it as soon as we got home. 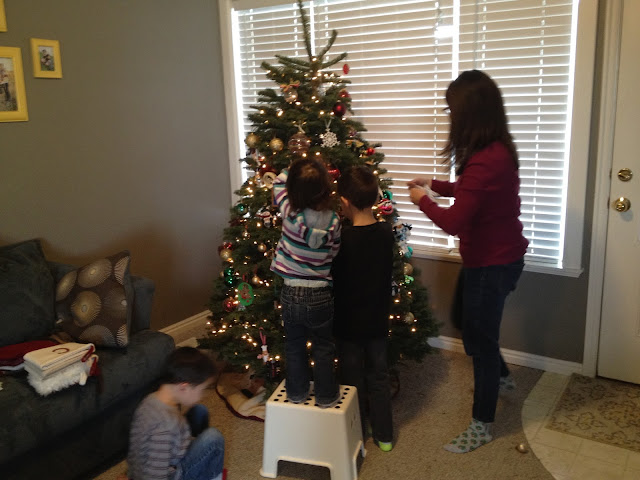 We woke up Saturday morning to find that snow had covered the valley overnight.  The boys raced outside as soon as they were able to get their snow gear on.  Elinor, who hates snow, opted to stay inside. 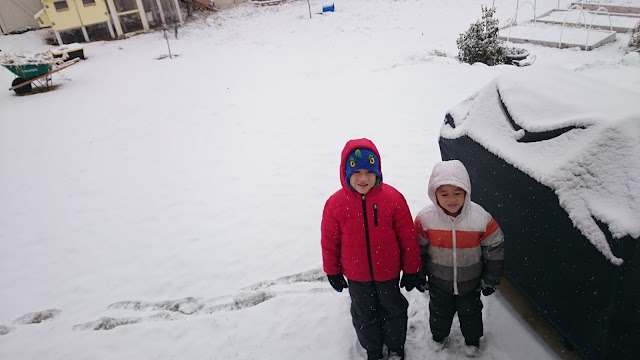 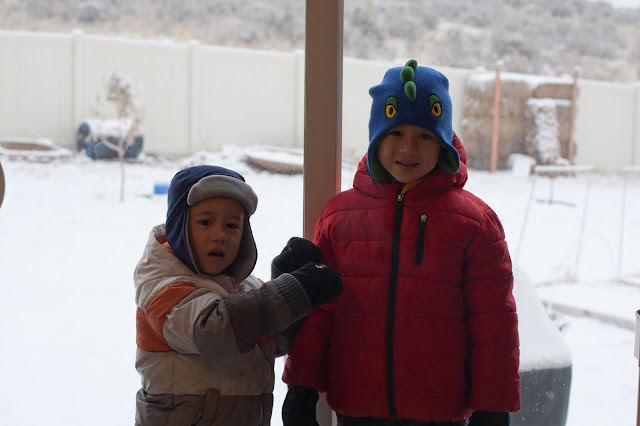 We got all bundled up and went to the Lehi City Santa Parade Saturday evening.  It lasted about 7 minutes start to finish, had the high school marching band, a few trailers with local choirs or school bands performing on haystacks, and Santa in a carriage.  But, the kids totally loved it because some of the trailers threw out candy. 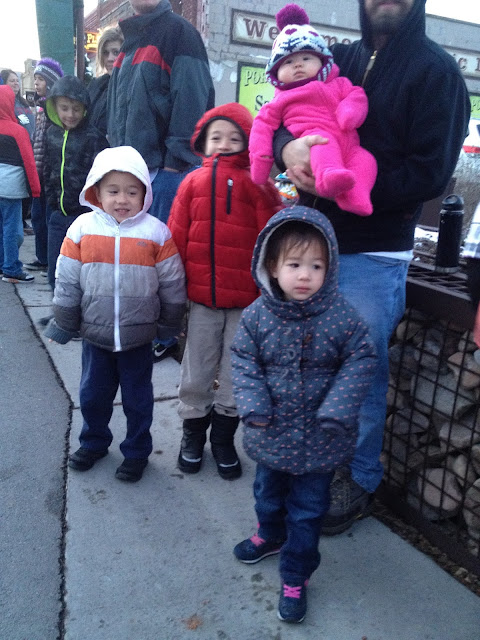 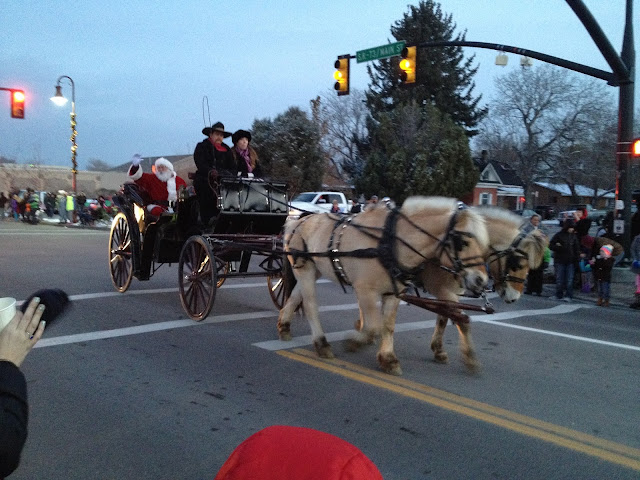 Unfortunately, Isaac got hold of a mini-Baby Ruth bar without our knowing and ate it (he didn't recognize the wrapper) on the car ride home.  Thankfully, he threw up twice soon after we got home and felt much better.  Other than a few hives and a bit of itching in his ears, he was fine once he got the candy out of his system, and he learned a valuable lesson:  Peanuts really are bad for him!  We ended the night on a good note with our first Christmas movie of the season: A Christmas Story (which, so much funnier as an adult!).

This here little parade beaut is going through some serious teething.  At least, that's what we think it is.  Sudden non-stop drooling and finger chewing, waking up every hour or two at night, and extra crankiness.  Only it's been going on for weeks now.  Pray for that little tooth to make its way out already so we can all get some sleep at night! 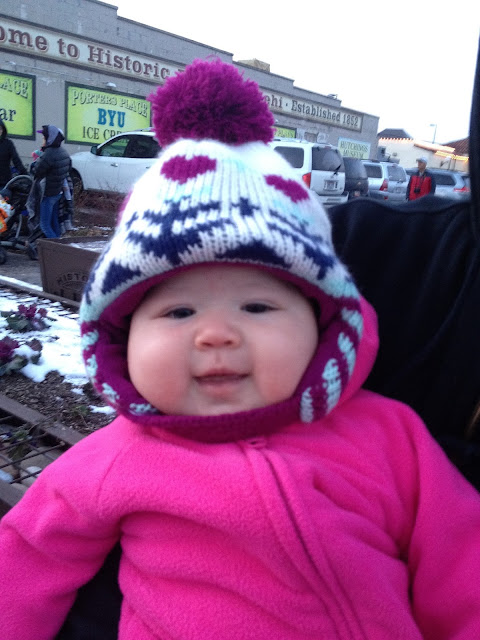 Posted by provoloner at 9:17 PM