Isaac turned 8 this week!  But first, we have some catching up to do.  We had our first major snowfall (is 1 inch major?) on Nov. 10.  The kids were delighted to be able to play in it, making tiny snowmen and shallow snow angels and picking miniature icicles from the chicken coop.  Good times. 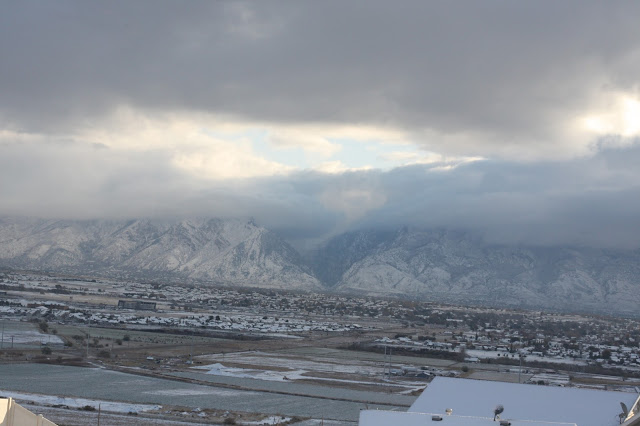 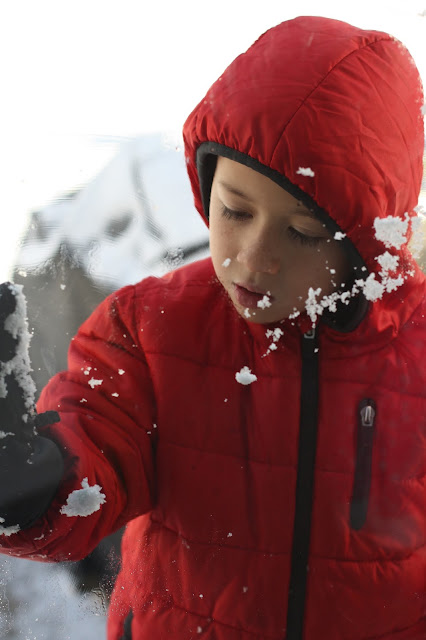 Sammy's kindergarten class held a "Dads and Donuts" event on Nov. 12.  Collin took him to school, read books with him in his classroom, and ate Krispy Kreme doughnuts.  Sammy was in heaven!

Speaking of Sammy, his drawing ability has progressed quite a bit recently.  He loves doing figure studies of his favorite things: AT-AT walkers, Lego Mixels (little Lego creatures), robots, etc.  He draws them from all different angles, then creates elaborate scenes that include captions and self-spelled dialog,  Here's one of the Mixels: 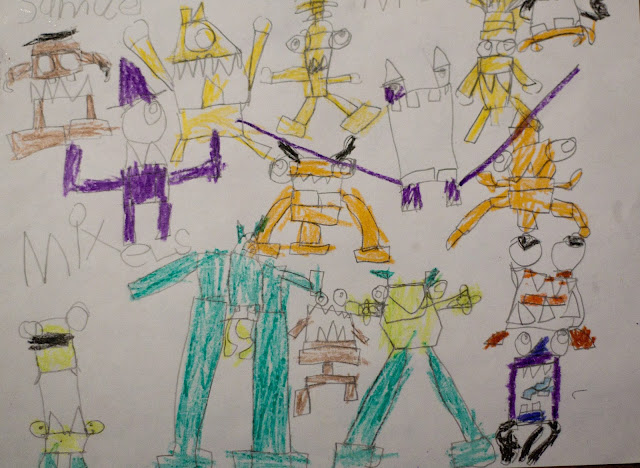 Sammy's also recently stepped up his Lego game.  He's capable of following all the instructions, but he also comes up with his own rather complex models, often with several moving joints and great detail.  Here's a large AT-AT head (have we mentioned his obsession with these walkers and the Battle of Hoth scene in general?) he designed on his own based on the movie and a tiny, simplified model that he owns (and treats like a pet): 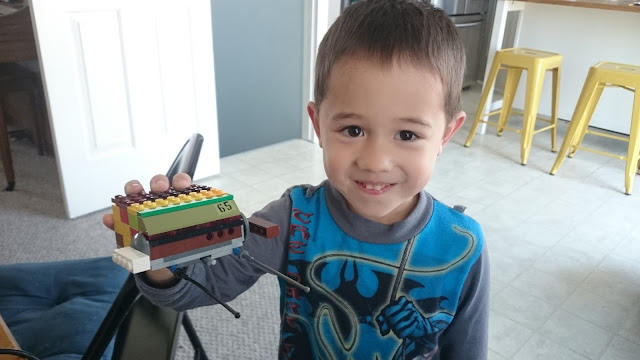 Not to overdo it on Sammy brags (but really, can you blame me?), he also made up his own little board game the other day.  It was fraught with danger and... actually, that's about it.  You pretty much weren't going to make it through without your figure getting bitten by poisonous snakes/scorpions/dragon or having a giant rock fall on you or falling off a cliff.  Sheesh with the morbid endings, kid!  At least Ellie had fun playing it with him. 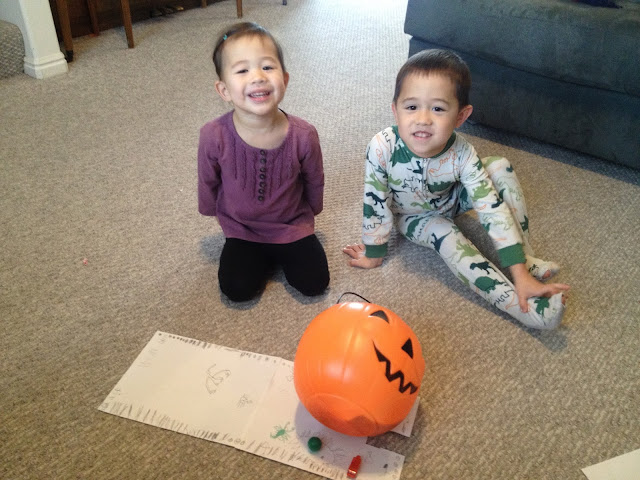 Most of the family was sick last weekend, so not much happened.  I'll just leave way too many super cute pictures of Daisy here instead (who, incidentally, has been sleeping horribly for the past two weeks and is acting like she might be teething - drool and runny nose and finger chewing as far as the eye can see.  The lack of sleep happening around here is approaching torture-level.). 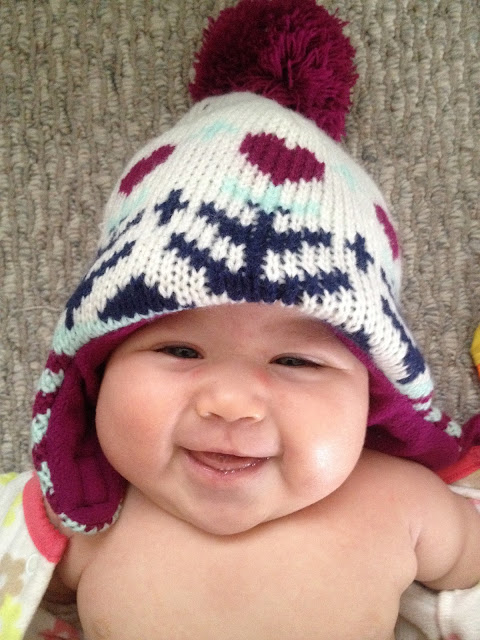 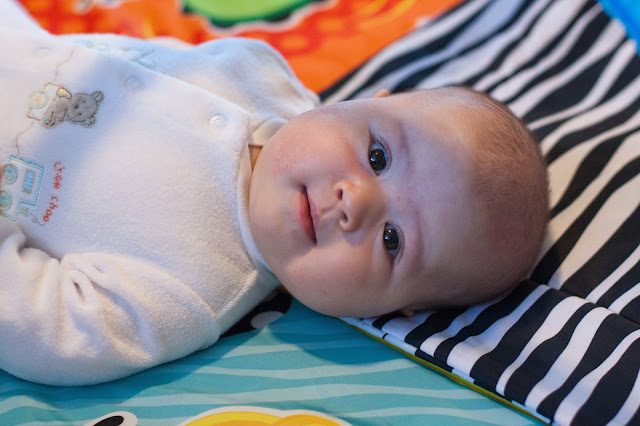 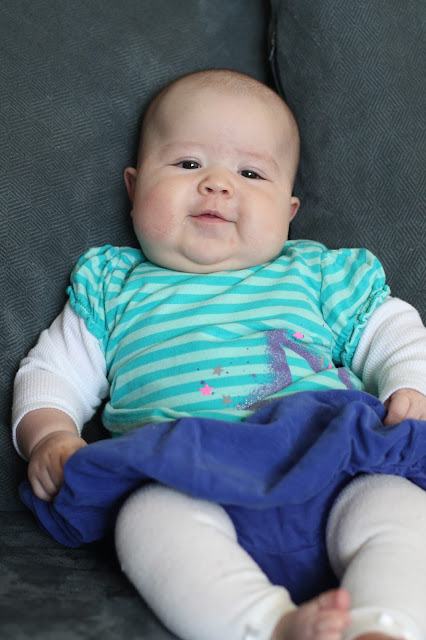 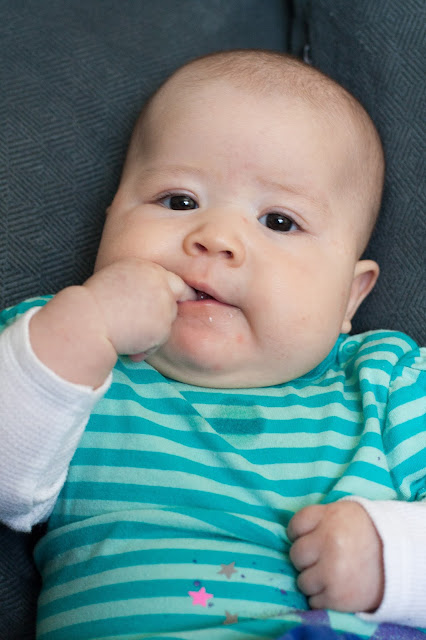 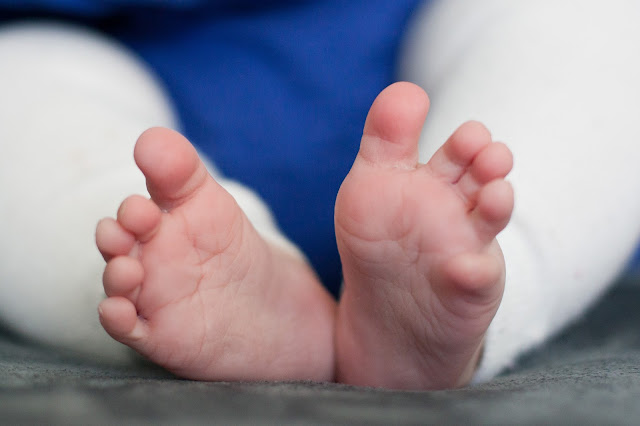 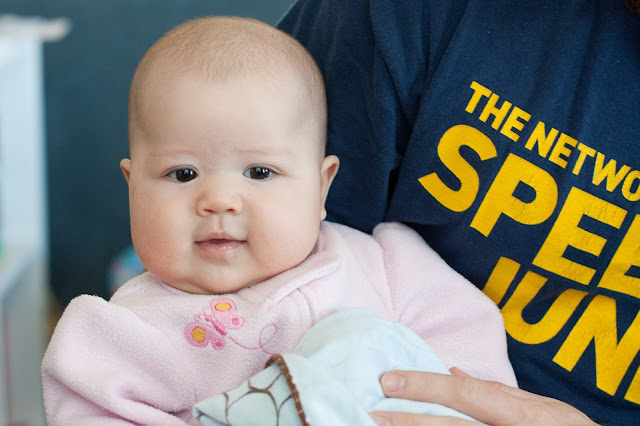 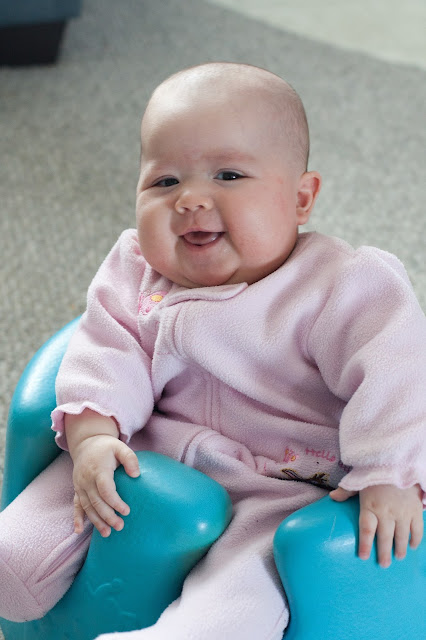 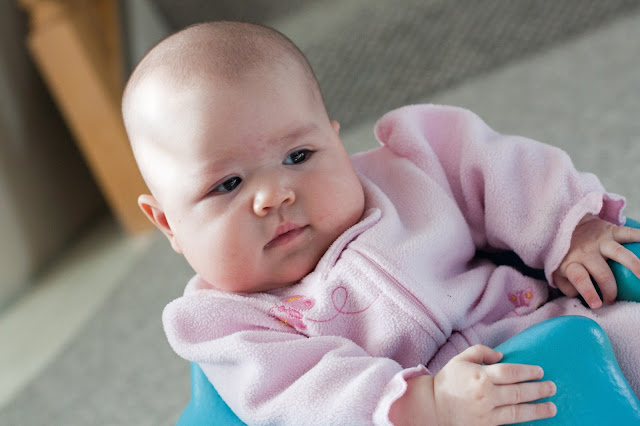 And Ellie, too (who, incidentally, is going through some serious terrible threes lately and getting butt-hurt over the smallest things, then quietly sulking in bed until someone comes to apologize.  That, or she screams like a banshee because reasons.  Good thing she's so cute.) 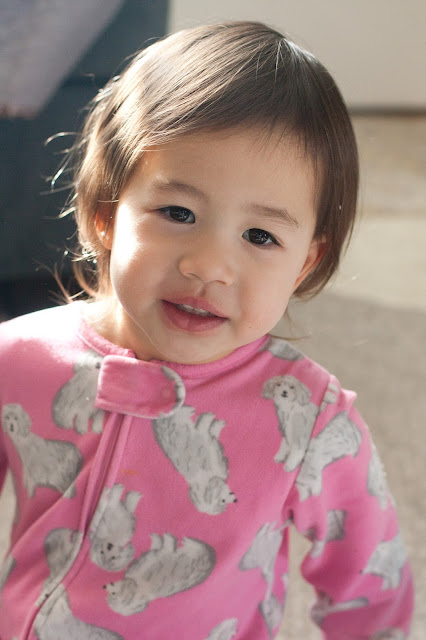 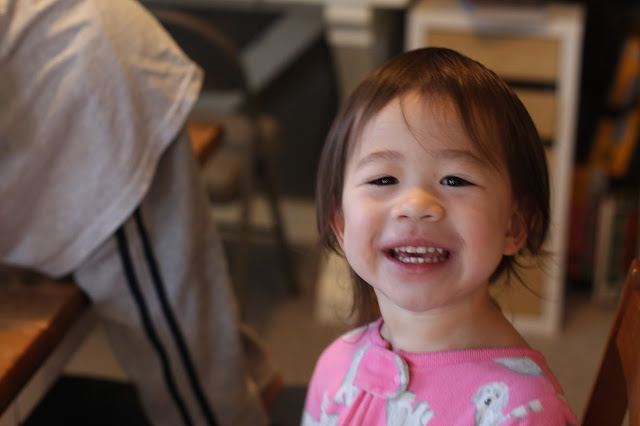 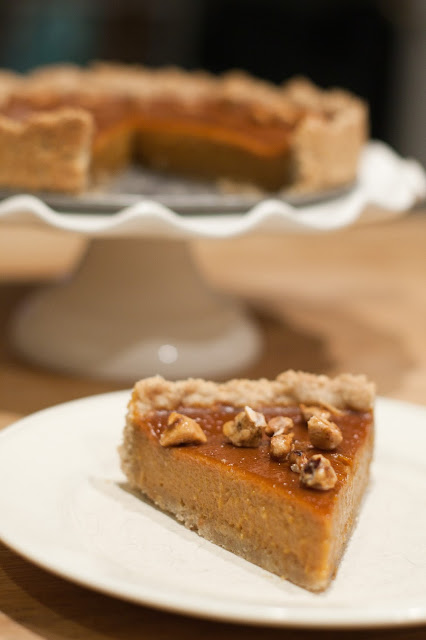 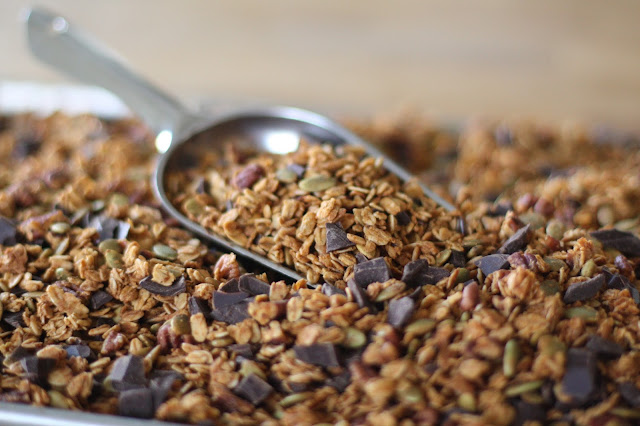 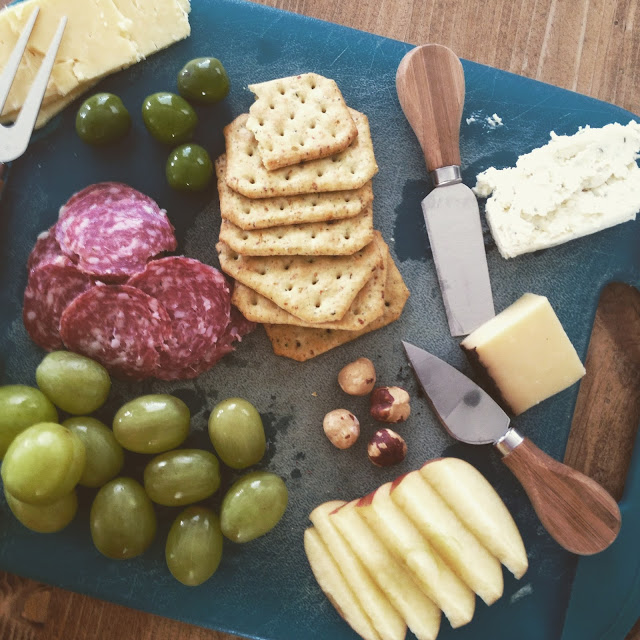 And now, ISAAC!!  He turned 8 on Wednesday!  He had chocolate chip pancakes for breakfast, played hooky from school, opened presents (Star Wars Battlefront, Battleship, Legos, books), played with presents, and had pizza and lemon meringue pie for dinner. 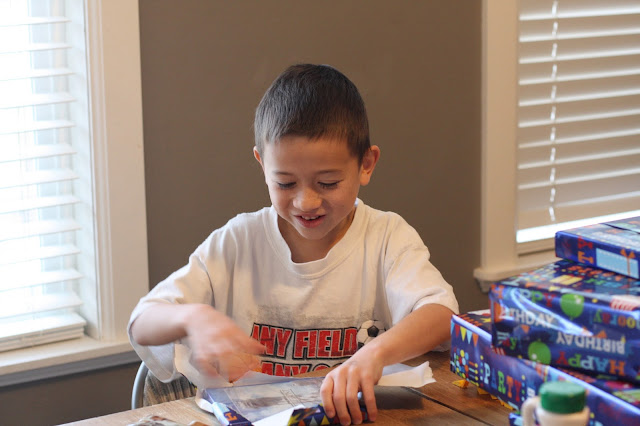 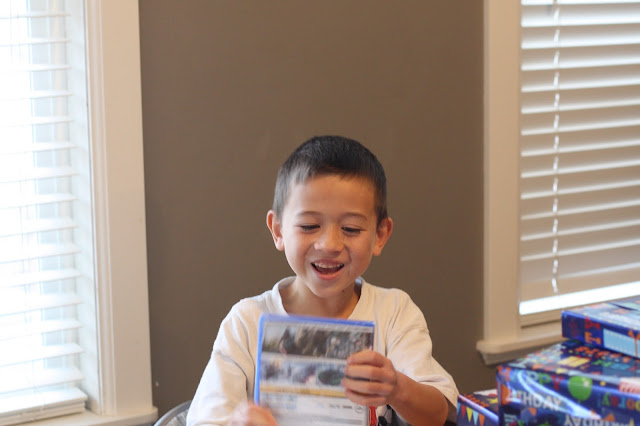 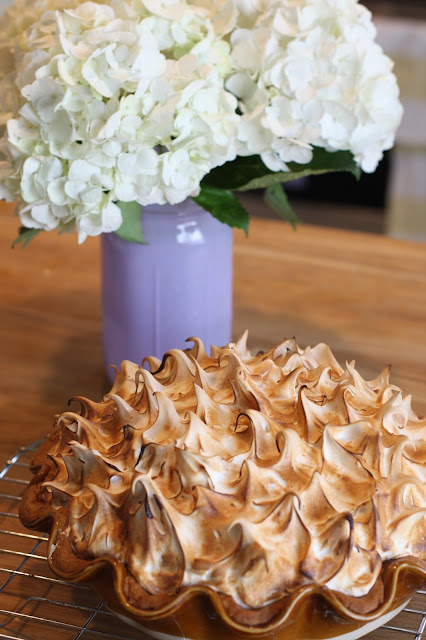 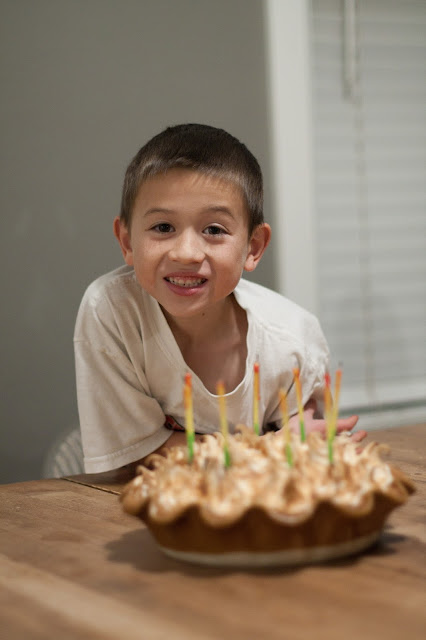 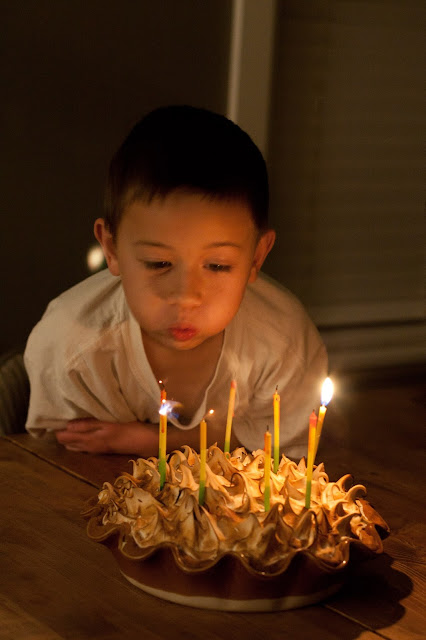 A present for Isaac is pretty much a present for Sammy, and vice versa, since they both share just about everything they own.  So naturally, Sammy was more than eager to check out Isaac's presents and join him in playing with them. 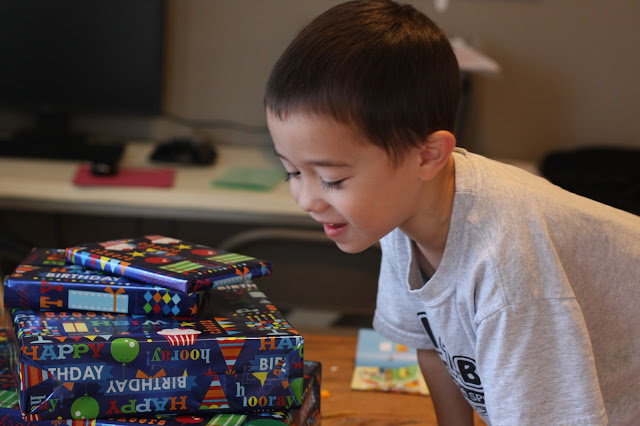 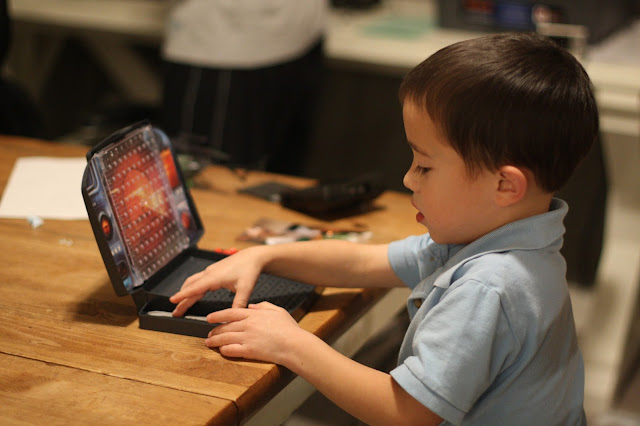 We gave Isaac his very own set of scriptures at the end of the day and told him how special they were, how Mom and Dad each have our scriptures that we receive when we turned 8.  He was so thrilled to have them, and I think he really felt how special it was.  We also told him he could highlight different verses, words, and phrases that stuck out to him as important.  The following night I saw that he had highlighted a few phrases in the first page of the Book of Mormon: "destroyed," "build a boat".  Ah, things that are important to an 8-year old boy!

Isaac wanted a friend party for his birthday this year, so we obliged and threw him one.  He only wanted to invite three friends, so it was super casual.  The boys had an epic Nerf gun battle, using piled up couch cushions and the play kitchen as forts.  They had a Mario Kart tournament, played soccer outside, and ate pizza and chocolate pudding pie for lunch. 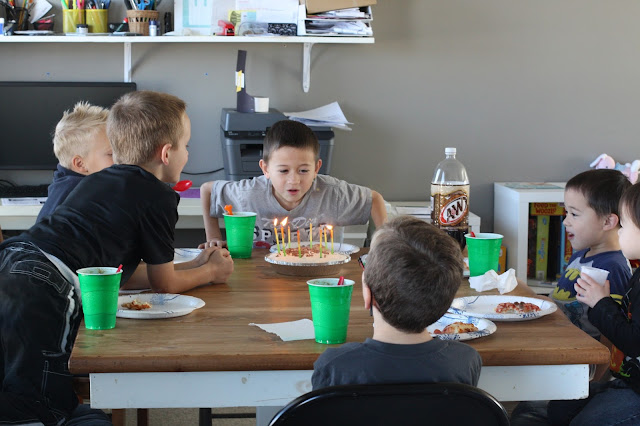 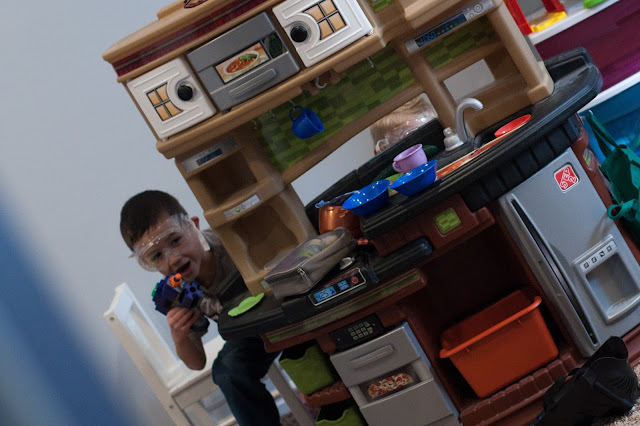 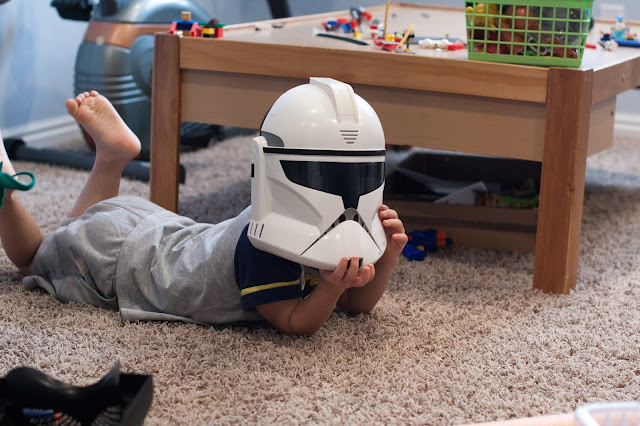 A few things about Isaac:
- He tries really hard to be a good brother to his siblings.  He often takes care of them without being asked.
- He wants to be good.  I mean, genuinely, sincerely wants and tries to be a good person and do the right thing.  He doesn't try to get away with mischief or push boundaries.
- He's into Legos, playing running games at school (soccer & tag), and video games (Lego Avengers, Lego Star Wars, Battlefront).  He loves watching Pokemon.
- He loves reading right now.  He's almost done with "Charlie and the Chocolate Factory" and asked for books for his birthday.  He'll usually read at bedtime from anywhere between 20 minutes to an hour, depending on the book.
- He's trying to learn new ways to be self-sufficient.  He wanted to make chocolate chip cookies earlier this week so we walked him through the process step-by-step so he technically made them all by himself.  And they were great!
Posted by provoloner at 10:48 PM