Daisy has recently begun laughing so now when she's awake we spend the majority of the time trying to get her to laugh or at the very least smile.  Seriously, so much time is put into this effort.  She smiles easily but laughs are really hard to come by.  Usually it involves a lot of bouncing up and down.  This is the first time we caught her laughing on video: 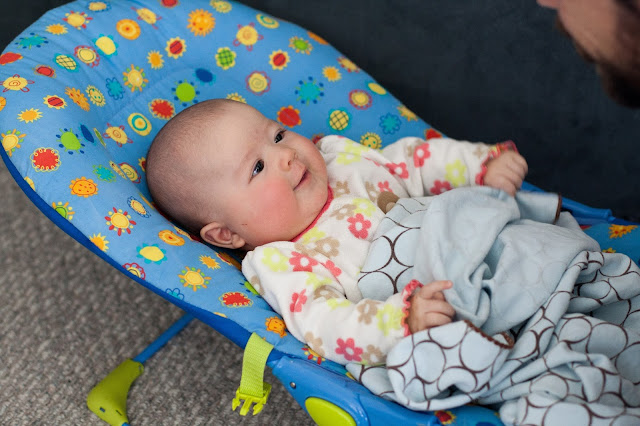 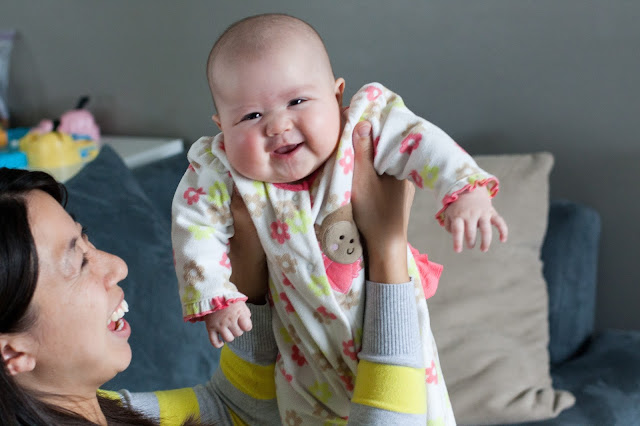 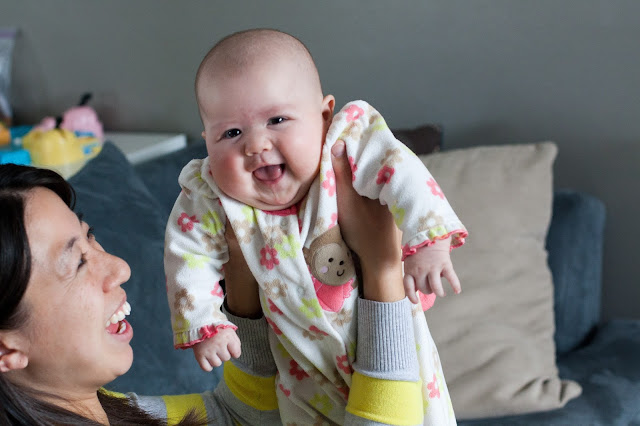 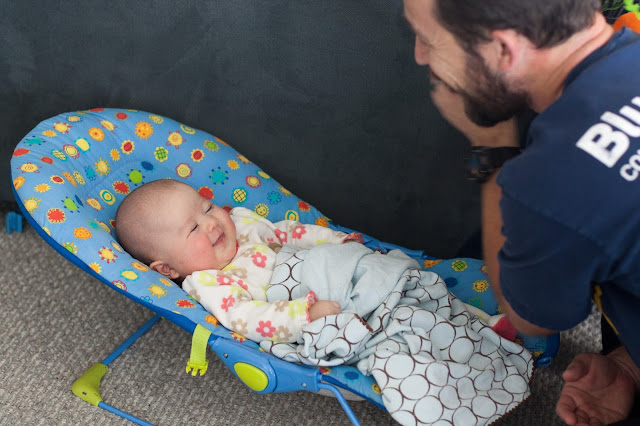 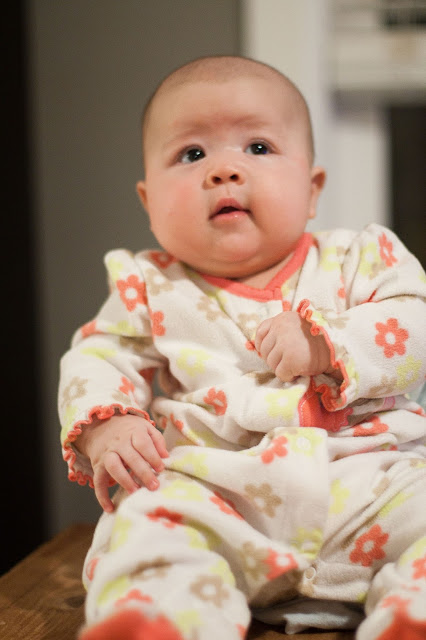 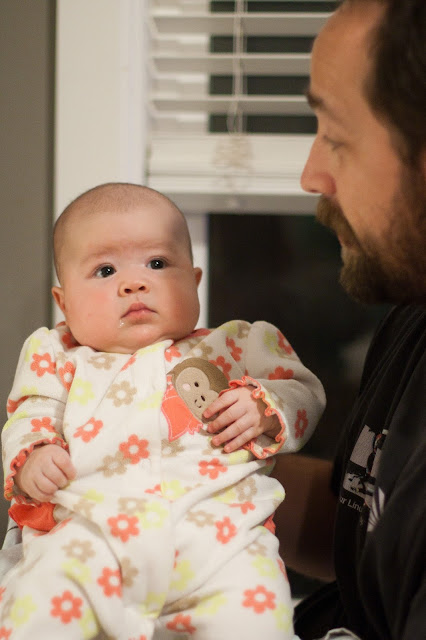 We've been eating really well the past couple weeks.  I only grabbed a few photos but seriously pretty much every dinner has been blogworthy. 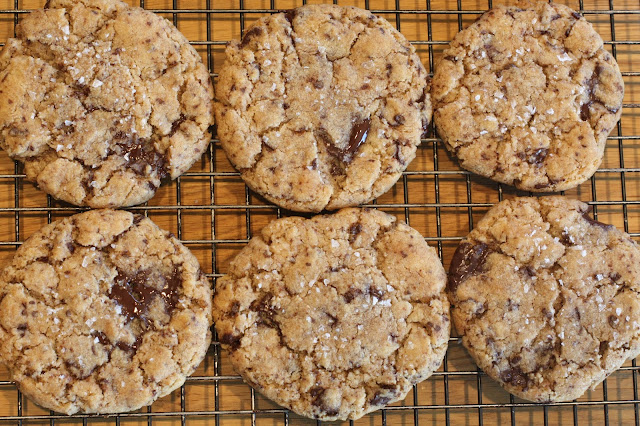 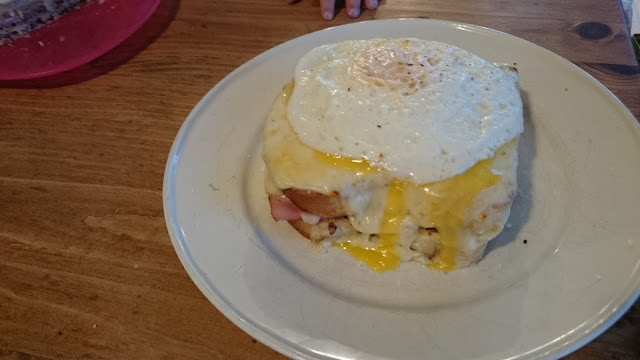 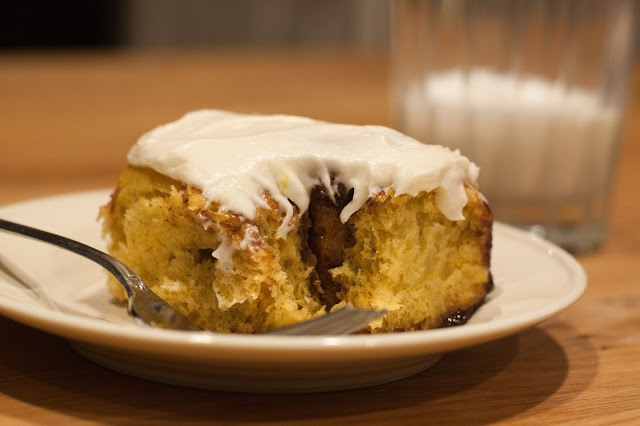 It was "Red Ribbon" week for drug awareness and on Tuesday the students were allowed to wear mustaches to school.  Sammy designed his own mustache.  We forgot to get pictures of Isaac and Ellie.  Maxine calls this the "Gomez". 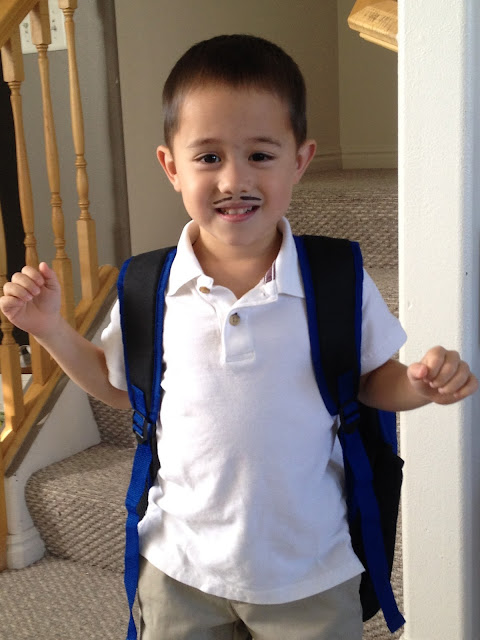 Some random pics of Ellie because she's amazing: 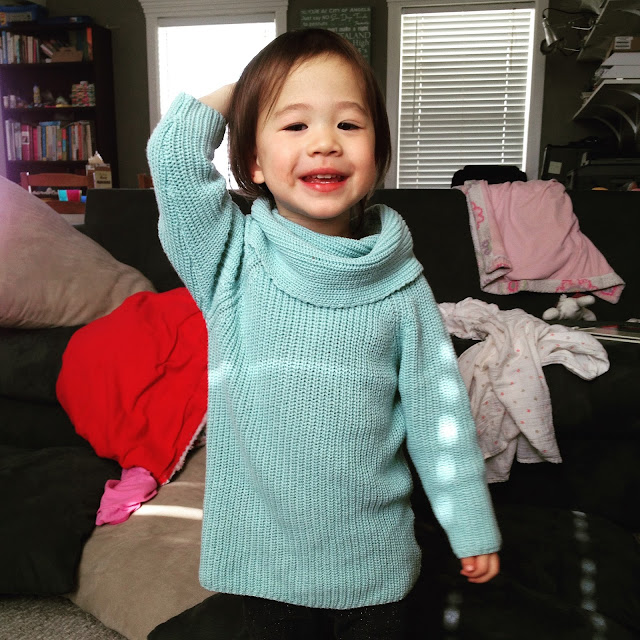 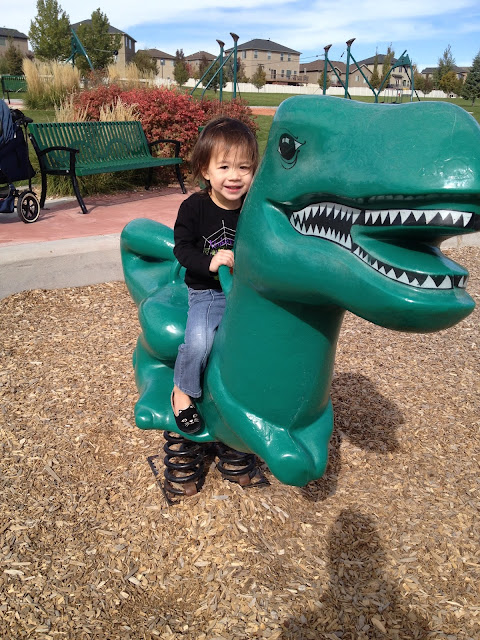 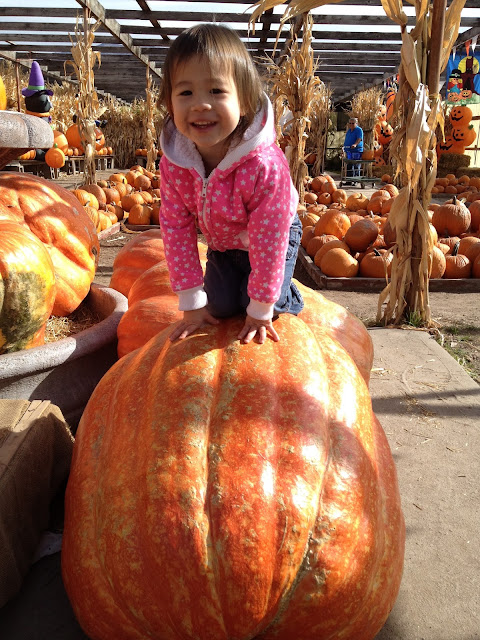 Friday was the kids' school carnival.  They kept saying over and over how it was the best day ever.  They got to go trunk-or-treating in the parking lot.  This year Sammy mustered up the courage to go through the "haunted house" with Isaac (level 2 scariness!) and neither were scared at all. They decided that next year they need to go to level 3.  Ellie was just happy running around getting free candy. 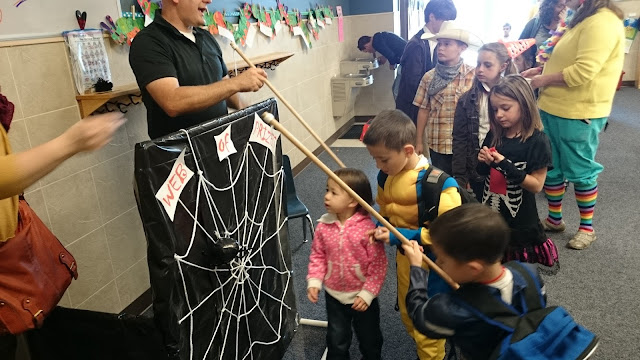 After the Halloween Carnival we carved our pumpkins.  We picked our pumpkins weeks ago so the wait was apparently really hard on Sammy.  He was SO excited to be able to open up the pumpkin carving kit that he's been holding onto ever since the day we got the pumpkins.  Seriously, he slept with it the first night we got it.  The boys designed their own faces and we helped them with the carving. And Ellie painted Daisy's pumpkin. 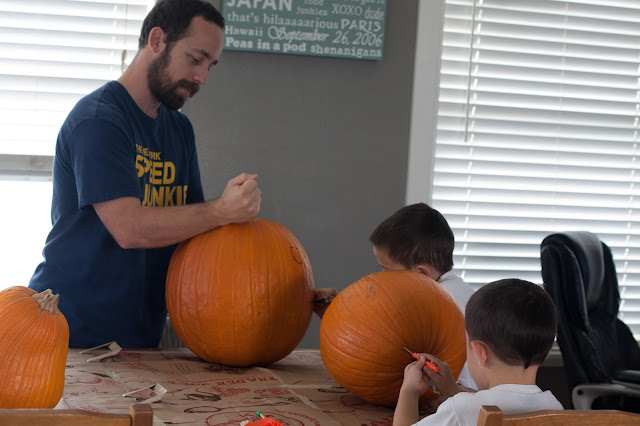 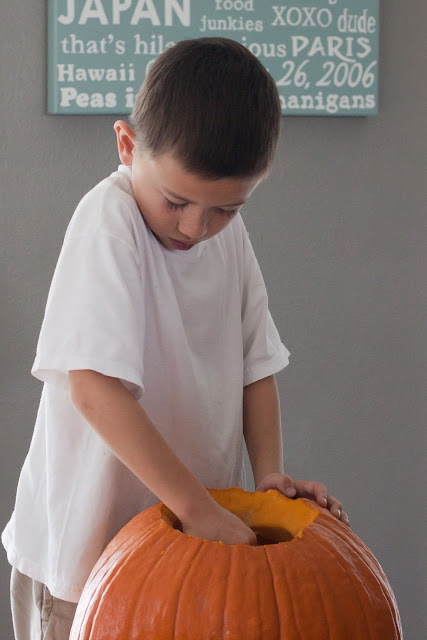 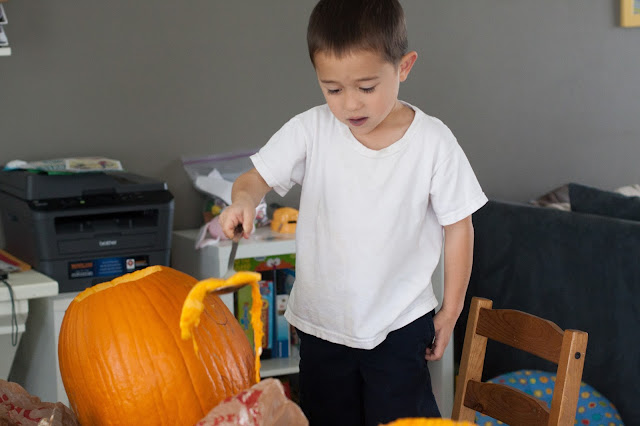 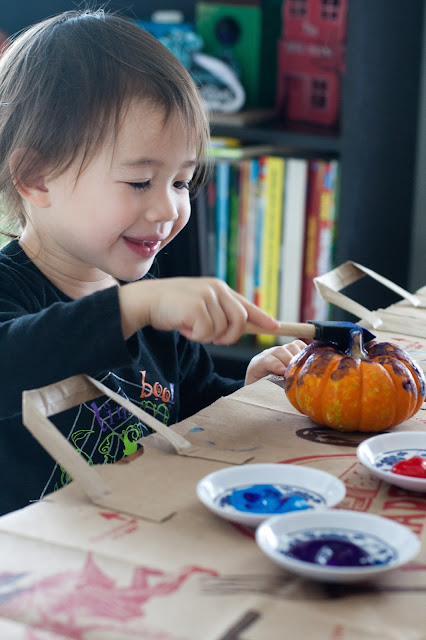 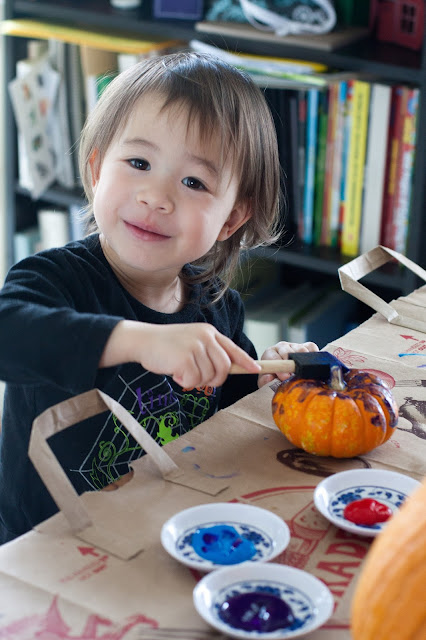 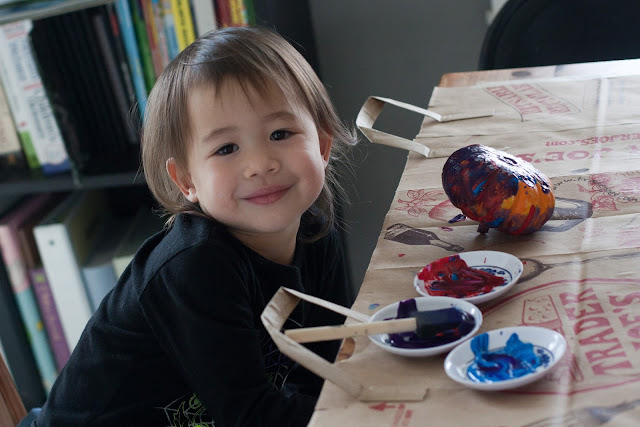 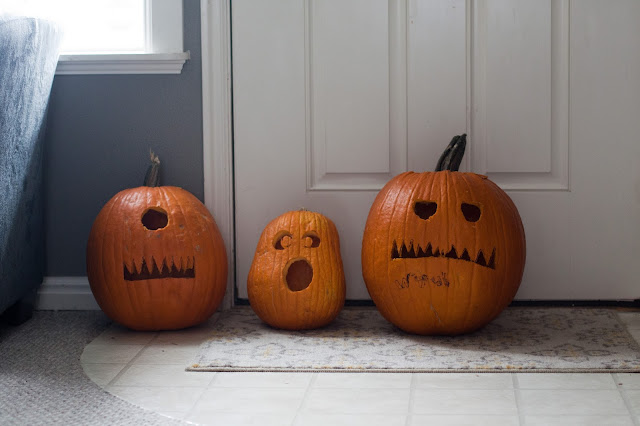 For Halloween we met up at Sheena's house.  Our kids were superheroes and a monkey, the Menkes were bats, and the Barringtons were Harry Potter characters.  Sheena's neighborhood is perfect for trick-or-treating.  The entire neighborhood has the ideal amount of houses and the final house is always giving out free hot chocolate.  Kind of a perfect way to end things. 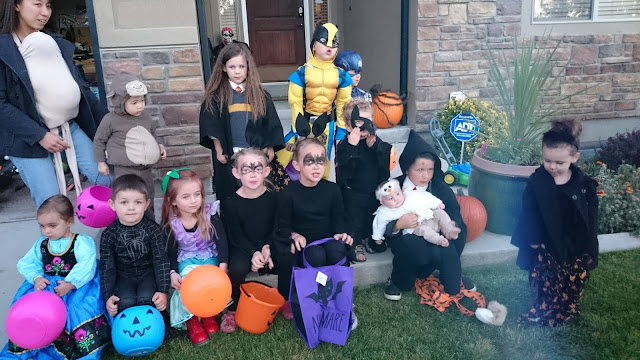 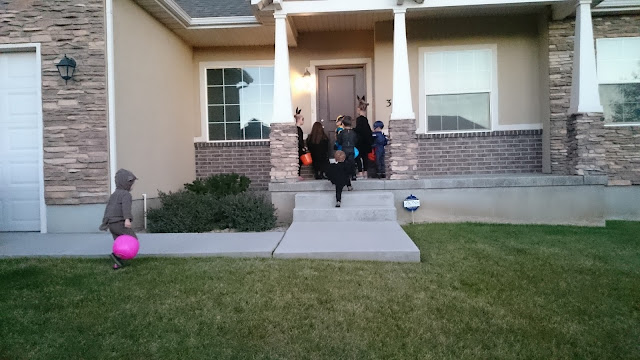 After we returned the kids watched "Hotel Transylvania" and traded candy. 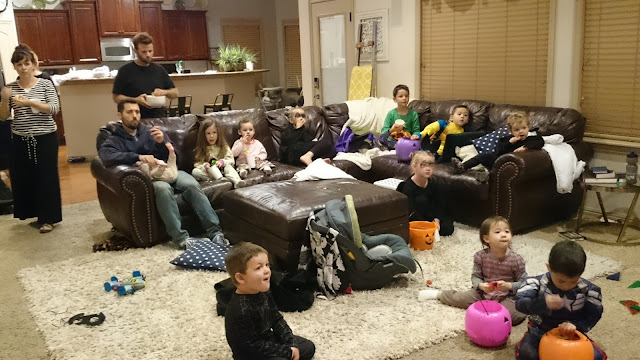 We got a cute picture of Daisy and Gwen.  It reminded us of pictures we took of Isaac and Cade back in 2008. 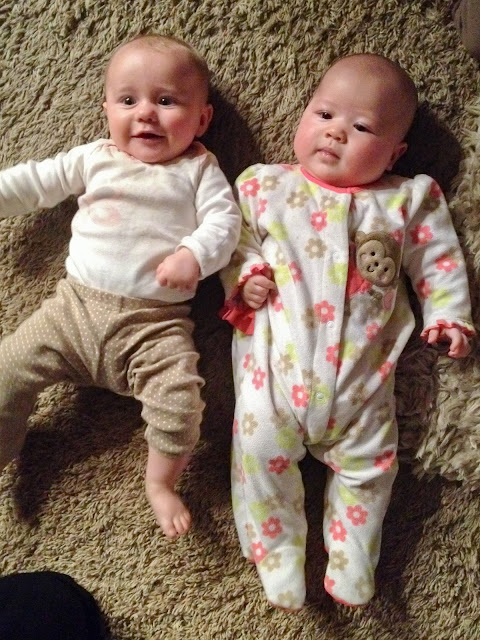 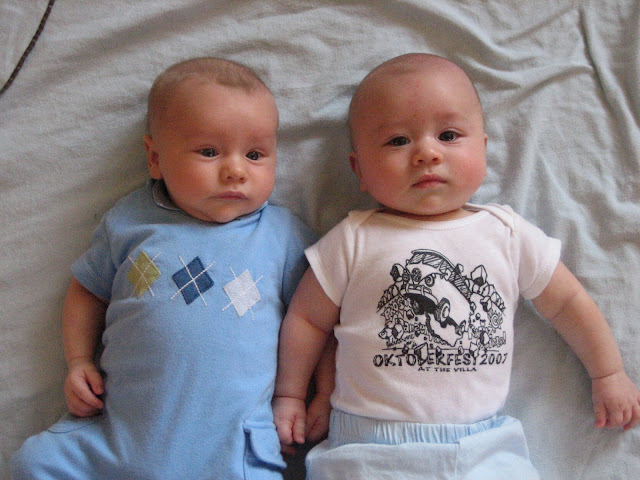