Since our life mostly consists of taking care of Daisy and trying to get her to sleep, let's start the post off with that.  Daisy is starting to get a bit more photogenic, so there are a bunch of photos of her this week.  The kids love to spend time each day trying to get her to smile at them.  She usually obliges. She's also been sleeping a bit better lately, giving us 4- to 8-hour stretches at night and a couple longer naps during the day.  She's been more alert this week and is more content to just hang out for a while (up til now she would cry if set down for more than 2 minutes). 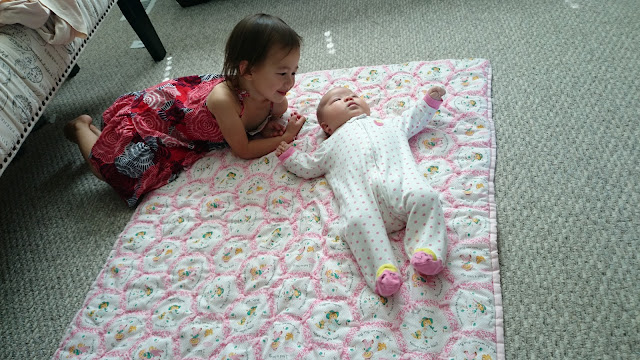 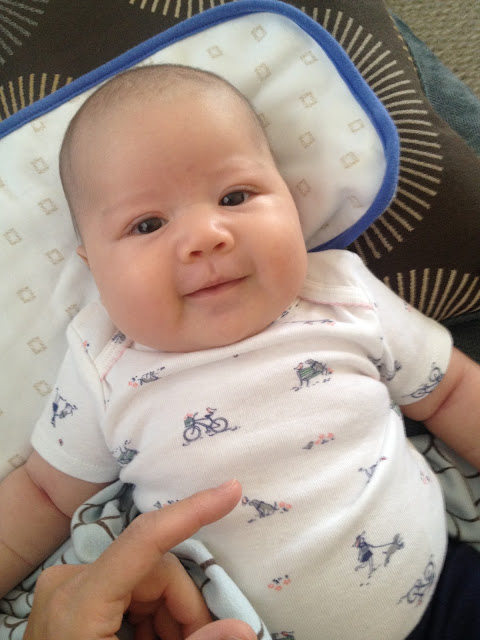 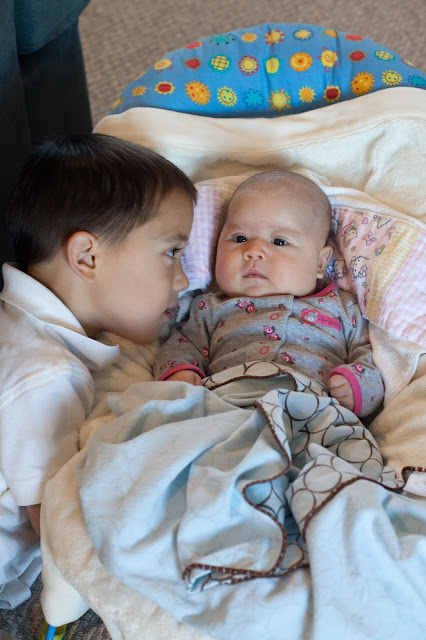 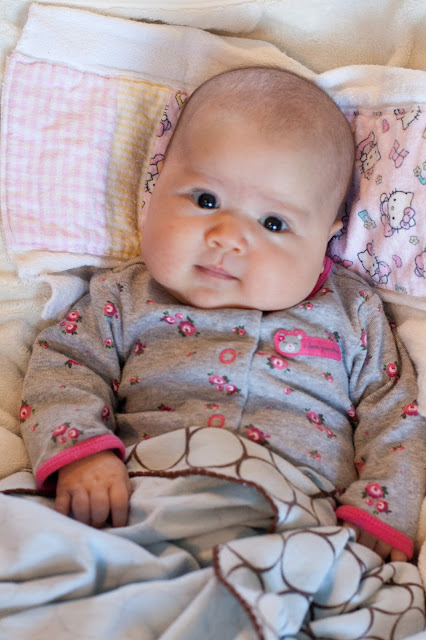 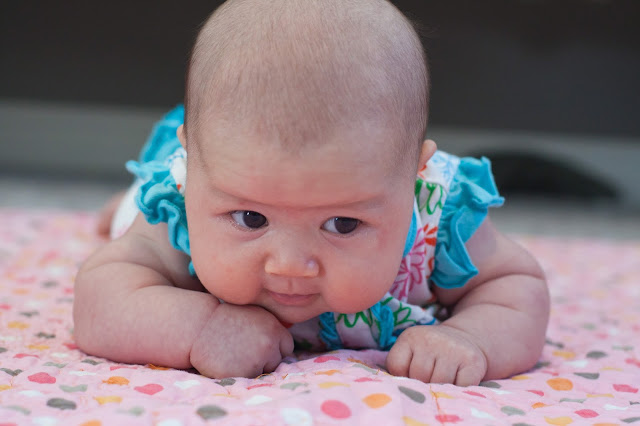 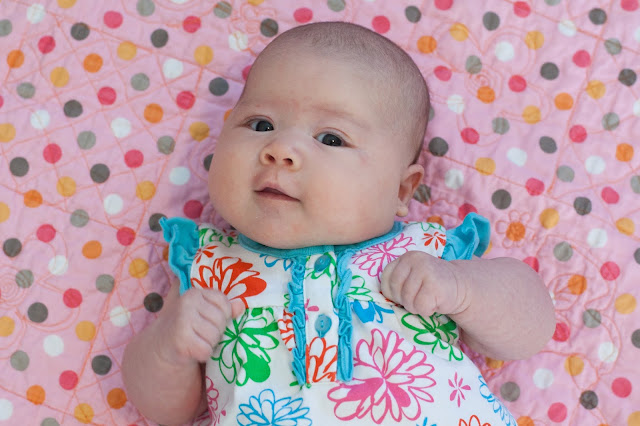 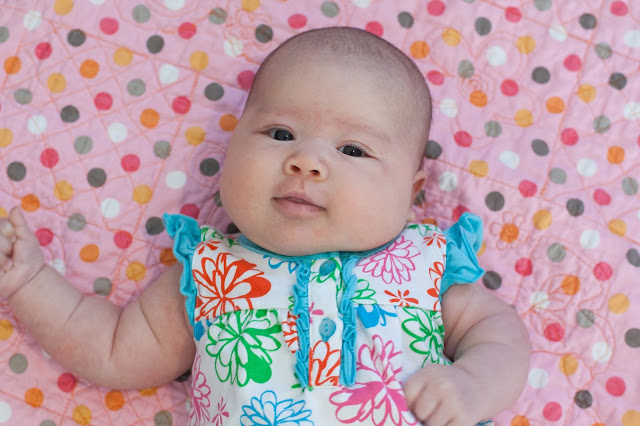 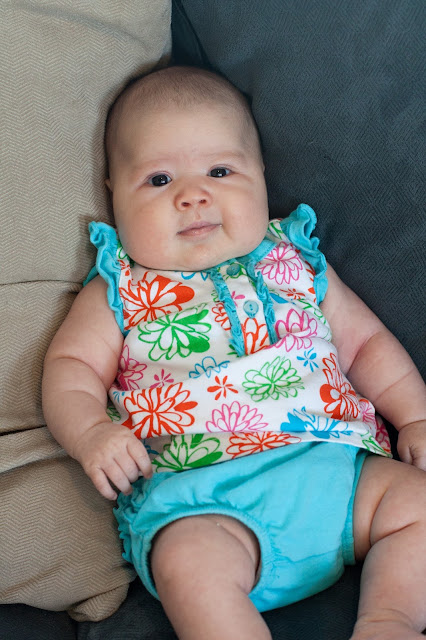 Today we ventured out on our first hike since a few weeks before Daisy was born.  We chose to give the Donut Falls hike another try, since our first attempt was thwarted by unmelted spring snow.  The leaves are just starting to turn on the mountain, which was a nice bonus on our drive up. 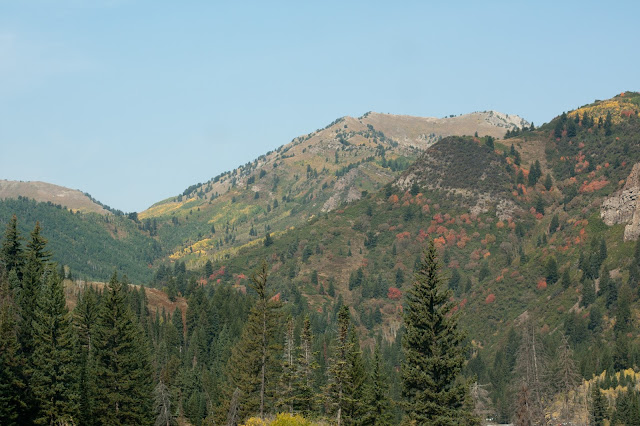 We had a great time on the hike, and the kids did really well.  They loved all the rocks on the trail and spent a fair amount of time chucking rocks into the river as we went up. 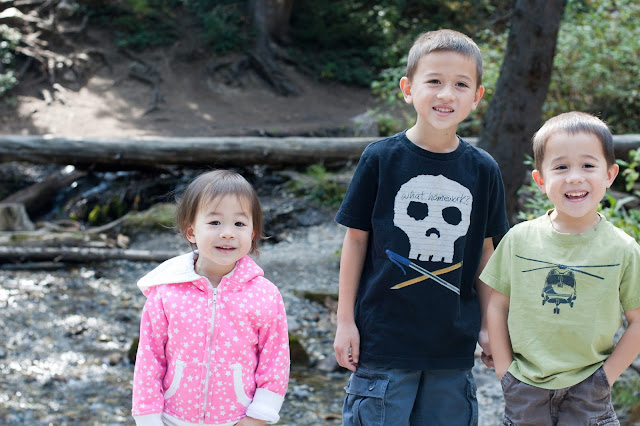 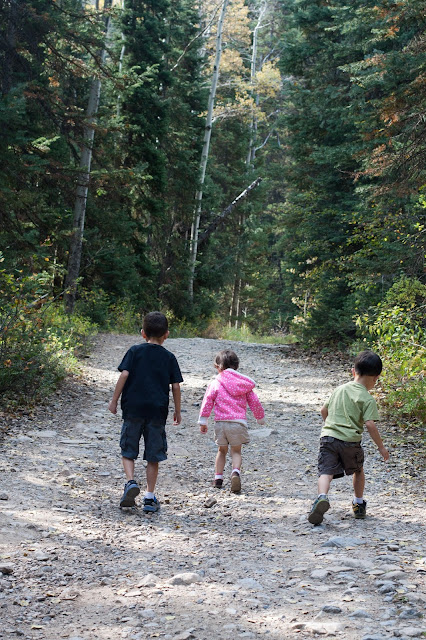 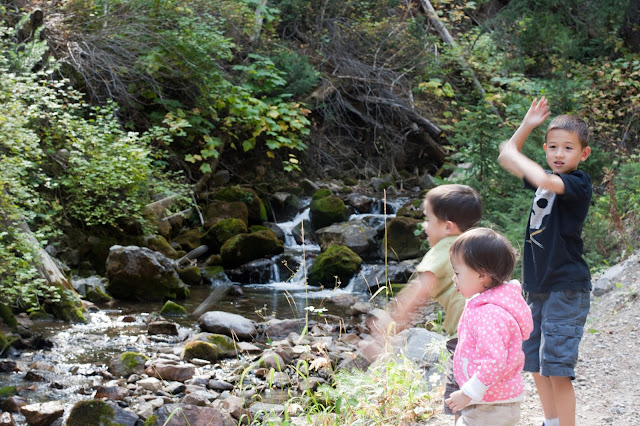 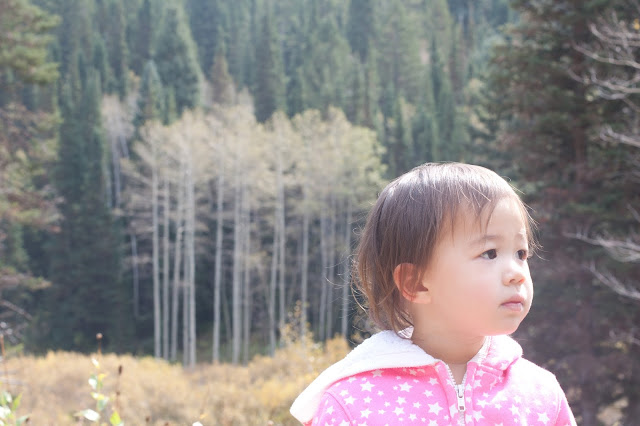 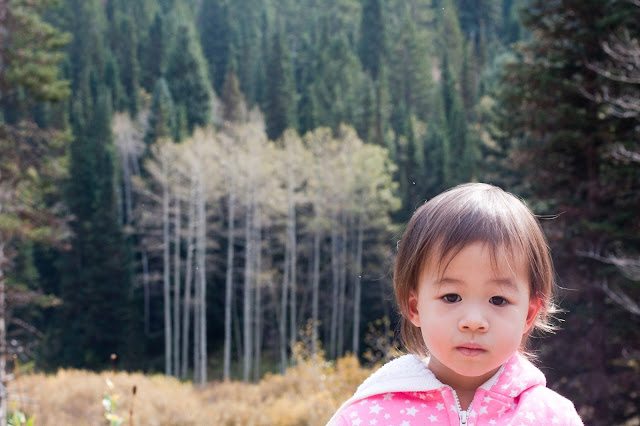 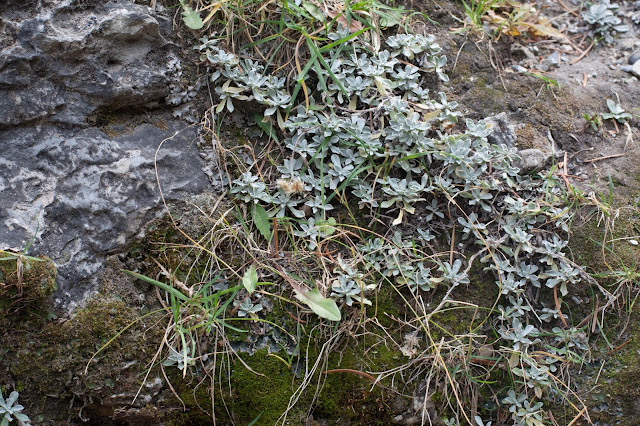 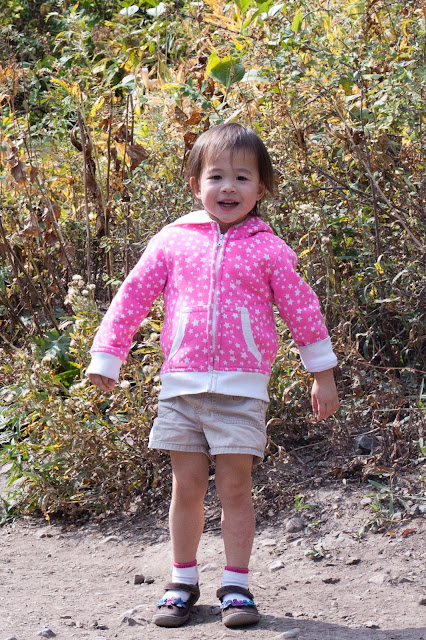 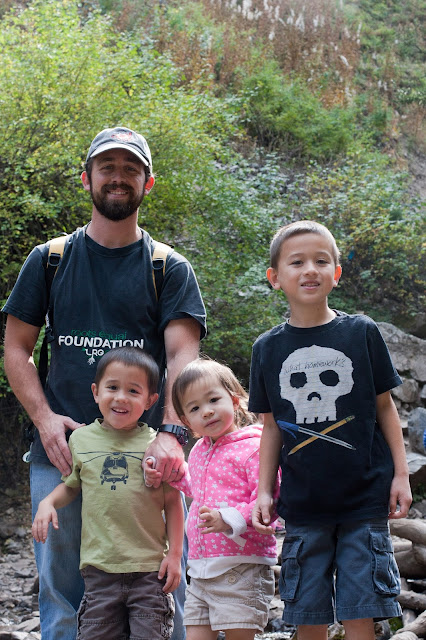 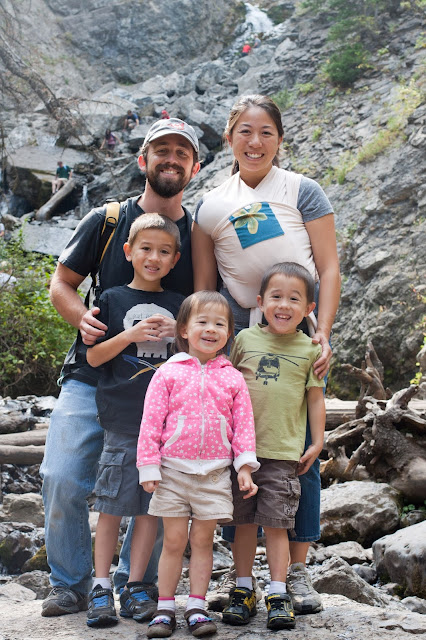 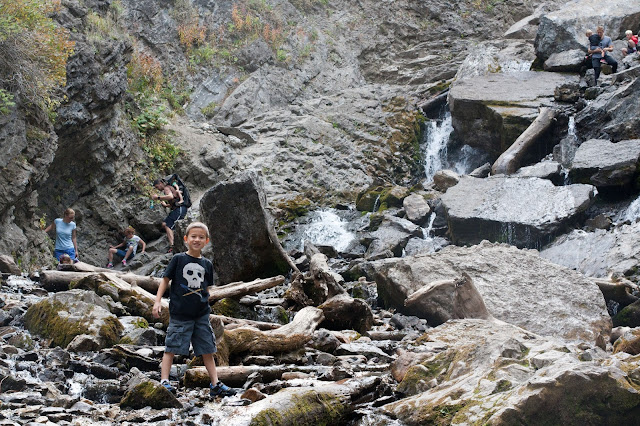 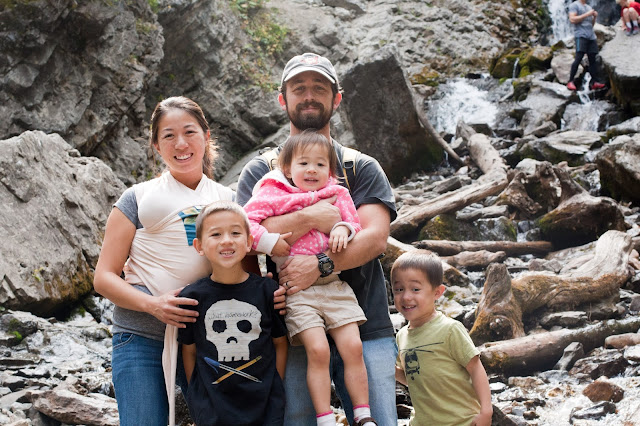 This picture was taken just a few minutes before Sammy biffed it in the water.  His entire left side was drenched and there was much crying and sadness.  That kind of ruined the trip back for him, but he stoically bore it. 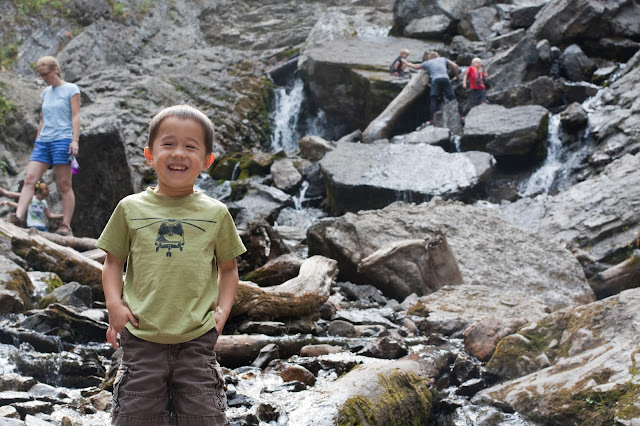 Our neighbors very generously allowed us to pick as many tomatoes from their garden as we wanted this weekend.  They got a bumper crop and we... didn't.  So I took advantage and picked about 10 pounds of regular tomatoes and several cups of cherry and pear tomatoes.  Next week's menu pretty much includes tomatoes in every meal.  Tonight's was this: a burst-tomato, zucchini, and corn galette that was so delicious even the kids loved it.  Wrap anything in buttery pie crust and it's bound to be delicious! 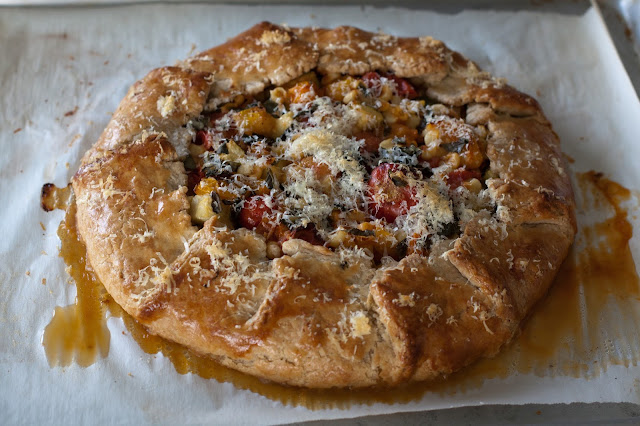 Posted by provoloner at 9:56 PM