Isaac and Collin were sick Monday, so Collin worked from home while Isaac discovered his first Calvin and Hobbes comic book and read for 2 straight hours.  He also discovered Collin's Simpson's comic book, which is what occupied him for the majority of those two hours.

There was a brief drizzle of rain Tuesday, but the double rainbows that followed were quite epic in scope (and I got to use my phone's panorama feature for the first time - whee!): 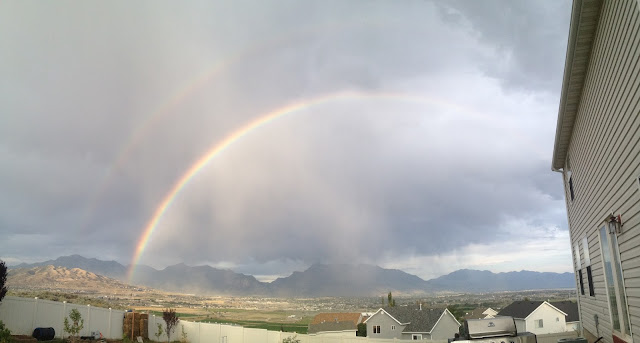 Saturday was the annual Revival Recital, a chance for us mommies who have given up our performance talents in the pursuit of child rearing to revive (as it were) our talents once more.  This was my third year participating, and while I wasn't originally planning to do anything for this year's due to having just had a baby, I couldn't resist the invitation to join a barbershop quartet singing Mr. Sandman.  It was especially fun because more women picked up new instruments this year than in years past.  One day I'd like to learn a new instrument and perform it at this recital. 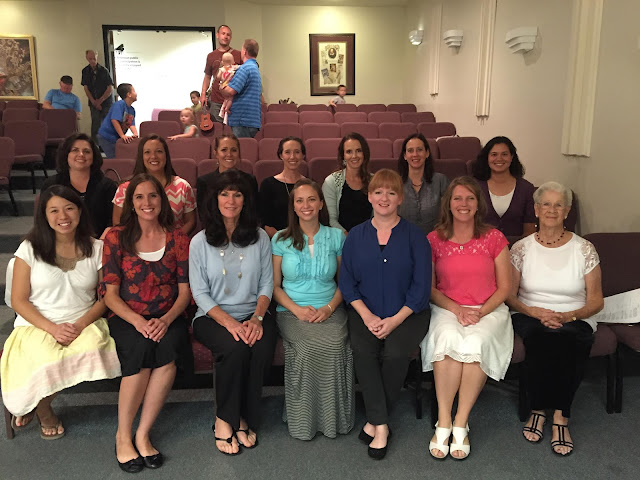 Before the Revival Recital on Saturday afternoon, we went to pick up our friend Robin from the airport.  She'll be staying with us for a week next week and also having her baby(!) in our home(!!).  It's a long story.  But before all that, we made a pit stop at a coffee shop/bakery/cafe called The Rose Establishment in Downtown SLC and got some treats.  Isaac ordered a rose shortbread cookie (he's so refined) while Sammy and Elinor split a giant chocolate chip cookie that was so delicious we had to go back and get another one.  The thing was huge (this picture is after we'd eaten about a third of it - it's about the size of my hand), redolent with little slabs of 70% bittersweet chocolate, and topped with a judicious sprinkling of sea salt.  It was everything a chocolate chip cookie didn't even know it aspired to be, and I can't stop thinking about it.  Perhaps another trip downtown is in order soon. 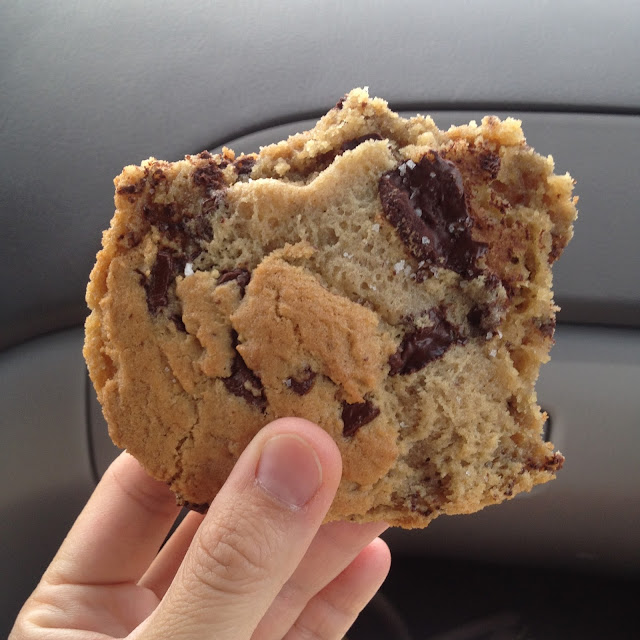 Daisy started smiling this week!!  The whole family spends a ridiculous amount of time trying to get her to smile now.  I don't have a great picture of it just yet, but here she is a split second before smiling. (Does that count?) 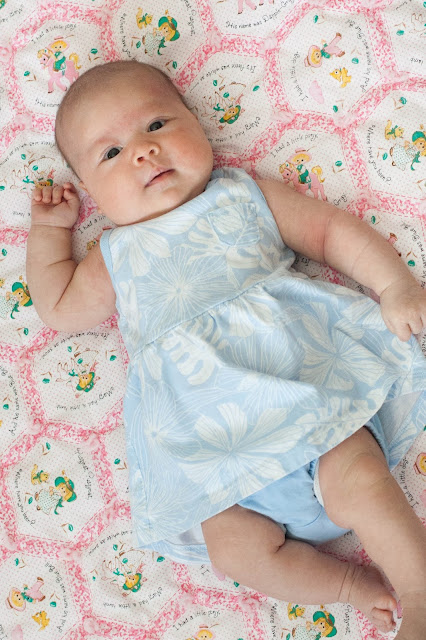 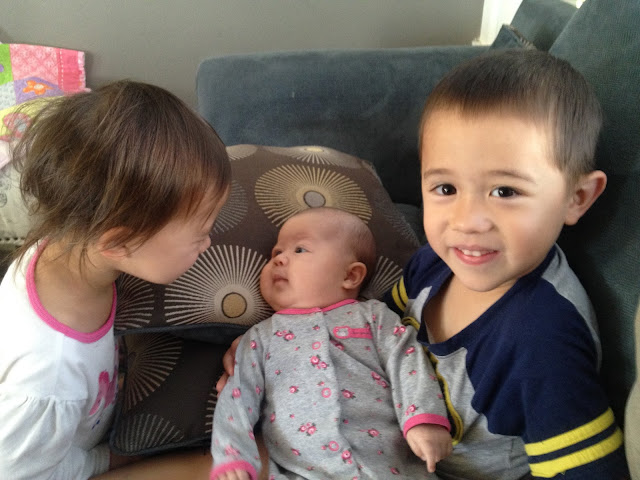 Daisy has a slightly bulbous forehead.  One might even call it fleshy. 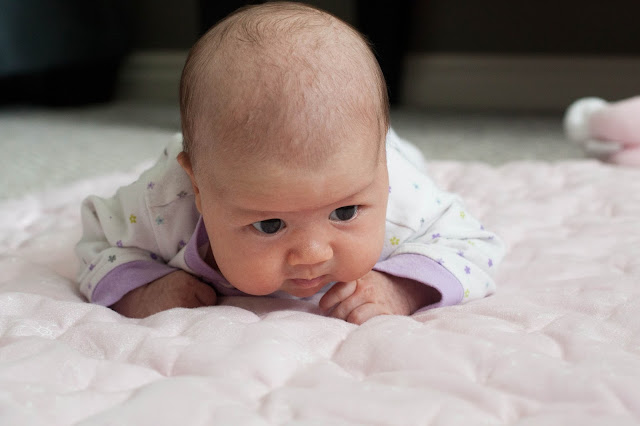 I love how she looks like a little villain plotting something evil here: 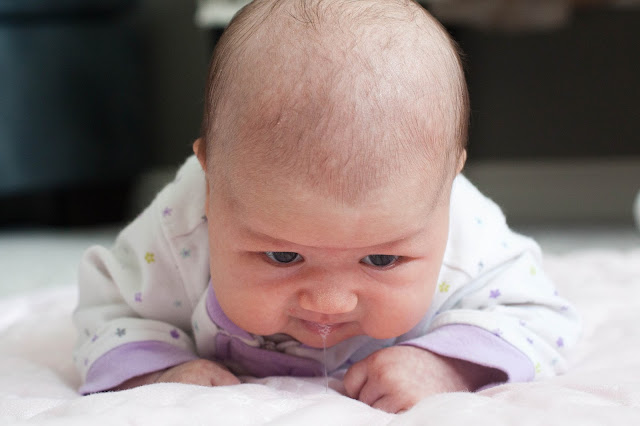 Elinor has been a singing machine lately. One of her favorite songs to sing is "Bicycle Built for Two".  She calms her little sister down by singing this to her and it pretty much melts all the hearts.
Also, she (sort of) knows her ABCs.
And finally, she is a goofball:

Posted by Maxine Parrish at 9:41 PM