Not too much happened during the week.  Maxine had a doctor's appointment on Tuesday.  She was dilated to 2-3 cm (she was 1 cm last week).  The doctor said if she keeps this pattern up there's a fair chance she can have the baby next week.  We're hoping she'll hold off until next weekend so there's time to get the guest bathroom and the guest room sorted out and cleaned up first.

Kids fall asleep in funny positions all the time.  The boys are usually spooning or else sleeping with one's foot in the other's face.  The other night I heard Elinor whimper something grumpily in her sleep.  Ten minutes later I checked on her to find her fast asleep like this.  We like to think she fell asleep praying. 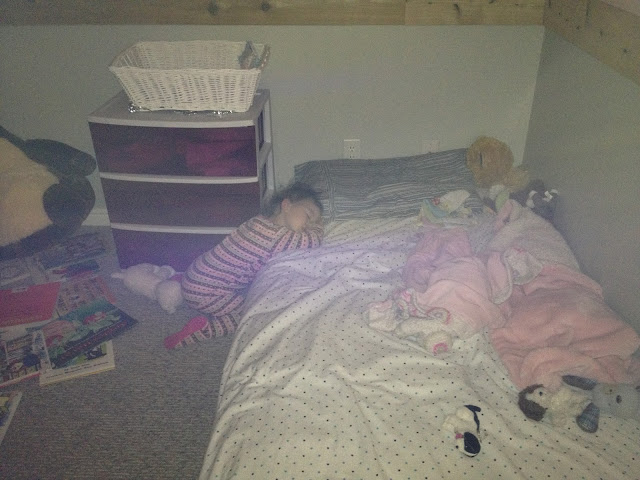 Maxine made this peach and nectarine galette with pecan crust on Thursday, just because they were lying around and she doesn't know when to stop (this is Maxine writing, by the way).  Baking in general has definitely slowed down recently because of all the backaches and swelling feet, but sometimes a piece of fruit just calls to you. 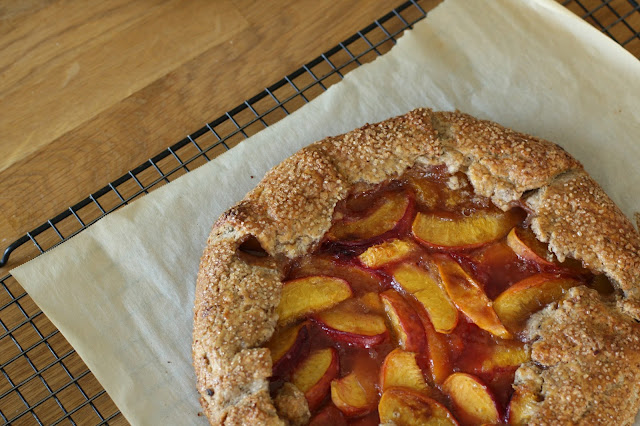 Work on the bathroom continued this week. As of Thursday, the tile has all been laid and the painting done.  All that's left is grouting and sealing, paint touch-ups, installing fixtures, and clean-up.  It's scheduled to be completed by the middle of this coming week. 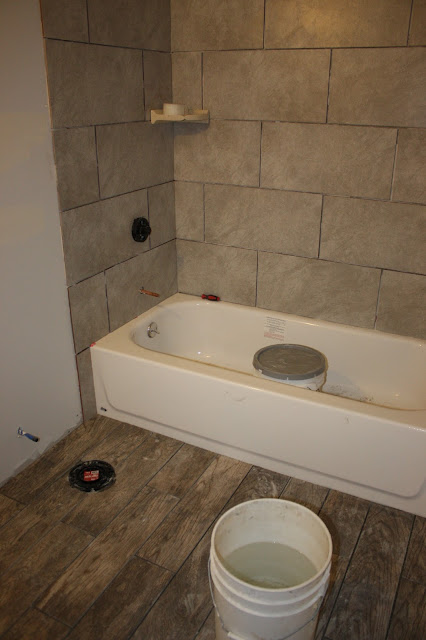 Collin had the day off work on Friday, which we spent running All The Errands and working out in the yard (well, Collin did. I sat on the couch for much of that.).  We did manage to stop at The Orange Peel, a juice/smoothie/boba shop, as a fun treat. 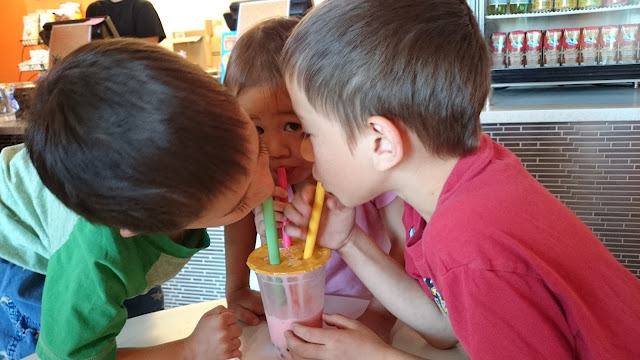 Yesterday was Independence Day.  We had Collin's sisters and their families, plus the Butlers, over for dinner and fireworks.  Unsurprisingly, we didn't take any pictures, but it was a fun time.  Collin grilled up some rather incredible hamburgers.  'Merica!