Collin is the best father I could possibly hope for for our children.  Seriously, he's a rock star.  He jumps out of bed to help them at night before I'm even aware anyone's been crying, and there's rarely a night that passes without at least one of them waking up.  He spends most of his free time (and a fair amount of his busy time) playing with them - not just acknowledging them from a distance or patting them on the head before sending them off to bed, but real running around, chasing, wrestling, hiding-and-seeking, tossing, Lego-building, Hotwheels-racing, baseball-pitching playing.  He is the highlight of their day, and for good reason: he serves our family tirelessly and without complaint.  We love him so much and are so thankful for him!

We don't typically do grand gestures for Mother's and Father's Day, just a nice breakfast in bed and some time off to relax.  Oh, and this apple pie: 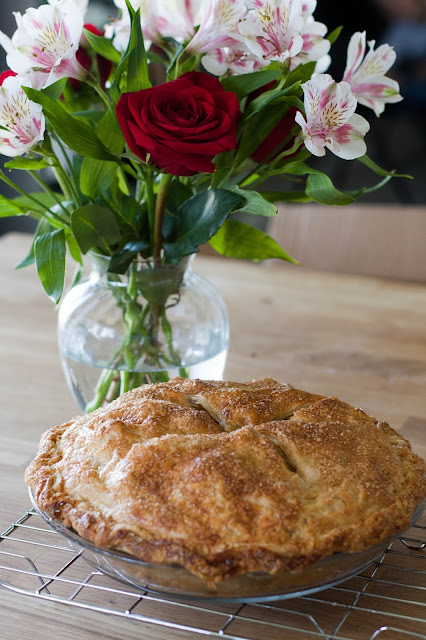 The kids filled out little questionnaires to give to him, and their responses were pretty rad: 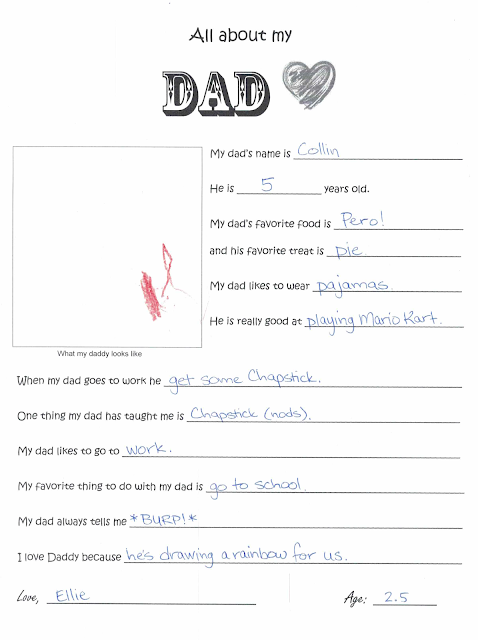 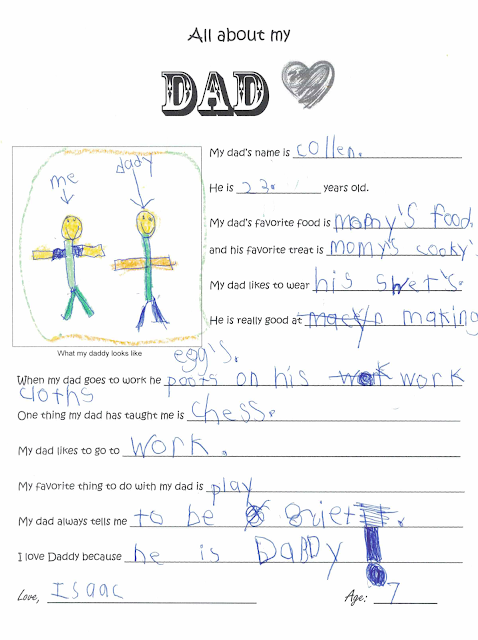 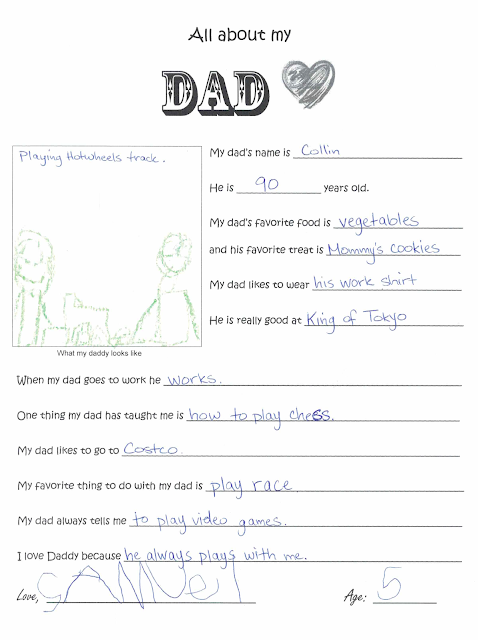 Posted by Maxine Parrish at 2:05 PM