This week rained a lot.  We didn't go out much or do much.

Yesterday Maxine and I were craving ramen.  It was a strange craving and was out of the blue.  We decided to go downtown to a Japanese restaurant called "Naked Fish" which is a high-end sushi restaurant but also has really great ramen.  They were closed for lunch.  So then we went to "Takashi" which is our favorite Japanese restaurant but they were also closed for lunch.  So we went with our third option which was called "Tosh's Ramen" and it turns out that Tosh was the ramen chef at Naked Fish and quit and started his own restaurant and we're so glad we went there!  The ramen was perfect and we spent the next several hours exclaiming to each other how perfect our meal was.  It was the best!  We actually spent a lot of today exclaiming to each other how good it was. 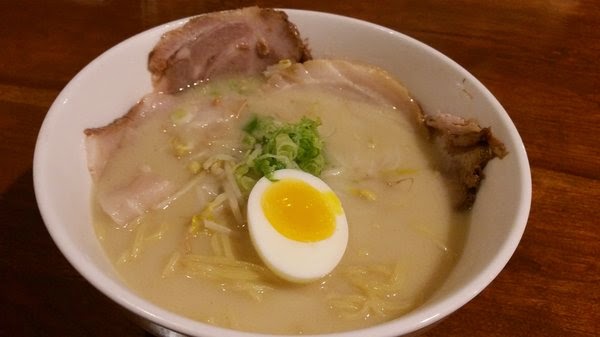 Last night Maxine took Isaac to a Jr-High school play called "Bye Bye Birdie."  Isaac said he had a good time but spent much of the time staring off into space.

Maxine's been busy making a lot of cakes these past couple weeks.  This was a mother's day cake for our neighbor Amy.  3-layer 6-inch cake with filling made from strawberry swiss-meringue buttercream with chocolate ganache and sliced strawberries between each layer.  Then more ganache and chocolate-covered strawberries on top. 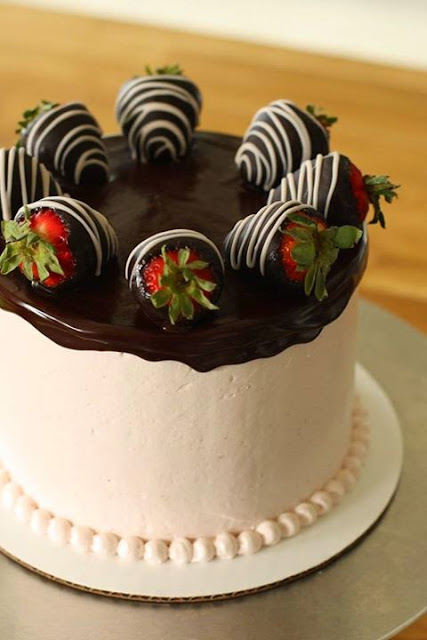 Posted by provoloner at 9:54 PM