I was going over some old posts tonight, just because I like to amaze myself at how little my kids used to be and how much I've forgotten about some details of their childhood, especially in the posts where I highlight each child.  I'm thankful for this blog for that reason, and I figure it's high time I did another spotlight series.  First up: our firstborn! 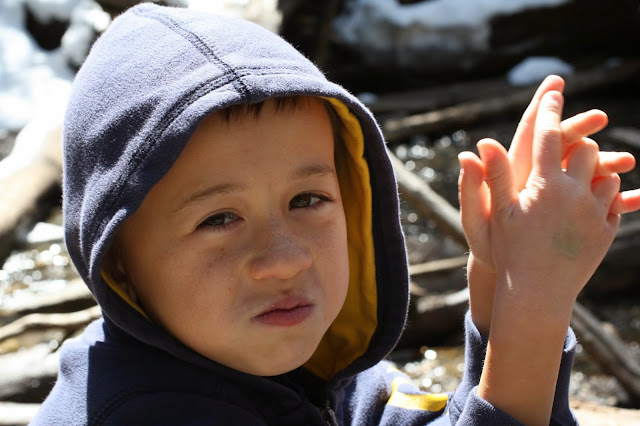 * Isaac's into reading lately.  He reads to himself every night without us asking him to.  His comprehension and fluency are improving a great deal, too.  It still catches me by surprise when he reads something over my shoulder.

* He has become a rather great eater.  Just about all traces of pickiness have disappeared and he'll choke down even the vilest (in his mind) meal.  He even likes some surprising things like eggplant (in ratatouille and some fancy-pants eggplant/orzo bake) and radishes (but only with mint, butter, and sea salt because they're completely delicious that way).  It makes me want to take him out to nicer restaurants to further broaden his palate. He still prefers your standard American fare over anything too exotic, but at least he's willing to try anything.  His current favorite restaurant is Johnny Rockets, but it's mostly because they have a kids' menu that doubles as an activity page.

* Isaac is as social as ever.  He still loves playing with his brother and they pretty much have a nonstop blast together.  He's had a couple of play dates with his friend from school (who used to live just over one street before they moved early in the school year), and he talks frequently about his other friends.  Recess game of choice: variations of tag, the current most popular being Zombie Tag. 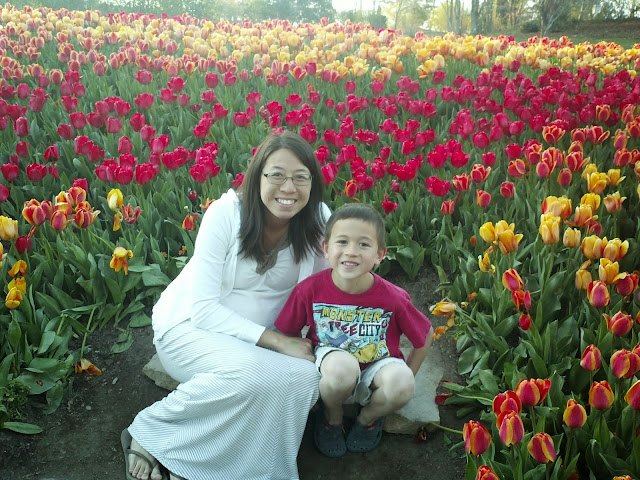 *  He's taken a break from his artistic side.  While he still enjoys creating and drawing things, it no longer holds his interest as much as it used to.

* He can ride a bicycle very proficiently and has since last spring, but he currently prefers the trike for some reason.  Go figure.

* Isaac loves his "blankie," which we randomly gave him to use a few years ago.  I think it was in storage at his Grandma Coco's house and we used it during one of our visits.  It's been his ever since and now he likes to wrap himself up in it each morning (and afternoon, and evening) to stay warm. 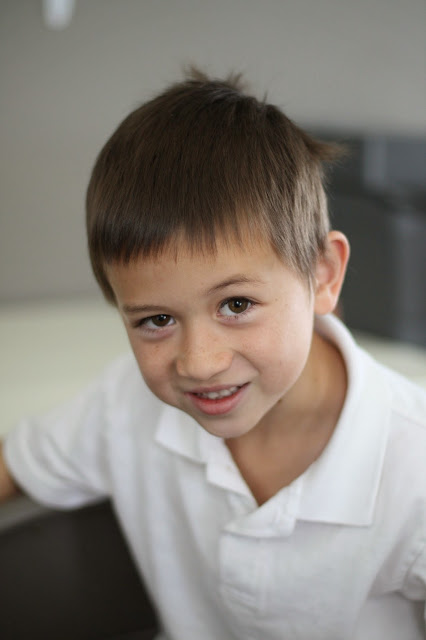 * As Collin mentioned in the last post, Isaac's super into chess now.  I mean, super.  He wants to play pretty much all the time.  We've been going easy on him of course, giving him hints and coaching him on how to foresee his opponents' moves.  Last time, he asked Collin not to go easy on him anymore.  He really wants to get good at it.  In general, Isaac really loves board games, but the more grown-up kind.  He loves King of Tokyo and asks to play that one frequently as well.  I love that he's becoming such a gamer!

* Video games.  Ah, video games.  He of course loves video games.  He's gotten quite decent at Mario Kart (he comes in 1st place sometimes), loves the Phineas and Ferb game, plays Monster Jam with Sammy, and is currently really into Lego Star Wars.  We limit video games to weekends, but they (all the kids) also love to watch Collin play a little Sly Cooper on some week nights.

*TV: His favorite shows include Avatar: The Legend of Korra, Casper's Scare School (why???), Phineas and Ferb.

* Things we've been working on: Complaining.  Isaac went through a whining phase a few months ago, which was about the worst thing for my nerves.  Thankfully, (yes, thankfully) he's moved onto complaining.  That I can deal with a bit better.  He isn't too extreme about it though.  We're also working on him letting people get a word in edgewise.  He loves to talk to us (and we love to listen to him!), but his stories tend to go on for quite a while.  We're trying to encourage more brevity without making him feel like we aren't interested.  It's a tough balance. 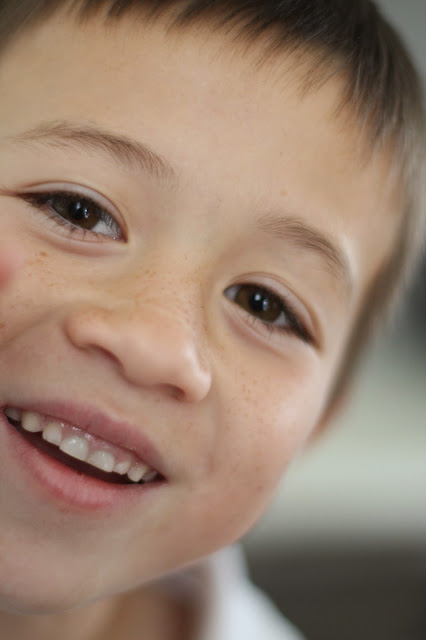 * I am frequently humbled by Isaac's sweetness and obedience.  I still can't imagine having a better oldest child than him.  He is truly pure of heart and innocent and kind to the core, and no amount of potty humor (seriously with the potty humor, kid!) or stinky attitude (oh yeah, sometimes he thinks he's a brooding teenager) can ever diminish those core personality traits.  We all love him so dearly - he's our Buddy!
Posted by Maxine Parrish at 1:22 PM