We didn't take many pictures this week - most of the goings-on were our typical daily routines and not very exciting.

One morning Sammy was sitting at the table eating his breakfast when Ellie decided there was enough room on the chair for both of them.  She inserted herself in the tiny space behind Sammy and started hugging away.  Sammy was less than thrilled with the arrangement: 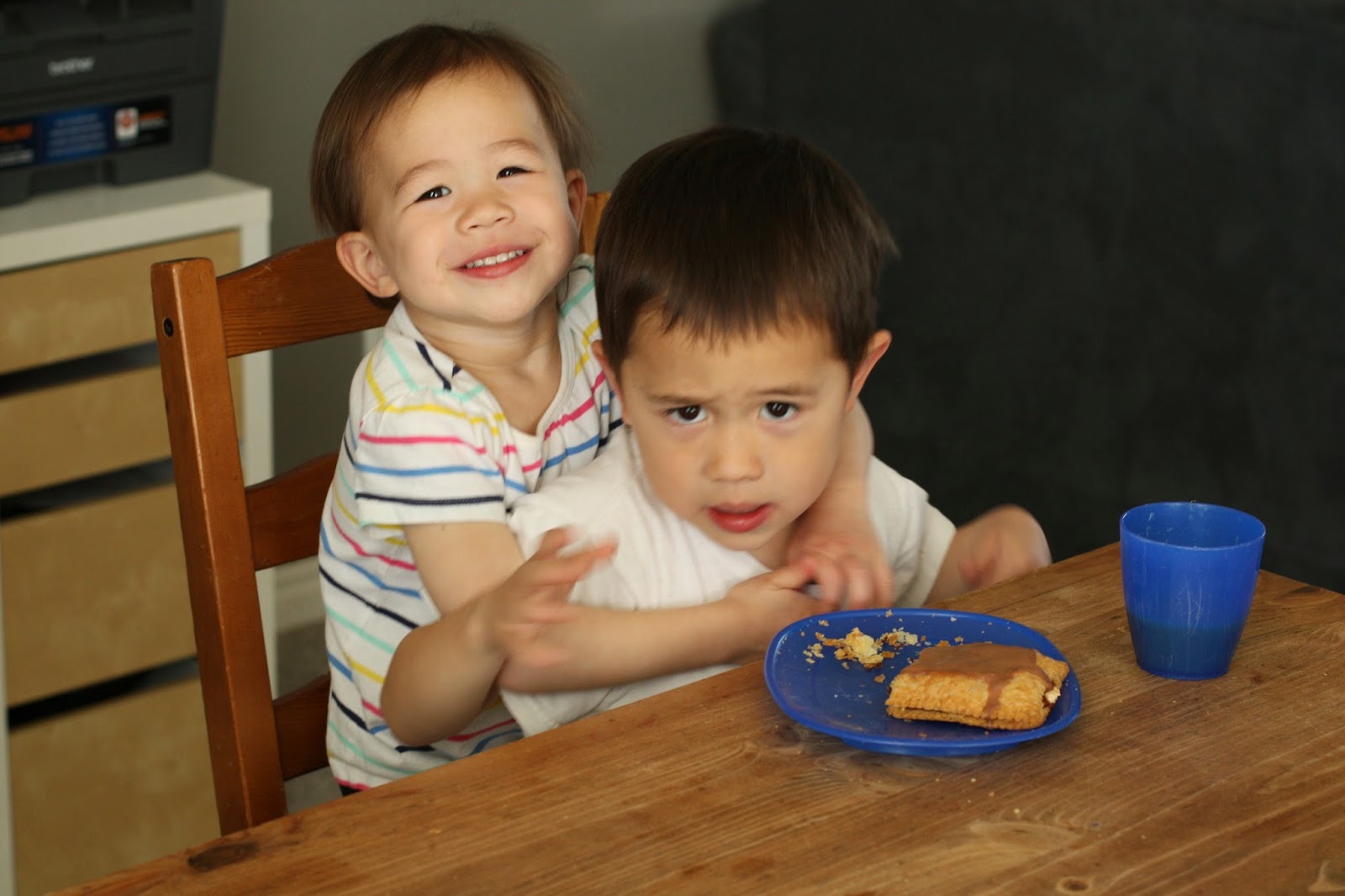 Especially when she started pushing for more space: 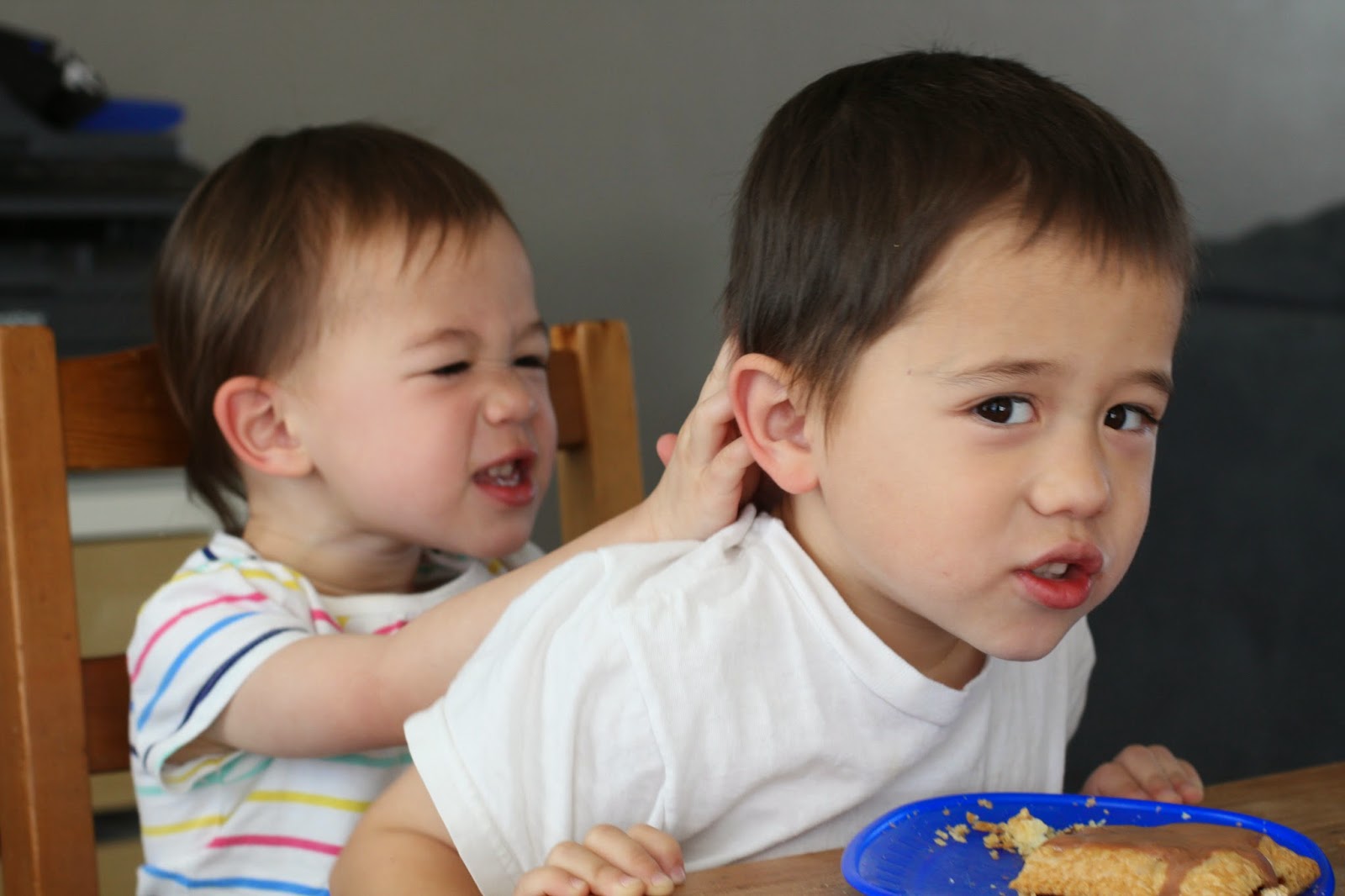 ...Until he realized he could just sit back and smash her head into the back of the chair: 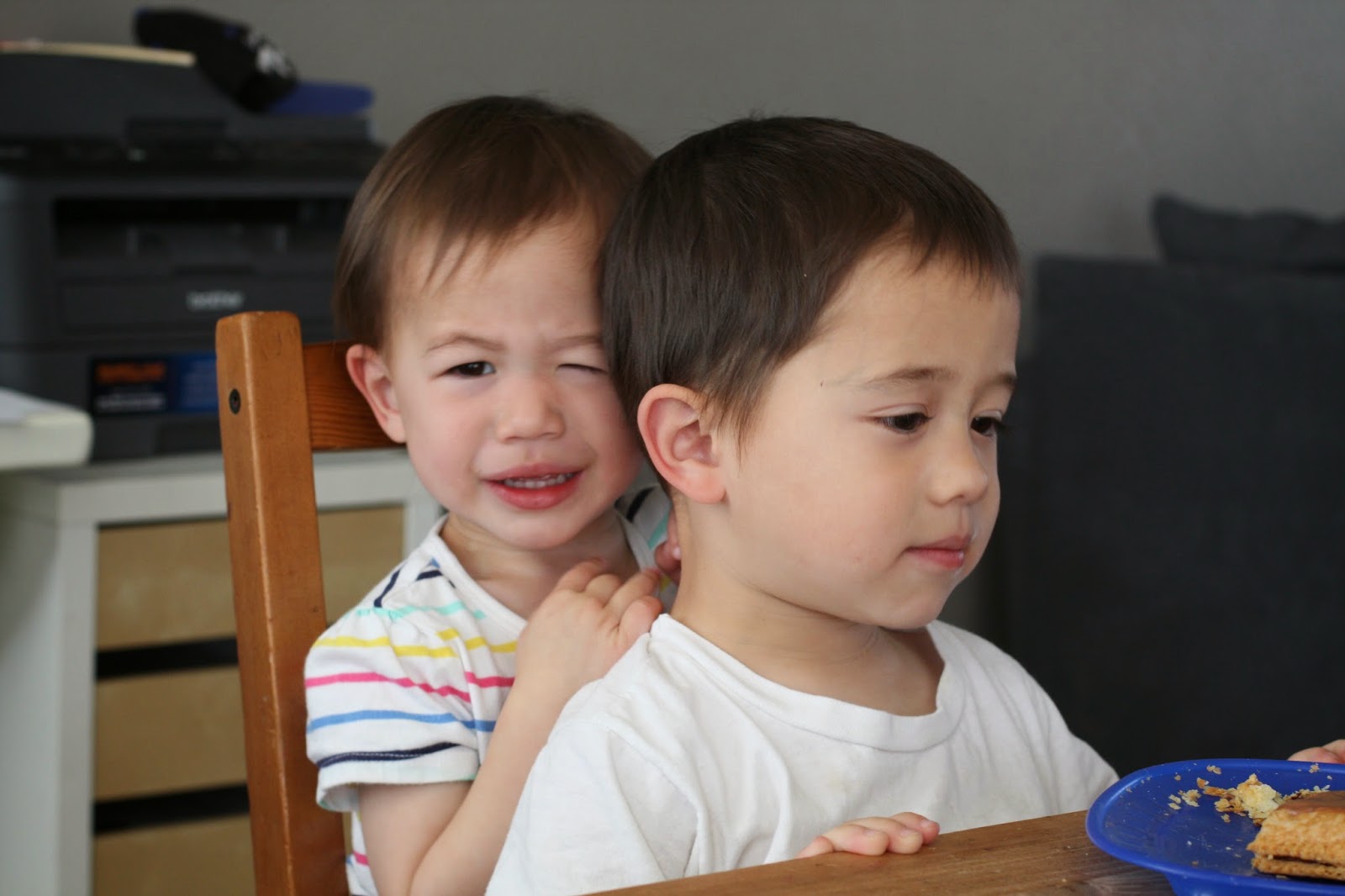 On Friday night we went to Ikea for some new bedroom furniture for the kids.  They were super excited and it was great to get their rooms re-organized and cleaned up.  Ellie keeps exclaiming how much she loves her "new room" (she inherited the boys' old bookcase and most of the picture books).  Sammy has stayed up late the past two nights drawing monster trucks on his desk. 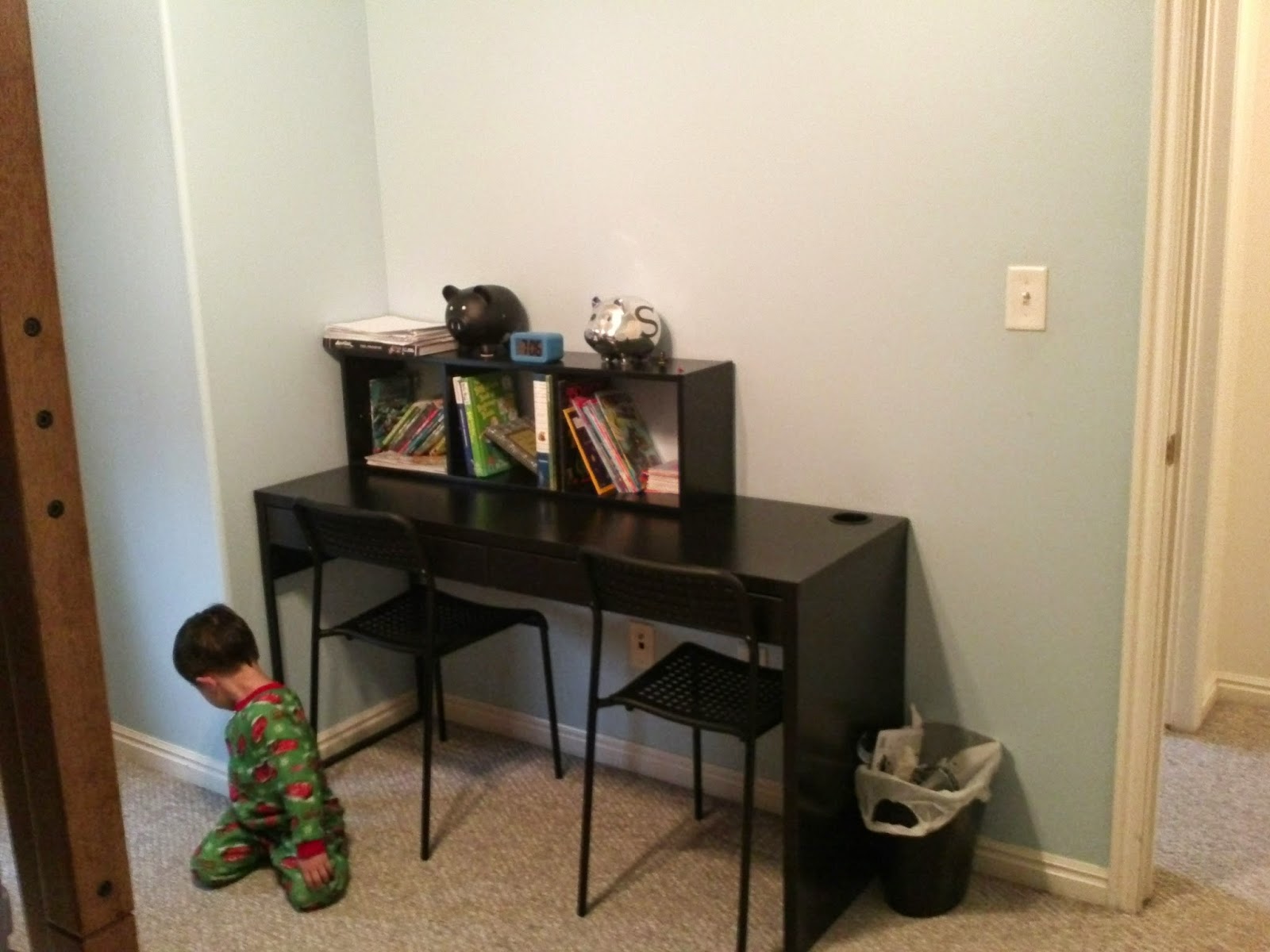 A few days ago Maxine was researching restaurants in the Salt Lake area and came across a German bakery called Vosen's Bread Paradise:
http://www.vosen.com/

We woke up early on Saturday morning and made the trek up to downtown SLC and gorged ourselves silly. In order from left to right-  chocolate pastry, raspberry "croliner", chocolate croliner, raspberry berliner, maple croliner (so amazing), hazelnut pastry, and chocolate Kouign-amann.  The croliners were an interesting take on "cronuts" and were filled with pastry cream.  Surprisingly the weakest link was the Kouign-amann, which is usually our favorite.  This bakery also had a little chess table set up and Isaac was really interested so I taught him some of the basics and he caught on really quickly.  Now he wants a chess set.  :) 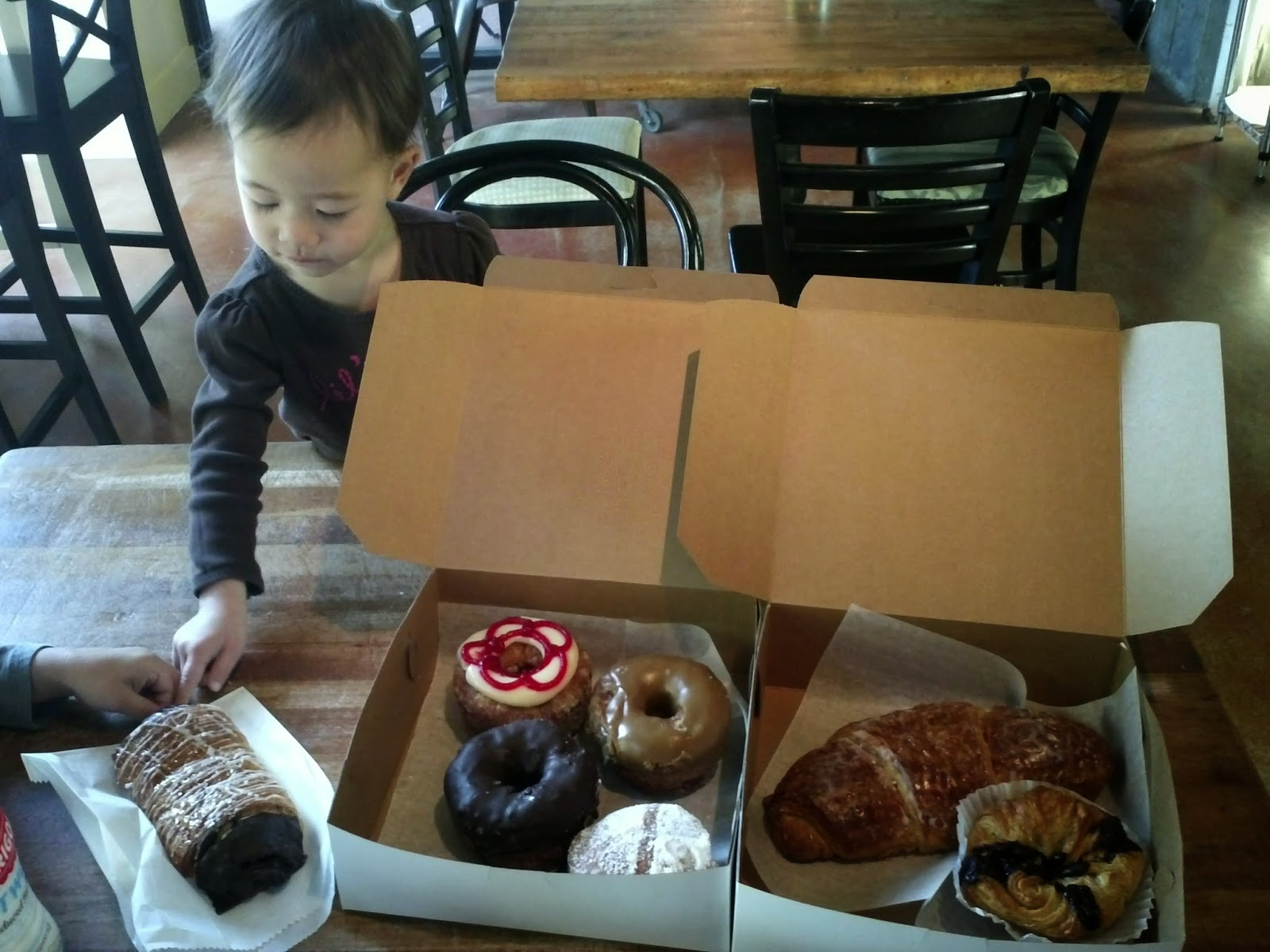 After we left we were driving down the street and saw a Japanese cultural festival going on so we parked and took a gander.  It didn't start for another half hour but it was neat seeing all the cool Japanese stuff.  We went into a Buddhist "Temple" but it was pretty much exactly like a small LDS chapel complete with basketball court.  I was going to take pictures of cool Buddhist stuff but there weren't many great photo opportunities in the basketball court. 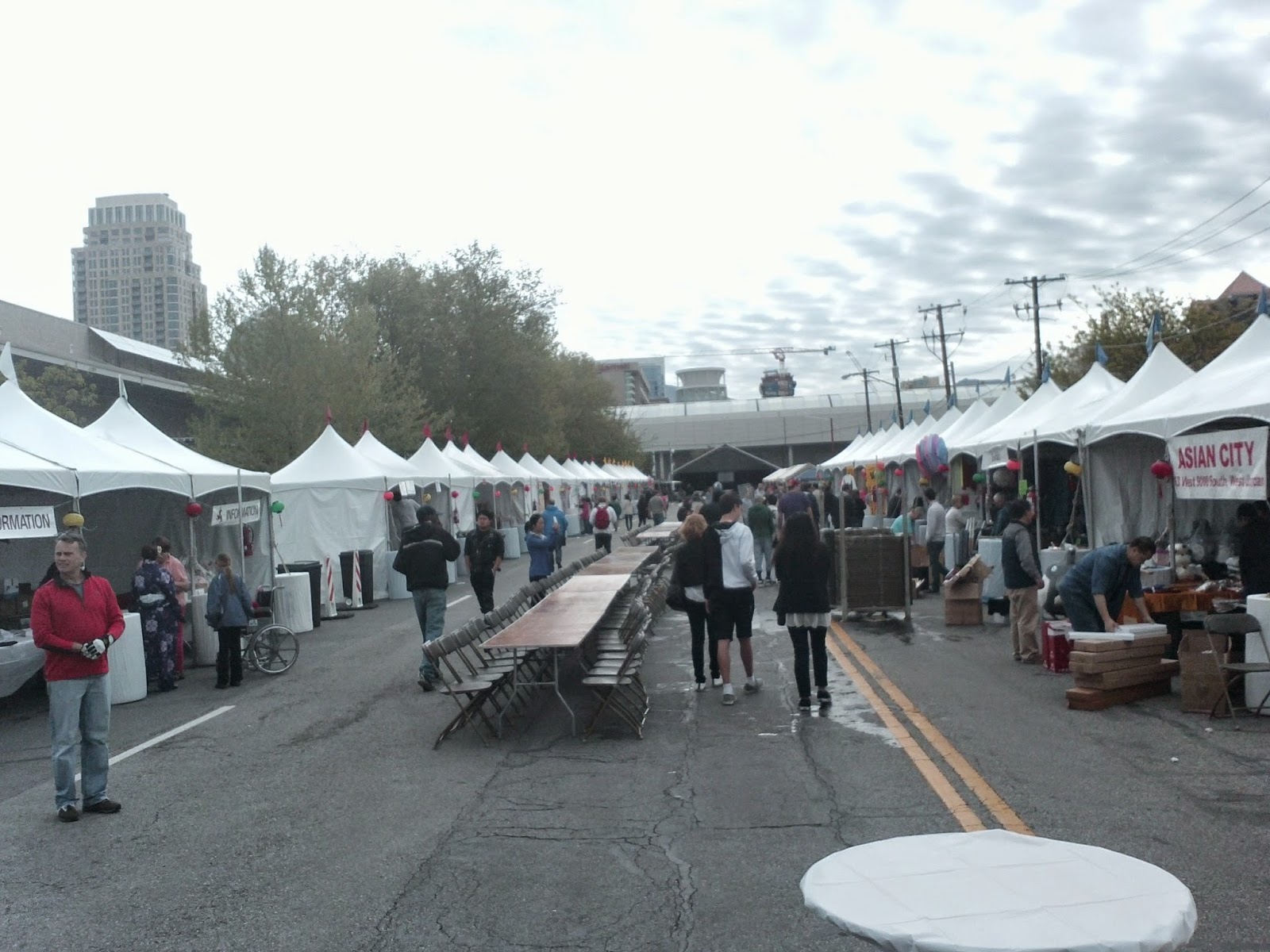 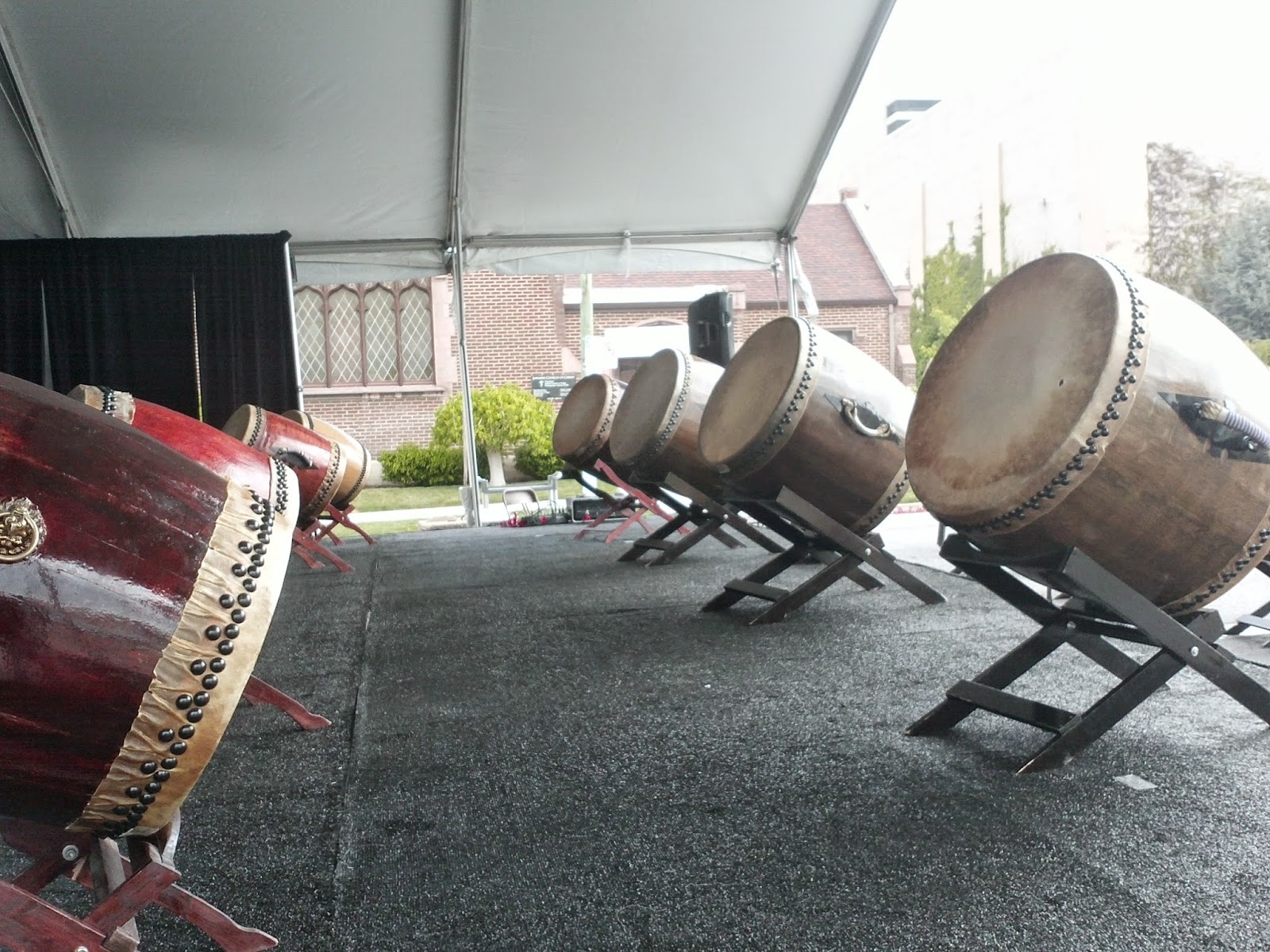 Posted by provoloner at 9:30 PM