This week was Collin's first week at "InContact" up in Midvale.  It's a pretty nice company to work for and is pretty laid back. 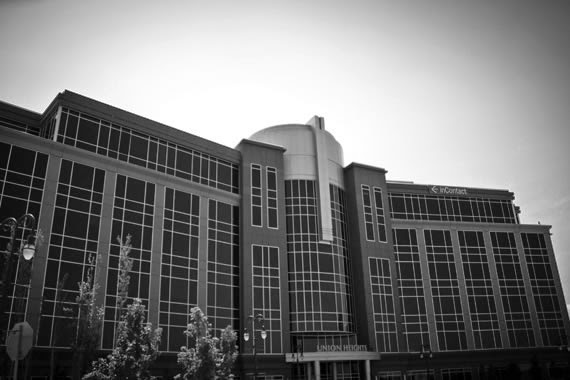 On Monday the 16th we all met up at Sheena's house to celebrate Birthdays.  Maxine made this Fauxtess CupCake.  It was dang good. 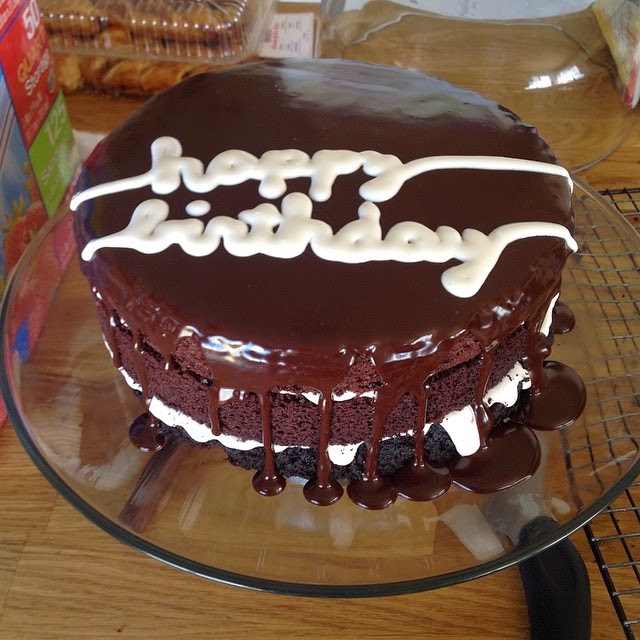 Every year Maxine makes her own birthday cake.  Last year she made two cheesecakes that were kind of a bust but this year she made the world's greatest cheesecake.  It was perfect in every possible way.  It was a white chocolate and raspberry swirl with Oreo crust. 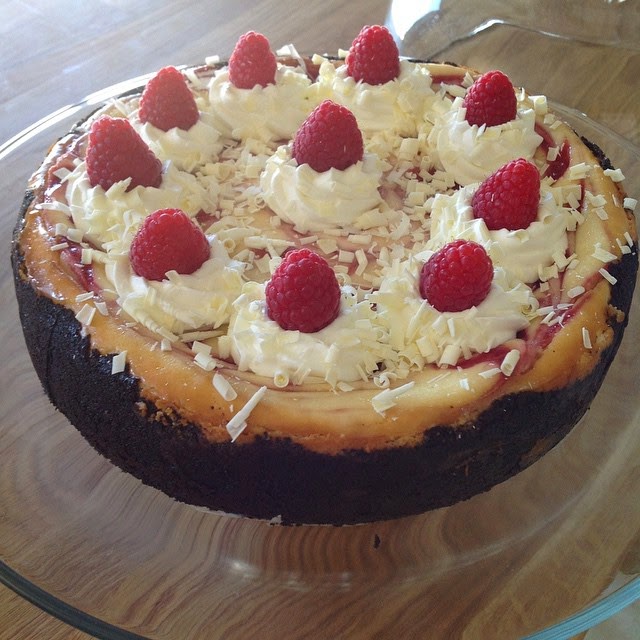 Maxine's Birthday was Thursday March 19th.  We went on a date to "Takashi" in downtown Salt Lake for sushi.  It was one of the best meals we've had in the nine years that we've been together.  And that's saying a lot. 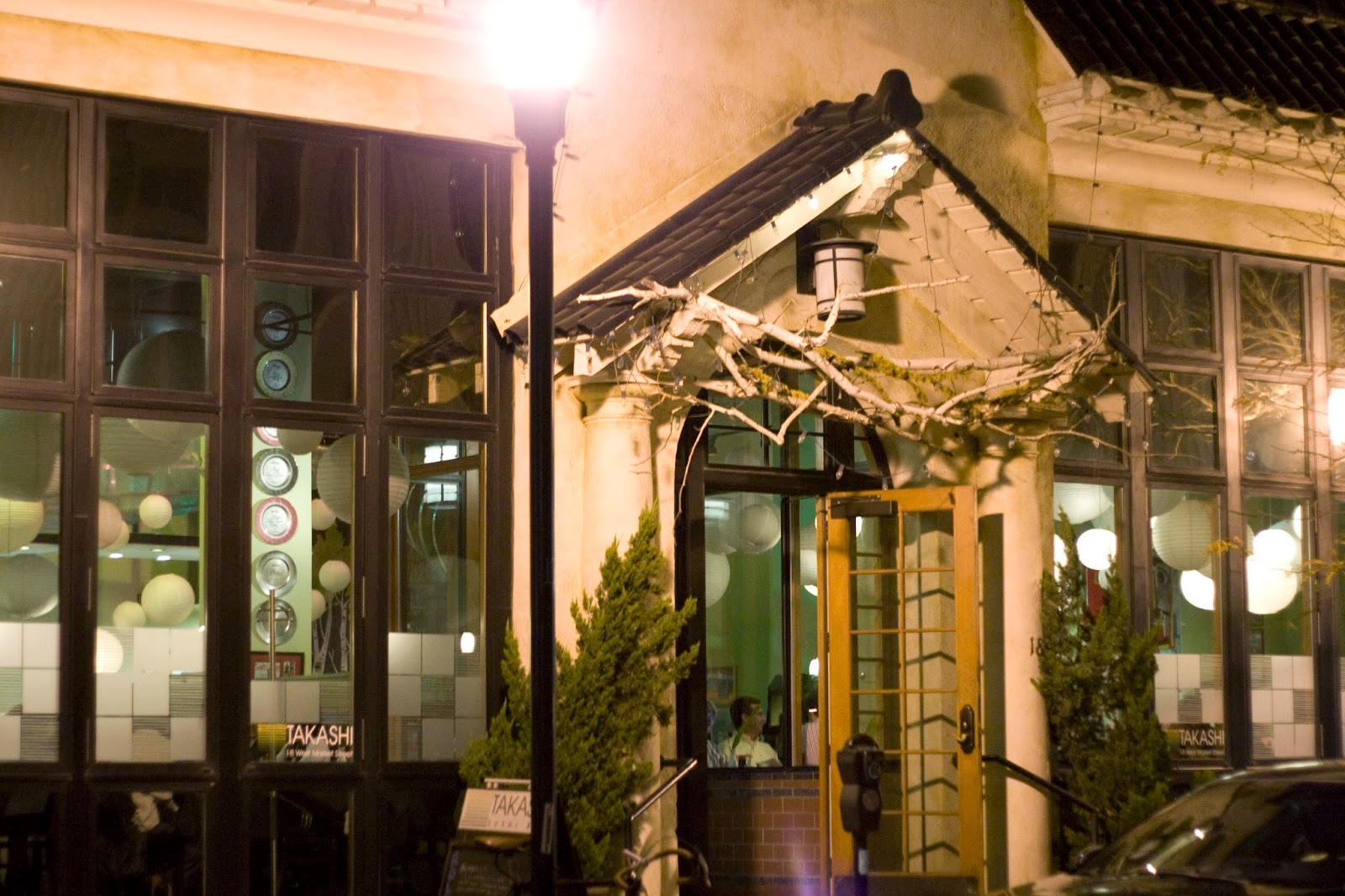 Takashi is notorious for its super-long lines but we went early and were really lucky and only a few tables were full when we arrived.  So the waiter was very doting and patient with us.  It was the best sushi since Japan.  Our favorites were the Sablefish, Spanish mackerel, and Uni.  Our least favorite was the ceviche roll but everything else was pretty much perfect.  And even that was great but I think rolls aren't really our thing as much. 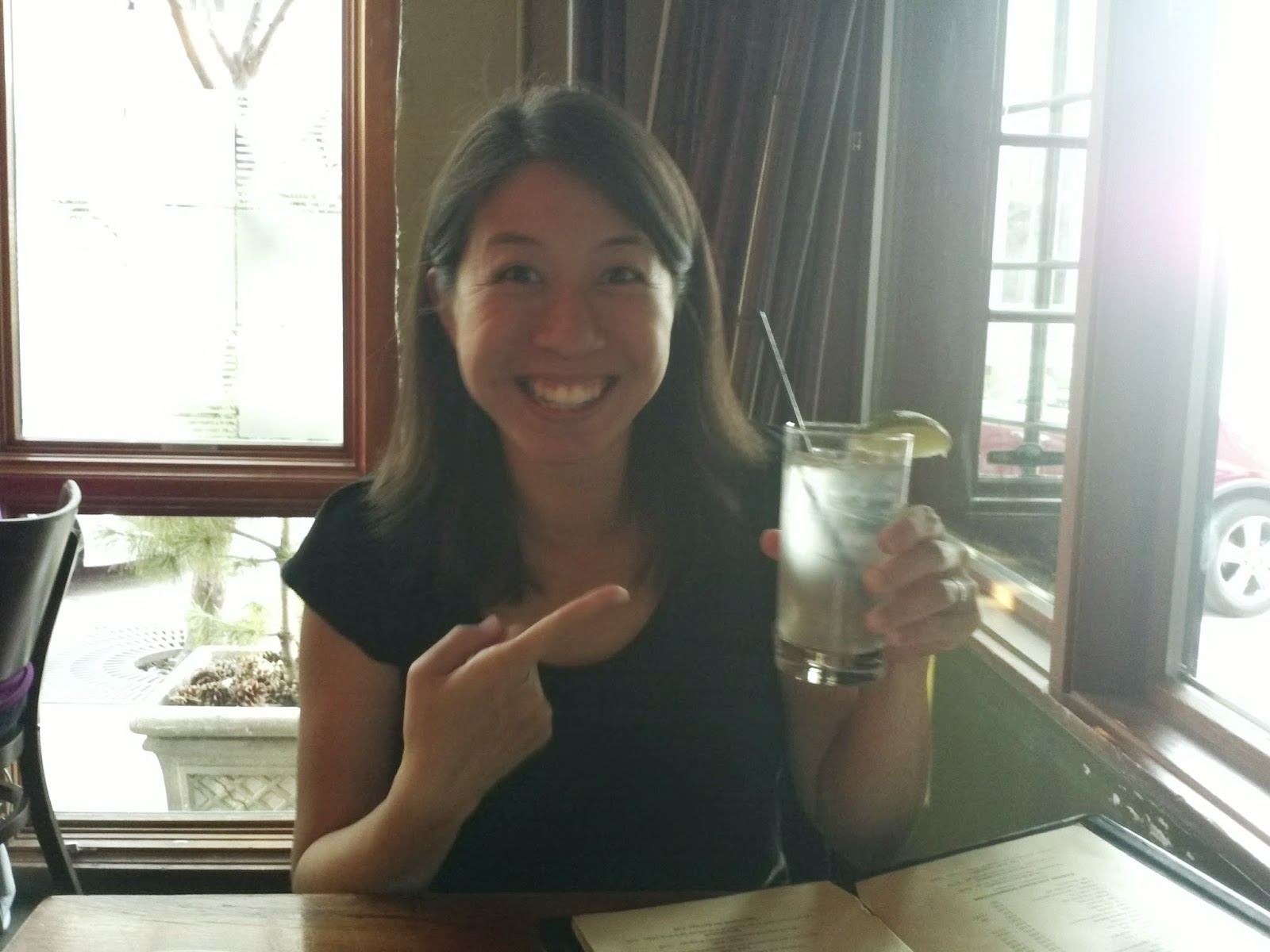 On Friday I took the kids to the library and they all grabbed a book and ran to the couch to read.  I thought it was a very sweet picture: 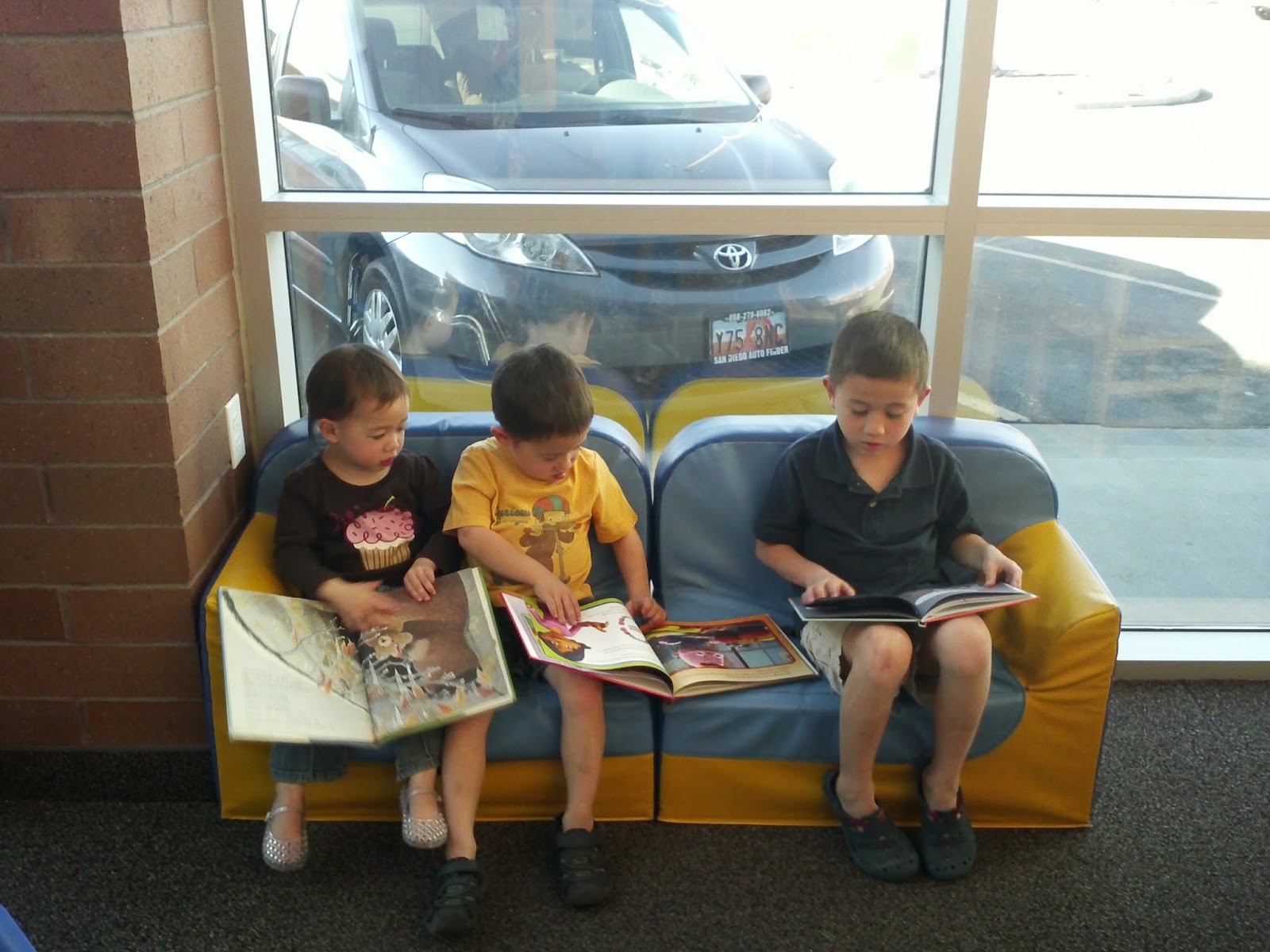 Yesterday (March 21st) we went to Jump On It, one of our kids' favorite places in the world.  It's usually reserved for their birthdays but occasionally we just go on a whim. 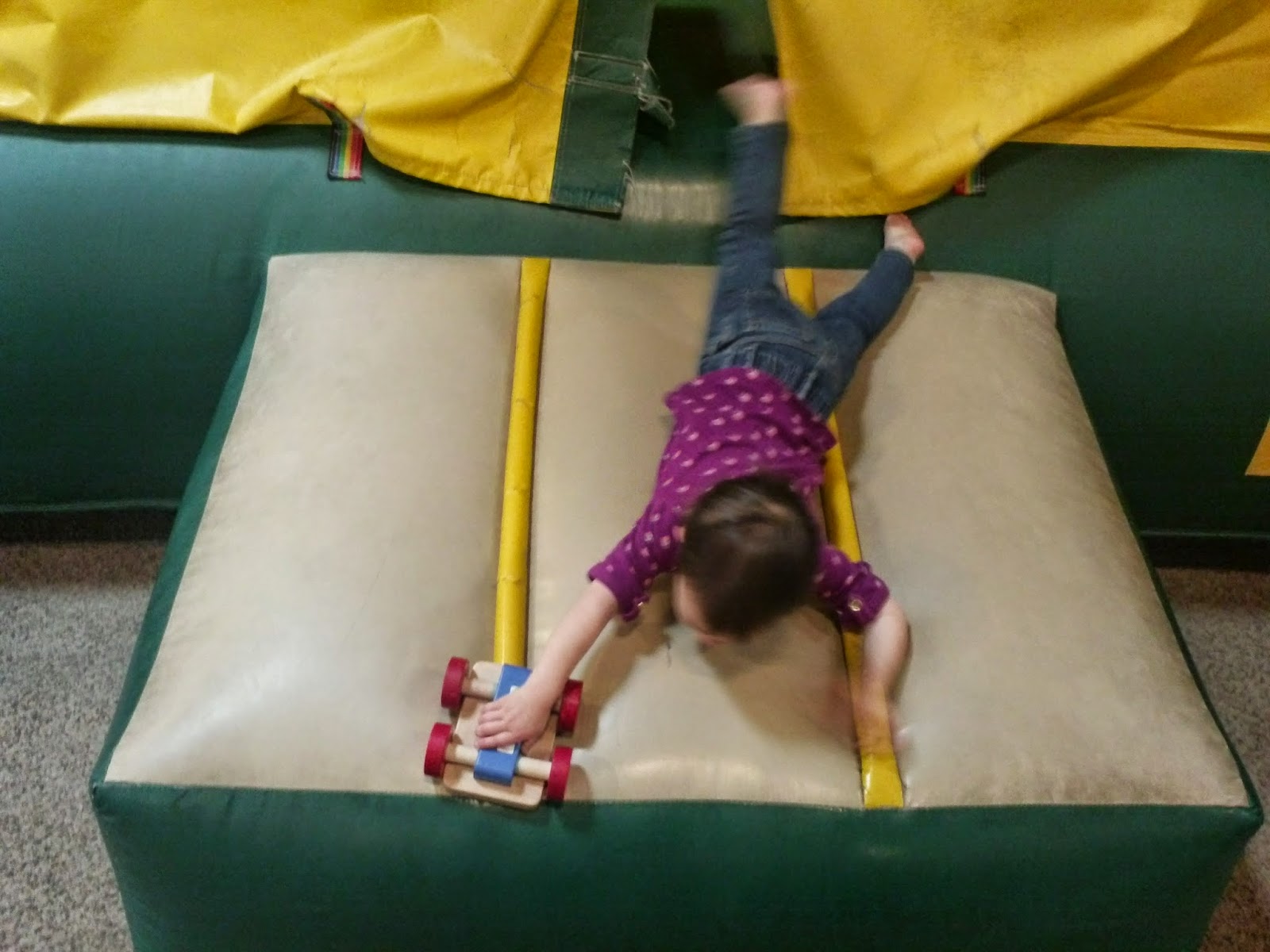 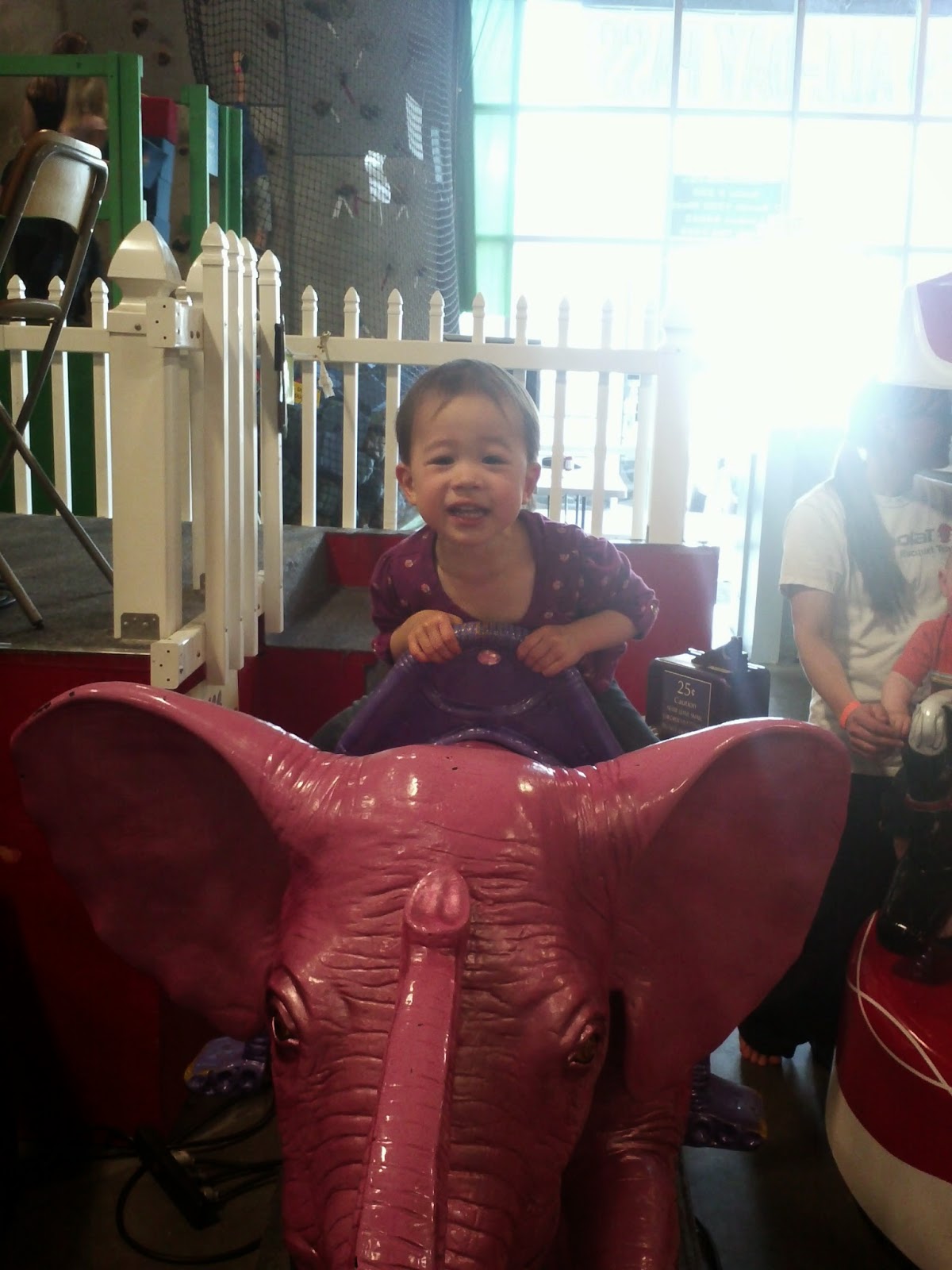 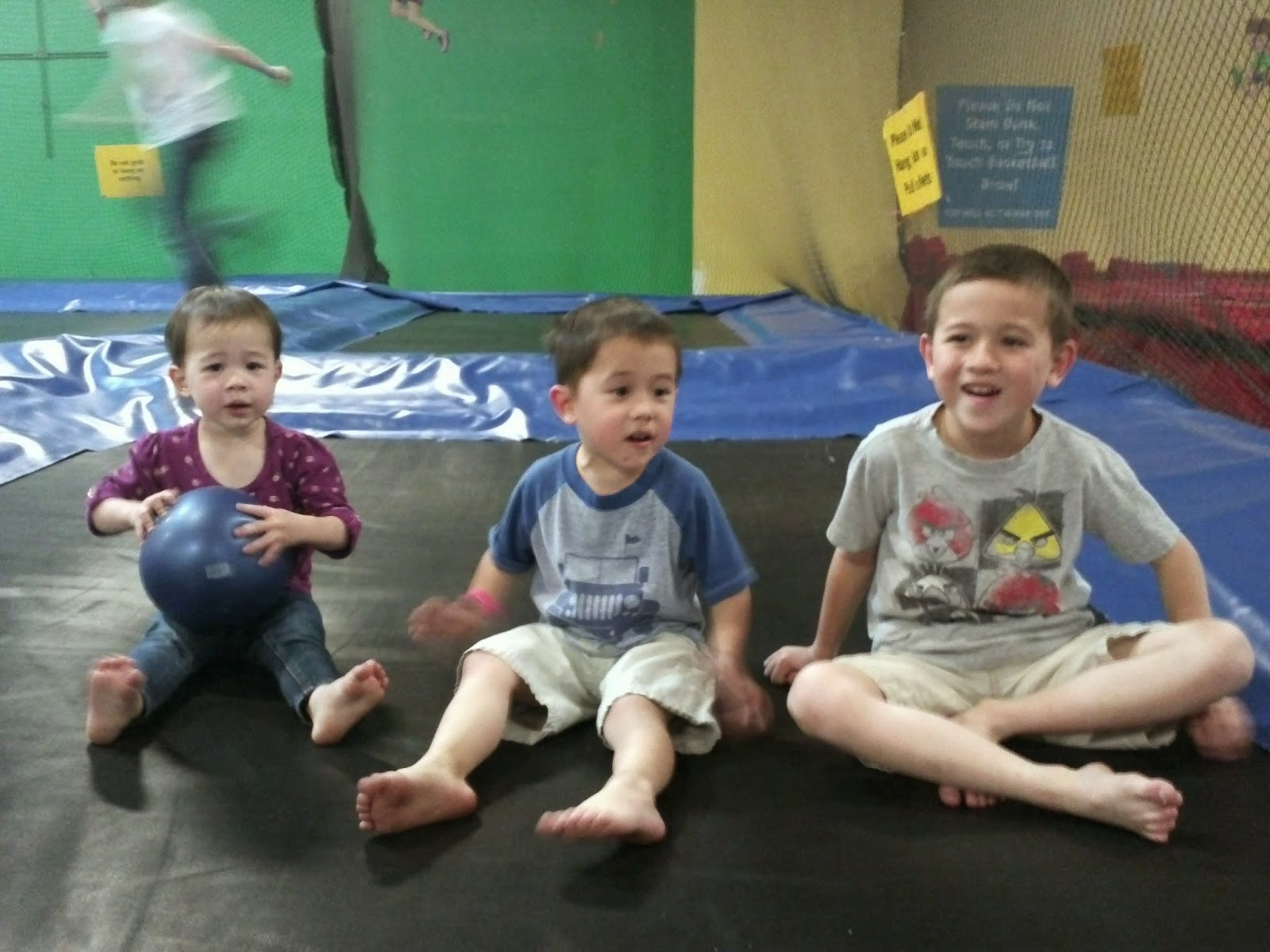 Yesterday we also went to RC Willey so Maxine could get a Birthday BBQ grill. It's lovely: 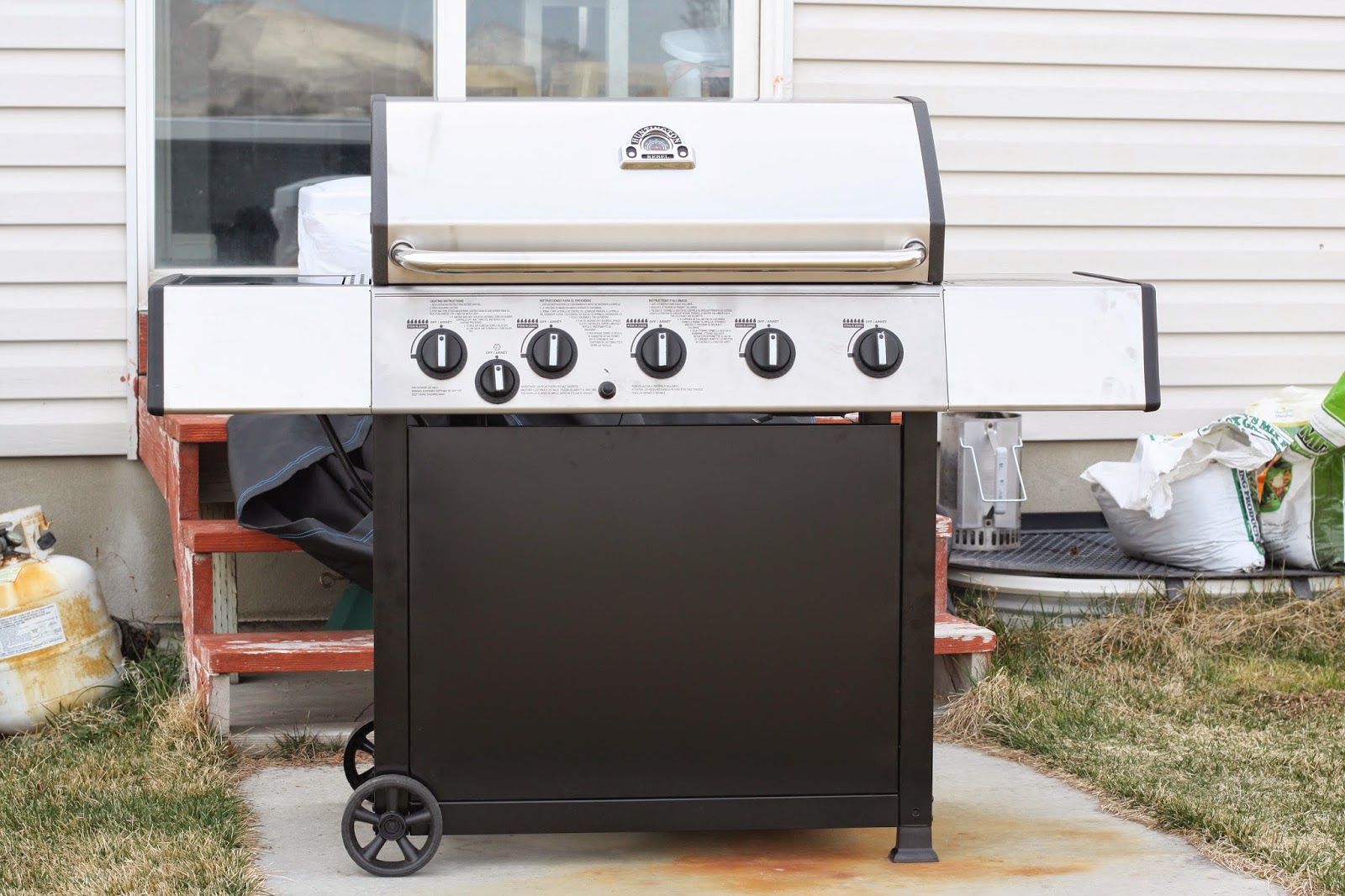 Maxine also got a Birthday refrigerator: 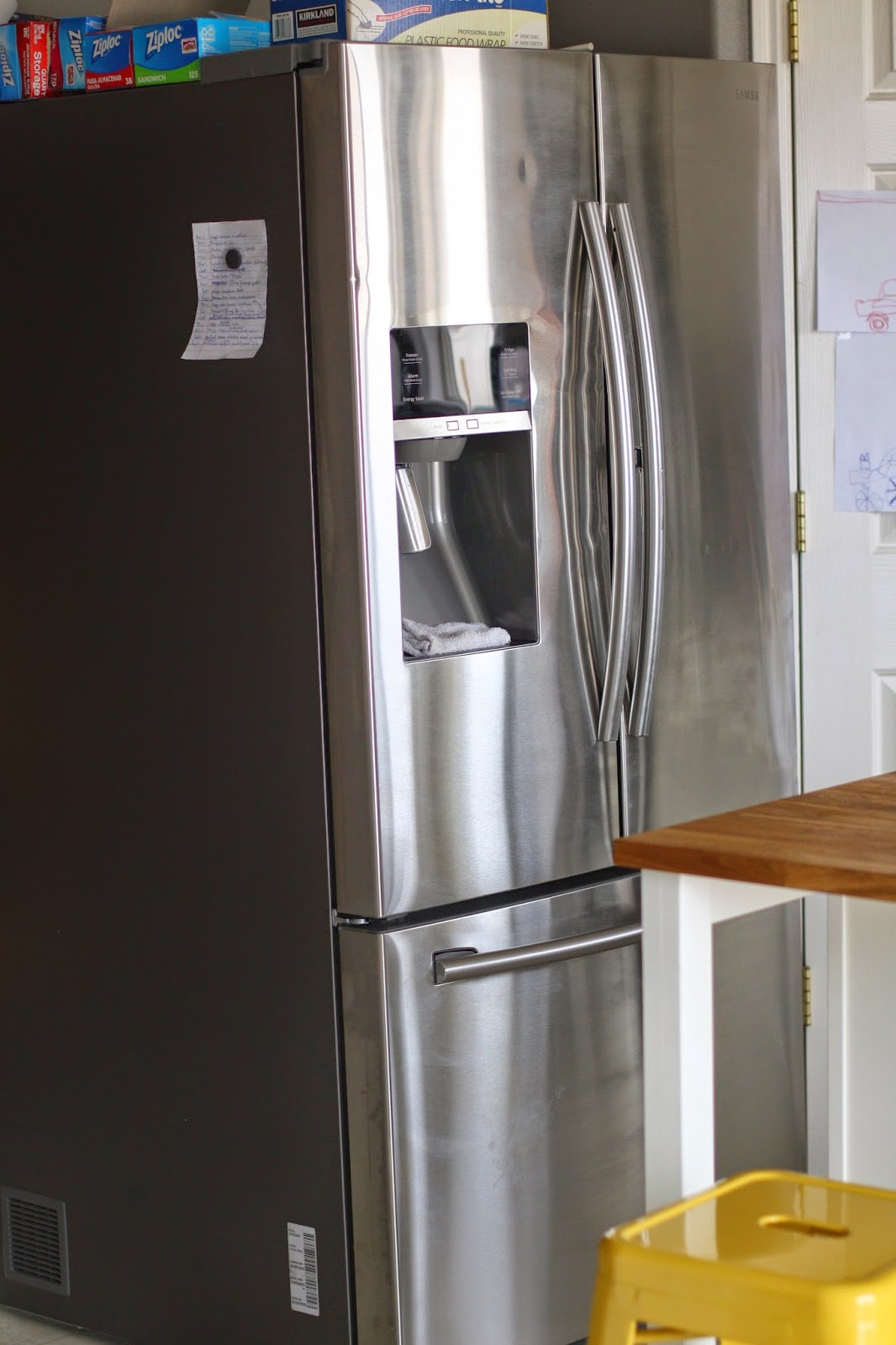 The boys were very happy to get the grill's box and made a bus: 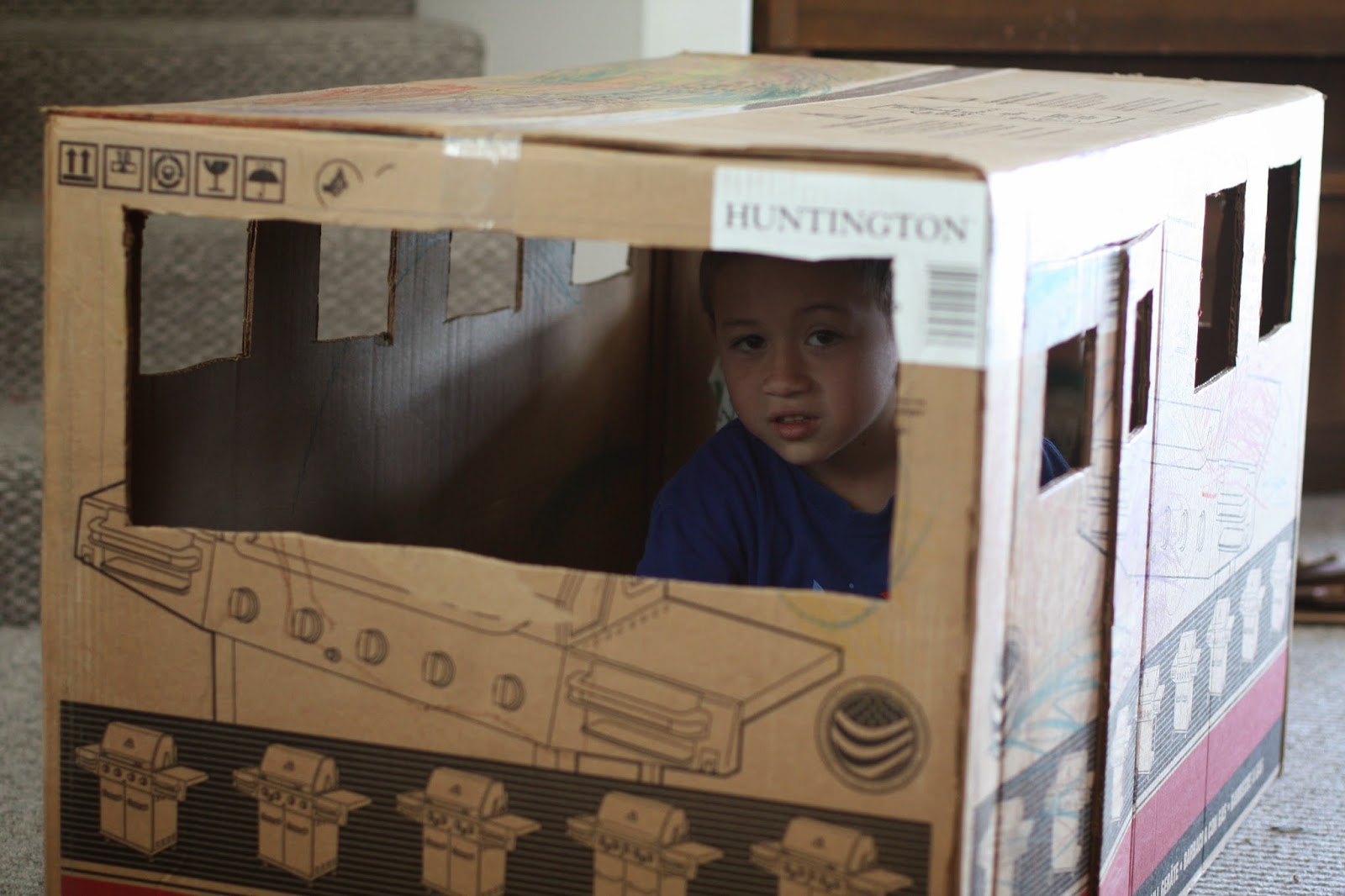 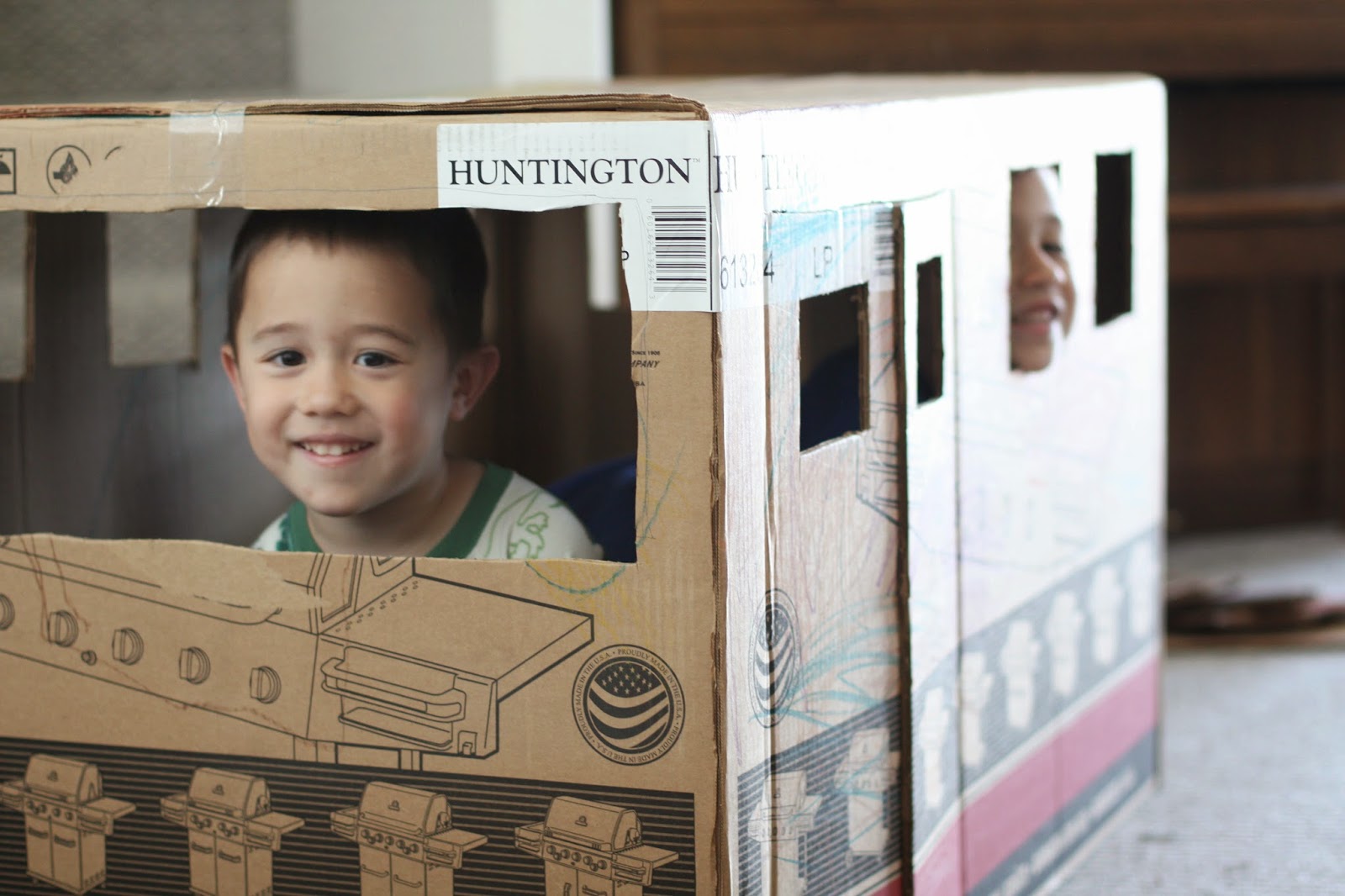 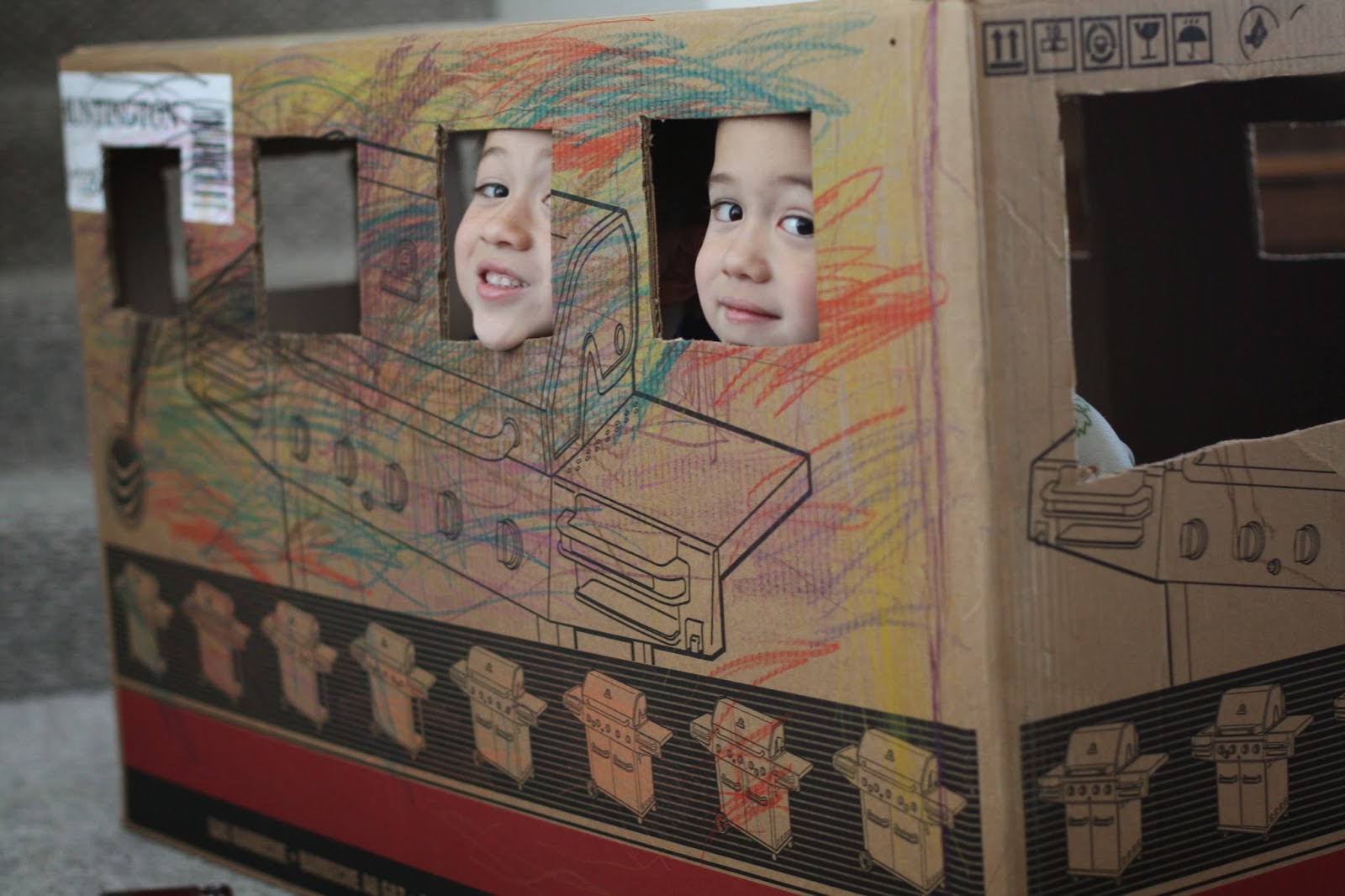 Posted by provoloner at 9:58 PM