The kids have been looking forward to Halloween for months, and the day did not disappoint.  We kicked it off with pumpkin carving last night.  Isaac designed and carved his own pumpkin almost entirely by himself, while Sammy and Elinor were content to just direct the carving of their pumpkins.  From left to right: Sammy's happy face, Maxine's silly face, Elinor's Mickey Mouse, and Isaac's. 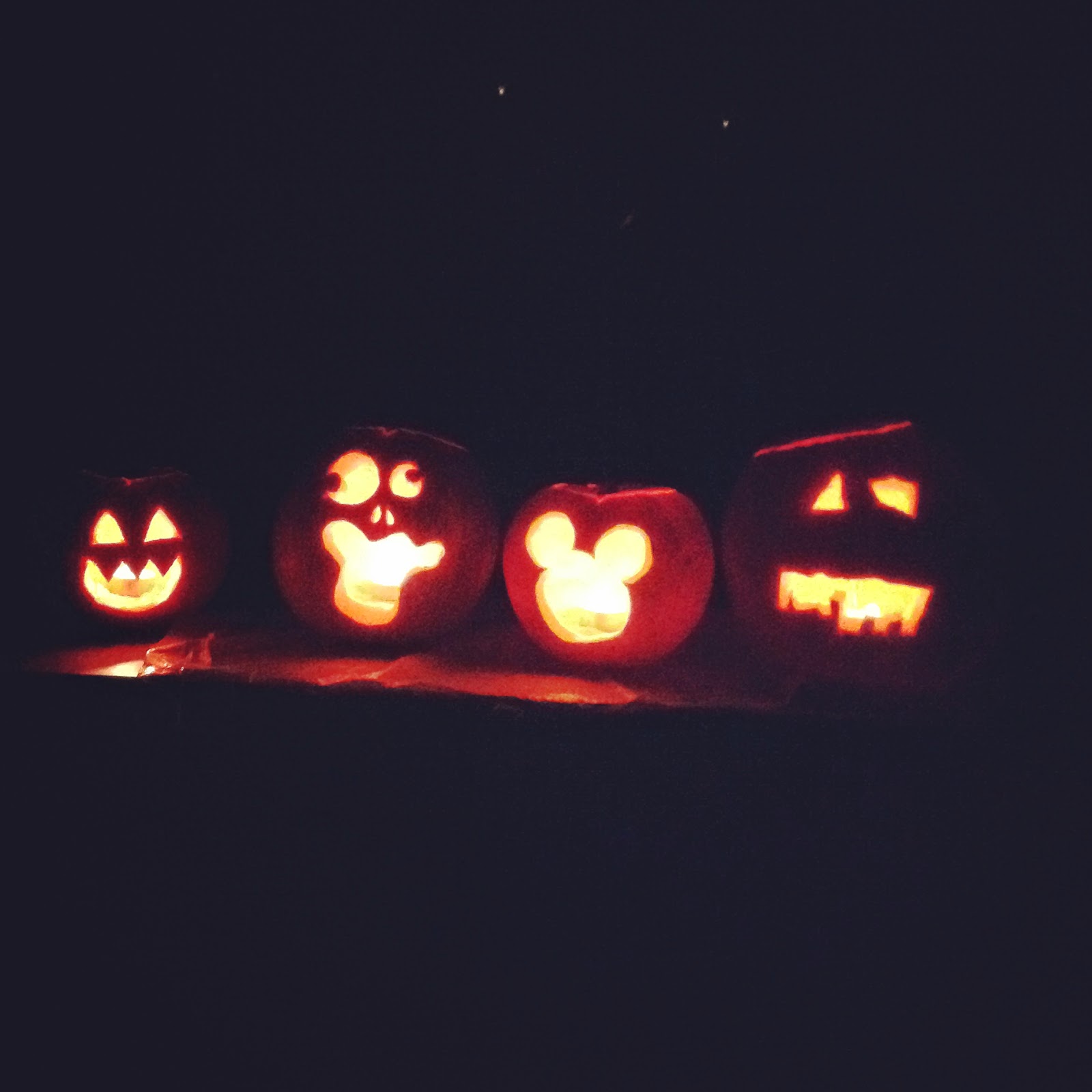 We took a trip to Isaac's school carnival this afternoon to play games and eat treats, all in the name of fundraising.  Isaac even hit the dunk tank target square on and dunked the administrator.

After school we watched Halloween shows and ate hot dog mummies and zombie fingers (purple french fries) before heading out to trick-or-treat.  A quick photo of all the kids and they were off!  Wolverine, Peacock, and Captain America got lots of compliments on their cute costumes (especially Ellie's). 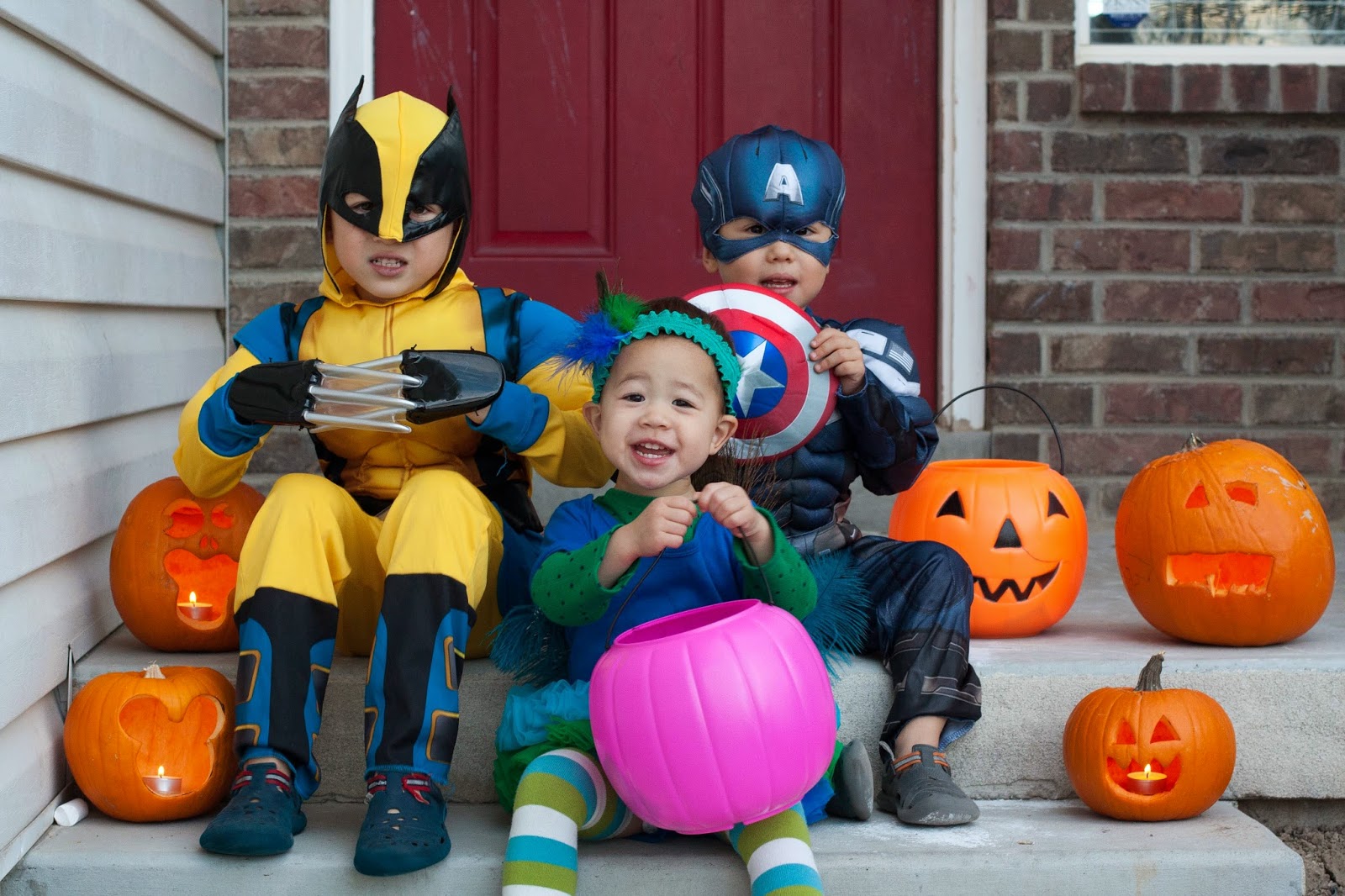 They had such a fun time trick-or-treating.  I even heard Sammy yell out, "This is the best Halloween EVER!" while running from one house to the next.  The cousins came over for a bit more trick-or-treating and movie time and everyone just had a blast. 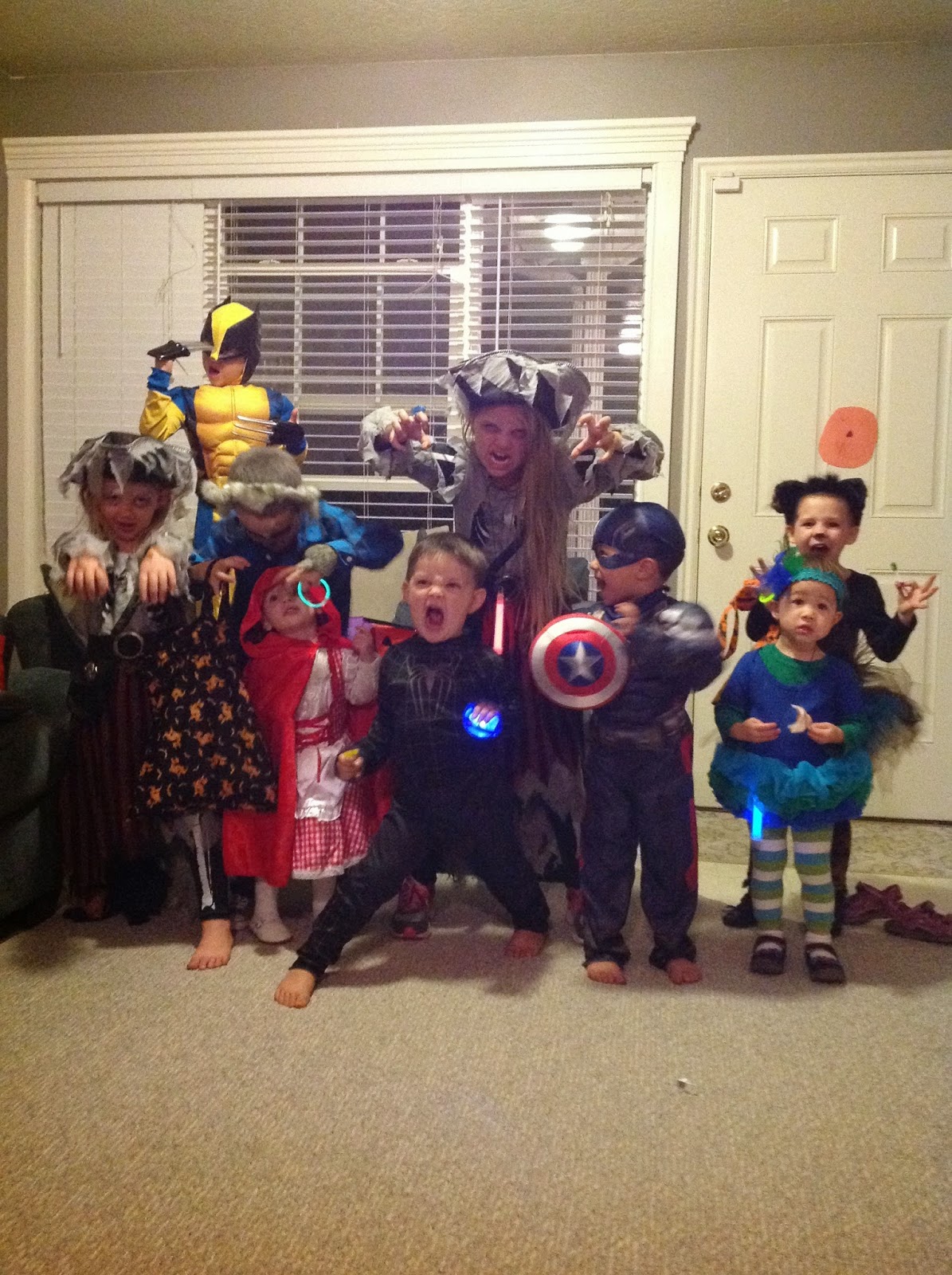 Elinor did amazingly well.  She was all business.  She was on a serious hunt for lollipops and even turned away entirely when one house didn't have any lollipops on offer.  Once we got back and the kids were digging in to their booty, Elinor had no less than two, sometimes three, lollipops in her mouth at a time.  Thankfully, she threw them away after only a few licks and so blew through most of her lollipop stash in one night. 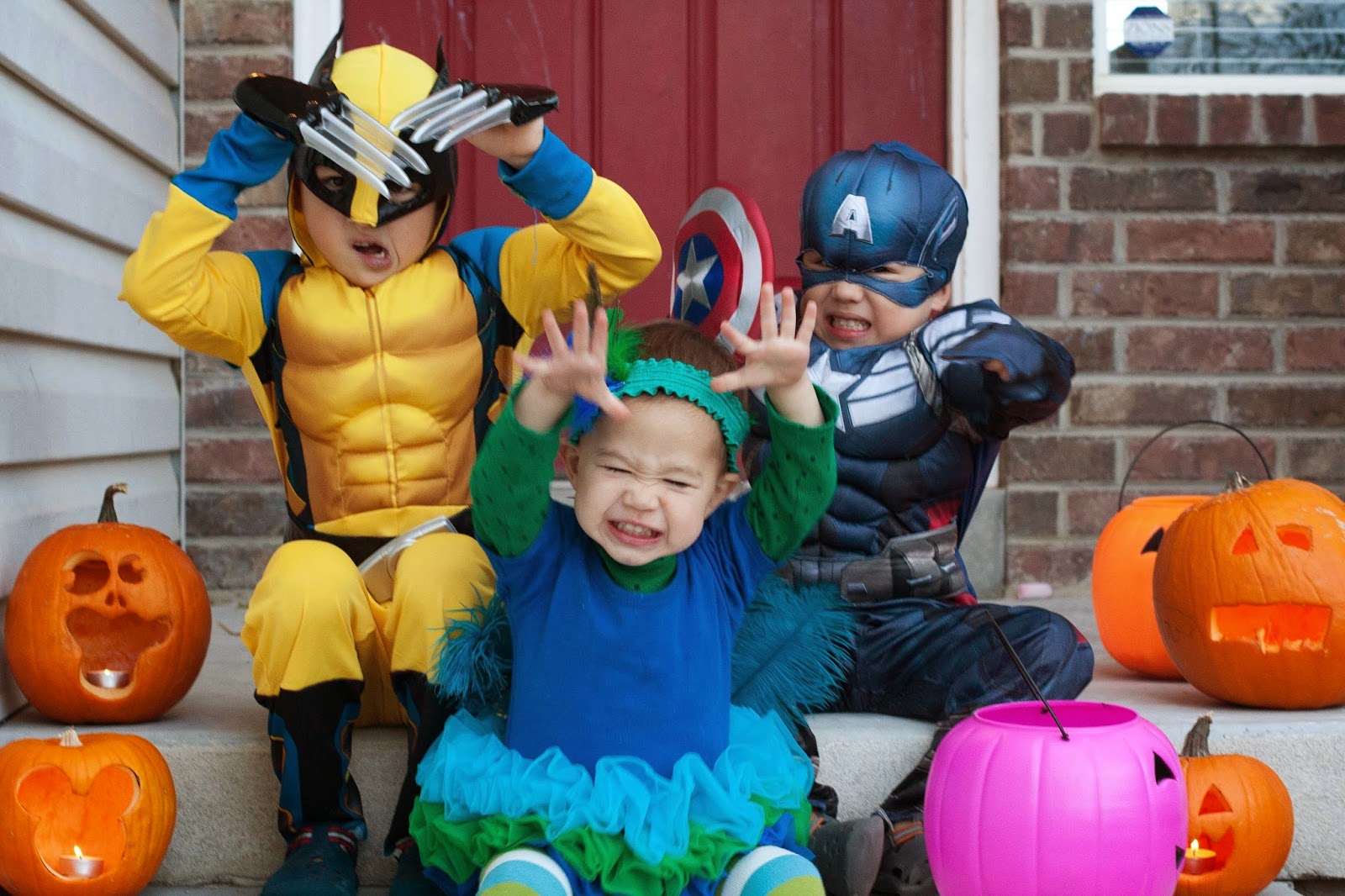 Happy Halloween from the Parrishes!

Posted by Maxine Parrish at 9:59 PM