So it's been a *little* while since my last post.  Listen, we've been busy, okay?  There was school, a pre-school co-op, a bunch of holidays, some crazy traveling, chickens, major projects, a big garden, and a bunch of other things in between.  Which is all to say that I've got a lot of catching up to do!  Let's start with Elinor's first steps... at the beginning of last November. 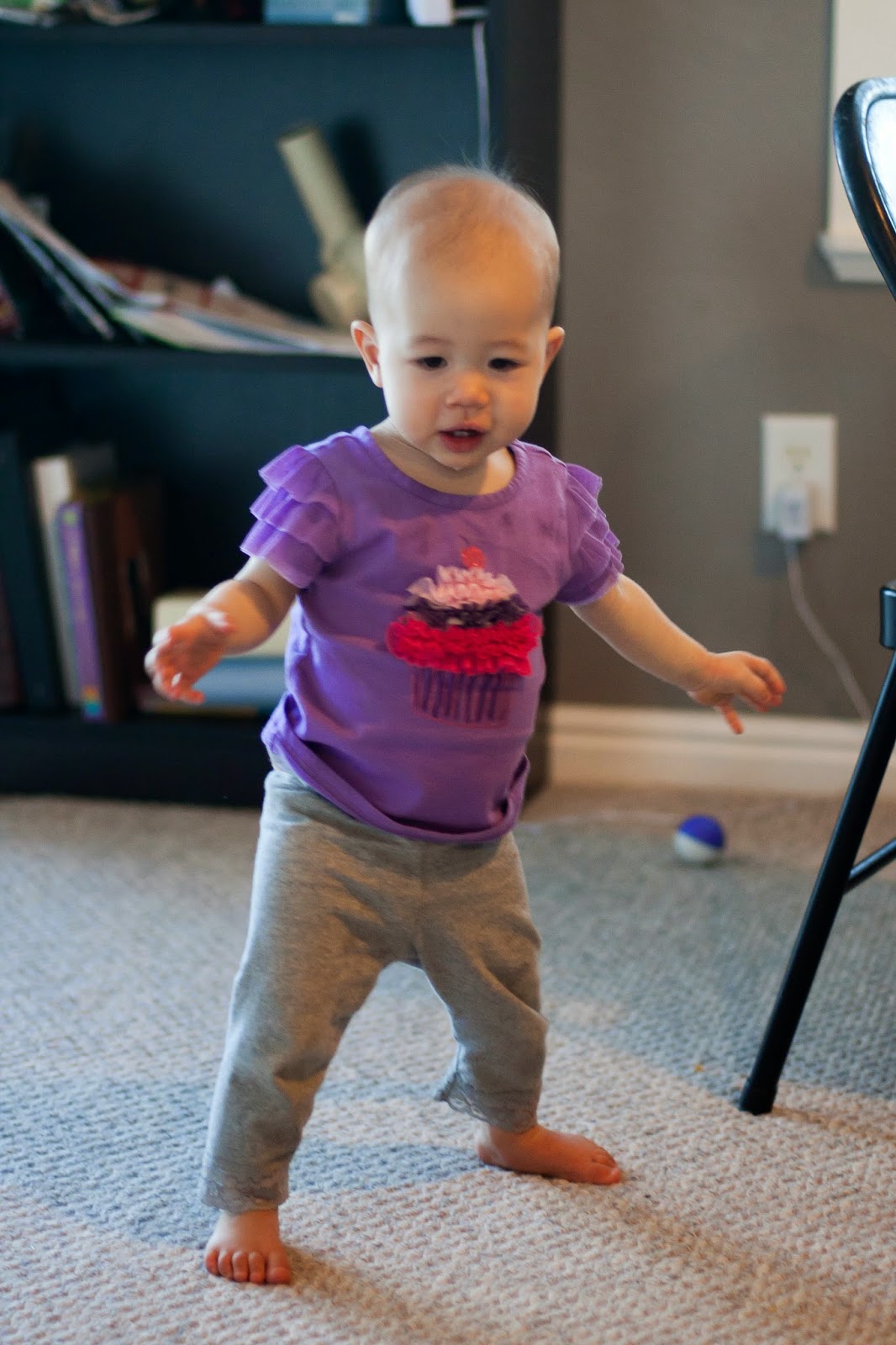 She was the latest walker of the three, waiting until the ripe old age of 13 1/2 months before deigning to walk. 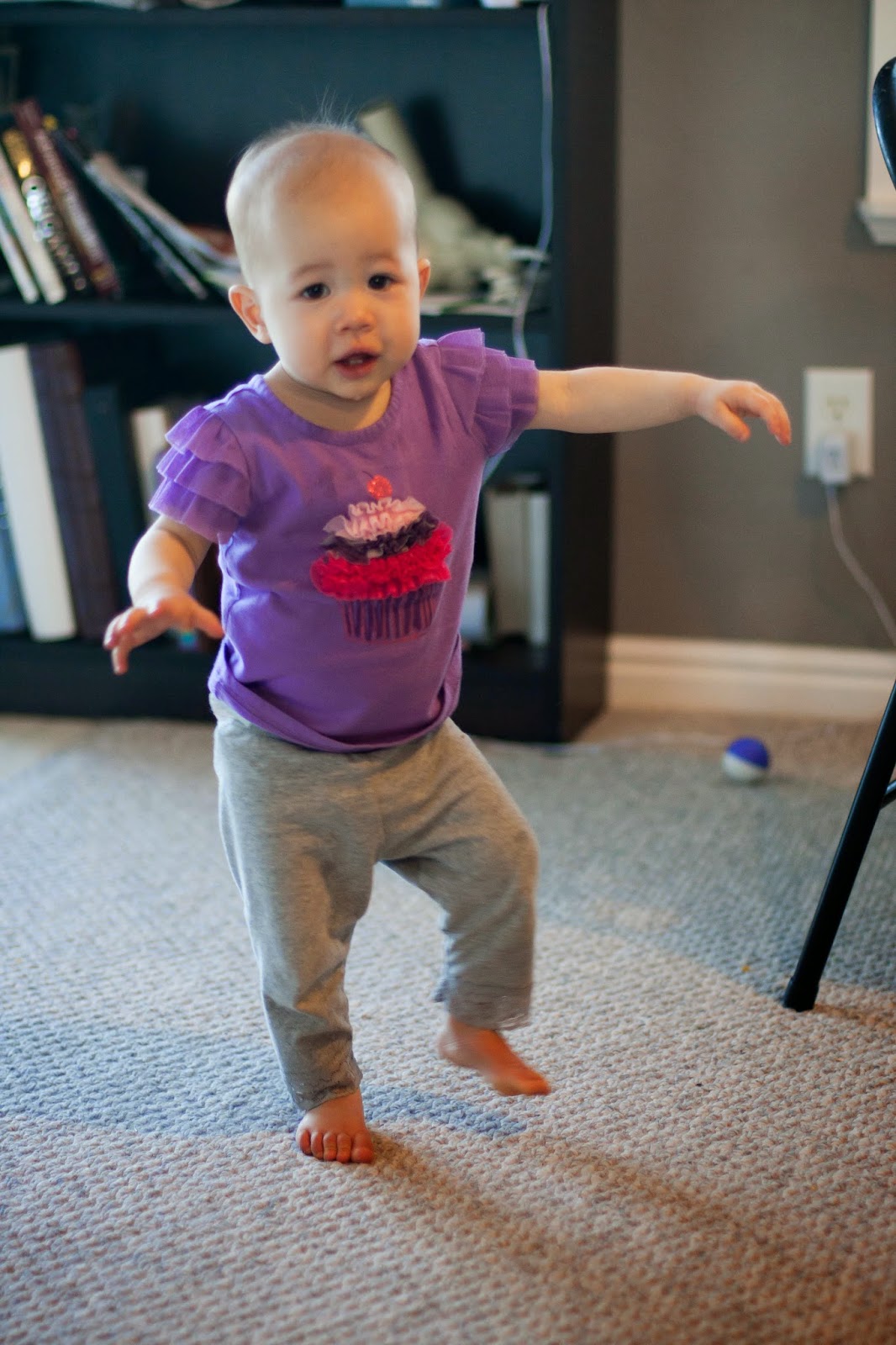 She's also the least graceful walker of the three. 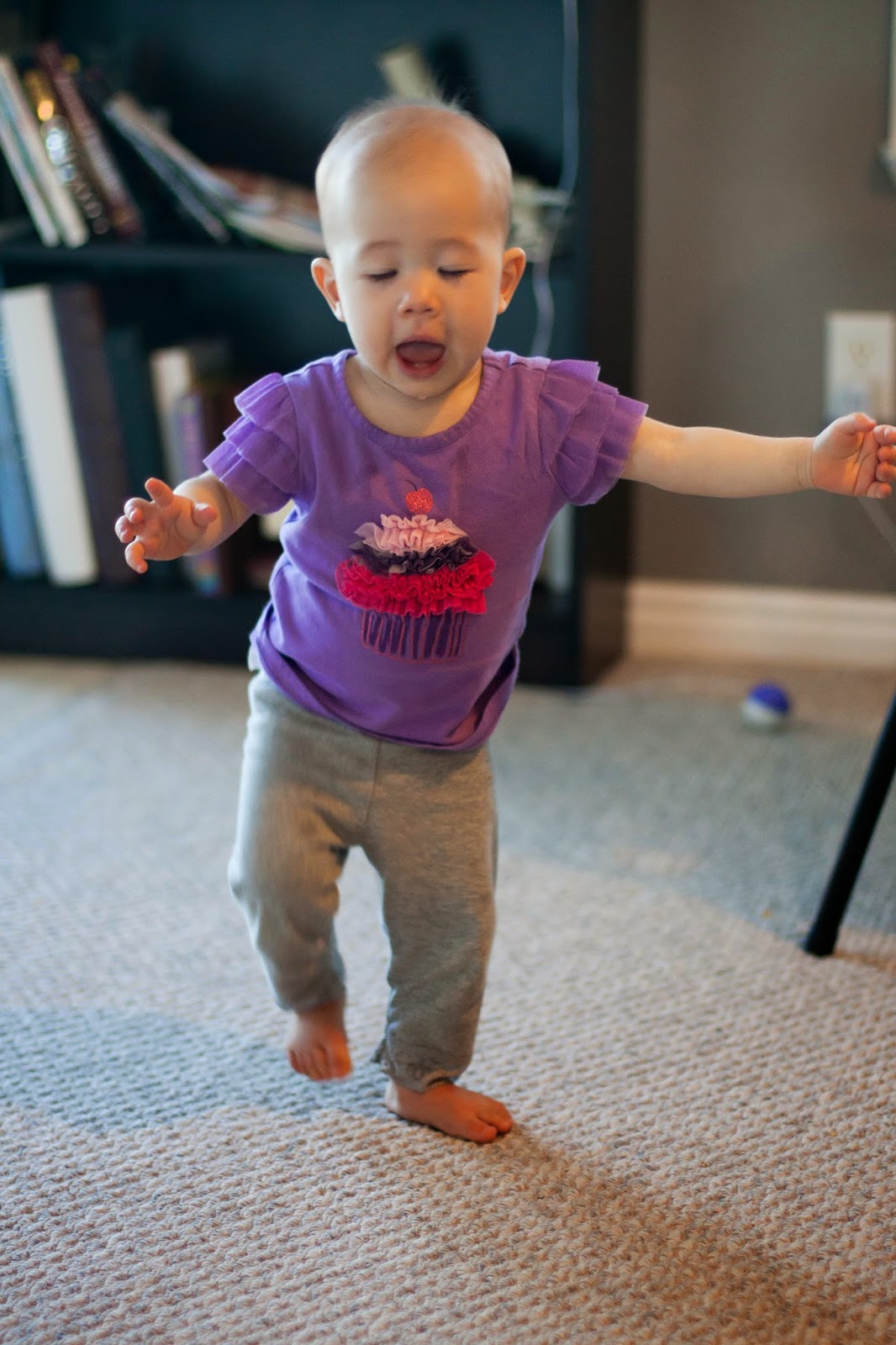 She falls down all the time (back then and now) and would mostly rely on inertia to stay upright. 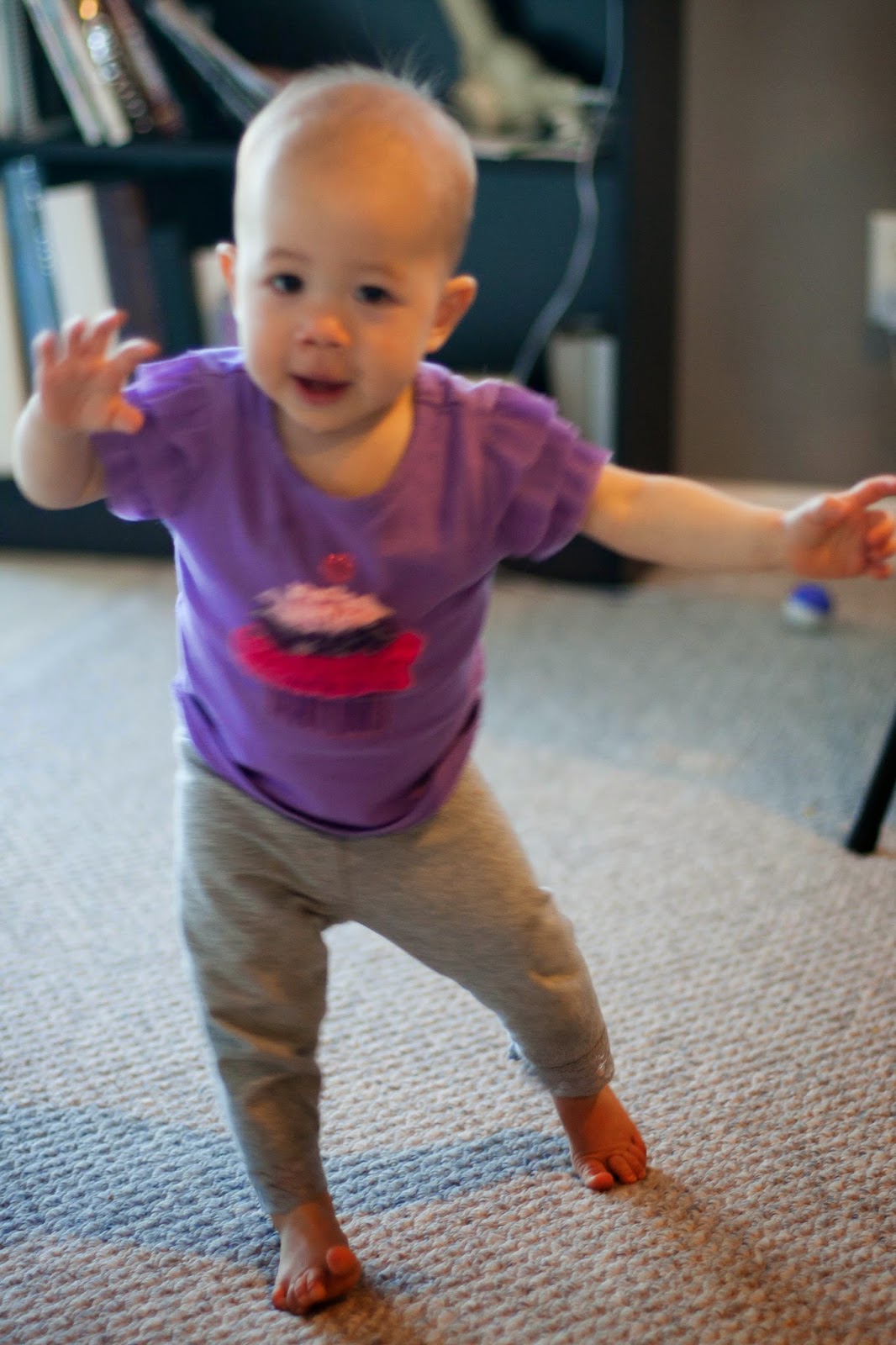 So pretty much, it was the cutest thing ever.