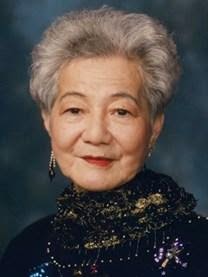 This past weekend I attended my maternal grandmother's funeral.  She was 92 when she died in the hospital of system failure (she had been on a feeding tube and mostly unconscious for two weeks following a stroke).  Here is a copy of the eulogy given at her funeral by my uncle Phil:

Yue Sun Ma, my dear mother.
Our family members have just celebrated her 92nd birthday at her bedside in PWC hospital on April 13, 2014.

She was born in Toi-San, Guangzhou, China, moved to Vietnam at a young age; has obtained education in a Hong Kong Private school.  She loves sport, music, karaoke, and mahjong.

She was married in Saigon, Vietnam. The first daughter was born in 1942, followed by 3 sons and 4 daughters, 8 sons- and daughters-in-law.  She has 4 brothers and 2 sisters.  We all love her dearly.

She was a school teacher at the early age.  Later as a housewife to take care of our family.  All her life, she have devoted to her parents, late husband, 8 children, their 8 spouses, 15 grandchildren which she has babysat them and watched them fell and grew...

On April 27, 1975, she and most family members left Vietnam as refugees to Guam, then Los Angeles.  Her most heart-broken incident was her son Phuc (me) could not join in that evacuation, left behind in the communist Vietnam.

After arriving in Los Angeles, she prayed that he could be united with her again.  She vowed to become a Mormon (member of the Church of Jesus Christ of Latter-Day Saints) as soon as he came to USA.  Her prayer was answered and she did become a member of the LDS church.

Her love could be described as in 1 Cor. 13:4-7:
"Love is patient, love is kind.  It does not envy, it does not boast, it is not proud.  It does not dishonor others, it is not self-seeking, it is not easily angered, it keeps no record of wrongs.  Love does not delight in evil but rejoices with the truth.  It always protects, always trusts, always hopes, always perseveres."
-Phuc Kim Du


I sang "Now the Day Is Over" at the funeral, my voice thick with emotion for the grandmother I knew so little about but always felt so much admiration toward.  She was always laughing, always smiling.  I don't think I've ever seen her frown or speak an unkind word once in my life.  My fondest and most vivid memories of her always involved her singing karaoke - at our house in Orange County, at my cousins' weddings, at my relatives' houses.  She had a Chinese opera singer's voice, high-pitched and piercing.  When she wasn't singing, she was playing mahjong with my uncles and aunts. I thought Elinor looked just like Poh-Poh when she was born.  I still see Poh-Poh in Ellie's smile.

It was a lovely service, filled with all the healing tears and laughter that a funeral should have.  She was beautiful in her casket, her sons and daughters fussing over her, trying to fasten one last gold bracelet on for good luck.  We took pictures with her, which was weird.  Do we smile or look somber?  Everyone sang her favorite songs by Teresa Tang as they lowered her casket into the ground.

After she was laid to rest in her final resting place, we all took a field trip to her husband's grave a few yards downhill.  "Look Dad! We brought Mom to see you," said my wacky Uncle Phil holding my grandma's portrait, "Now you two get to know each other again and get dancing!"  I couldn't have said it better myself.  Rest in peace, Grandma.  You've earned it. 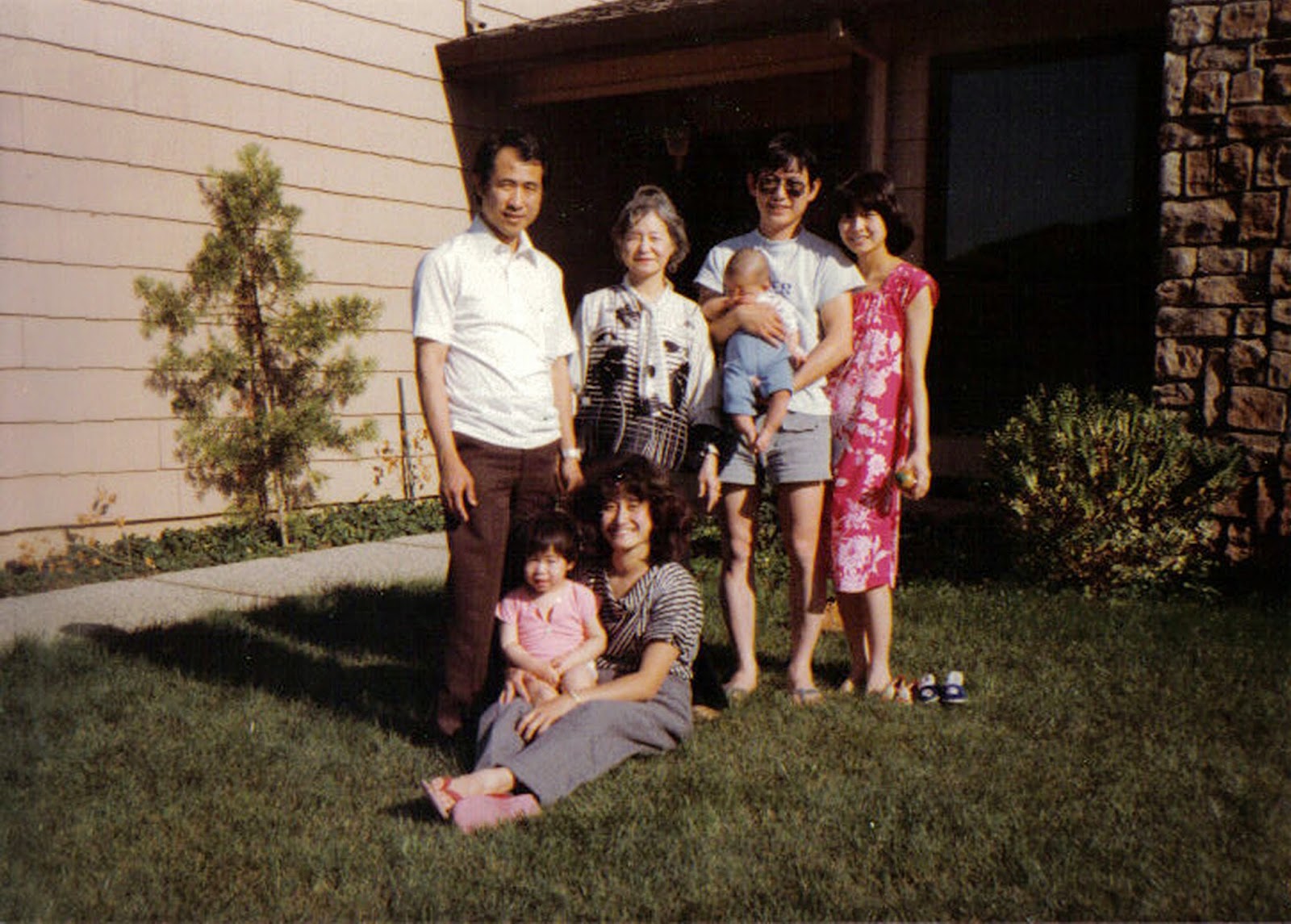 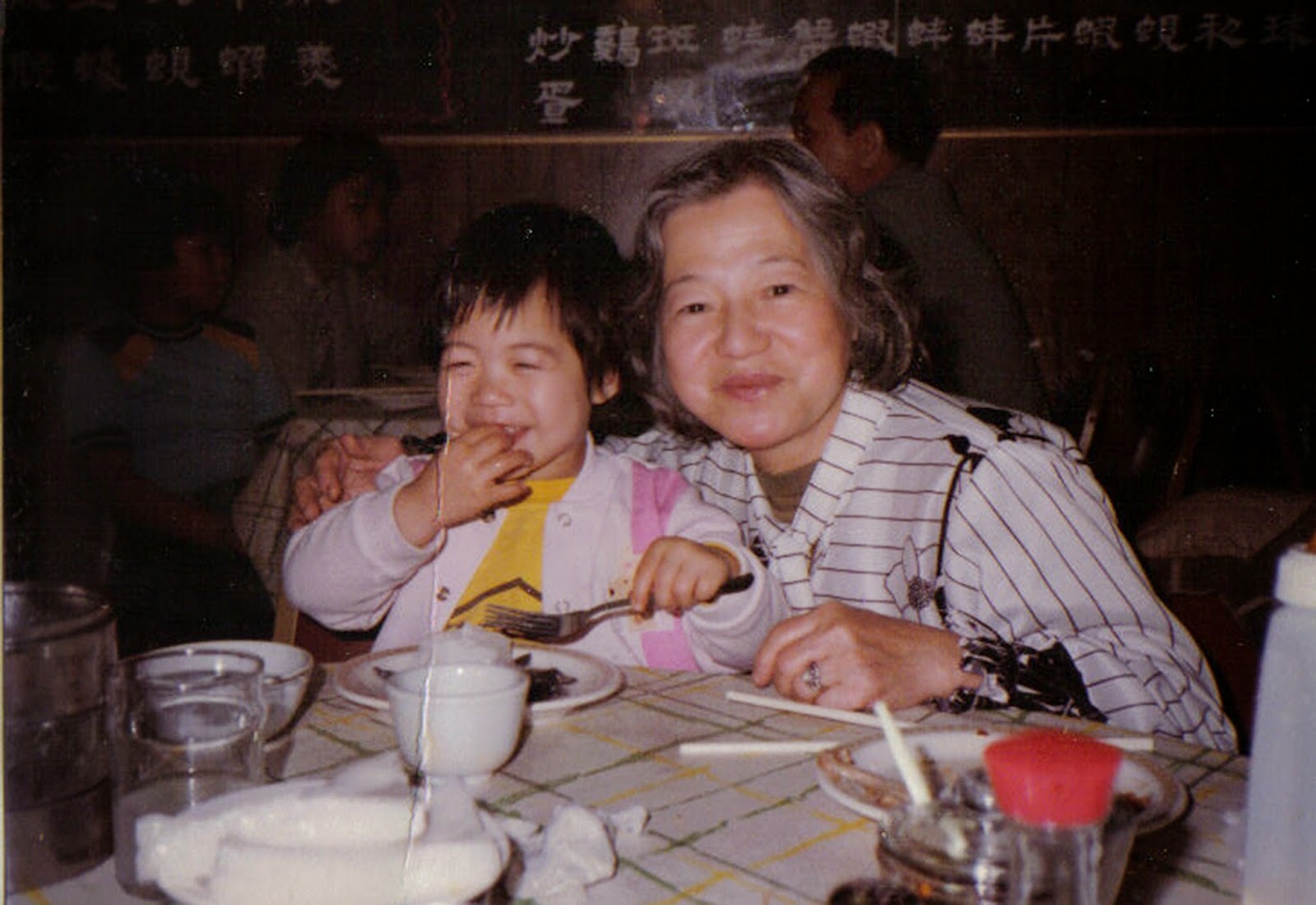 Posted by Maxine Parrish at 9:20 AM