It's STRESS!  At least for me it is.  And let me tell you - I have lost some weight this past month!  Sept. 23rd was our 7th wedding anniversary.  The seven fastest and best years of my life.  To commemorate the occasion, we got a puppy!  But not just any puppy.  A white (they're referred to as English Creme) golden retriever.  Here he is, 9 weeks old, on his first day home (pre-bath). 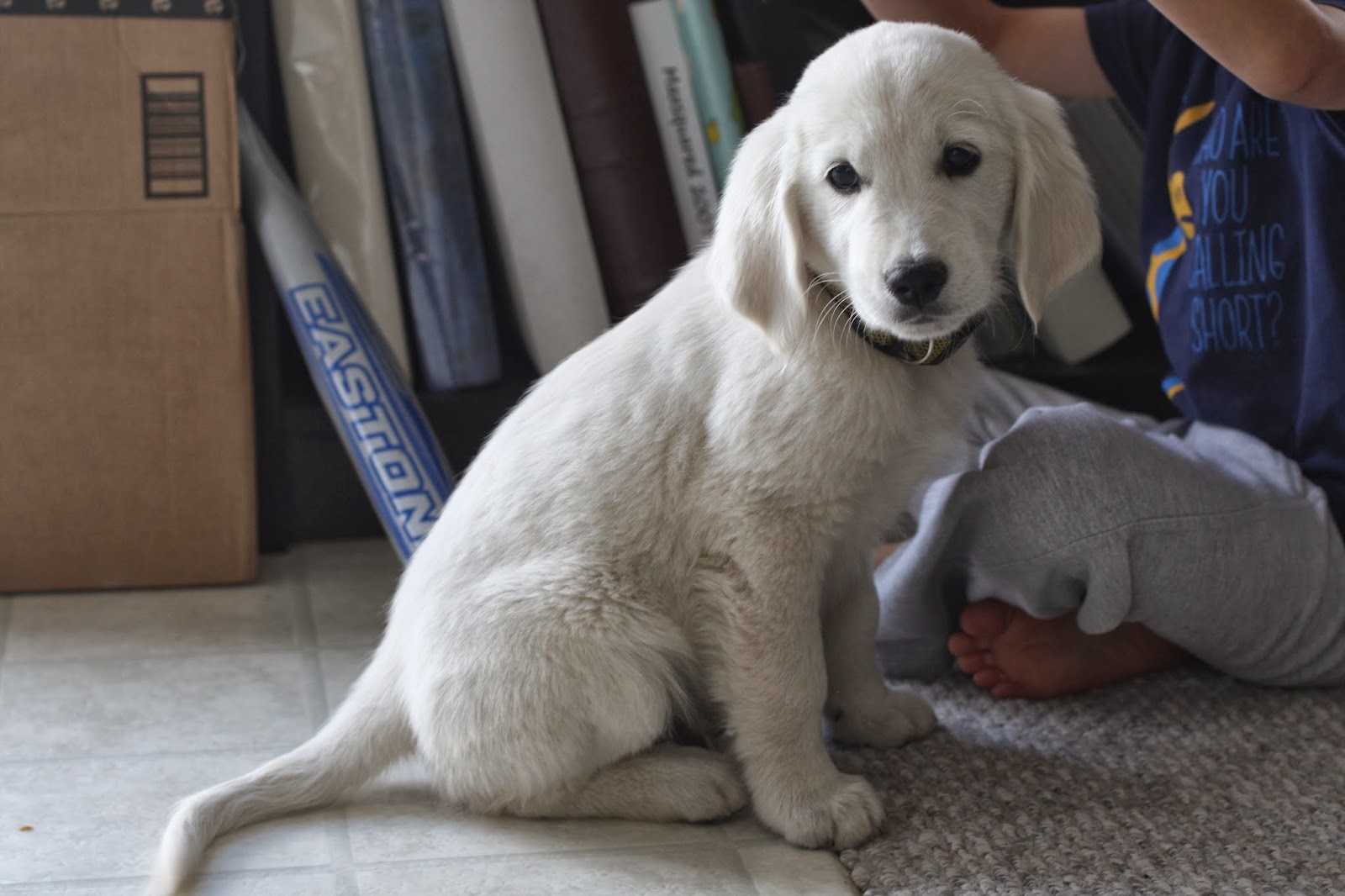 Collin surprised me the morning of our anniversary.  "How quickly can you get dressed?" he asked, "We're going to Bountiful!"  I'd been begging for a puppy for months, and so we went and picked out the sweetest, most cuddly one of the litter and named him Bumi, after a character in our family's favorite show ("Avatar: the Last Airbender" in case you need an awesome show to watch). 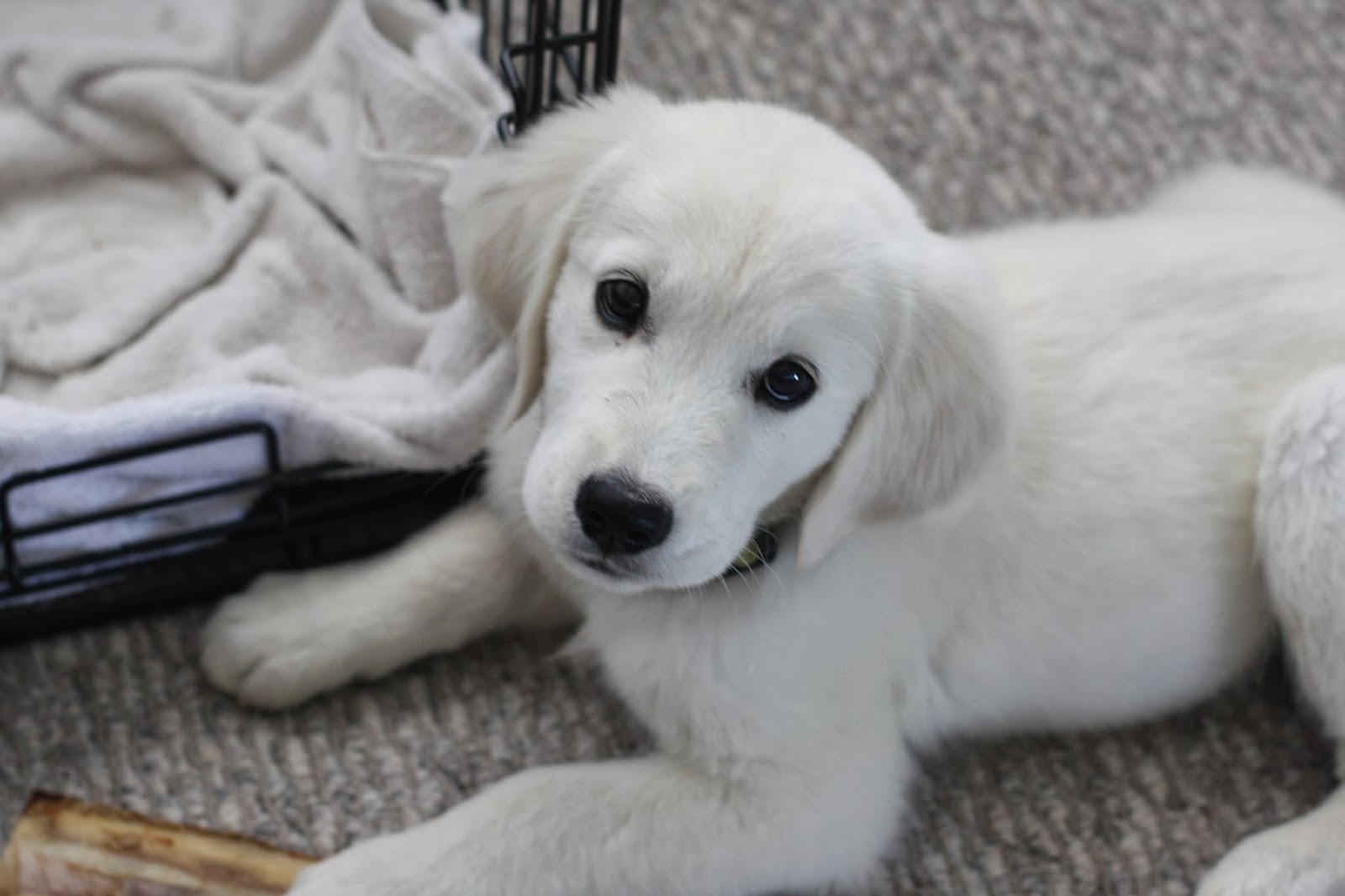 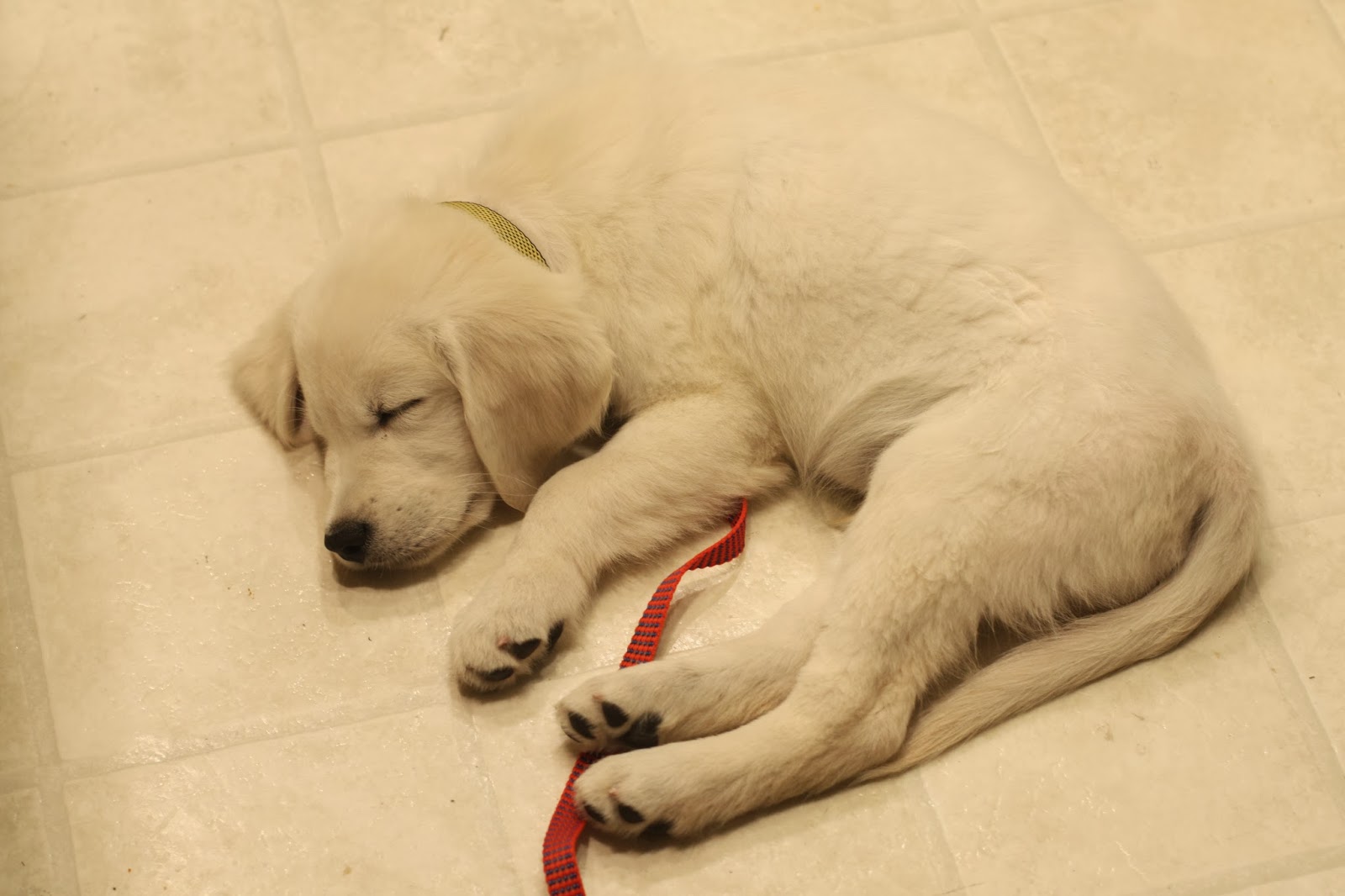 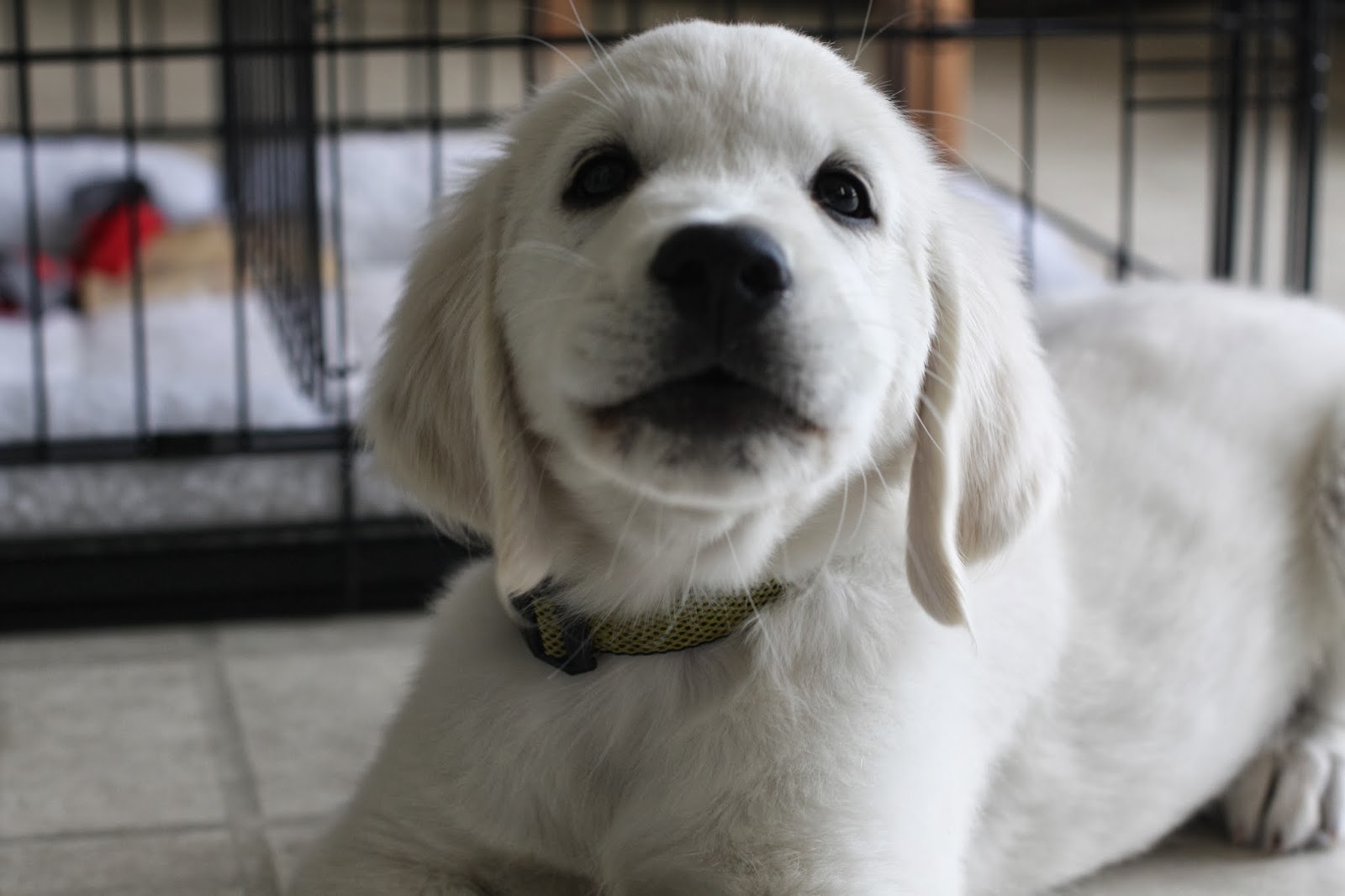 He... peed on the floors a lot!  (Here he's looking properly ashamed of himself.) 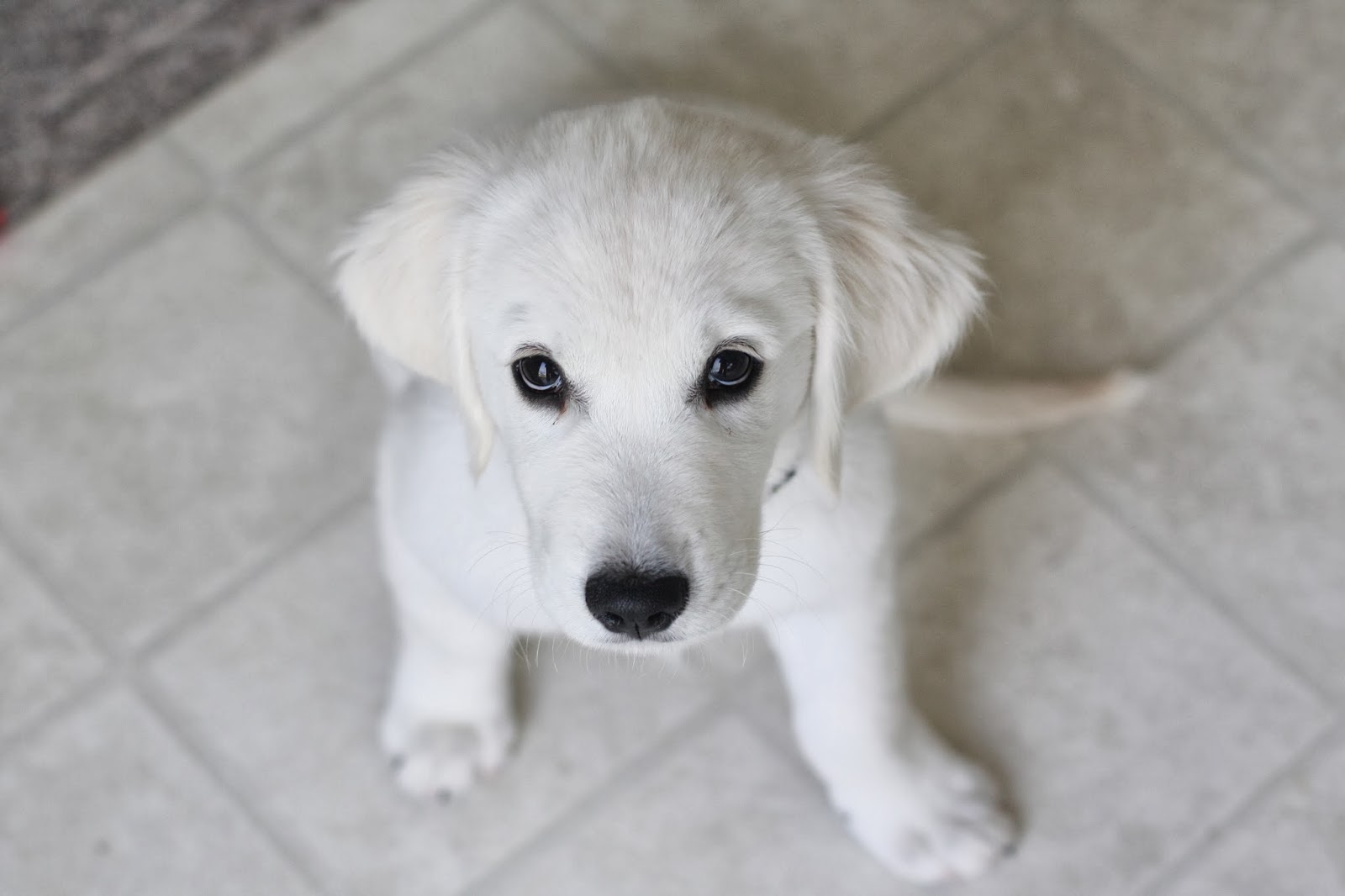 We kept him tethered to the kitchen island to facilitate mess cleaning, but I would let him roam (supervised, of course) for about 10 minutes right after he did his business outside.  Wouldn't you know it, but the little rascal still peed and sometimes pooped on the carpet sometimes!  He apparently didn't read the internet puppy training advice that said puppies his age should be able to go half an hour without peeing.  Alas. 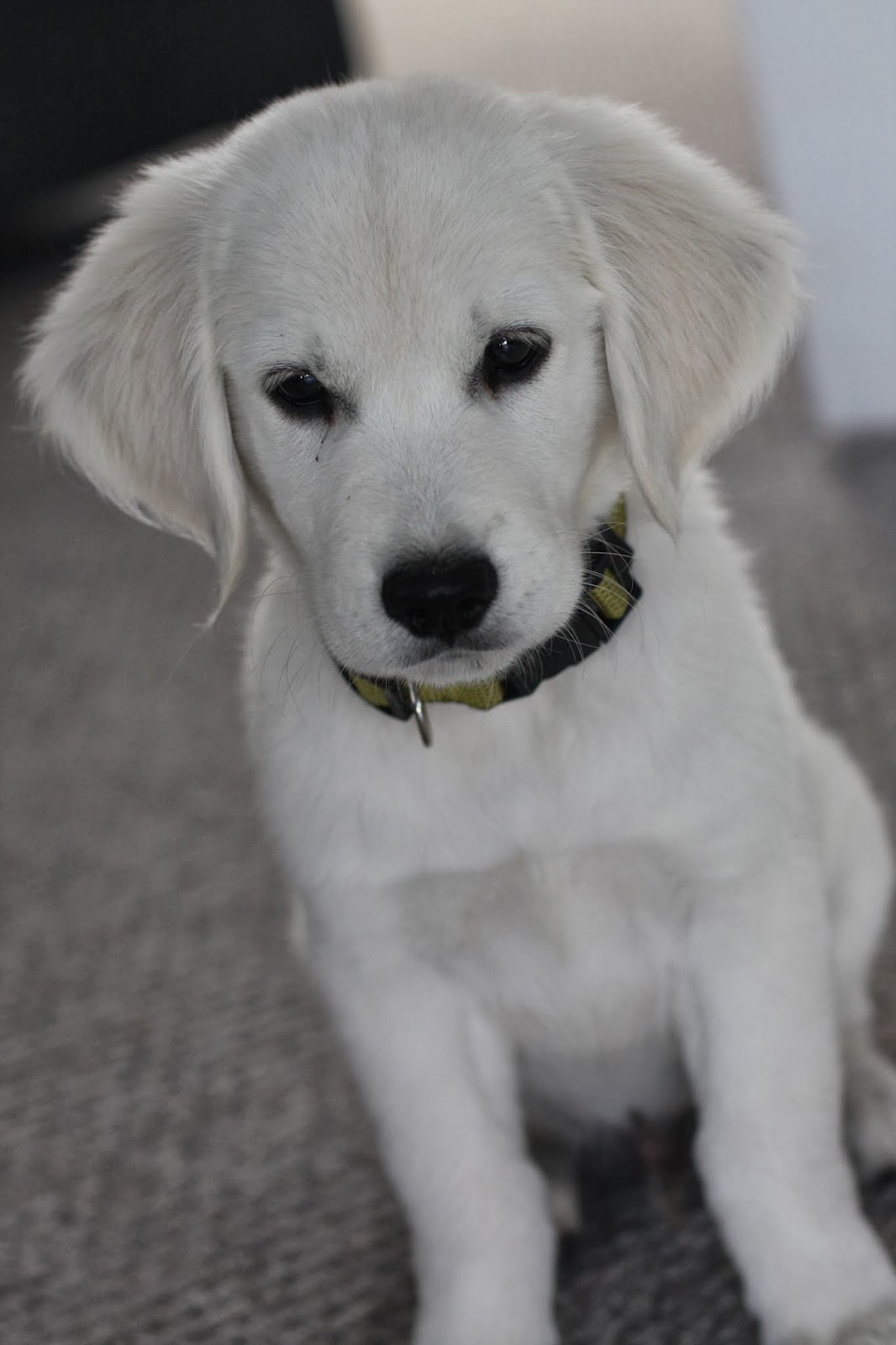 Anyway, he's still working on the potty training.  He's four months old now and still has accidents (he peed on my lap just this weekend!), but I know he's trying.  I get heartily angry with him every time he has an accident and vow to cook him for dinner that very night, but then I simmer down and we're mates again. 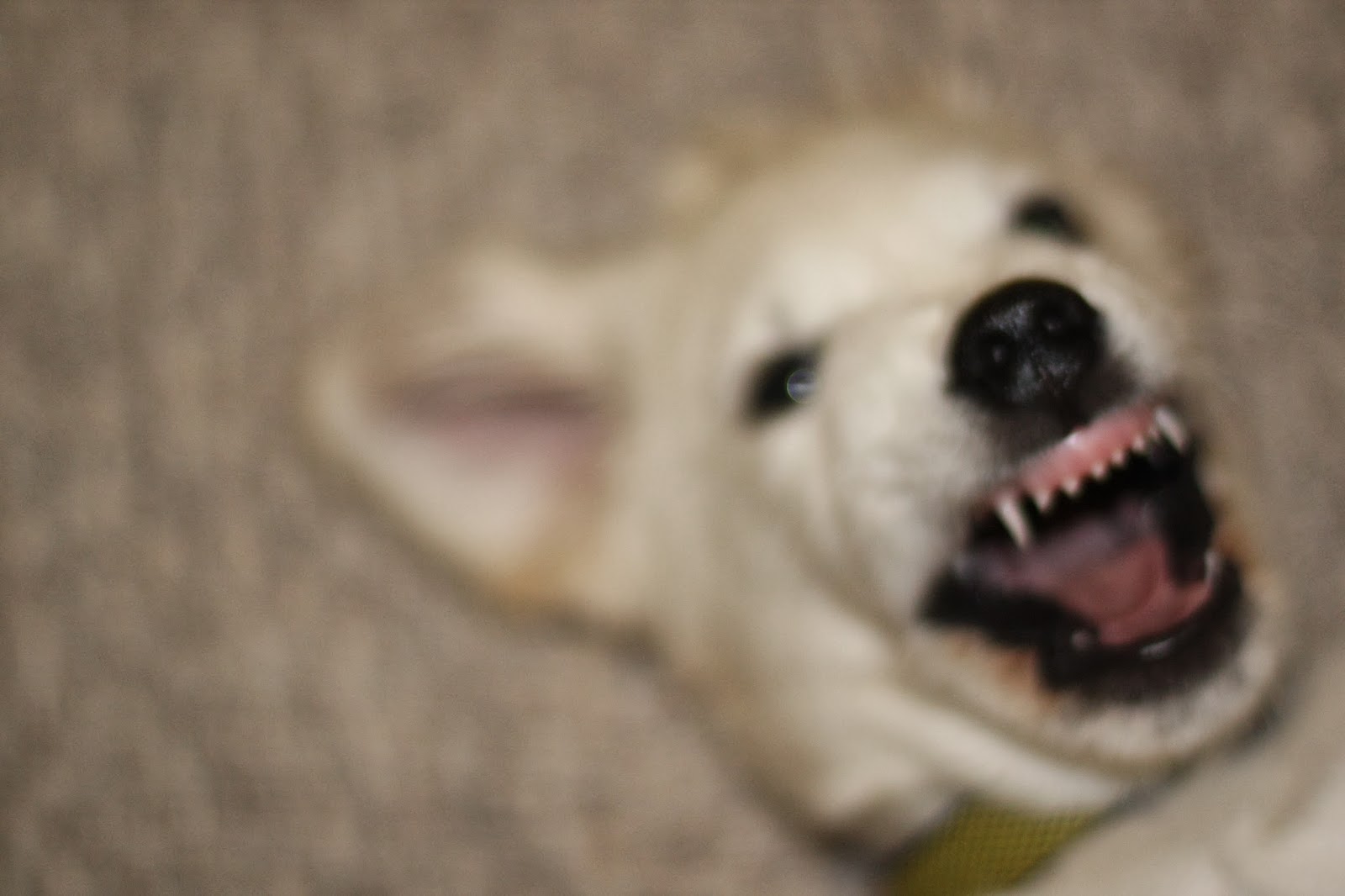 Bumi is generally a very well behaved pup.  He (mostly) knows how to sit, stay, come, lie down, shake hands, drop whatever he's holding in his mouth, heel, and is now crate trained.  He's come a long way since we first got him a month and a half ago - his breeders kept them all outside, with no feeding schedule and no rules or discipline, so all his tricks and such have been learned from scratch with us.  Everywhere we go (including the vet) people comment on what a sweet, calm puppy he is.  He's currently learning how to "hide" - I'll post a video when he masters it. 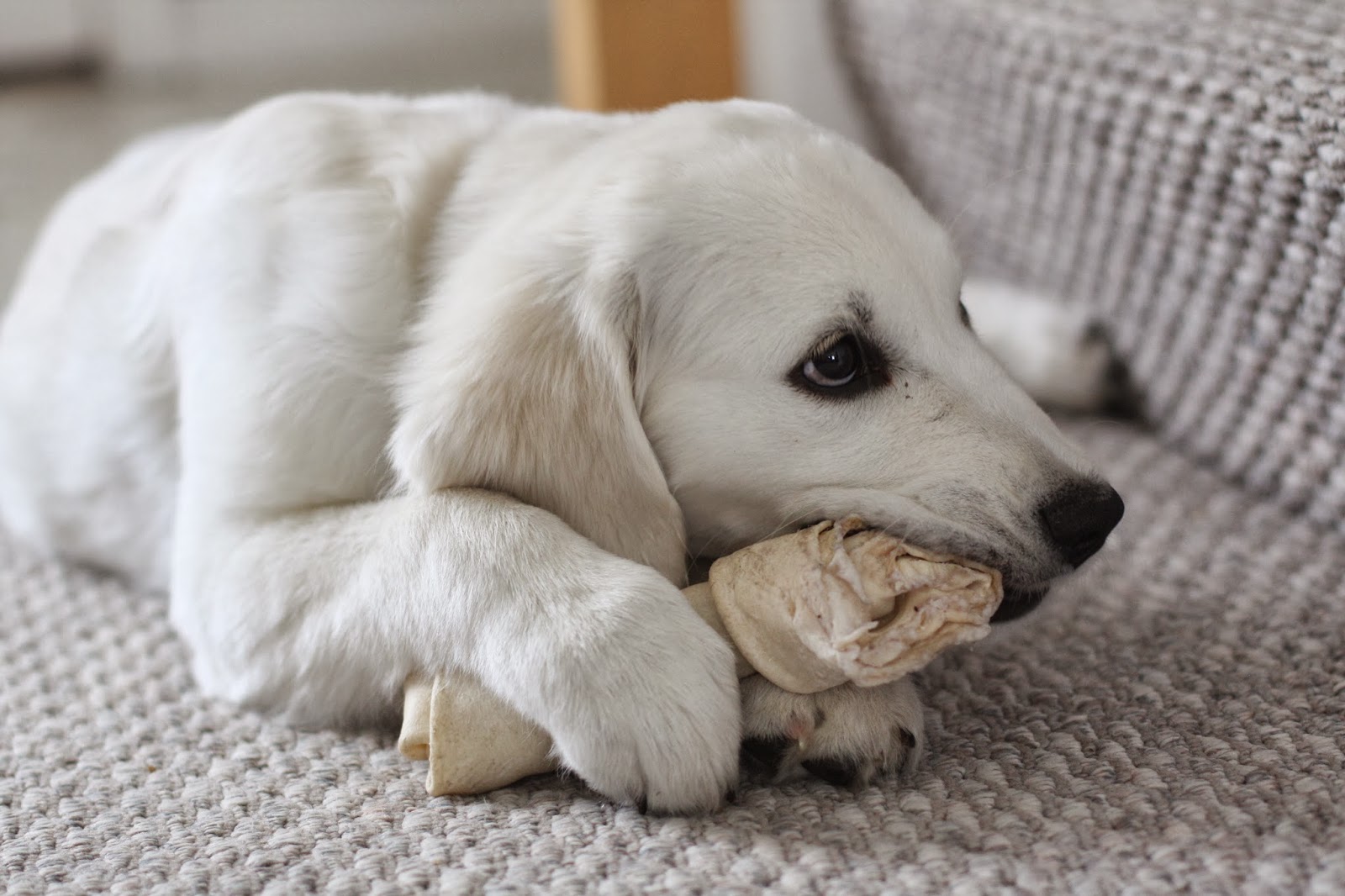 The other day (I think it was Friday) Bumi either ate or got bitten by something that really didn't agree with him.  His face got all kinds of puffy, including both eyes and his mouth.  He looked like Harry Potter after Hermione jinxed his face to disguise him from the snatchers in the woods. 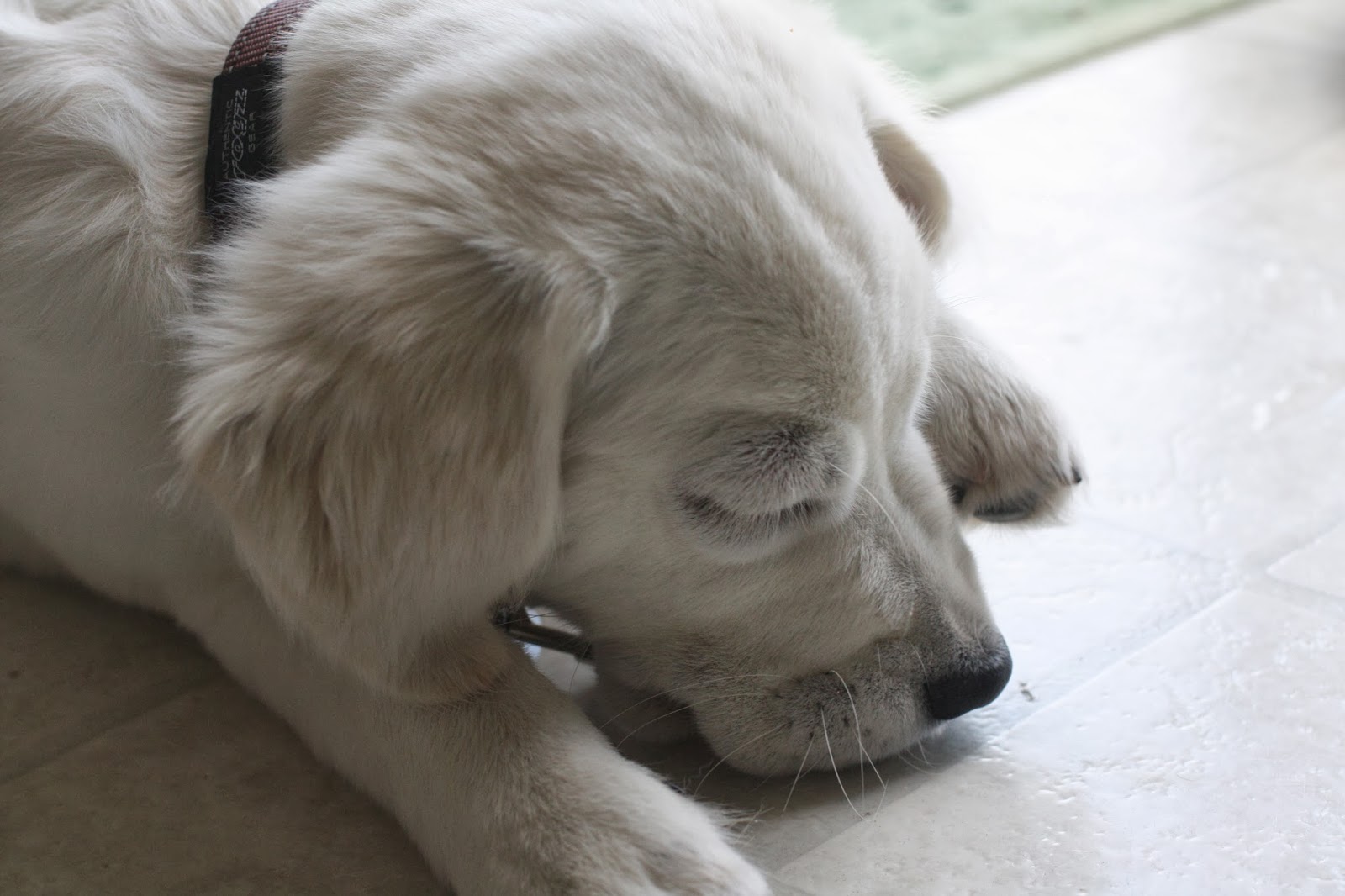 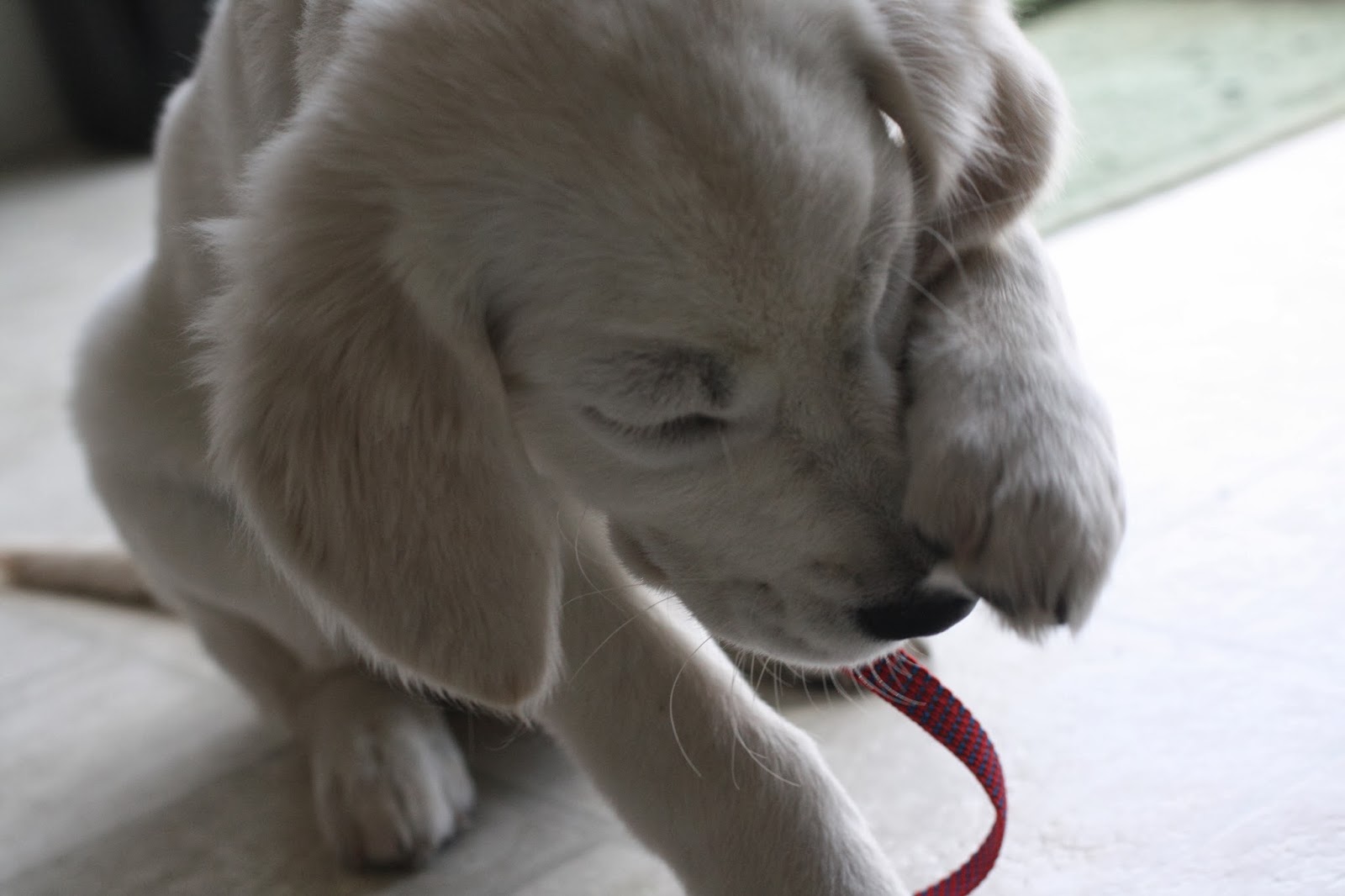 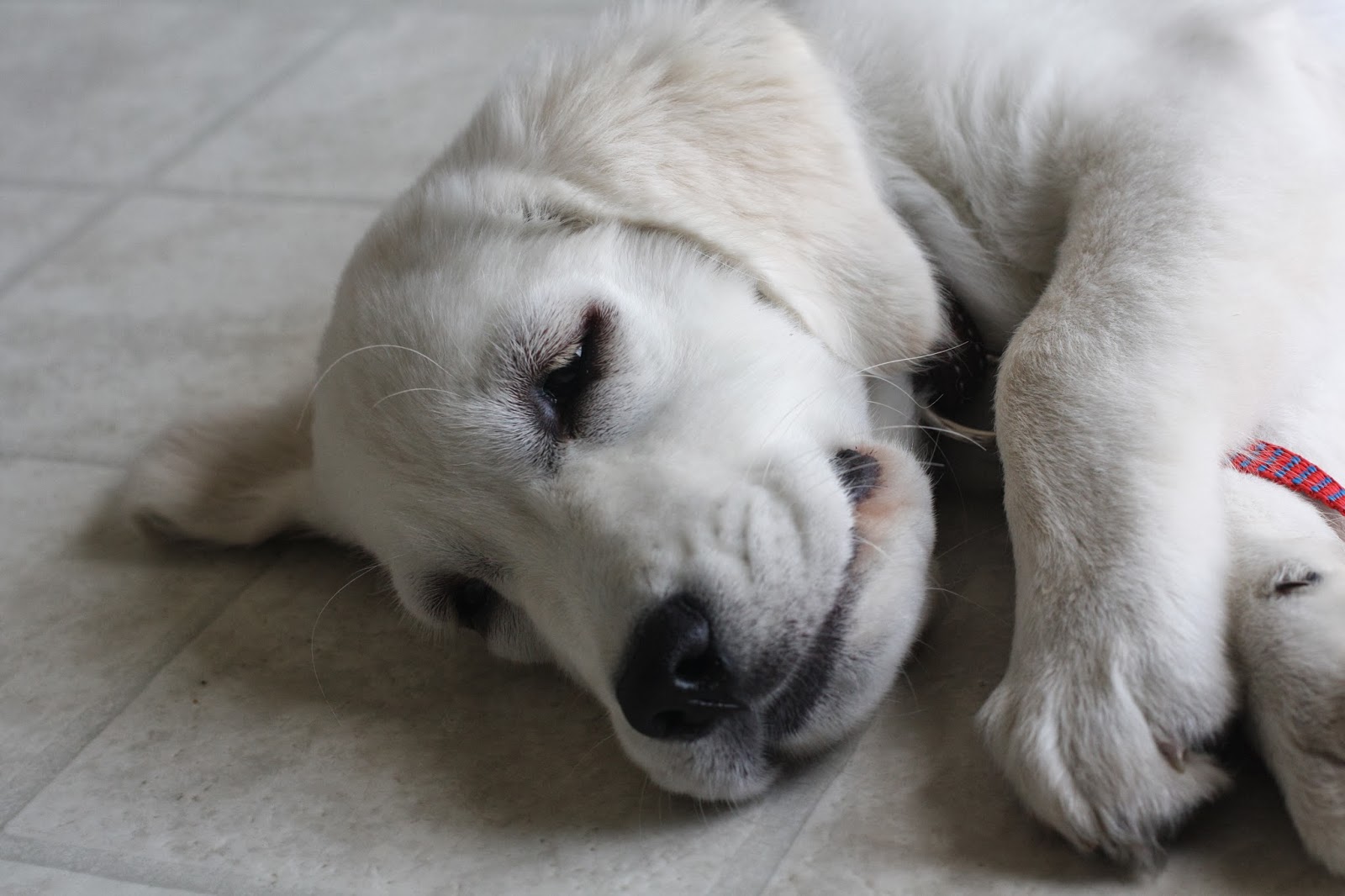 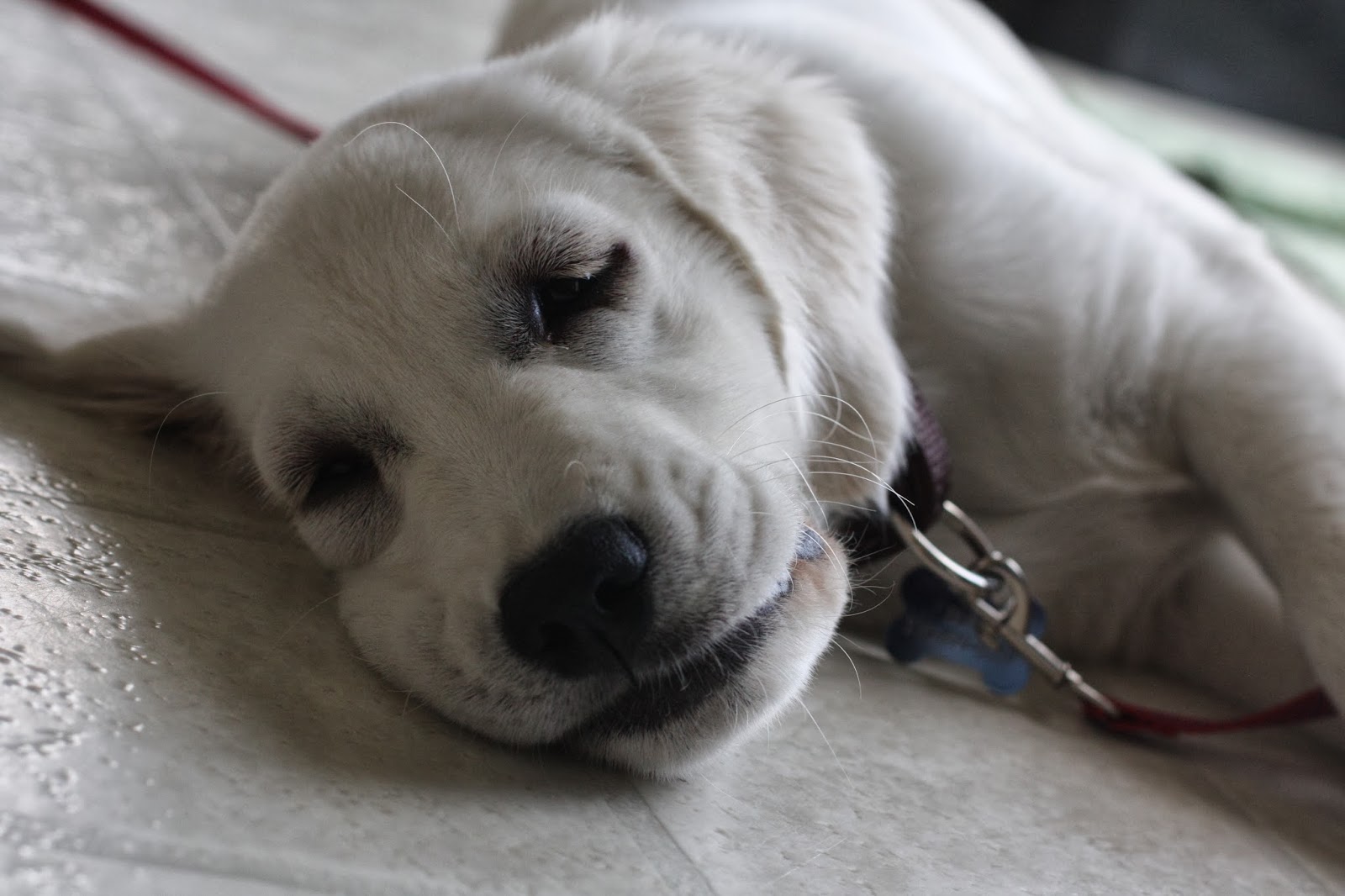 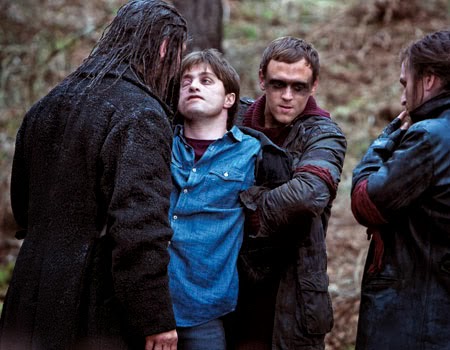 The vet said to just give him Benadryl.  It worked like a charm and he was back to normal by the following morning.  (It takes a while to kick in.) 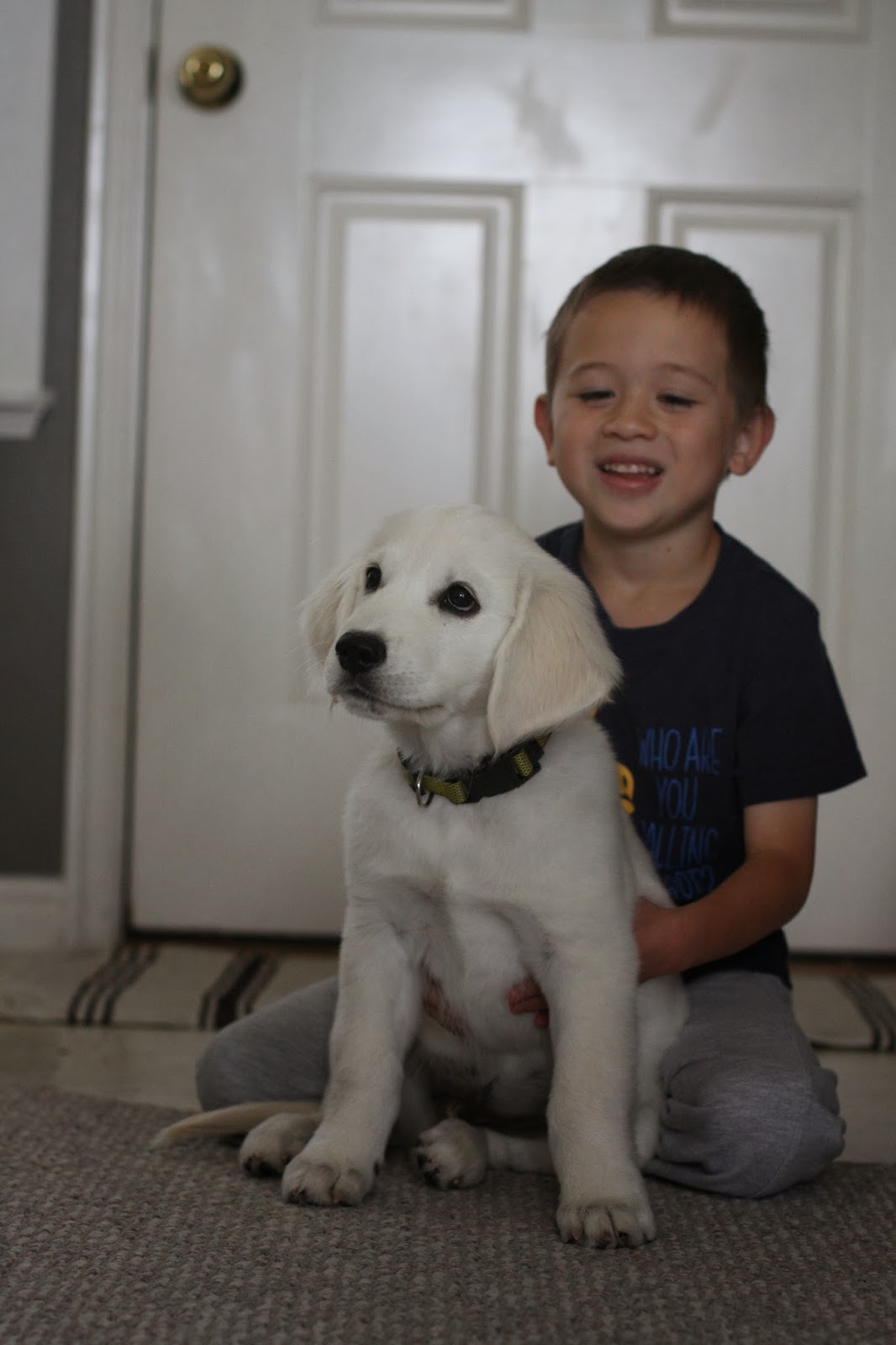 While Bumi vexes me like crazy, the kids absolutely adore him.  I even like him a bit too, when I'm not busy scolding him for something.  But the boys take it in turns to play tug-of-war with him, and he (and they) LOVES it. 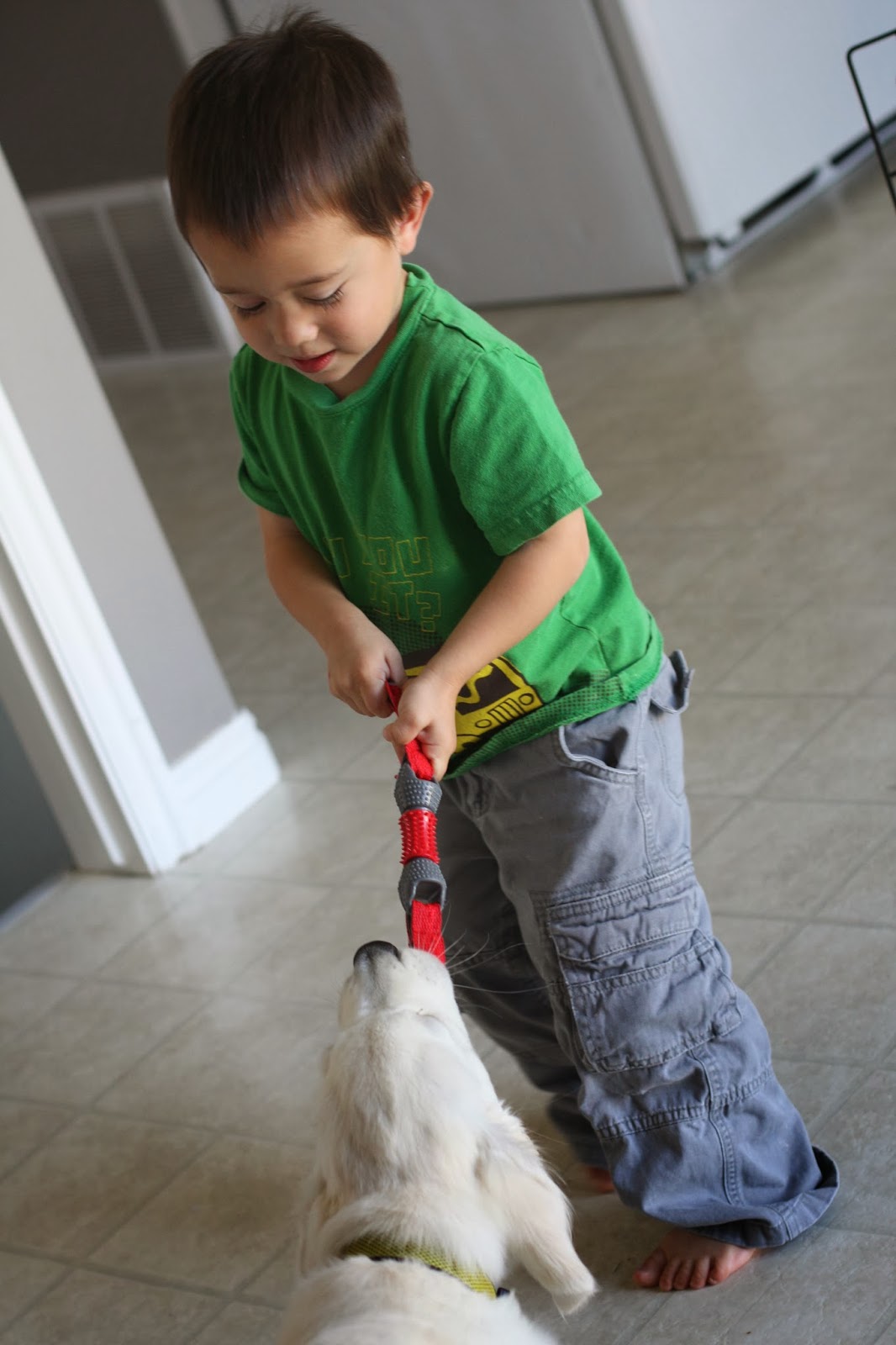 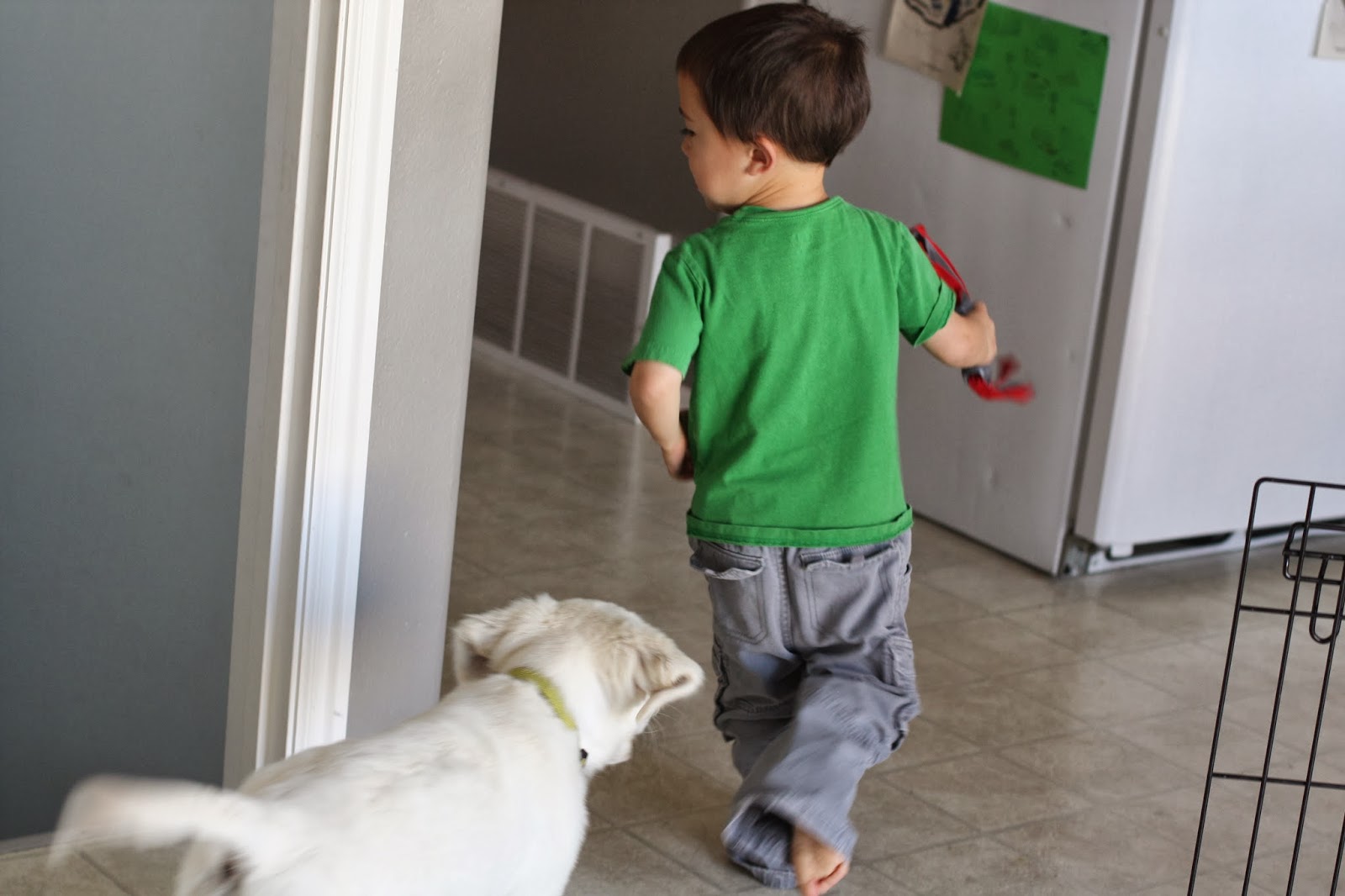 Elinor has become his partner in crime.  The two of them get into all kinds of trouble together.  She brings him all manner of contraband items to eat, tempts him with her fingers (literally - she pokes him and tries to stick her hand in his mouth), and hangs out in his crate with him.  I can't decide if it's cute or gross. 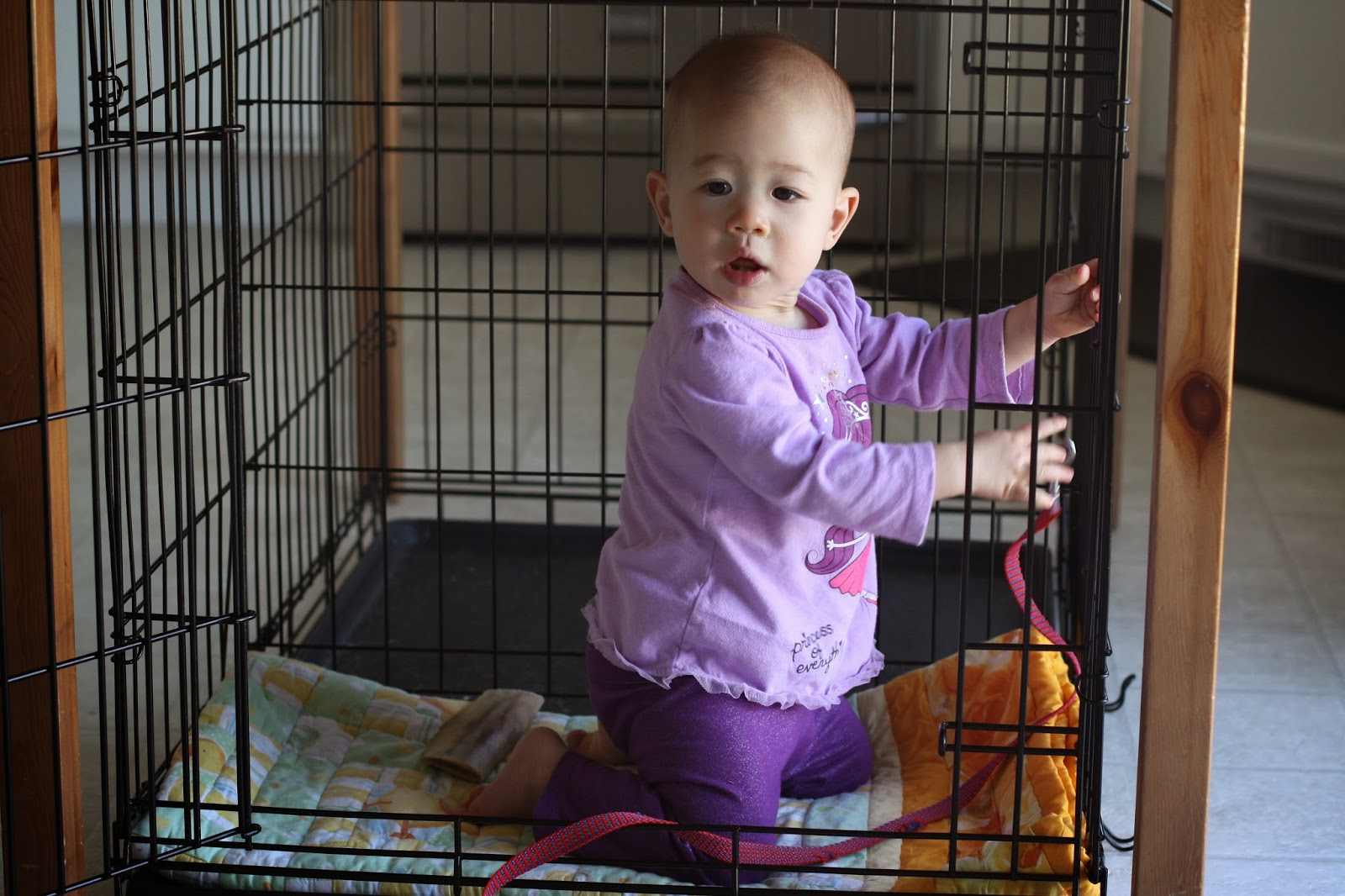 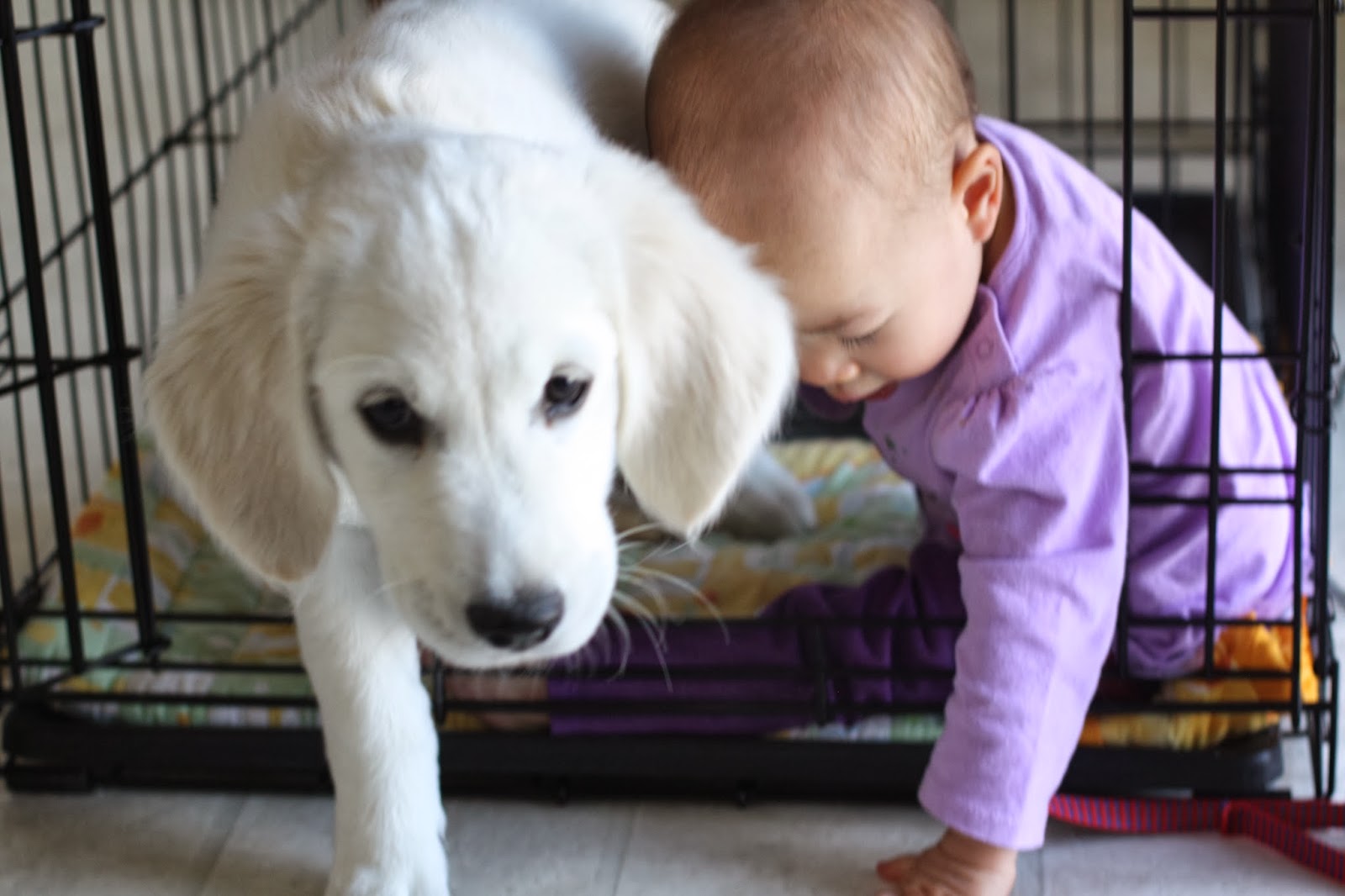 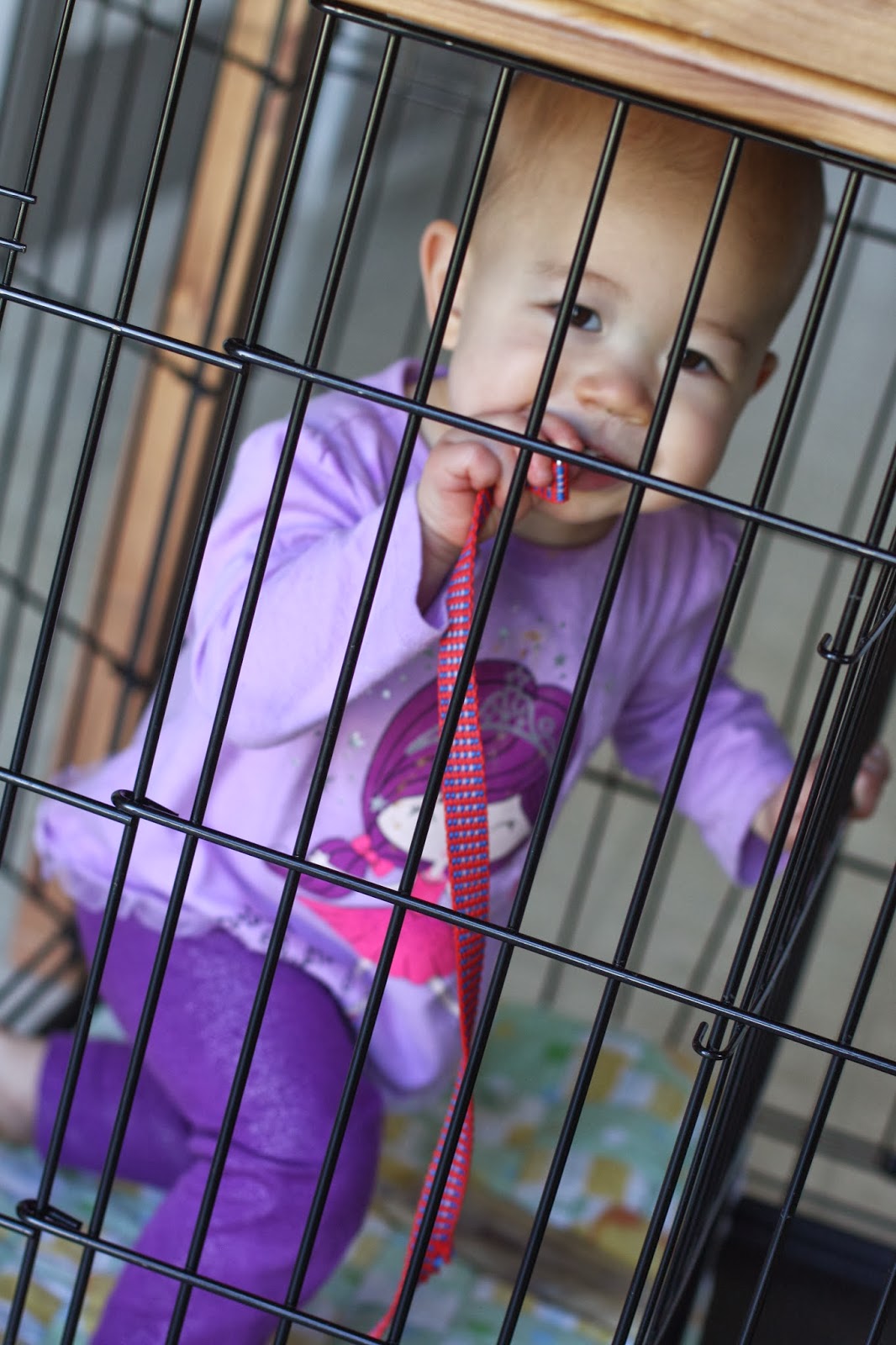 I'm still glad we got him, but I'll be much gladder when he's fully house trained!
Posted by Maxine Parrish at 1:36 PM