On August 10 I took the boys to their first monster truck rally.  Isaac said at several points throughout the night, "This is my wish come true!!"

We didn't know that the race would be so LOUD.  Here are the boys posing with the trucks before the event.  You could hear the regular races going on at the track and it was already bothering Sammy. 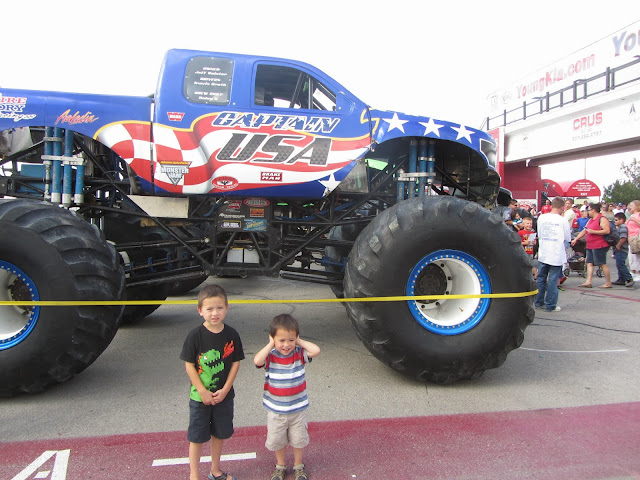 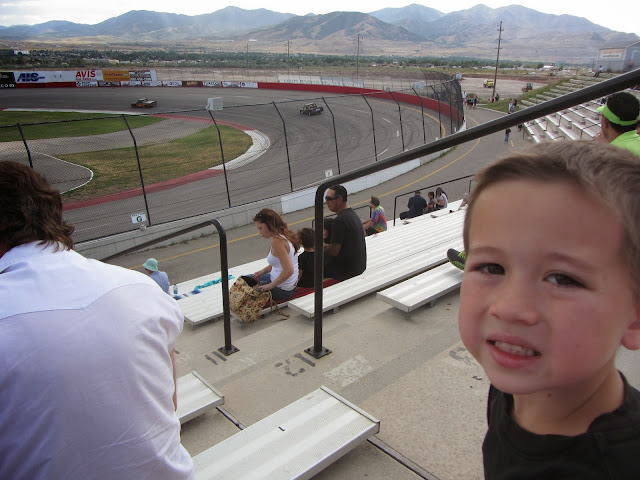 Before the monster trucks came out there were other races going on of various vehicle types.  Here are the stock cars: 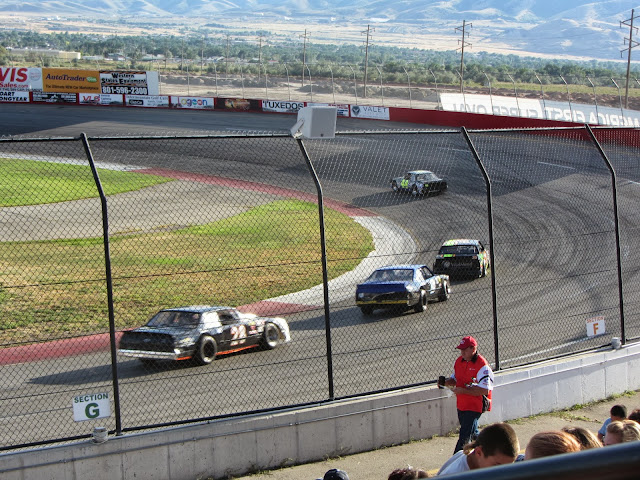 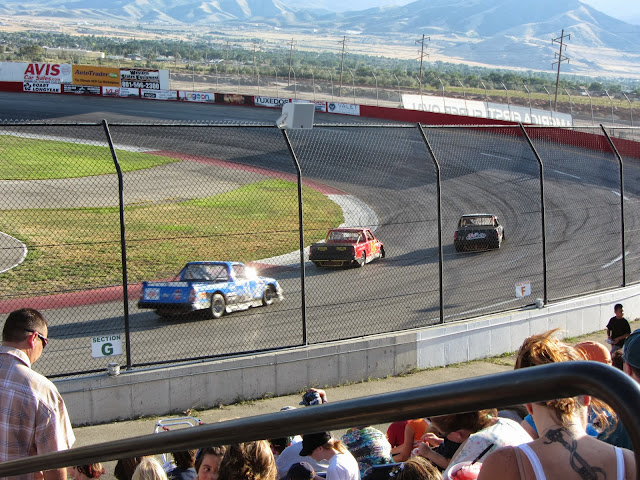 Again, it was extremely loud.  Luckily they sold ear muffs/plugs because I was not prepared for that kind of noise.  And Sammy needed sunglasses because of the dust that was getting kicked up.  This resulted in hilarious cuteness. 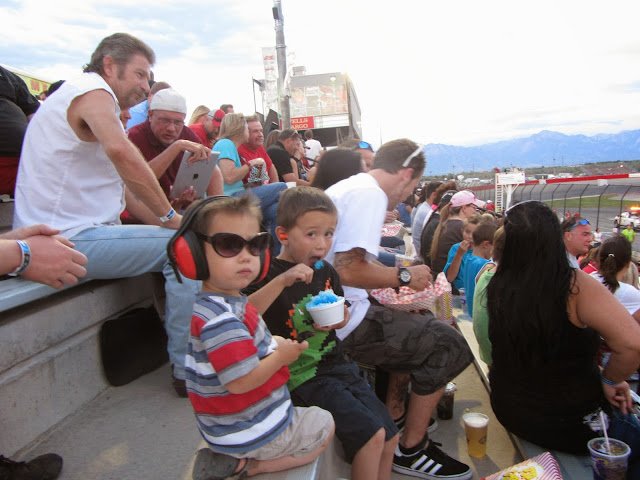 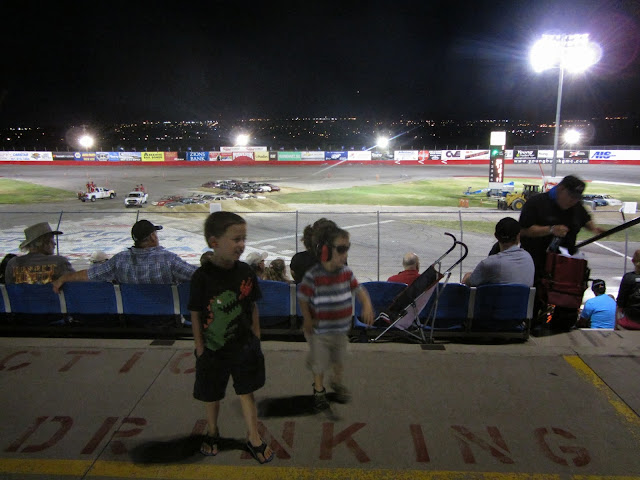 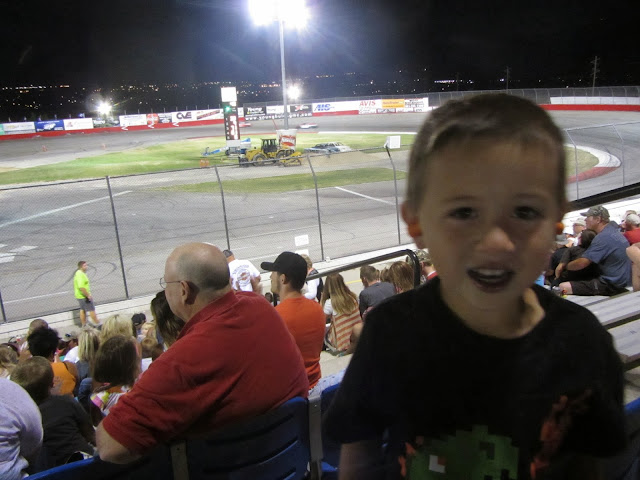 At the end they had a wheelie competition: 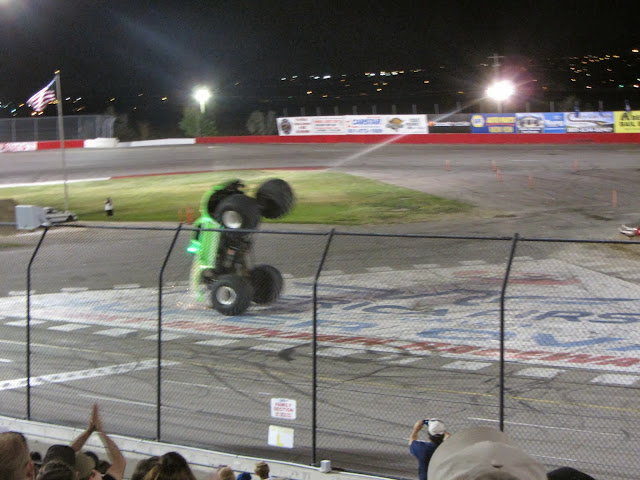 We were there from about 5:00 until 10:00.  The boys were wiped out but still didn't want to go home.  And apparently Sammy sleeps with his arms raised. 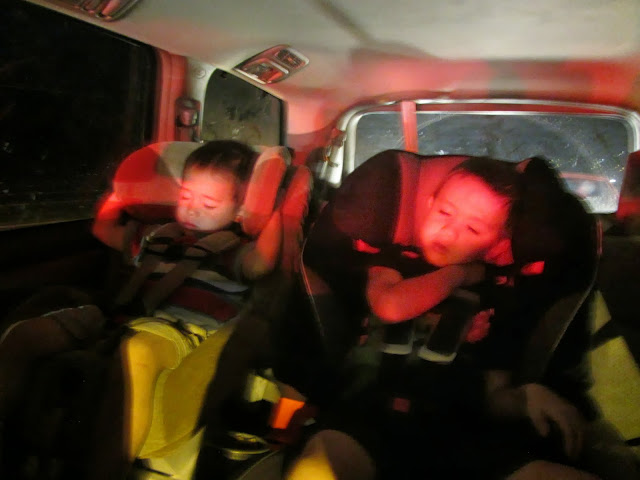