I firmly believe that Samuel was a born leader.  That kid has got more gumption and cajones than many adults, and he has the stubbornness to match!  Most of the time this is a good thing. Sometimes, like during diaper changes and cleanup time, it is a very unfortunate thing.  Still, I absolutely treasure this trait of his and wouldn't trade it for the world. 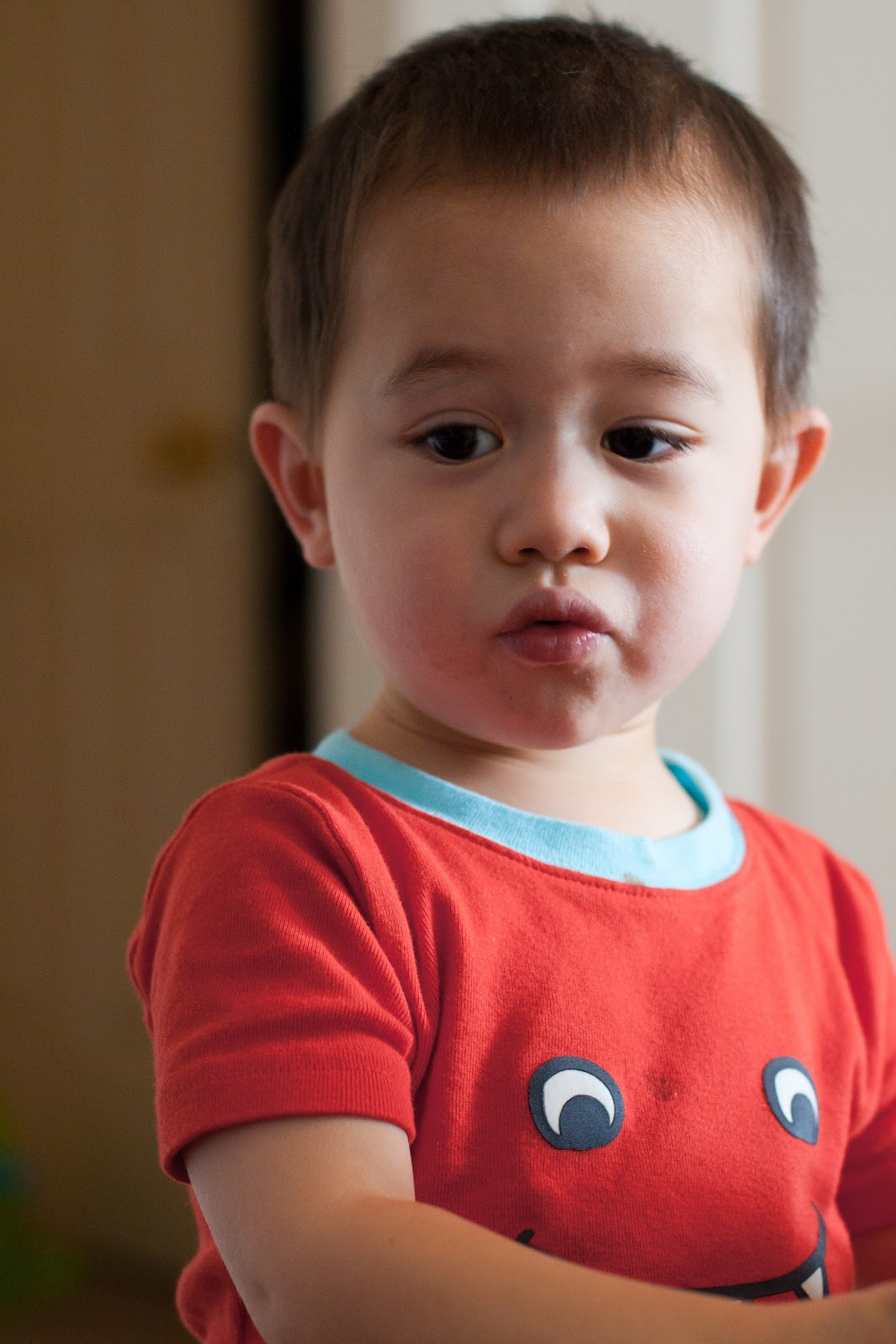 Sammy is so very affectionate!  He gives the best hugs!  Most kids just kind of stand there and let the hug happen to them, but Sammy will wrap his arms tightly around you and squeeze back with just the right amount of pressure so you know he really means it.  Melts my heart every time. (Photo courtesy of Isaac.) 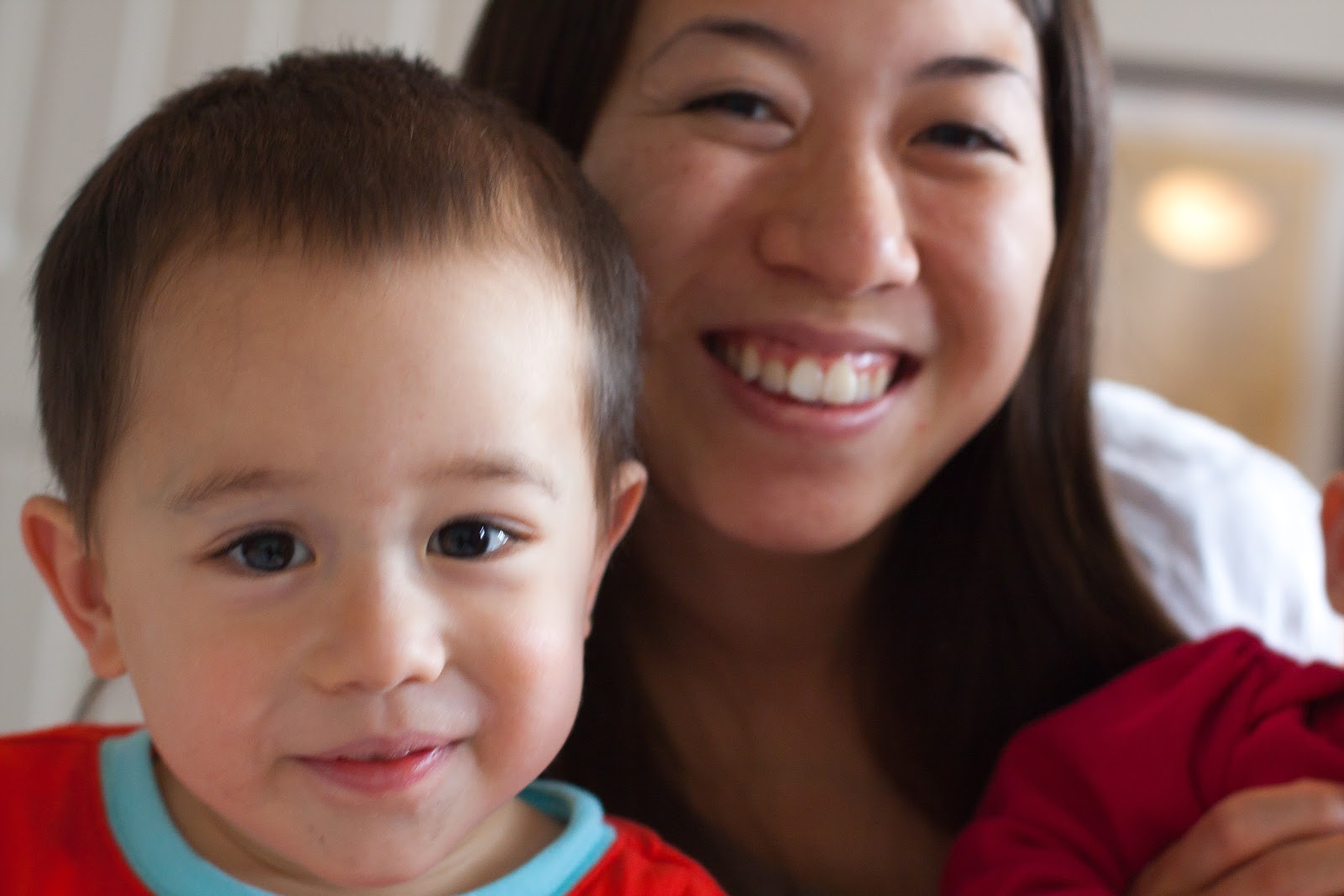 This kid's a monkey, as evidenced by this picture of Collin minding his own business feeding the baby when suddenly, a monkey-child decides to scale Mt. Daddy and claim it for himself. 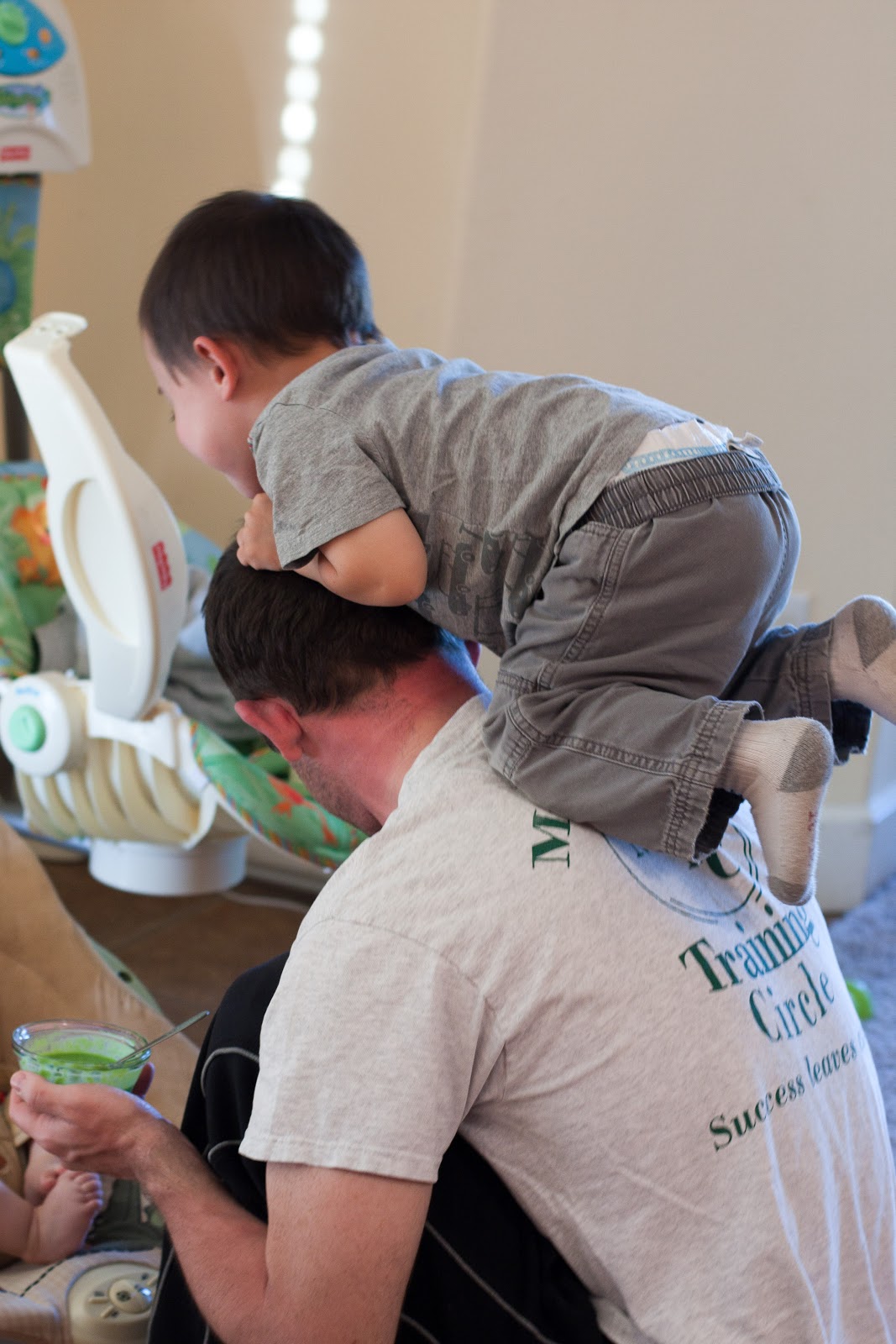 He is best buddies with Isaac and will occasionally do his big brother's bidding (see first paragraph re:stubborn streak). Why is Isaac wearing a face mask, you ask?  Why not?  (He was helping Collin with a sanding project, but more on that later.) 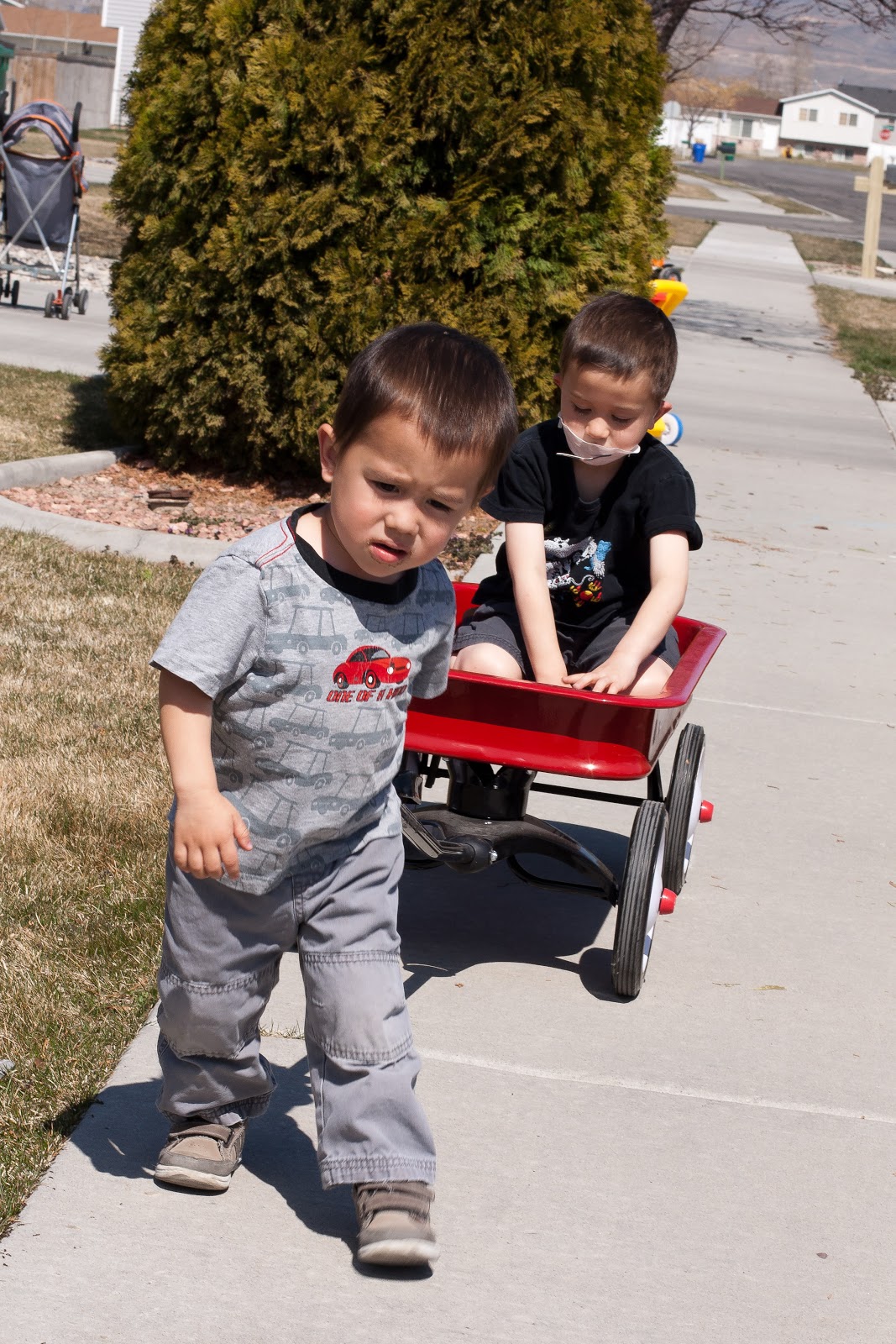 Sammy loves books - what kid doesn't?  He is so interested in letters and numbers.  He "reads" to himself, sings the ABC song all the time, and counts anything that holds still long enough for his pudgy finger to point at it.  He can count to 13 accurately, 20 if you count "nexteen" as a number.  (It falls somewhere between 13 and 16, in case you're wondering.) 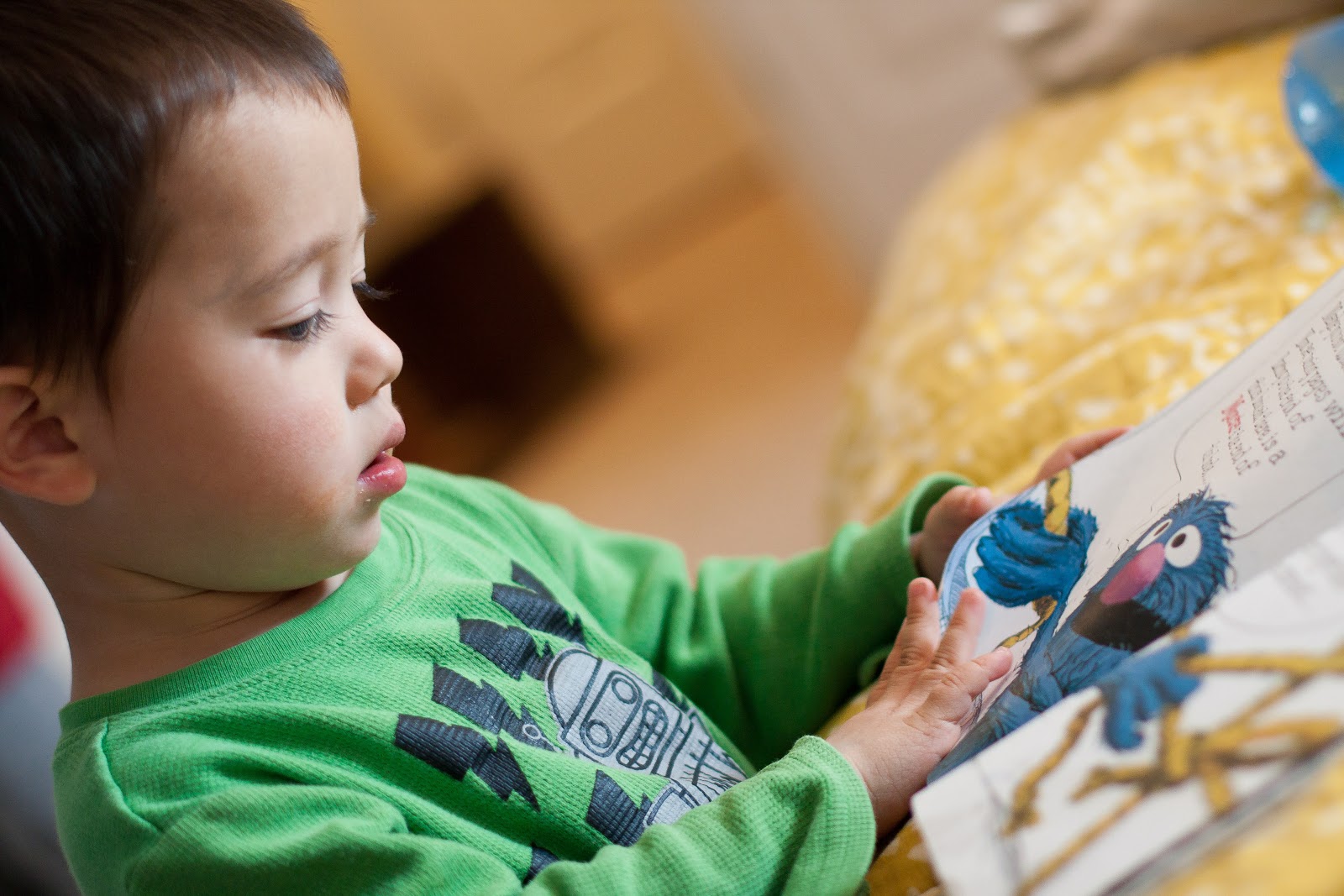 Favorite thing still?  Yup, cars and trucks.  Lately, he's been much more into playing outside (with his big dump truck) now that the weather is warming up.  In fact, he and Isaac practically live outside these days.  I love watching them be boys - digging in the dirt, finding worms, chucking rocks at trees picking rocks up from the ground...  His dearest ambition right now is to go to Jump On It (the indoor trampoline park) once we're all healthy again. 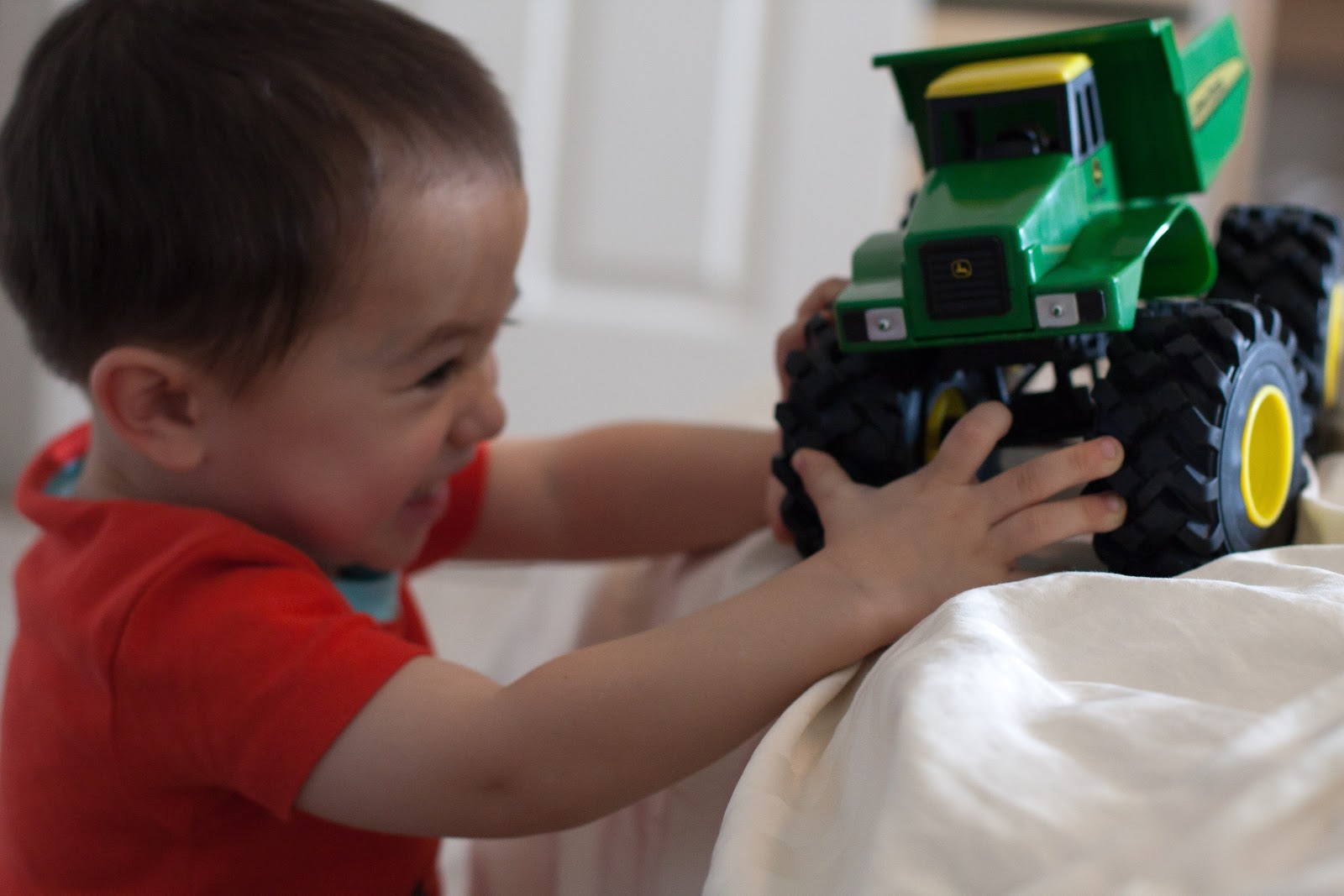 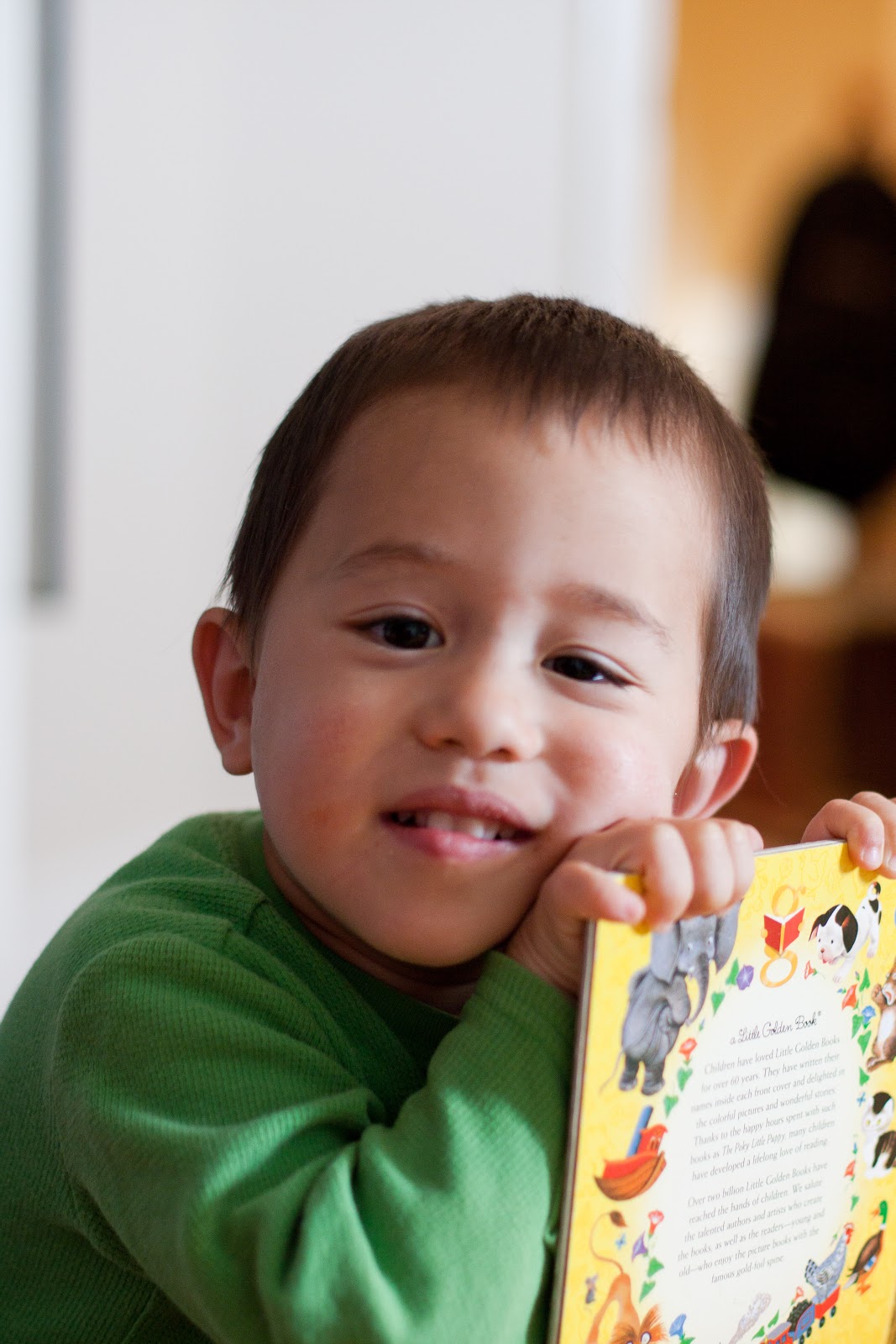 Posted by Maxine Parrish at 6:00 AM