This year's Christmas season was a little more harried and stressful than we generally prefer - I was in charge of planning a Christmas party for a church group, Collin's esophagus was treating him rather ungratefully, and there just seemed to be more errands to run than usual.  Still, we managed to find time to have fun together.  Witness:

We had a remarkable amount of snowfall for Lehi this year.  Nearly a foot, and it hasn't all melted yet!  We all took advantage the first day and made snow forts and the Biggest Snowman Ever (the head ball was so heavy it actually pinned Collin to the ground as he was lifting it, and he's no weakling!).  Sadly, it fell over within the hour - too big for its britches, I say. 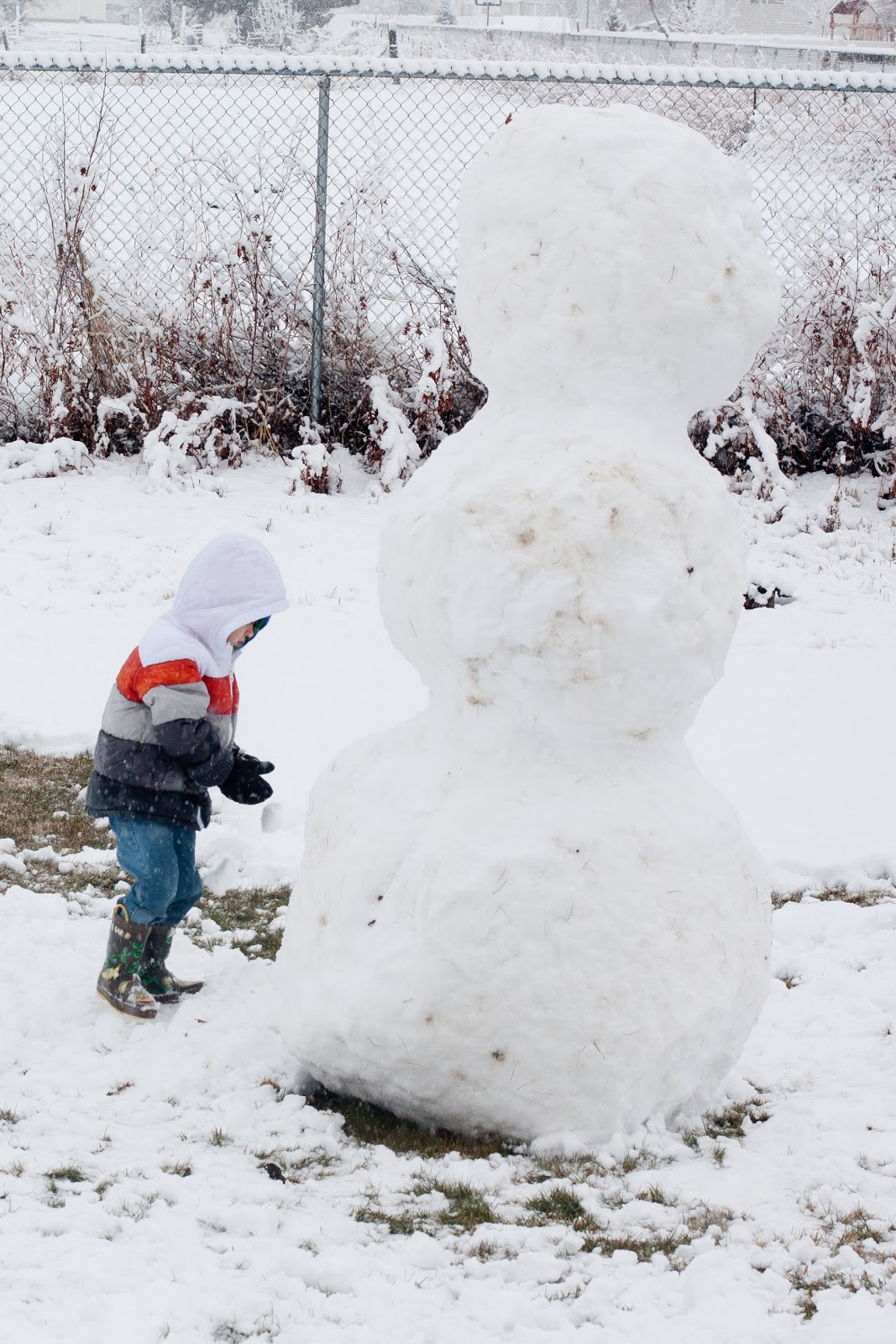 I realized one of my longtime goals: We made gingerbread houses from scratch (I like to keep my goals simple)!  The boys each decorated their own smaller models while Collin and I worked on the larger house together. 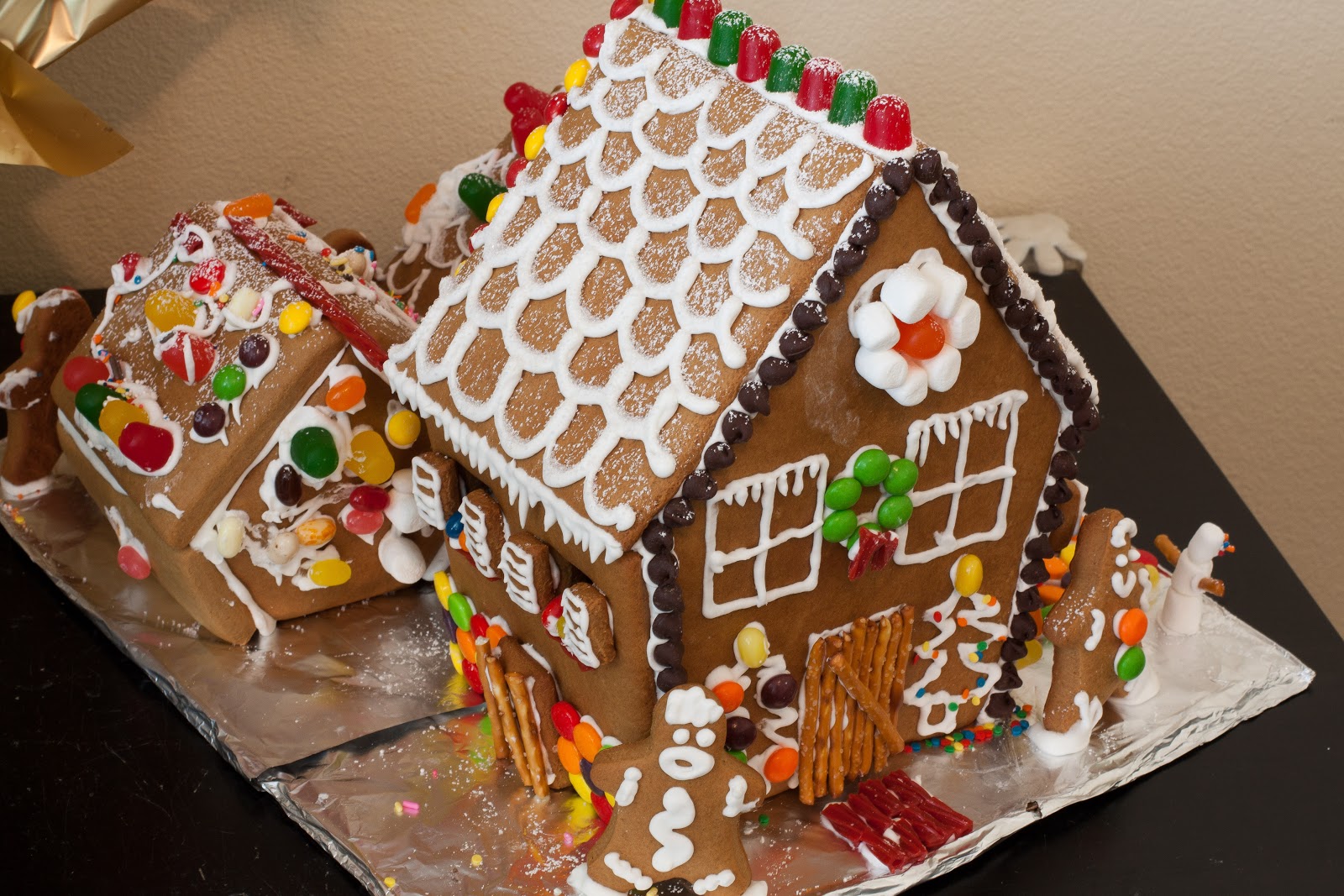 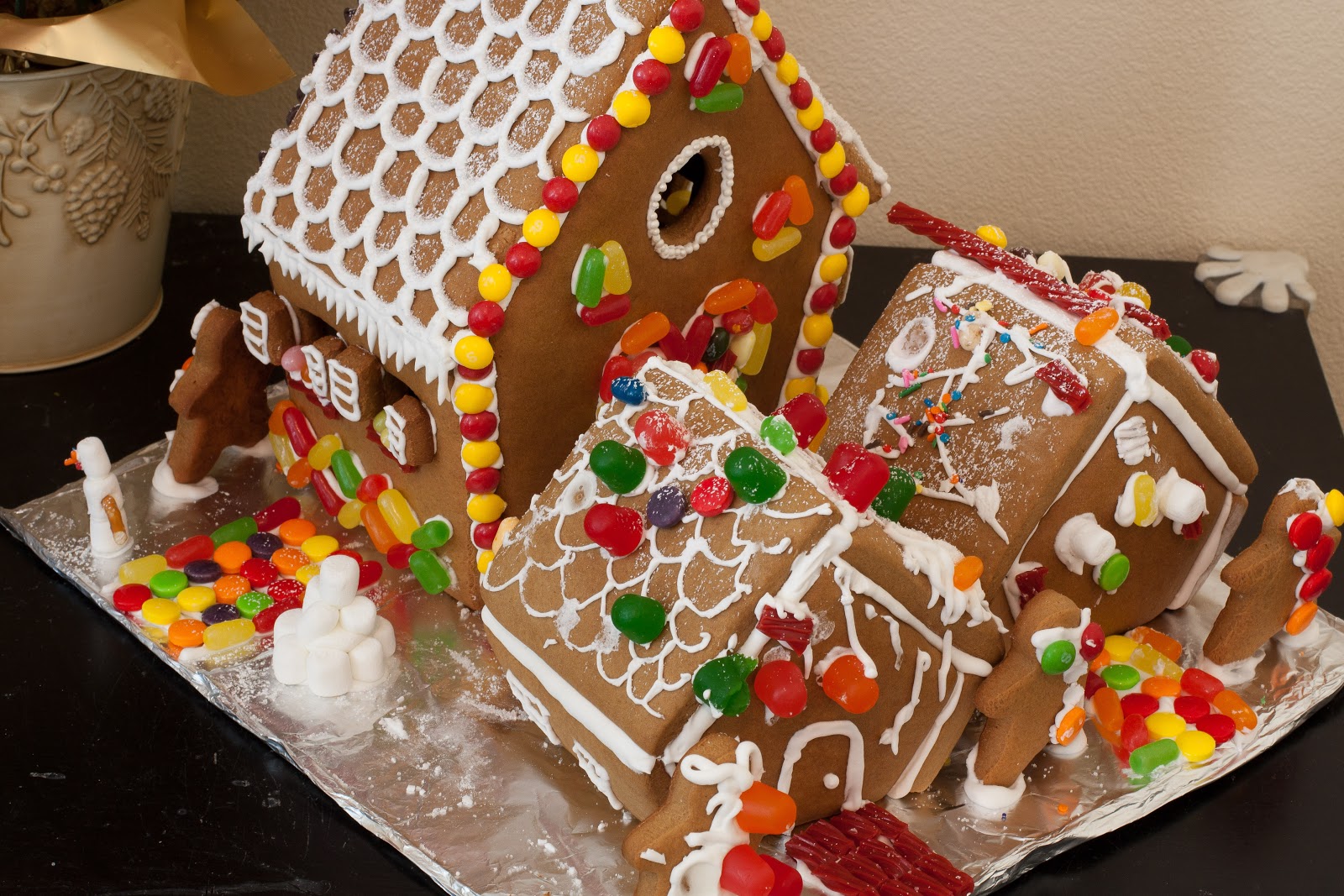 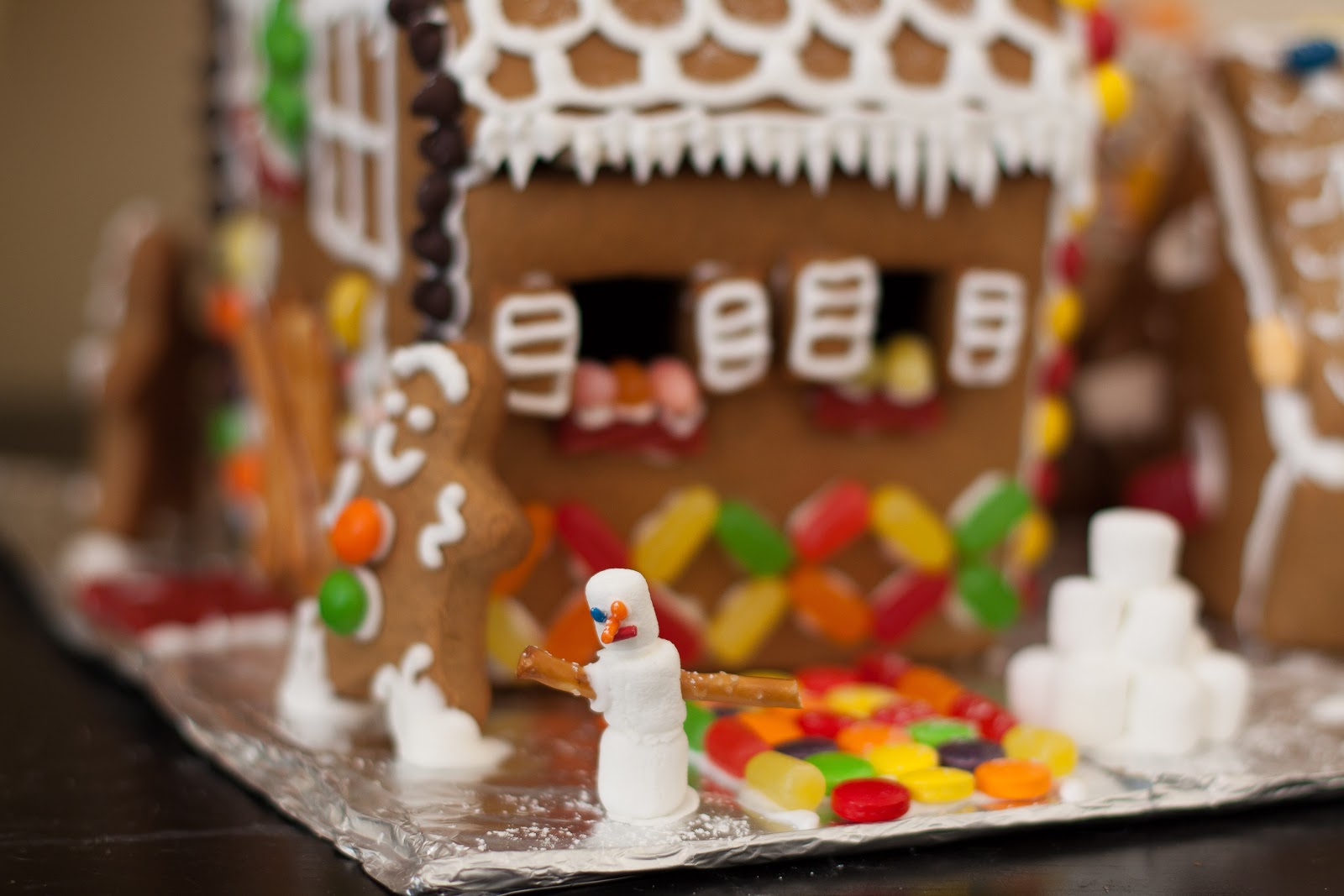 Sammy especially enjoyed driving his cars around his little gingerbread neighborhood.  He told me he was delivering packages - can you tell our preferred method of Christmas shopping? 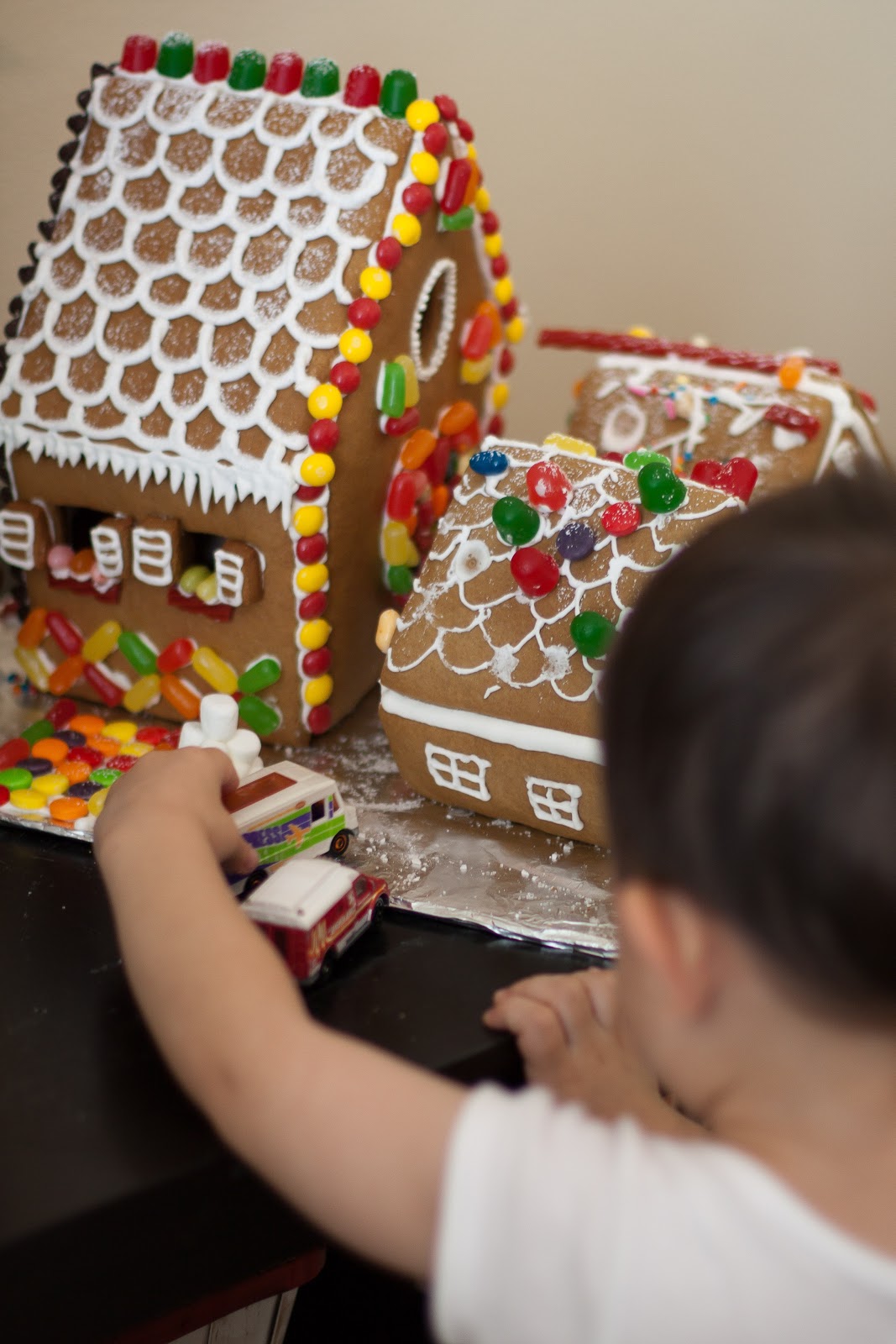 Of course, we couldn't make a gingerbread neighborhood without the gingerbread men to populate it (and to eat!).  The boys especially enjoyed this part, and I thought they Isaac did a surprisingly good job of it. 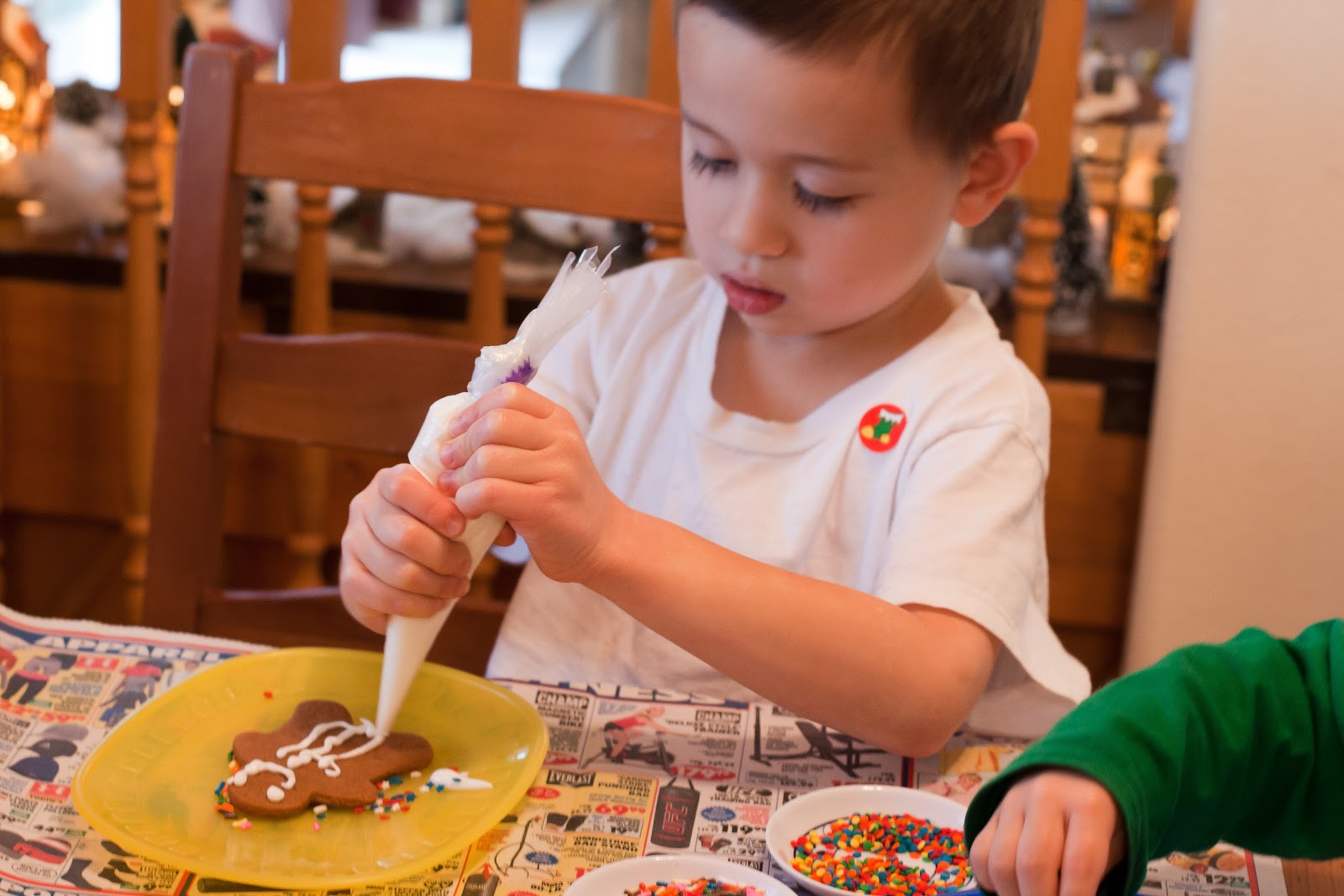 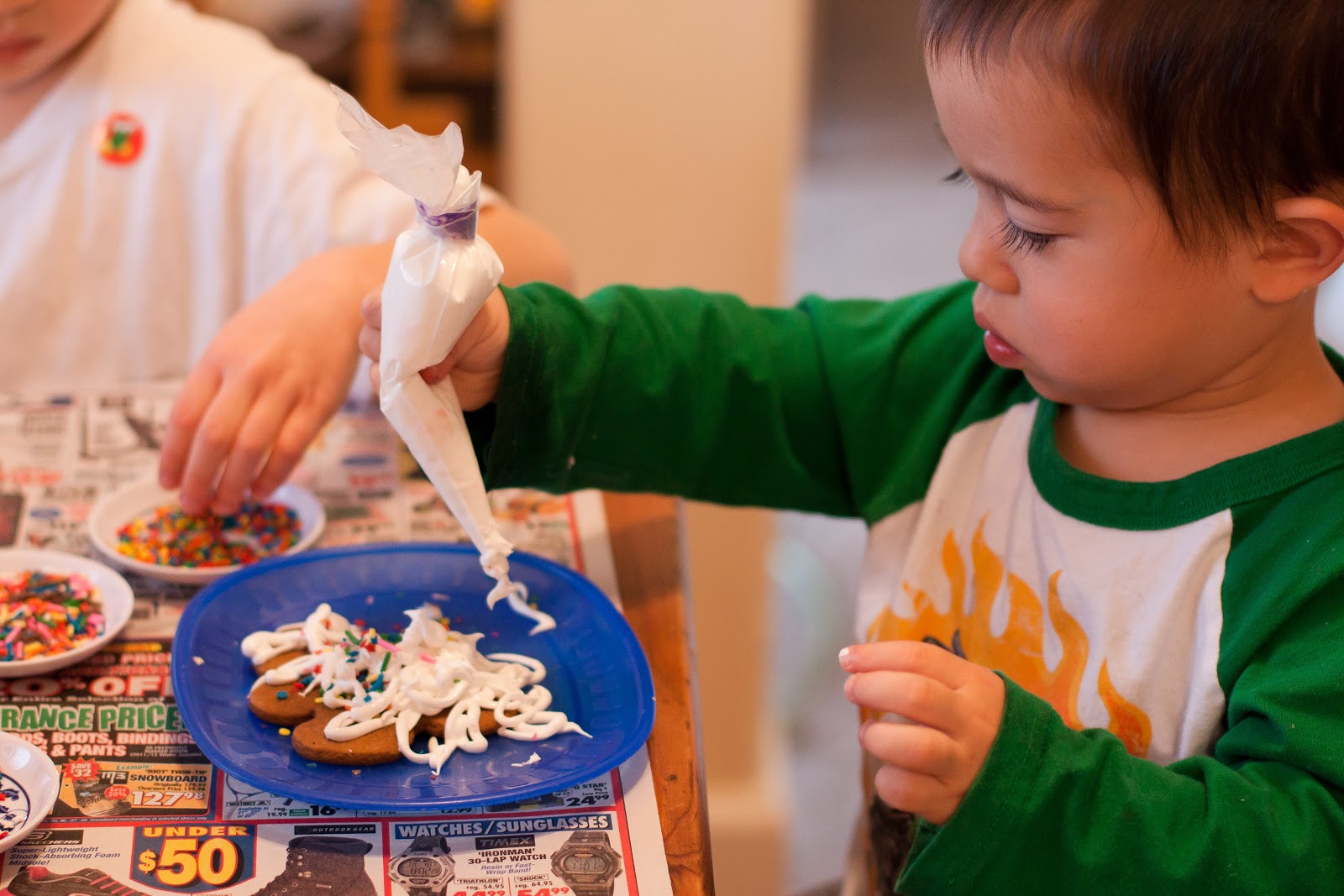 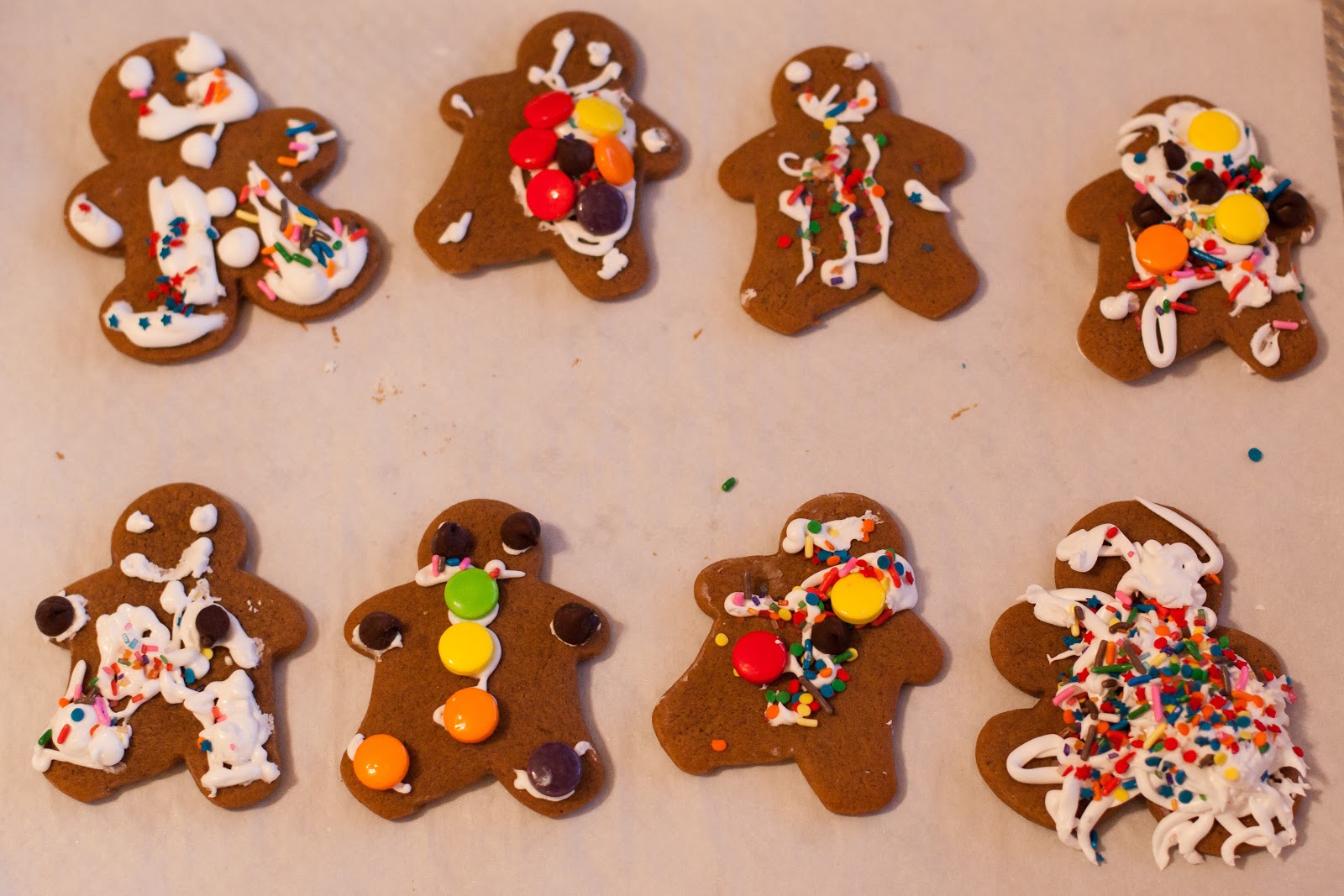 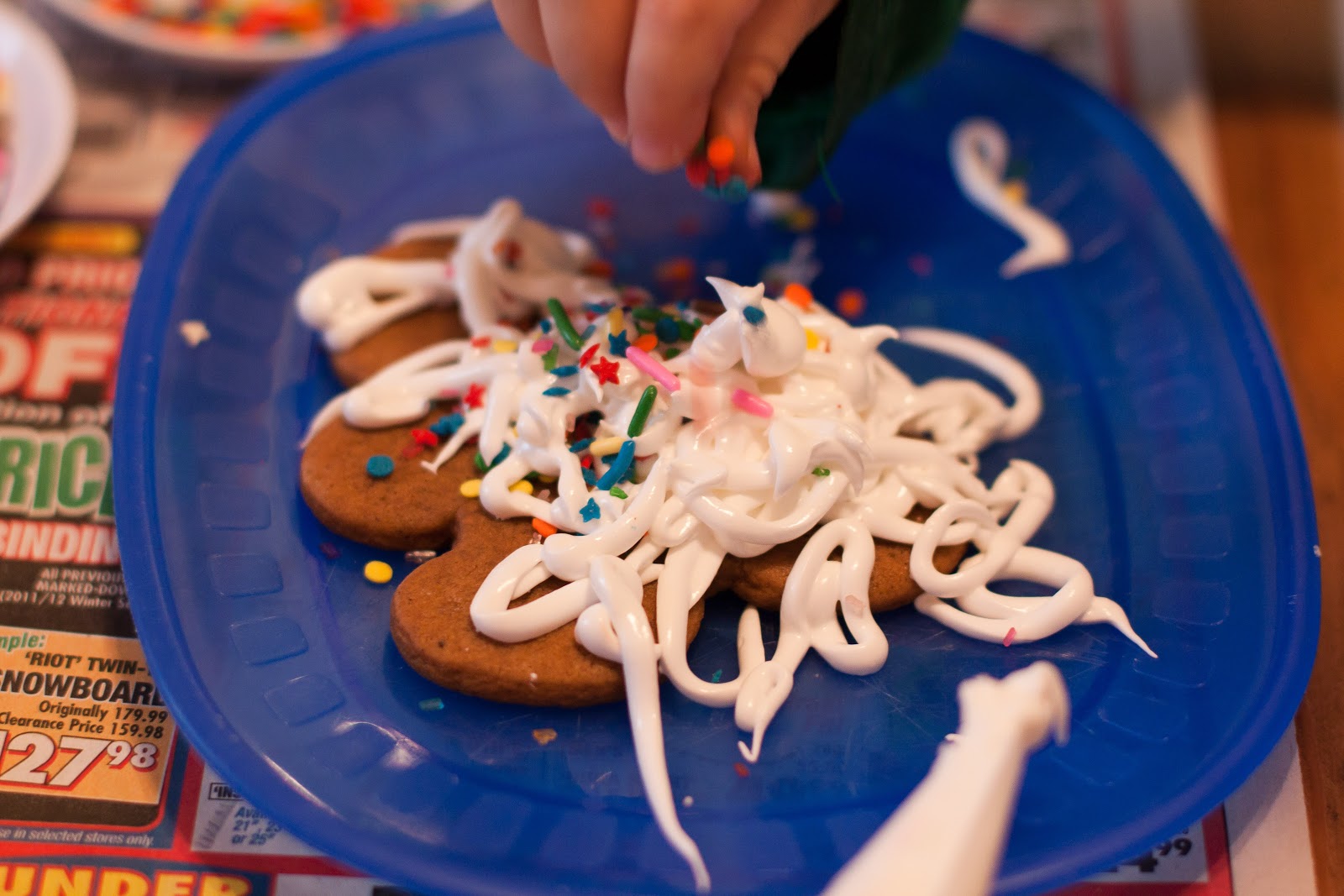 I got to realize yet another of my culinary dreams this year: snowflake sugar cookies!  I've wanted to make these ever since I saw them in a Martha Stewart magazine nearly a decade ago and have finally practiced enough with royal icing to feel like I wouldn't completely botch my first attempt.  I'm really please with how they turned out. 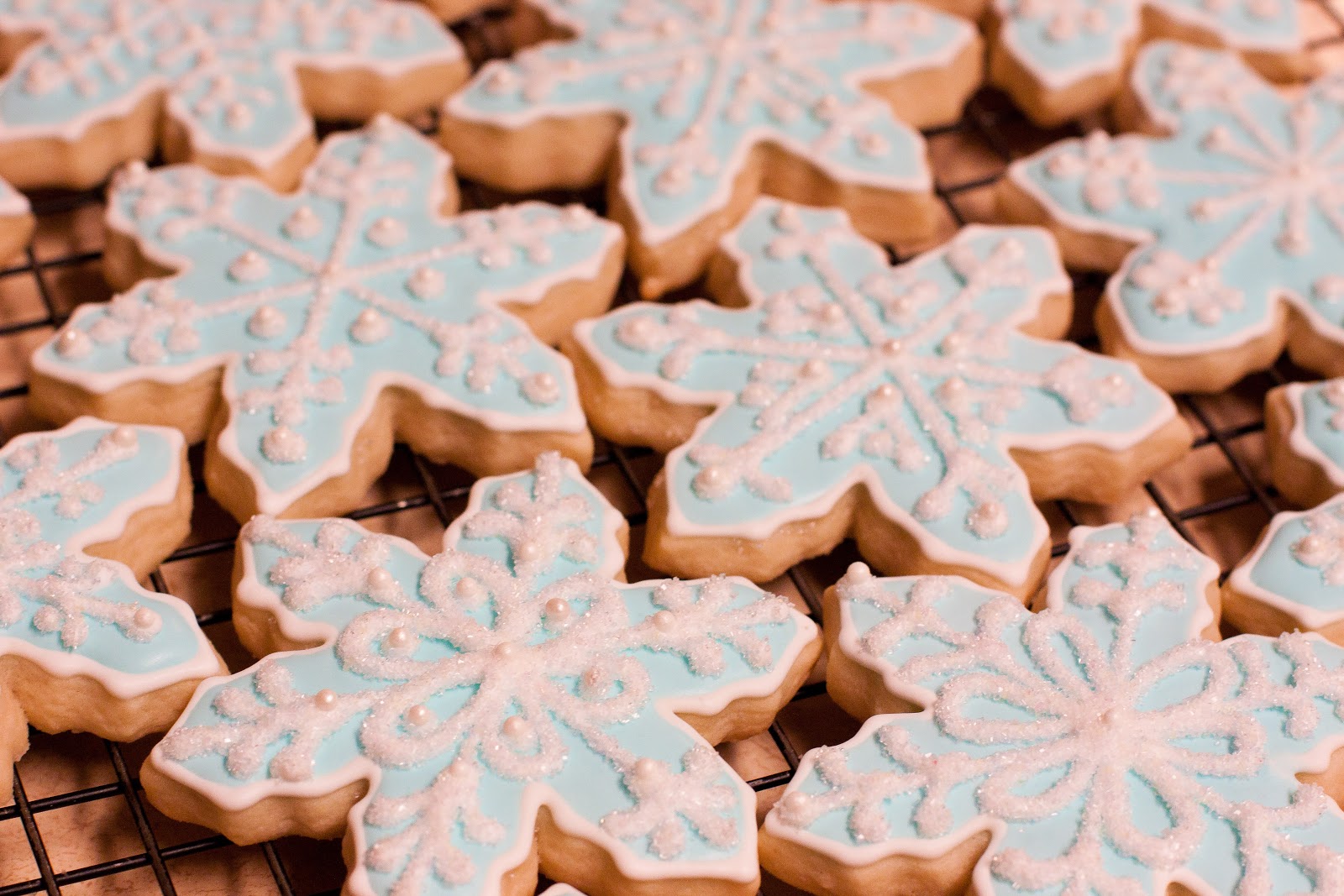 Christmas morning was all things wonderful for the whole family.  We never seem to get more than a couple of pictures of Christmas morning each year - too busy enjoying the moment to record it I guess.  But here's one of the boys playing with their new kitchen from their grandparents. 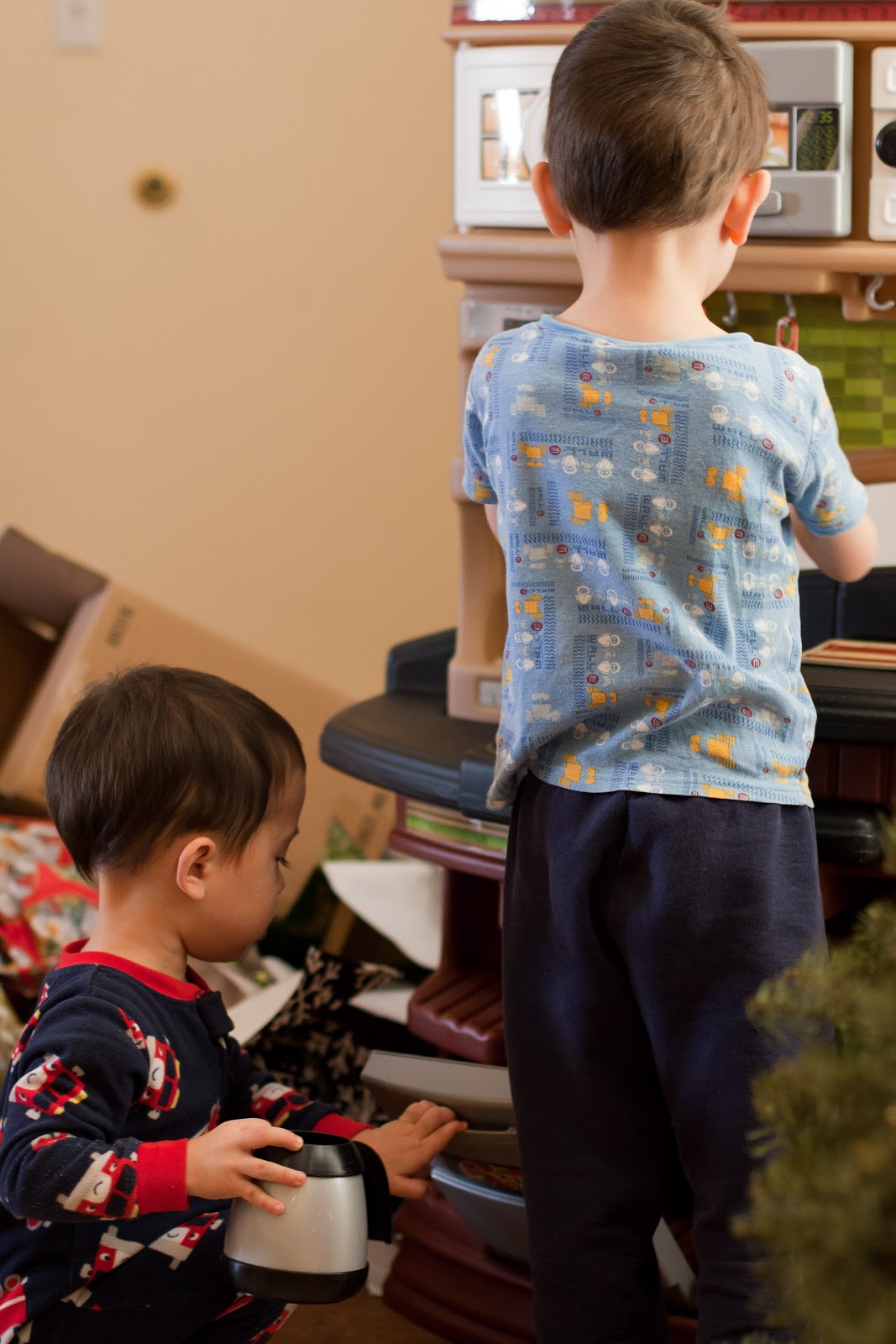 And Elinor, who slept through Christmas morning, has decided to make it her new year's resolution to be able to stuff both her fists in her mouth. 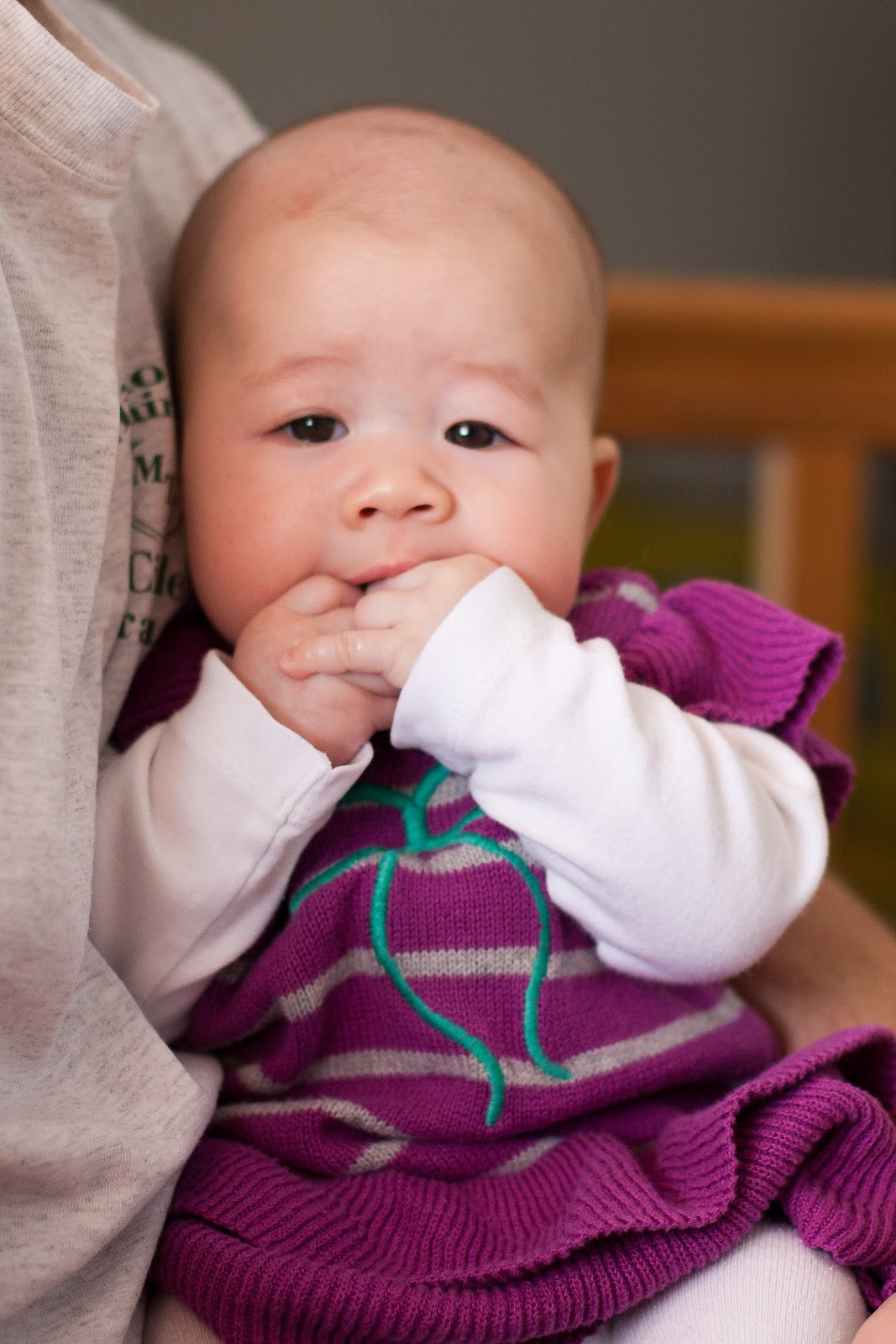 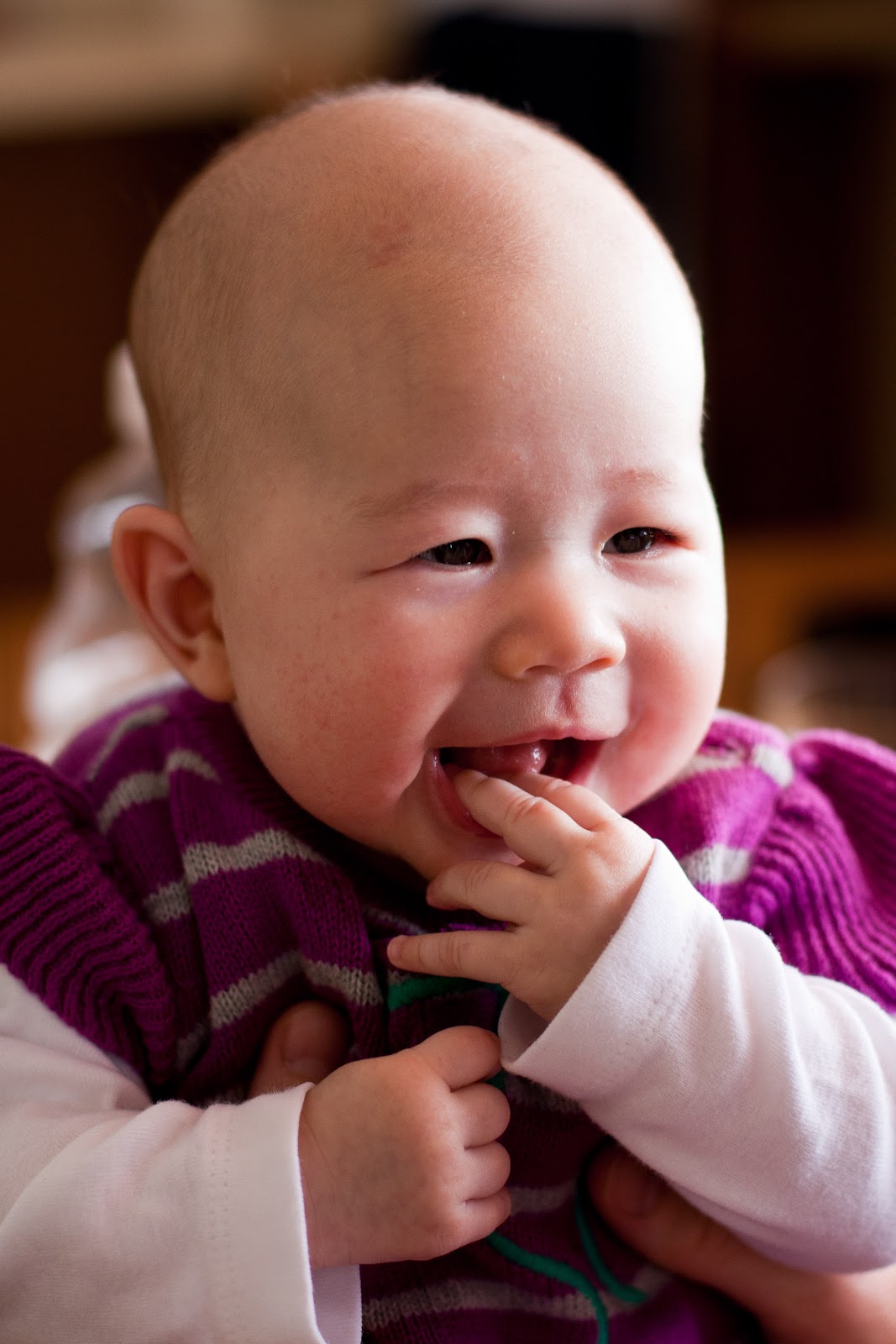 Hope everyone had a very merry Christmas and a happy New Year (ours was spent having a movie/video game marathon, as we are just about all sick in this house)!