Since the arrival of Baby Sister, as she is generally referred to in this household, we've had some mixed reactions from Isaac and Samuel. 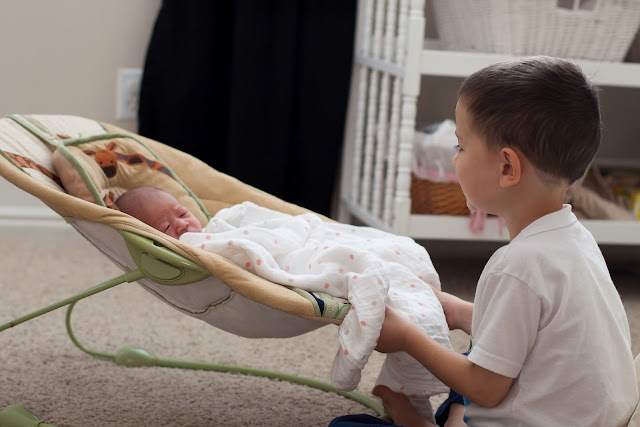 Isaac, sweet boy that he is, has generally been a doting big brother.  He spent the days leading up to her birth making different toys for her and a crown for her to wear, because "baby sisters need crowns because they are girls."  He spends minutes on end (a long time for a kid) just gazing at her in her swing or bed.  He's the first one at her side to try and soothe her when she wakes up crying.  He frequently asks when she'll be waking up so he can play with her.  He strokes her cheeks and hair lovingly and constantly talks about how cute she is.  You pretty much couldn't ask for a better older brother than Isaac. 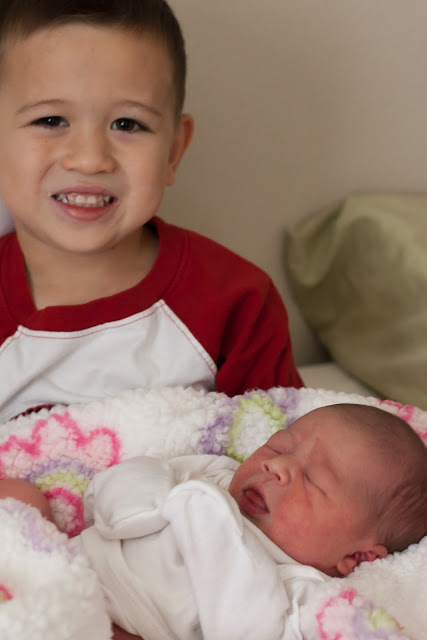 Samuel was a little less than enthusiastic to meet his baby sister.  This picture was taken the first time he met her, after he'd declined seeing or touching her.  See the resentment in his eyes? 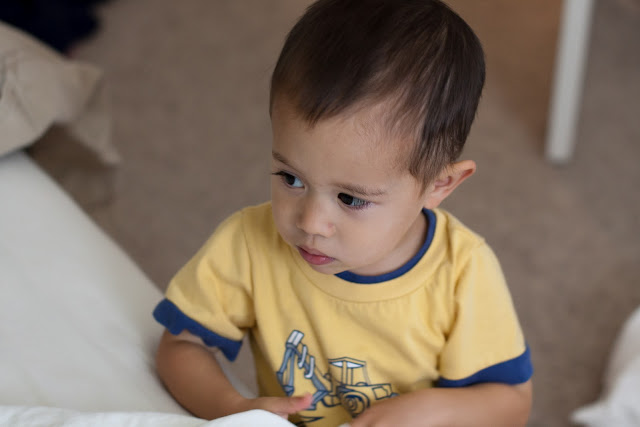 Thankfully, he warmed up to her on the second day.  It was the bouncy seat that convinced him she was alright.  Something about having the power to bounce this tiny little thing by himself must have given him a sense of responsibility for her and he has been sweet to her ever since. I love the look of wonder in his face here... or maybe he's just trying to see how high he can make her bounce. 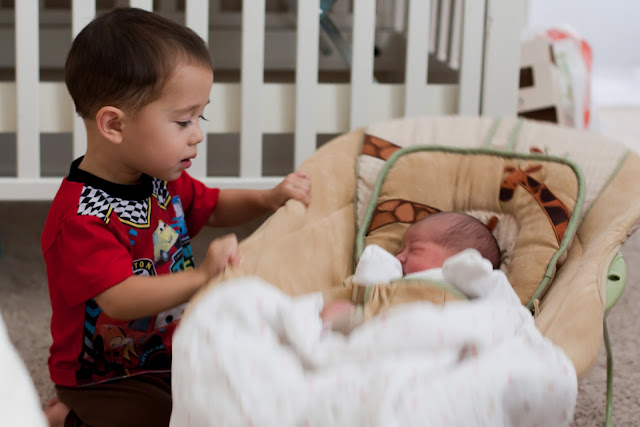 While his world doesn't revolve around her the way Isaac's does, Samuel still enjoys watching her nurse and giving her the occasional kiss.  He has definitely had a harder adjustment to the new baby, but he's handled it well considering how much of a mama's boy he was.  Still, every morning around 6:30 I can expect to find Samuel in bed with me regardless of where the baby is.  I'm learning to put her back in her crib before then or else run the risk of a squished newborn, because there is no way that toddler is giving up his early morning cuddle time with Mommy! 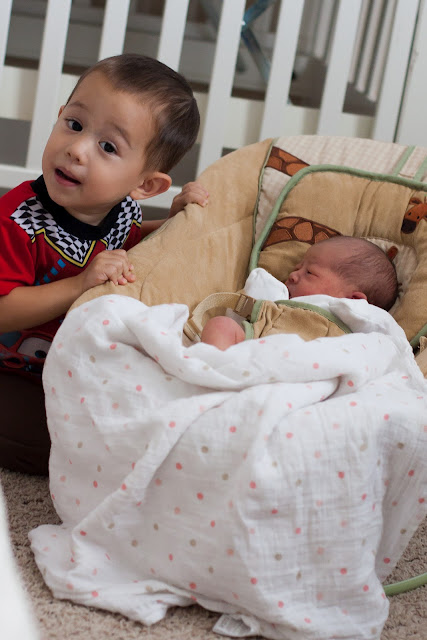 I find that I'm enjoying Isaac and Samuel so much more lately, probably because my time with them is so much rarer and therefore more precious.  Isaac's imagination and creativity are boundless, and Samuel's joie de vivre and intuitive knowledge of humor keep us all laughing throughout the day.  So while I'm definitely baby-drunk these days, I'm also quite kid-drunk.  What can I say?  I'm a lush! 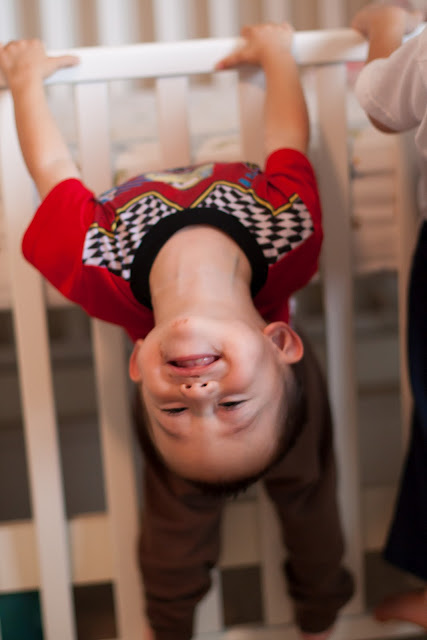 Posted by Maxine Parrish at 8:25 PM